A Midnight’s Classic Picnic
The New York Philharmonic’s “Concert in the Park” series will begin like a summer night’s respite in the middle of a forest.
New York may be well known for its high prices, but look a little deeper and there are tons of attractions that can be accessed for free. Especially when the sun starts to set, various outdoor festivals and performances like “Out of Doors” at the Lincoln Centre and “Bryant Park Movie Nights” kick off. That may be the reason why New York is filled with excitement at any time of day. Of the many performances, the best of all may just be the New York Philharmonic’s “Concert in the Parks” series. Having started in 1965, this year marks the 54th year of the festival series, which sees outdoor concerts held in parks around the city. It is now one of the biggest festivals and a sure sign that summer has arrived. It is a uniquely attractive opportunity to watch one of the world’s most famous orchestras perform for free in such pleasant surroundings. Rather than sitting in an assigned seat in a confined space, audiences get to listen to classic music with their loved ones in the park, surrounded by nature. This is something that can only be enjoyed at this time of year in New York. As the concert is open to the public, a lot of people who don’t necessarily know much about classical music have the opportunity to make their way to the park to enjoy the festival.

The New York Philharmonic’s “Concerts in the Parks” series is held in parks New York City’s five major boroughs — Central Park in Manhattan, Van Cortlandt Park in the Bronx, Prospect Park in Brooklyn, Cunningham Park in Queens and on Staten Island. Aside from the free indoor concert on Staten Island, all the other performances are outdoors and start at 8 p.m. As if watching classical music under the night’s sky wasn’t romantic enough, concerts end with a grand finale lit up by fireworks. The whole of New York City transforms into a festival during the week the concerts are held. 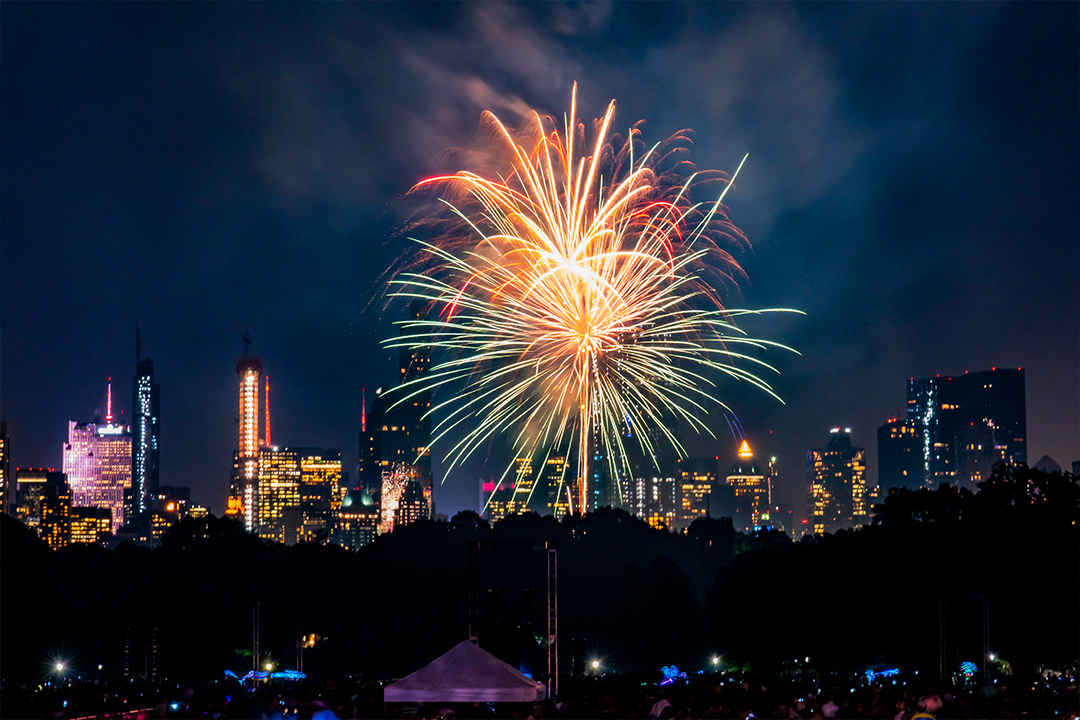 The festival, loved by New Yorkers, started in Central Park on August 17, 1965. The idea of hosting an outdoor concert came after the New York Philharmonic held an outdoor concert in Milwaukee, Wisconsin in 1964. At the time, the free concert was held with the sponsorship of the Joseph Schlitz Brewing Company. Following the successful, the New York Philharmonic considered holding similar concerts around New York. As the first Central Park event pulled in about 70,000 people, a good 15 times more than expected, the organizers realized they were on to something special. Visitor numbers continued to increase and by 1973, 110,000 people were attending. Since 2007, the concert series has been sponsored by New York Philharmonic Chairman Oscar Straus and Didi. 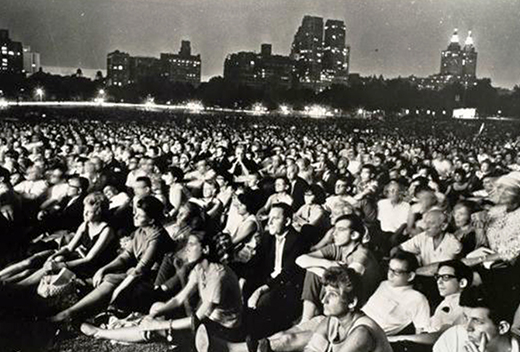 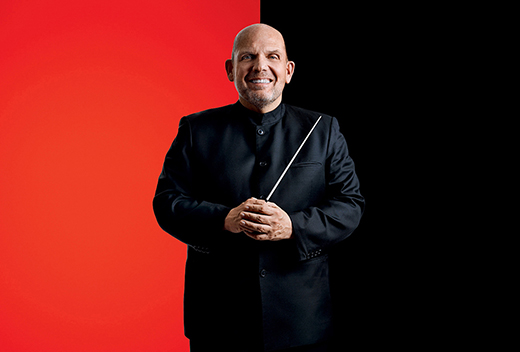 The Concert in the Parks series will be back this summer. Directed by New York Philharmonic’s music director Jaap van Zweden, the orchestra will perform Gioachino Rossini’s opera La Gazza Ladra and S. Rachmaninov Symphony No. 2, as well as composer Aaron Copland’s Rodeo Hoe-down. Hoe-down has the components of a traditional American classic and is the last part of Copland’s Rodeo ballet. It also allows listeners to experience southern American music. The orchestra will also perform pieces written by young composers from New York City. 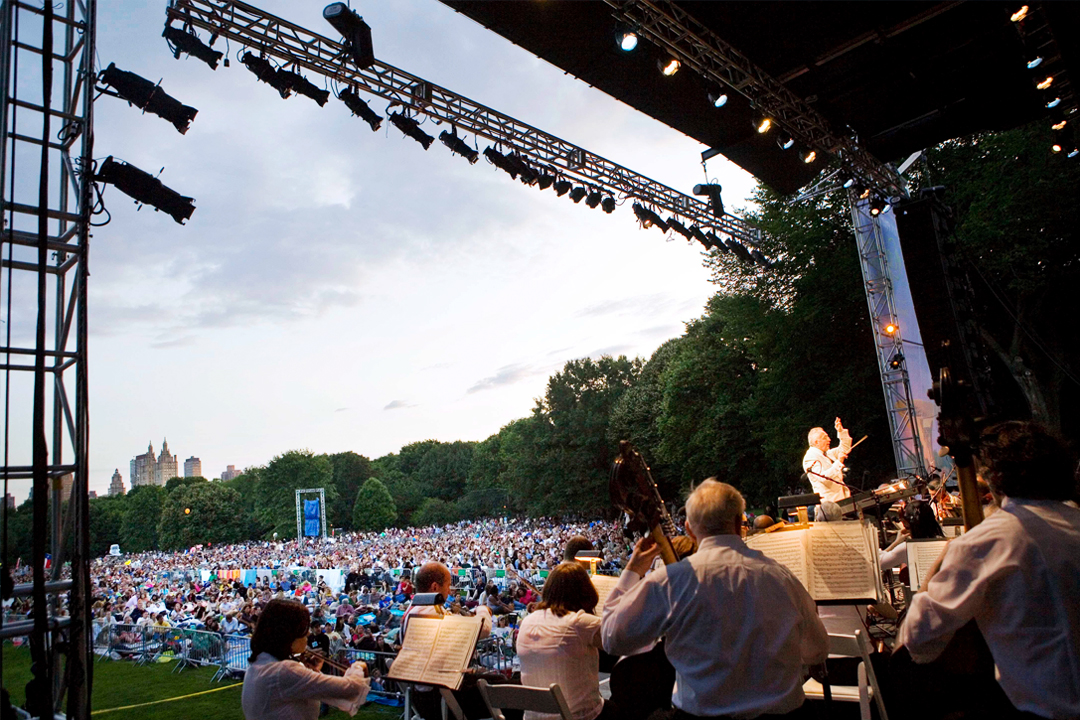 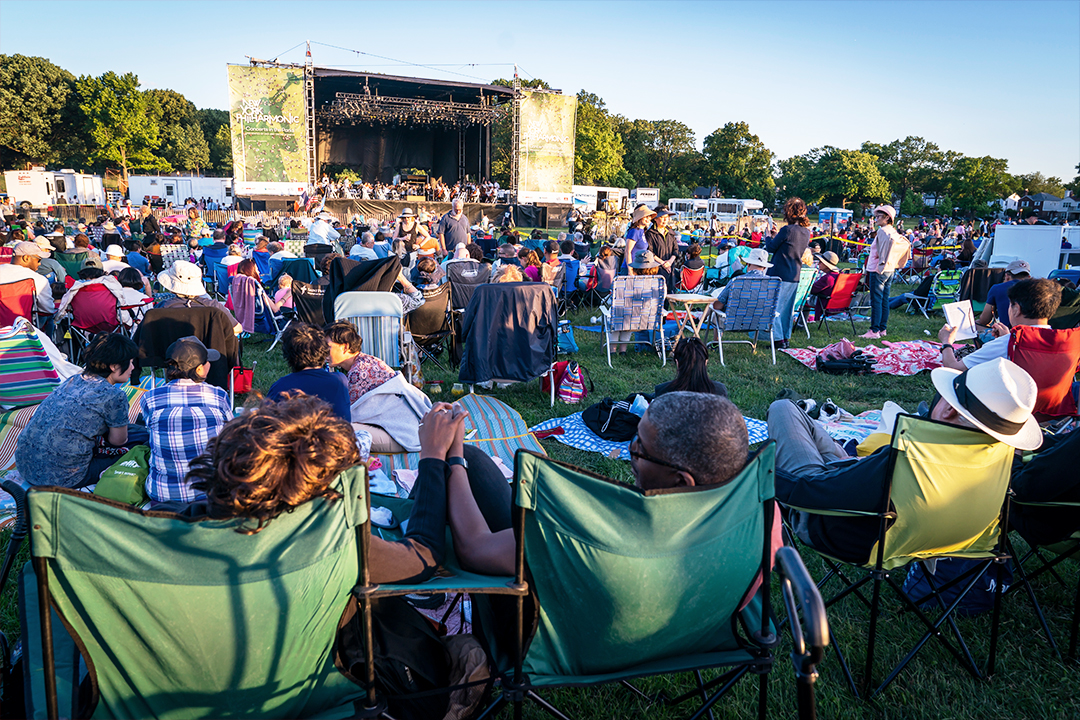 Information
To better enjoy New York Philharmonic’s Concert in the Park, it’s best to bring along a mat or a blanket, something to eat and of course some good company to enjoy the music with. Since audiences start arriving at the site hours before the concert starts, it’s better to get there early to get a good seat. If you go with friends and make sure to take some food along, the time before the show will pass quickly as you eat and chat. Although it might seem like the perfect opportunity for a nice cool beer or a glass of wine, it’s important to remember that in New York drinking in public is illegal.
Schedule
June 11, 8 p.m. at Van Cortlandt Park in the Bronx, New York
June 12, 8 p.m. at Great Lawn in Central Park in Manhattan, New York
June 13, 8 p.m. at Cunningham Park in Queens, New York
June 14, 8 p.m. at Prospect Park in Brooklyn, New York
June 16, 4 p.m. at St. George Theatre in Staten Island, New York
Free entrance
Phone number +1-212-875-5709
Website nyphil.org