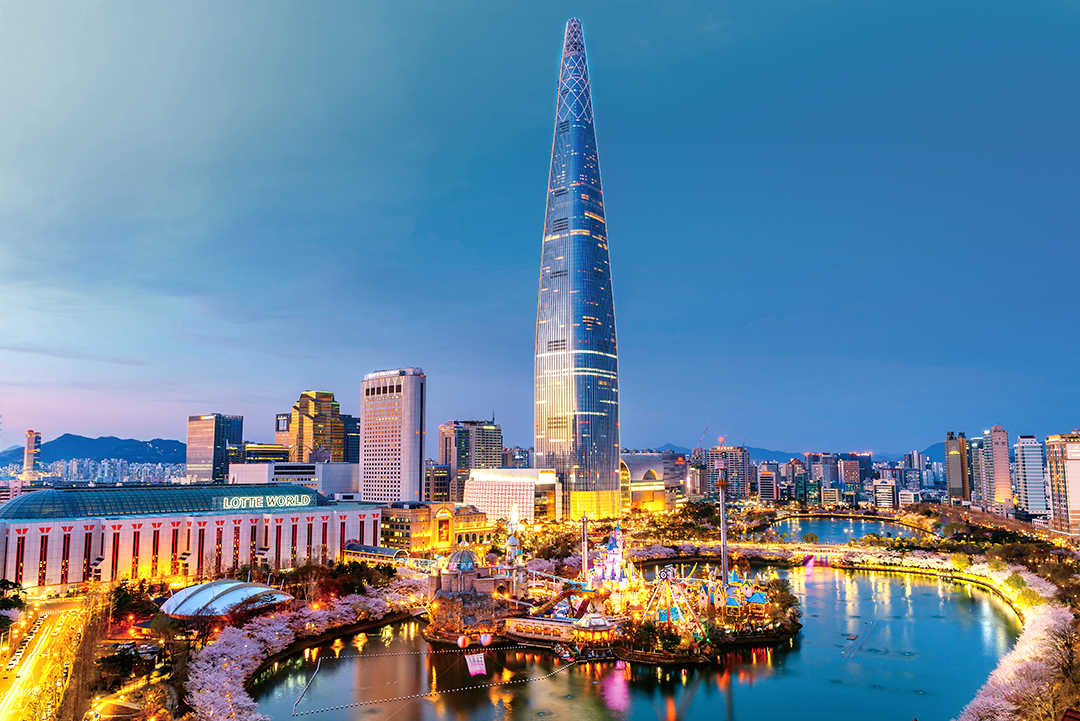 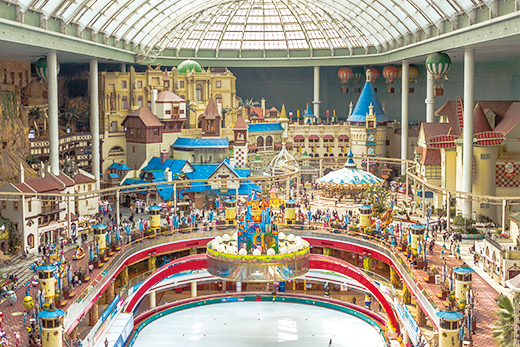 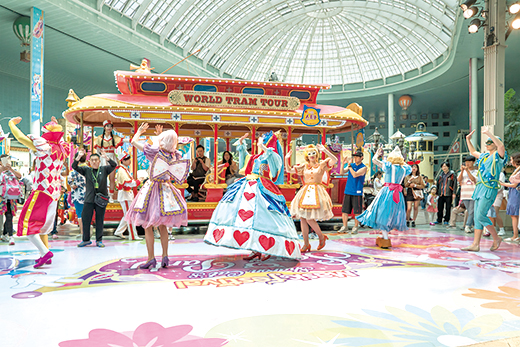 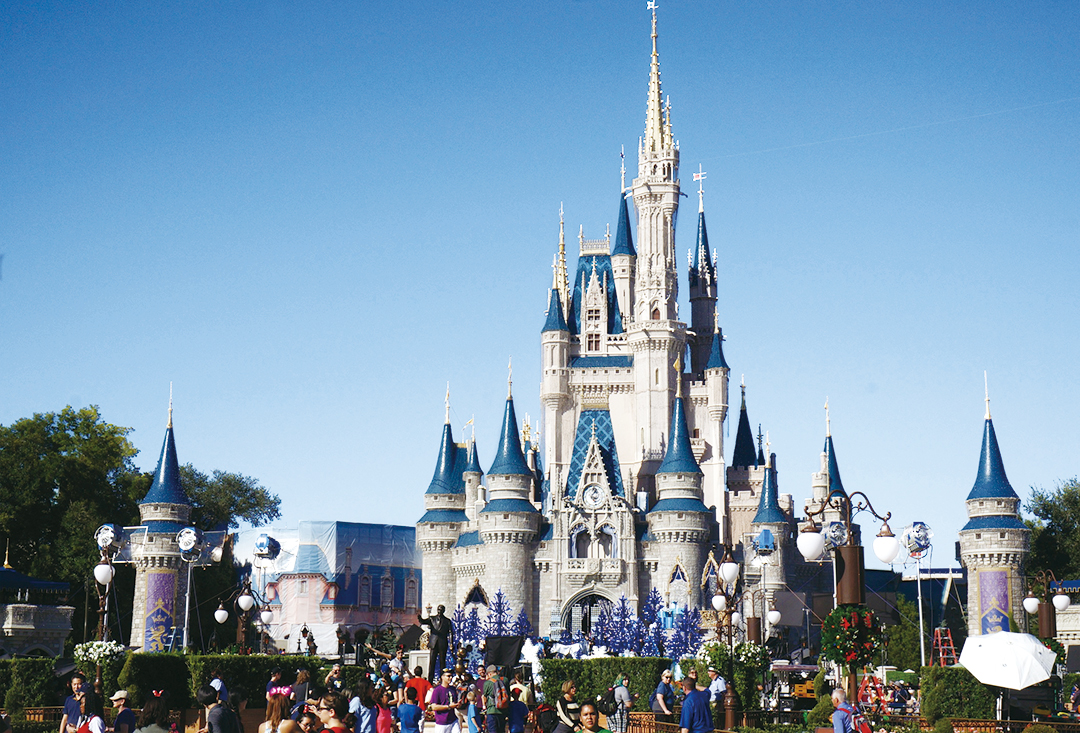 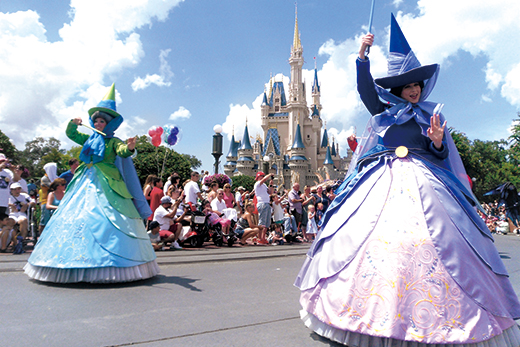 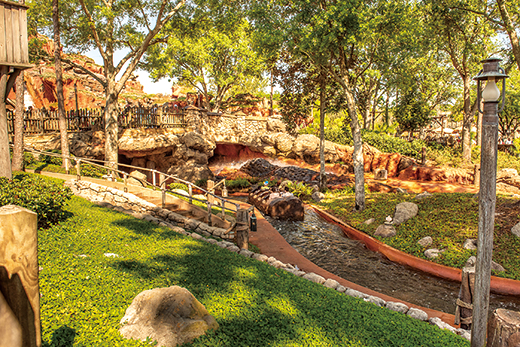 Magic Kingdom, the star of Disney World
Lake Buena Vista, United States | Walt Disney World, located in Lake Buena Vista, Florida, is a sacred place for theme park lovers around the world. It covers nearly 2,023 square kilometers and is home to four distinct theme parks – Animal Kingdom, Disney’s Hollywood Studios, Epcot and Magic Kingdom.
Of the four, Magic Kingdom is the oldest, opening in 1971. This year marks its 48th anniversary, and, fittingly, it is now the most popular theme park in the world, pulling in roughly 20 million visitors every year.
The layout and attractions are based on Disneyland Park in California, with one of the most famous attractions in the park being the Cinderella Castle, seen at the beginning of every single Disney film. Every day, fancy parades including Mickey Mouse and other Disney characters are held at the castle.
Magic Kingdom’s famous attractions include Space Mountain, a high speed outer space-themed rollercoaster, and Splash Mountain, a boat ride that shows the characters and stories with a climatic steep drop.
Website disneyworld.disney.go.com/destinations/magic-kingdom/ 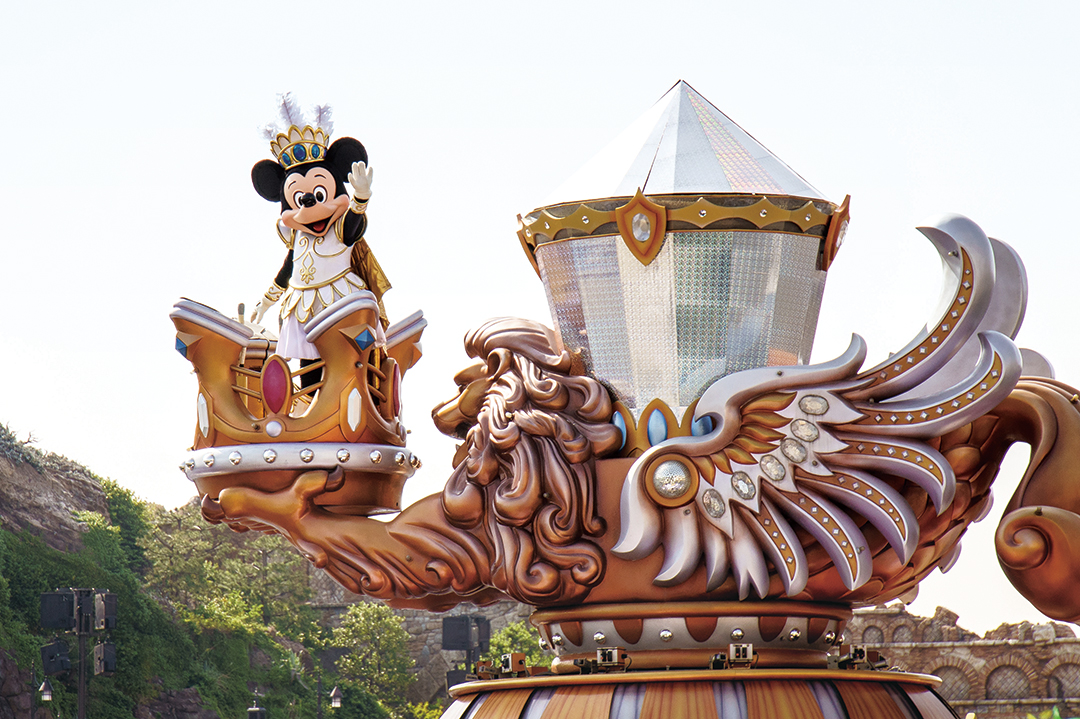 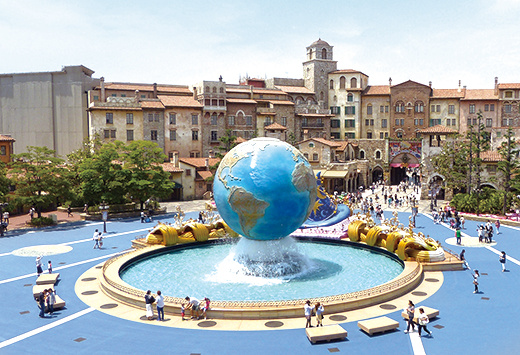 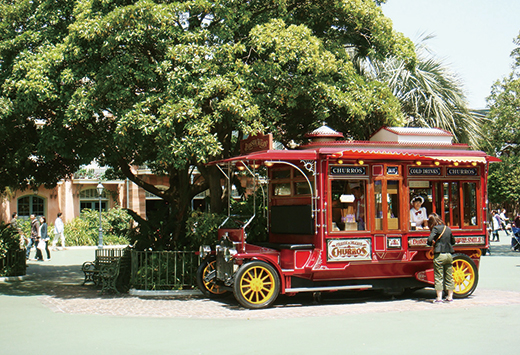 Tokyo Disneyland, the world’s only ocean-themed Disneyland
Tokyo, Japan | Disneyland doesn’t only exist in the United States. Opened in 1983, Tokyo Disneyland was the first Disneyland created outside of the United States and averages 16 to 17 million visitors each year.
The park is divided into seven different themed sectors: Tomorrowland, World Bazaar, Adventureland, Westernland, Critter Country, Fantasyland and Toontown. Like other Disneyland’s, it is also the scene of parades and performances all year long. Popular attractions include the Pirates of the Caribbean ride, Space Mountain and Splash Mountain.
In addition to Tokyo Disneyland, the theme park is also home to Tokyo DisneySea, the world’s only ocean-themed Disneyland. Attractions include the Mermaid Lagoon Theater, where visitors can enjoy the Under the Sea musical show, as well as “20,000 Leagues Under the Sea,” a submarine ride.
Best of all, Tokyo Disneyland is only about 25 minutes drive away from LOTTE City Hotel Kinshicho. After a fun day at Disneyland, tourists can enjoy LOTTE Hotel’s beautiful scenery and its premium facilities and services.
Website www.tokyodisneyresort.jp/en/ 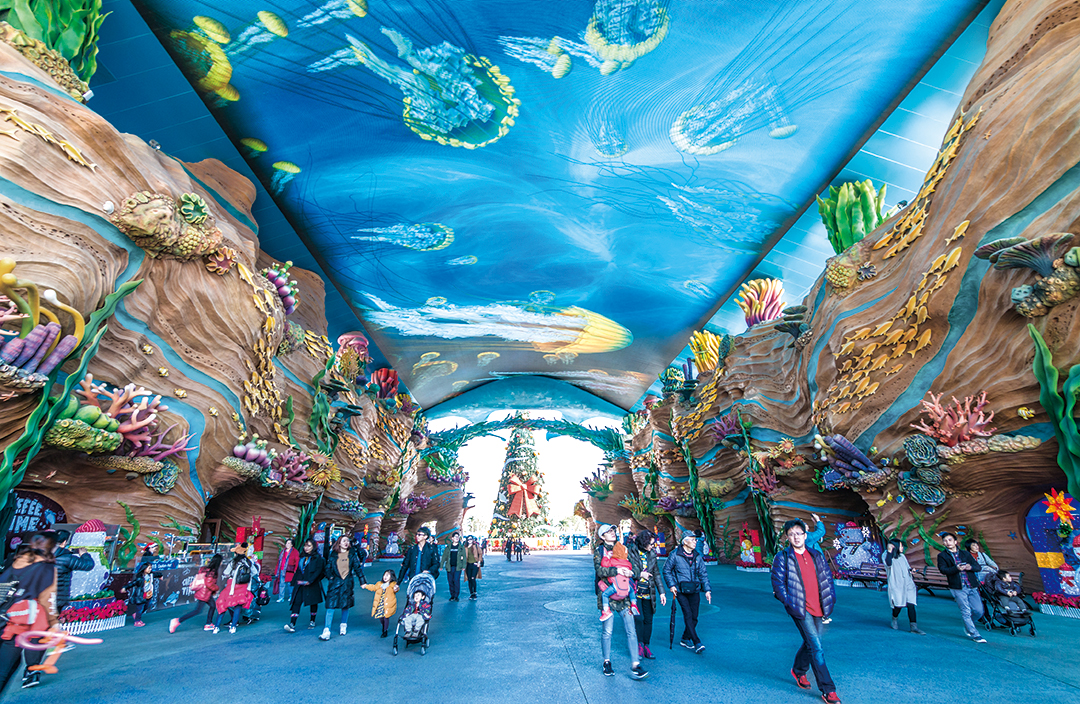 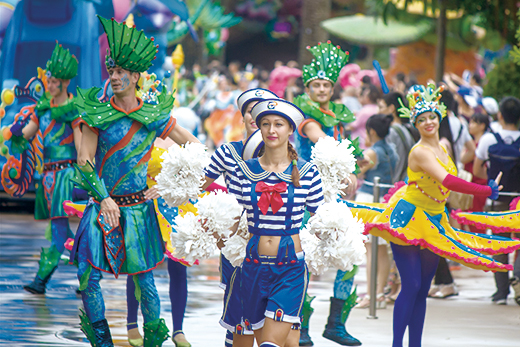 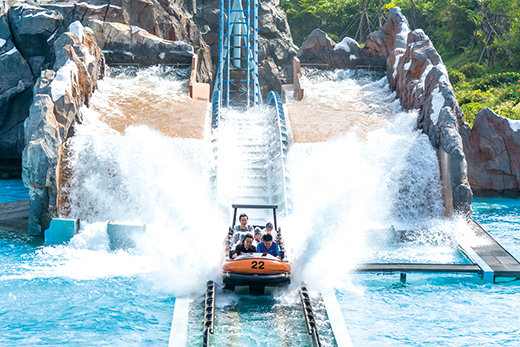 Chimelong Ocean Kingdom, a theme park on a whole new scale
Zhuhai, China | In Zhuhai, located in the southern central part of Guangdong Province, there is the world’s biggest marine theme park, Chimelong Ocean Kingdom. Just like its name, Chimelong Ocean Kingdom, which opened in March 2014, is an ocean-themed park. It averages about 9 to 10 million visitors per year, the most of any theme park outside of the Disney and Universal Studios families.
The park is divided into eight different zones - Ocean Avenue, Dolphin Cove, Amazing Amazon, Ocean Beauty, Polar Horizon, Hero Island, Mount Walrus and Hengqin Ocean - as well as animal exhibits. The biggest characteristic of this theme park is its aquarium. In 2014, the aquarium set the Guinness world record as the largest in the world, requiring 4,875 liters of water.
It also has various rides like the parrot coaster, which is a wing rollercoaster, and polar explorer, a water ride.
Website zh.chimelong.com/Oceankingdom/ 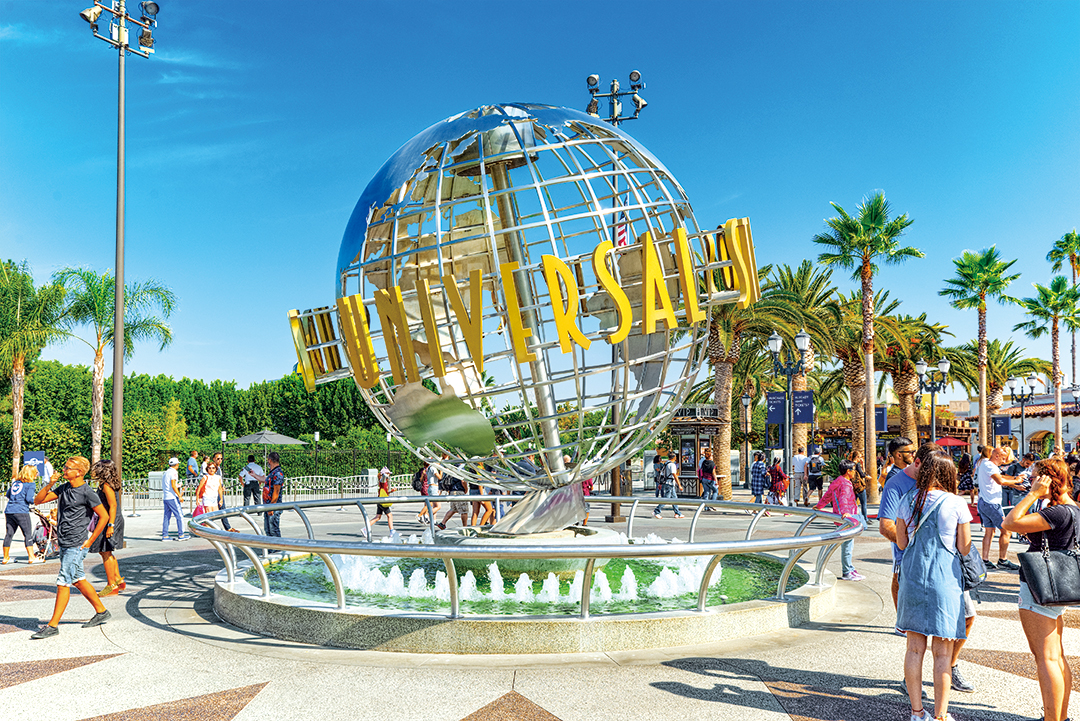 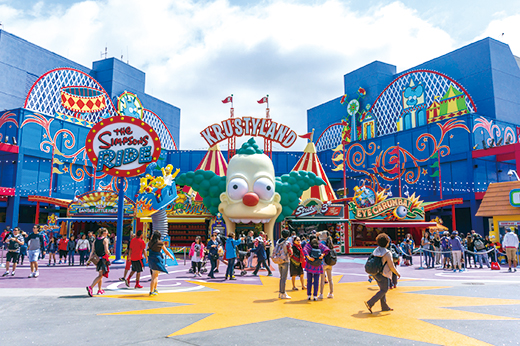 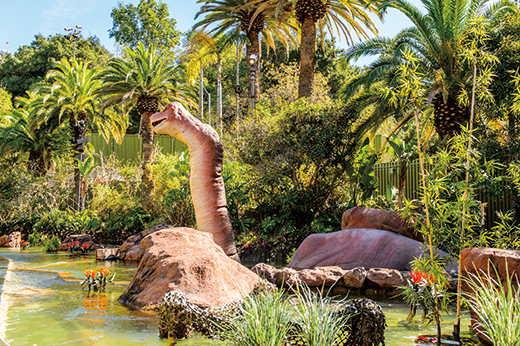 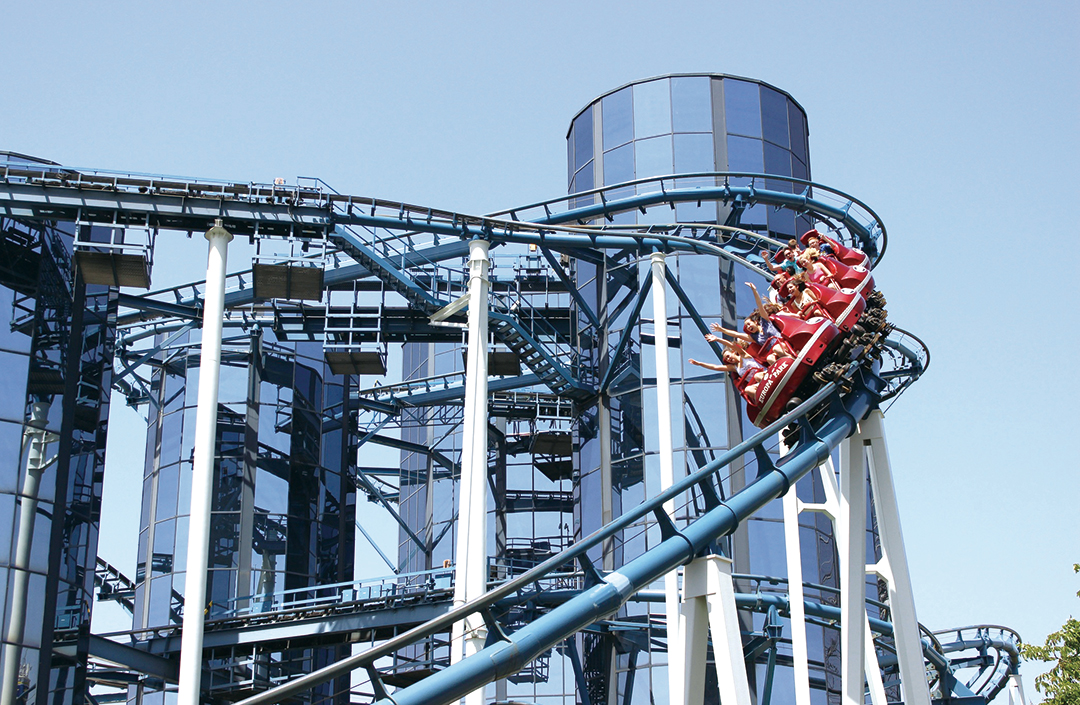 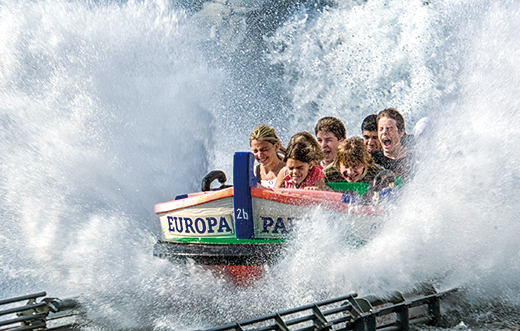 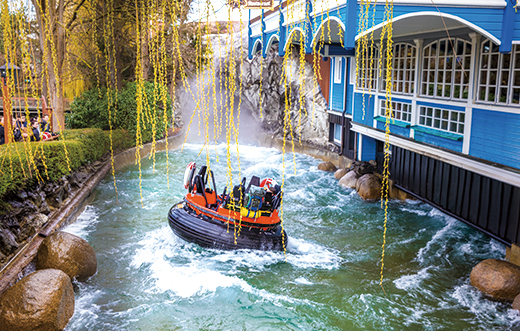 Europa Park, heaven for rollercoaster lovers
Rust, Germany | Located in Rust in southwest Germany, Europa Park may not be well known in Korea but it is one of the most popular theme parks in Europe. It attracts about 5 to 6 million visitors on average each year. Europa Park is divided into 15 European-themed zones, as well as offering a large variety of rides and parades every day.
Europa Park is known as a “heaven for rollercoasters,” as it has 13 rides. Some of the notable rollercoasters include Blue Fire Megacoaster, which catapults riders from 0 to 100 kilometers per hour in just 2.5 seconds, Alpenexpress Coastiality, a VR ride, Euro-Mir, which passes through two enormous mirrored towers, and many more.
Of the many rollercoasters, Silver Star, travels as fast as 130 kilometers per hour while reaching up to 73 meters high, earning it a reputation as one of the most thrilling rides in the world.
Website www.europapark.de 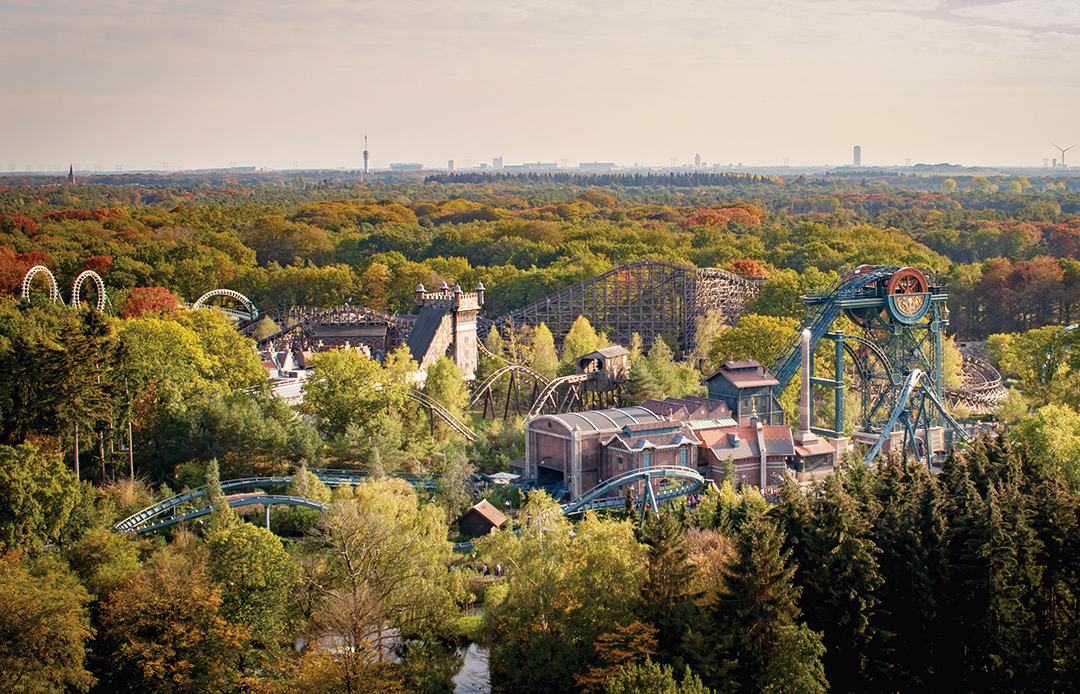 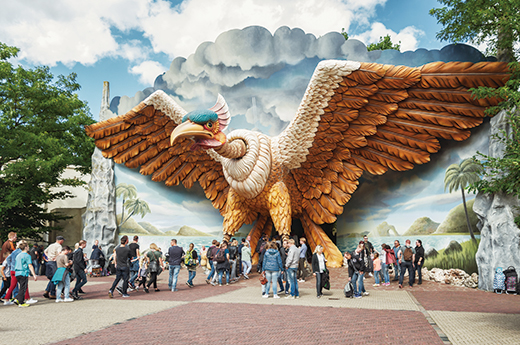 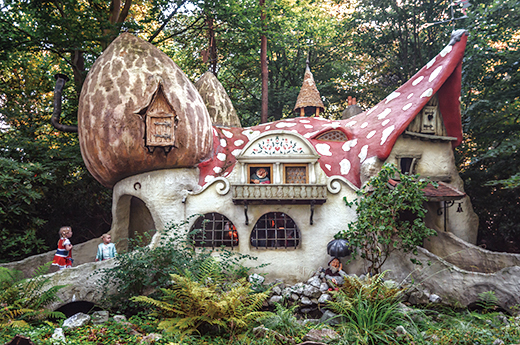 De Efteling, an 86-year-old theme park
Kaatsheuvel, Netherlands | Theme parks in Europe have a long history. Of all those parks, Netherland’s De Efteling is one of the oldest, as it marks its 86th year. It was first built by two clergymen in 1933, with the goal of opening an amusement facility for children.
De Efteling is the third oldest amusement park in Europe, after Dyrehavsbakken which opened in 1583 and Tivoli Gardens, which opened in 1843. Both amusement parks are located in Denmark.
De Efteling attracts about 5 million visitors each year. It is known for its Fairytale zone. In addition to the fairytales, De Efteling has a lot more themed areas, built with creative and mysteriously designed sculptures and characters. Although it’s an old amusement park, De Efteling also includes new attractions. Popular attractions include Barron 1898, which reaches speeds of 90 kilometers per hour at a height of 37.5 meters, and De Vliegende Hollander, a water ride.
Website www.efteling.com