Taehwagang National Garden, Created by Nature, Nurtured by Ulsan
Taehwagang National Garden in Ulsan has been named the national garden for the second time in Korea. To celebrate this, LOTTE HOTEL ULSAN has prepared a promotion.
Every summer, some 8,000 herons flock to nest near the river. When the heat subsides and the mercury level drops, over 53,000 rooks fly in to spend the winter. At the mouth of the river, short-neck clams have formed a natural habitat which grew to become the largest production site in the country. It’s the story of the Taehwa River, or Taehwagang, touted as the river of life by the city of Ulsan. 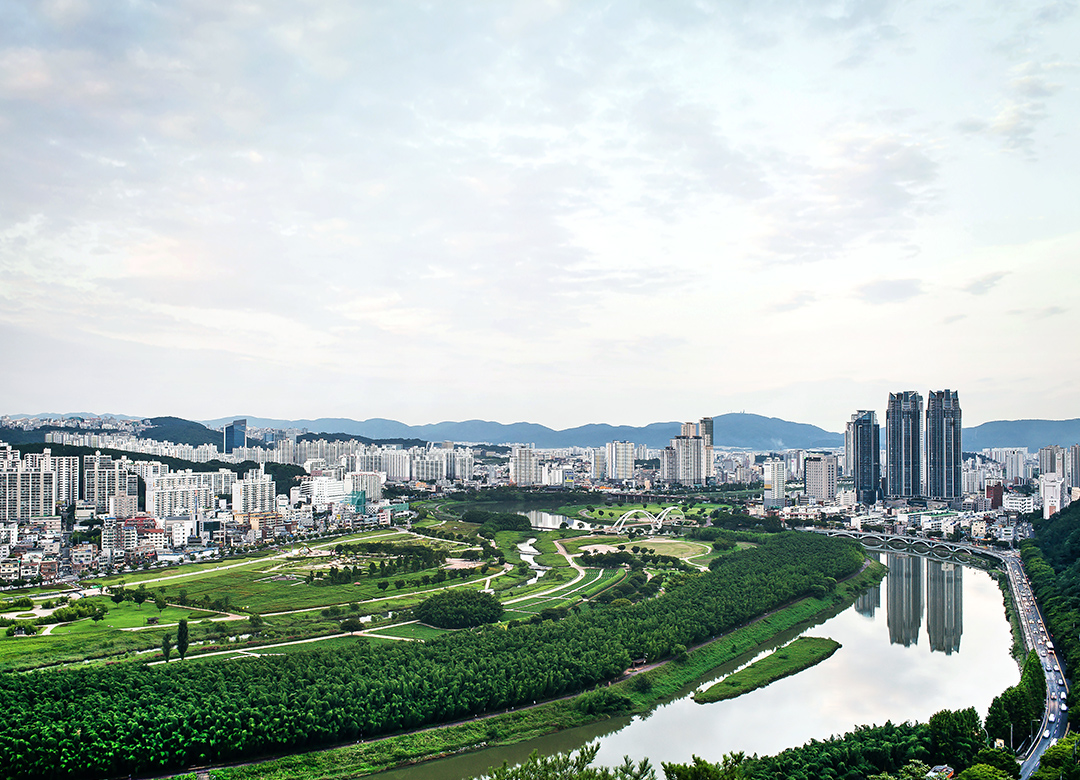 Lifeline of Ulsan, Taehwa River
The Taehwa River runs 47.54 kilometers long and drains an area of 643.96 square kilometers. Originated from nearby Gaji Mountain and Baekun Mountain, the streams that form the river pass 57 tributaries, merge in Ulsan, and finally flow out into the East Sea. That’s why the Taehwa River is called the lifeline of Ulsan. Twenty-five years ago, however, the river did not play its part well. The water quality was so bad that it couldn’t even be used for agriculture. With Ulsan being the nation’s leading industrial city, the river had to pay the price. It was a dire situation. The city began banning the inflow of industrial waste into the river, built a sewage treatment plant, and removed illegal fishing facilities. For years, citizens, organizations, and businesses joined hands to purify the river and the surrounding areas. The continued management and maintenance works helped the water quality of the lifeline to reach the top level. Now that the water is clean, salmons, sweetfish, and daces have returned. The river is also home to otters. 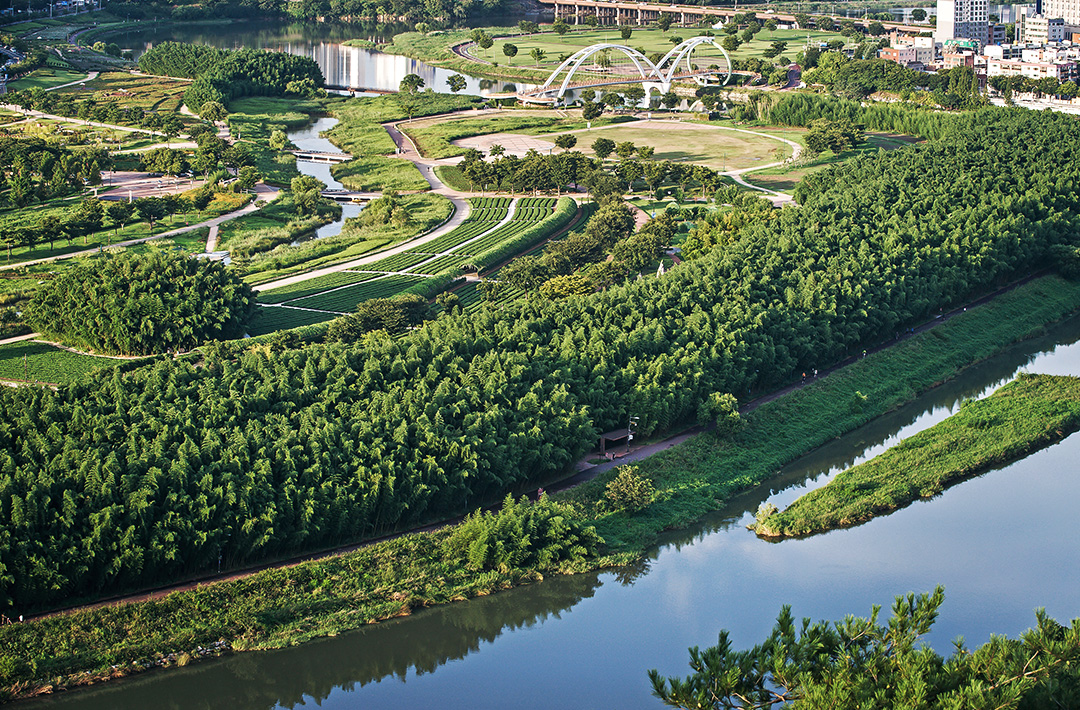 Korea’s National Garden No. 2
Around the Taehwa River, a local garden was built to create a space where people can take a walk and experience the diverse features of local gardens. Over 1.5 million visitors travel to Ulsan each year to check out this first Korean waterside ecological park. Good news arrived at the local garden this past July, as it was designated as the second national garden of Korea, after Suncheon Bay National Garden. It officially became “Taehwagang National Garden.”

The national garden is largely divided into Taehwa District and Samho District. At 531,000 square meters in size, the Taehwa district is 2.3 times larger than Seoul’s Yeouido Park. The garden is surrounded by flowering plants such as canola flowers and forage barley. It has a performance stage, streamlet, bamboo eco center, and trails. Simni Bamboo Grove, the most famous place in Taehwagang National Garden, is also located in the Taehwa district. Visitors can spend time taking pictures in the designated photo zones in the butterfly eco center, gourd tunnel, and other themed gardens. 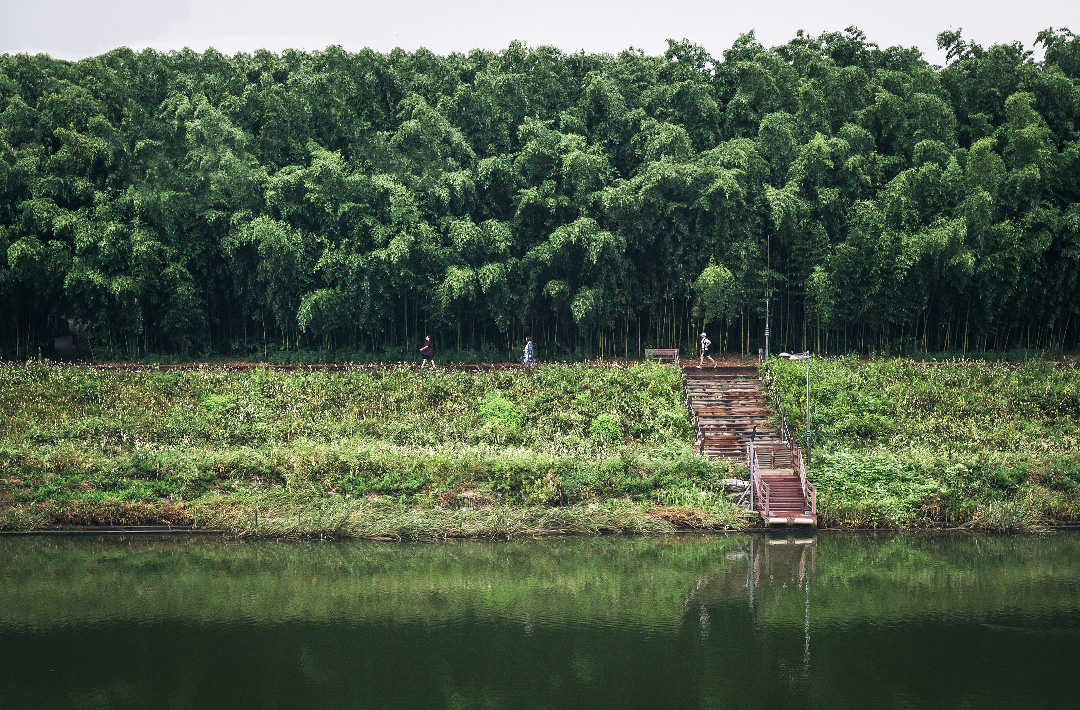 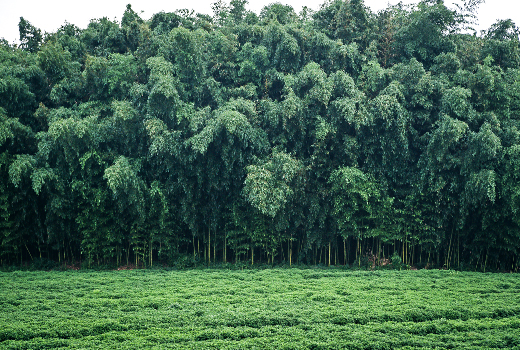 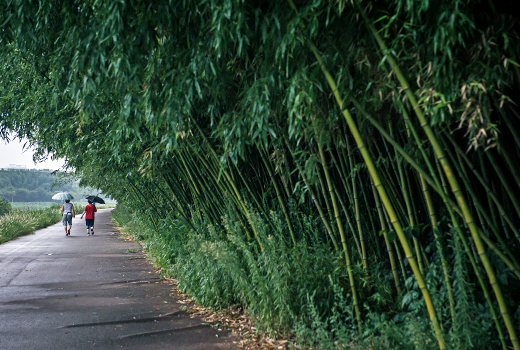 Trail by the river at bamboo forest

The Samho district is more loved and frequented by the residents of Ulsan who are familiar with the Taehwa River. Samho Bamboo Forest where herons and roots take turns seasonally to occupy is in fact the largest sanctuary for migratory birds in Korea. The district has the recently-restored bamboo forest as well as the existing bamboo field. It also offers a grassy field, wildflower garden, and trails. An early morning walk on the trail between bamboo trees and the river on a slightly foggy day or an evening walk at sunset are recommended. It will be a great opportunity to experience the Taehwa in its natural state, without the manmade additions. 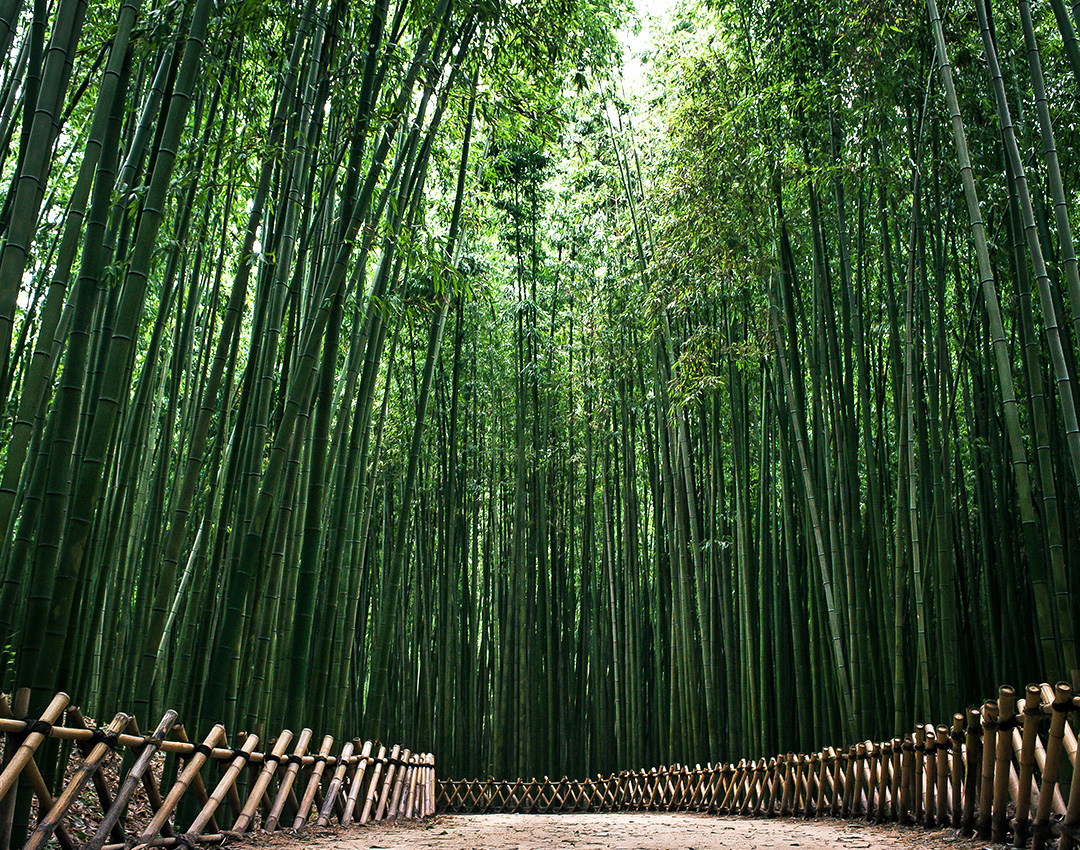 This area was frequently flooded in the past, resulting in agricultural losses. During the Japanese colonial era, residents in the area planted bamboo plants in the river banks to prevent flooding, and that was the beginning of the bamboo forest. It was designated as one of the top 20 ecological tourist sites in Korea, and since the official garden was formed, various seasonal events have been taking place around the grove. 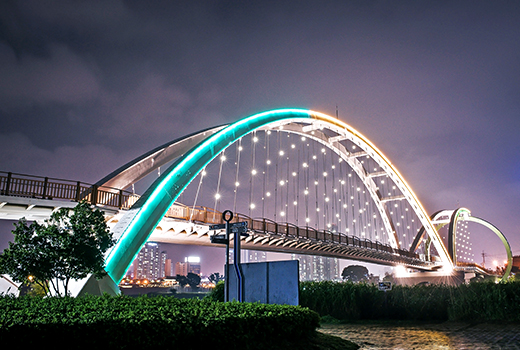 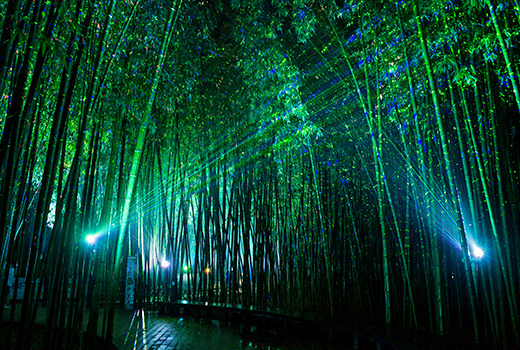 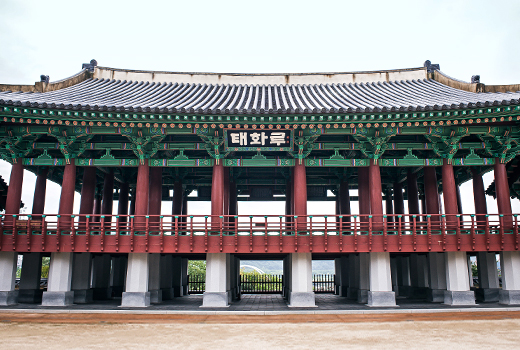 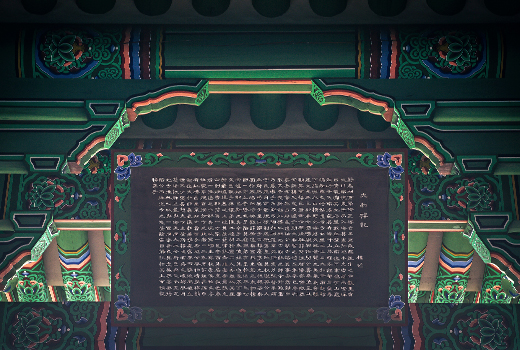 Taehwaru by Taehwa River. It was lost for some 400 years before being restored in 2014.

If you walk about 100 meters into the bamboo grove after sunset, you will find yourself on the starlit milky way. Thousands of LED lights installed along the trail create an image of the galaxy. A popular destination for couples enjoying a date night, the LED zone has been extended from 100 meters to 400 meters.

In summer, Simni Bamboo Forest becomes a venue for a set of special events lasting several days. It’s called the Ulsan Taehwa Horror Festival. It kicks off in August and lasts four days. Events include rock band performances, film screenings, and ghost costume play. The most popular event is the horror trekking, where you’re given a chance to experience passing a 200-meter-long bamboo forest in darkness. There’s an average 4-hour waiting list. You can only imagine how scary it will be as the Ulsan Theatre Association is in charge of staging the terrifying set. 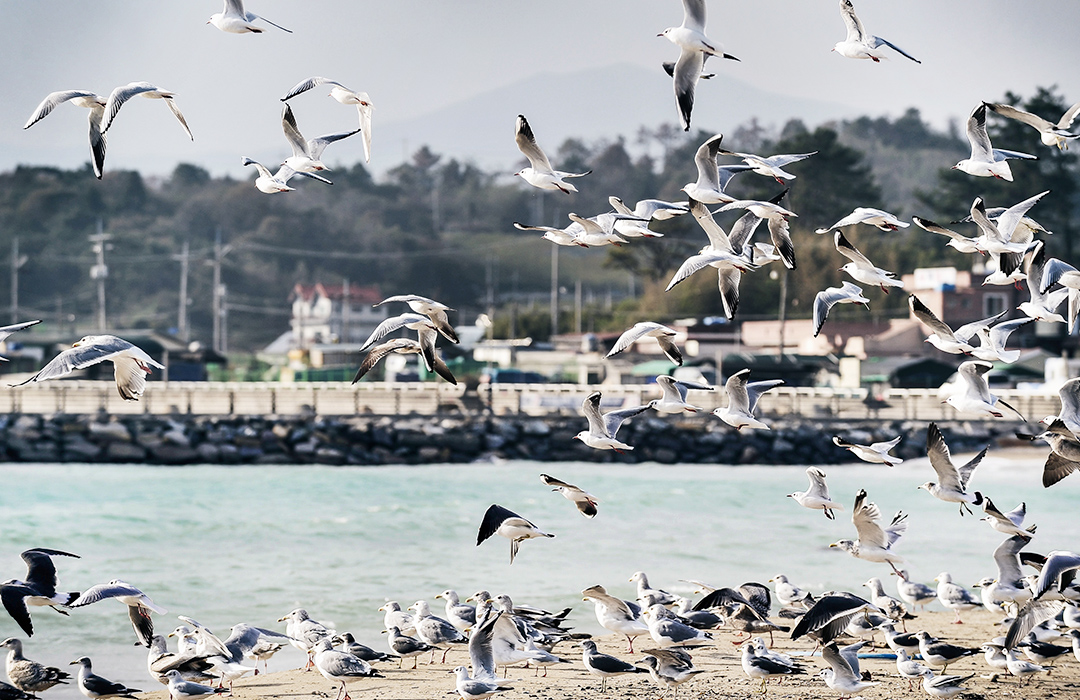 Ways to Enjoy Ulsan
Ulsan is not just an industrial city. It’s a charming destination for tourists. There are many places worth visiting, other than the Taehwagang National Garden. Jangsaengpo Whale Culture Village offers a whale museum, aquarium, and eco activity hall. Daewangam Park has a legend that the Queen of Munmu who was lost at sea, after the death of King Munmu during the Silla Dynasty, became a guardian dragon buried under daewangam, meaning the Great King Rock. 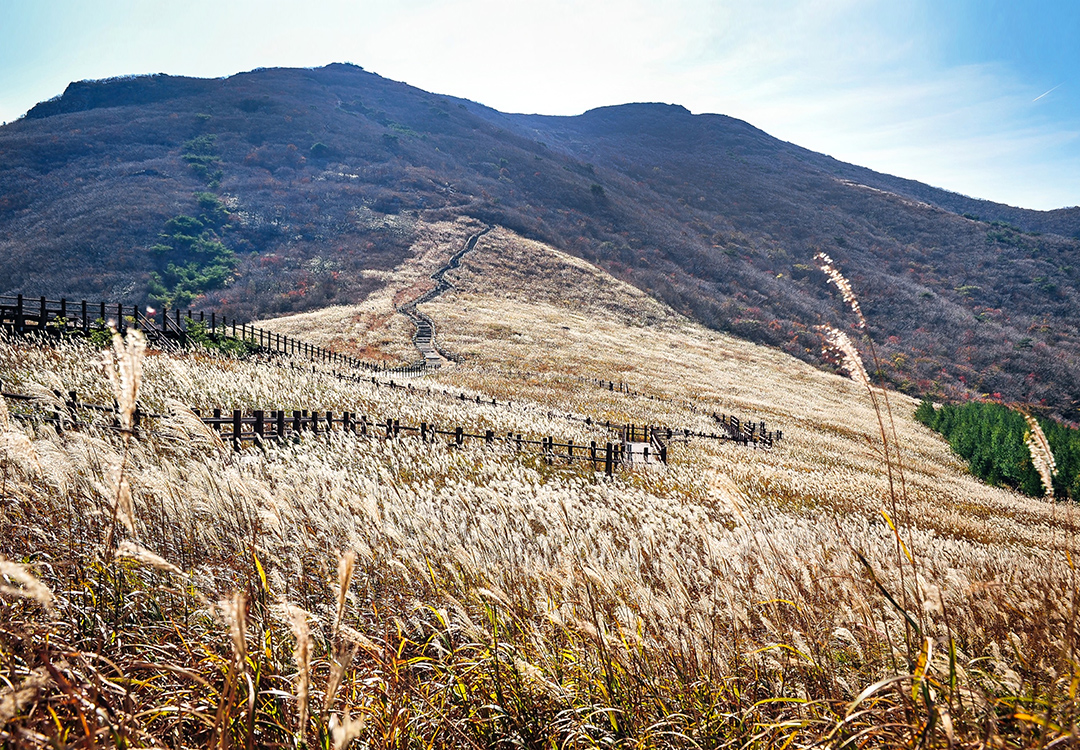 A must-see place in autumn is the Yeongnam Alps. It’s a mountain trail in Ulju County, Ulsan, and is better known for its breathtaking Haneul Eoksae Gil, the Sky Silver Grass Trail. The area is named after Europe’s Alps for the gracious shape of the mountains around Gaji Mountain and the scenic view. Come autumn, the silver grass field covers the entire hill, becoming a popular photo spot for social network users. 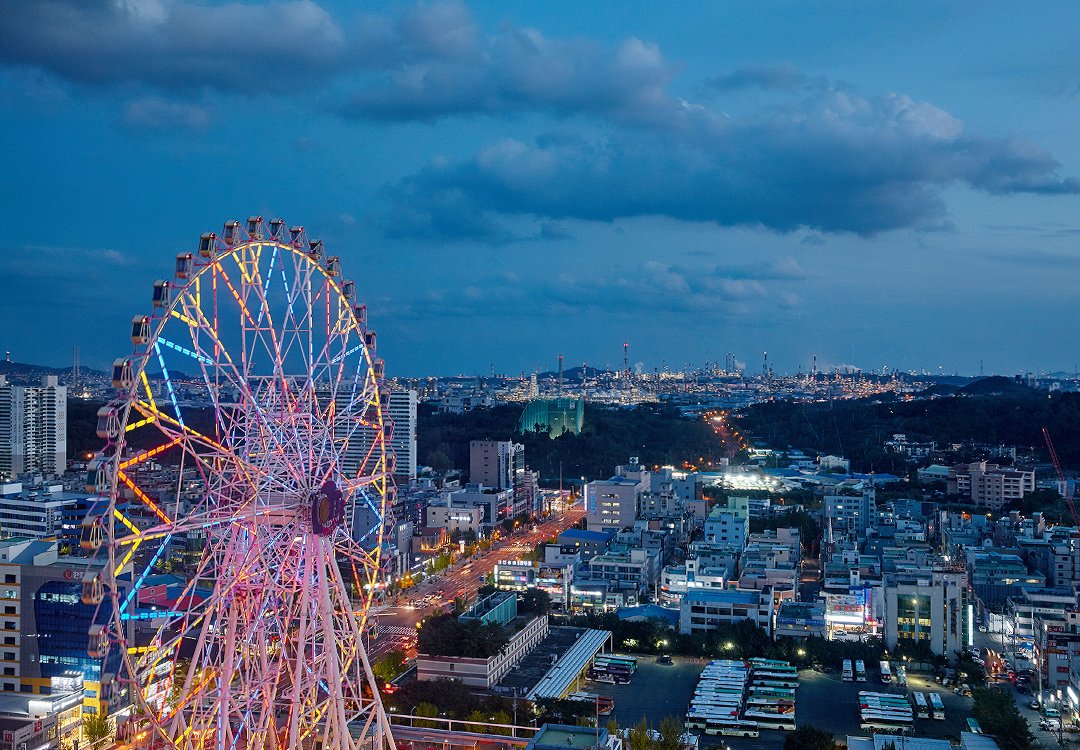 View at night from the Club Lounge 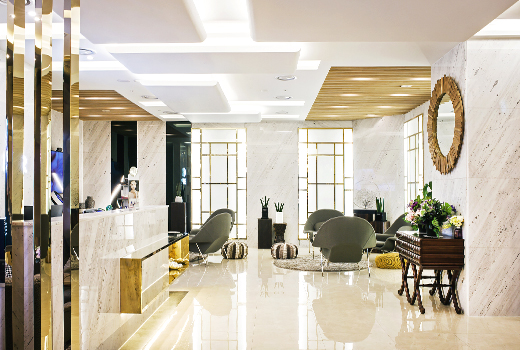 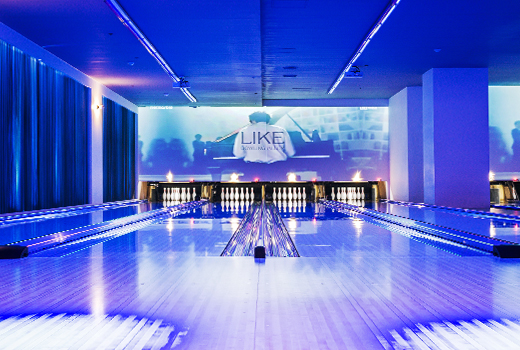 Inside the hotel, you can find a variety of restaurants and entertainment. In the Wellness Zone, there are Spa EIR offering superior spa services and Like Bowling Alley where you can share an eccentric bowling experience with your family. Spa EIR is named after the Goddess of Healing from Nordic mythology. It is a premium spa with its 20-year tradition, operated jointly with Italian DIBI Cosmetics to provide a tailored spa service based on scientific approaches. Like Bowling Alley has 12 lanes in a 1,155-square-meter space decorated like a modern pub, where you can have a blast playing sports while enjoying the upbeat music and colored lighting. 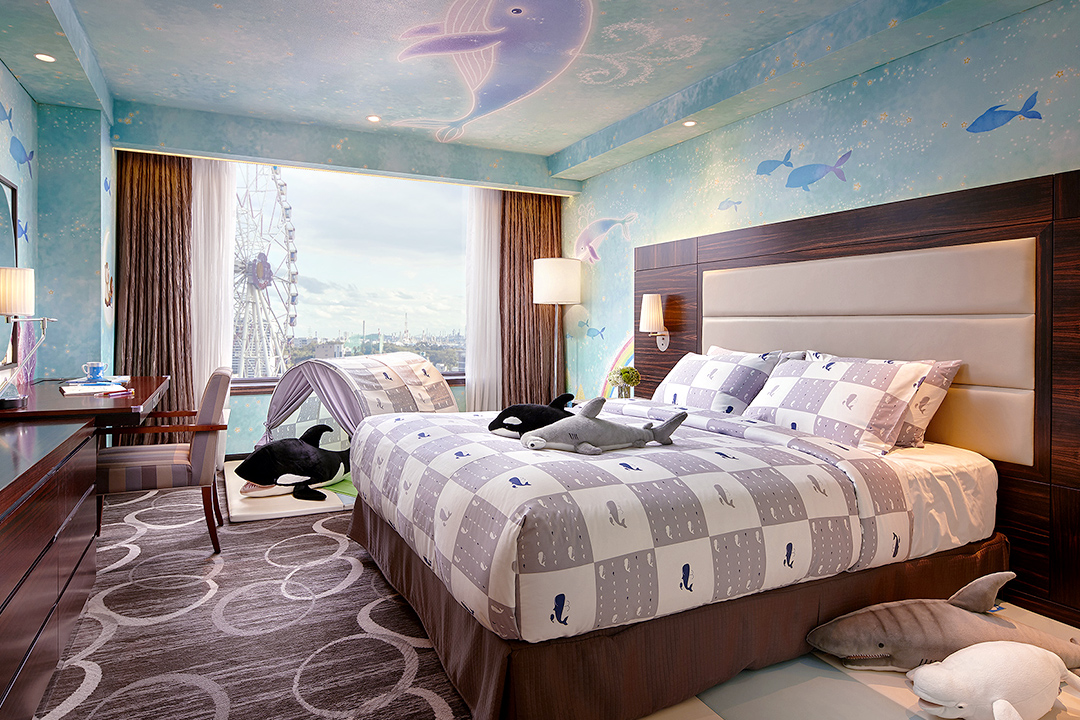 When LOTTE HOTEL ULSAN Meets Taehwagang National Garden
To celebrate the designation of the Taehwagang garden as the second national garden, LOTTE HOTEL ULSAN is offering a promotion. Available until the end of October, the promotion includes Deluxe Suite Room reservations with a room-only option and a bed-and-breakfast option. It takes about 15 minutes from the hotel to the Taehwagang National Garden by car, making it easy to visit the scenic area whenever you want.

LOTTE HOTEL ULSAN has a Whale Character Room that provides a bedding, towels, and other fabric items with a whale-themed design. The Whale Character Room Signature Package will be available until the end of November. In consideration of families with children, the room is equipped with two double beds, and recently renovated. You can check out Ulsan’s famous Whale Culture Village.
Address LOTTE HOTEL ULSAN, 282 Samsan-ro, Nam-gu, Ulsan
Inquiry  +82-52-960-1000
Homepage www.lottehotel.com/ulsan-hotel