[INSIDER GUIDE] New Yorker Mimi Park's Private New York
She's a translator, an essayist and a gallerist. And she's also a New Yorker. These are places in New York that are close to the heart of Mimi Park.
“New York allowed me to have a new set of values – that it's possible to dream of something crazy and great in life, rather than just living a good life."
Mimi Park 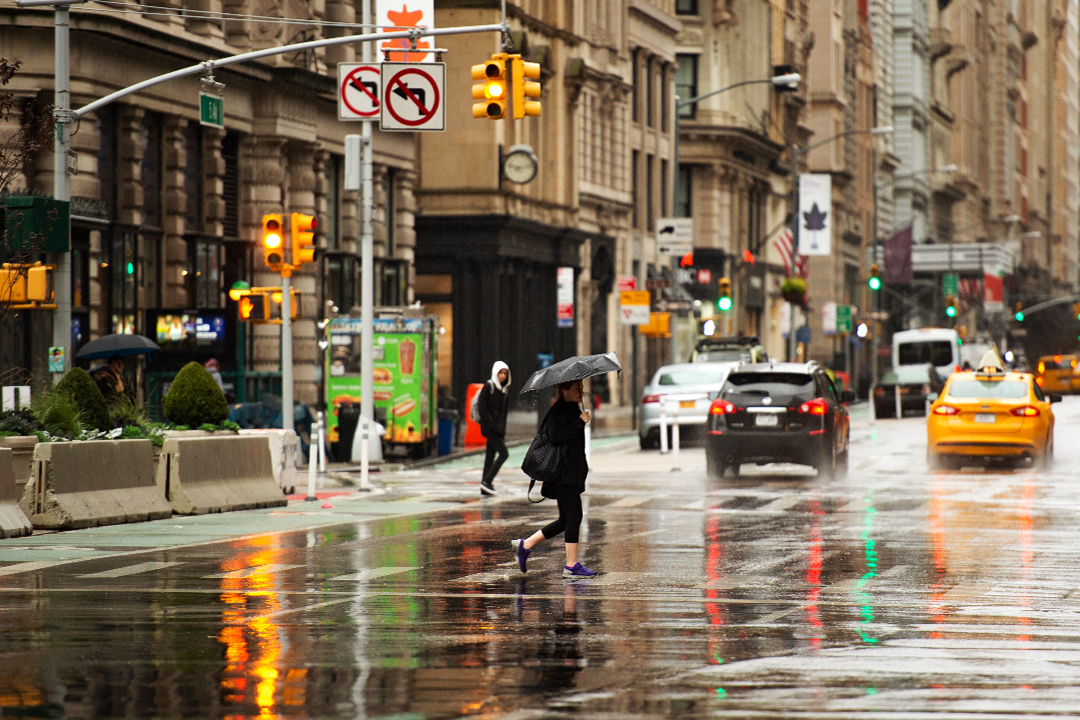 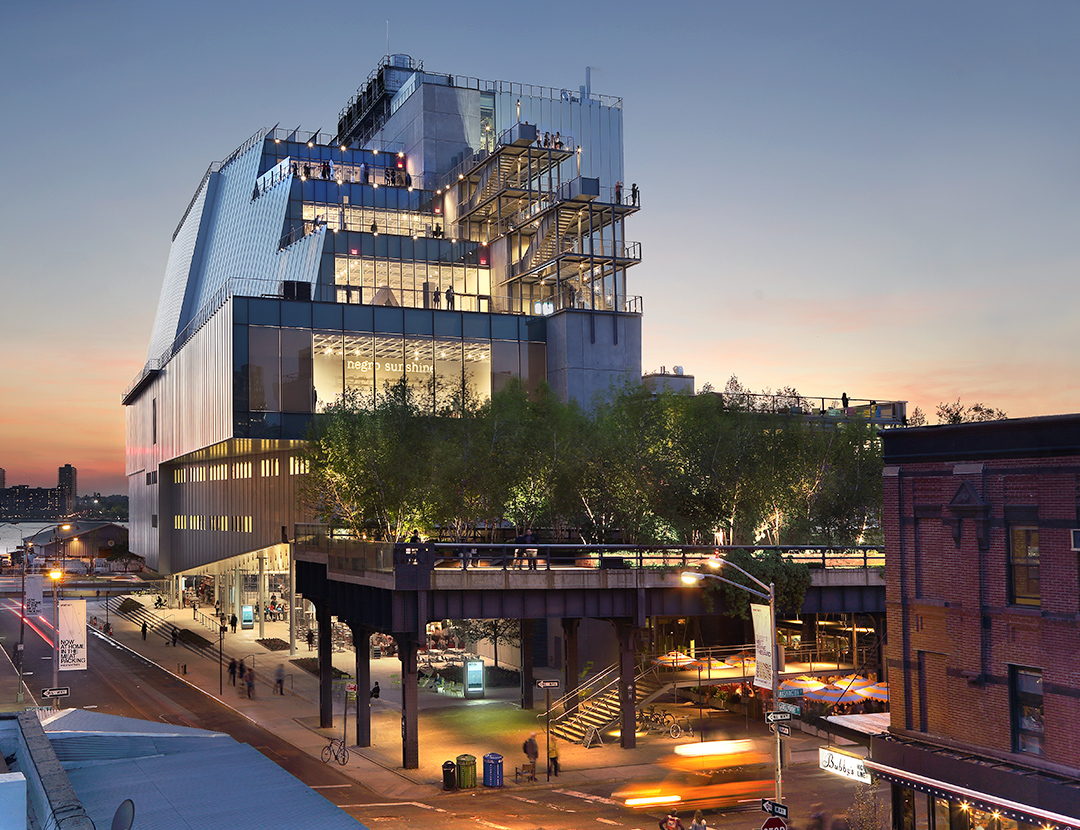 Favorite restaurant?
The best meal for me is food served by a familiar face at my favorite restaurants. I go to Reynard most frequently, and do eat often at Fat Radish on the Lower East Side which is close to Thomas Park, my gallery. Both of the restaurants use local produce and serve simple dishes.
∙ Reynard 80 Wythe Ave, Brooklyn (Wythe Hotel)
∙ Fat Radish 17 Orchard St., New York
Favorite bar?
I've been visiting Hotel Delmano near my place in Williamsburg for a long time. They serve a wide variety of liquors, and you can get a really good mezcal cocktail. The bar also serves absinthe. In Manhattan, I go to  Freemans, at the end of a long alley on the same block as Thomas Park.
∙ Hotel Delmano 82 Berry St., Brooklyn, New York
∙ Freemans Freeman Alley, New York (at the end of Freeman Alley) 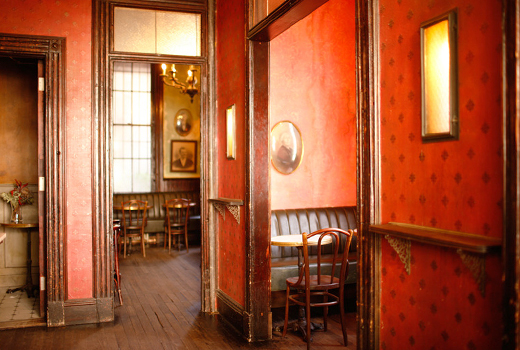 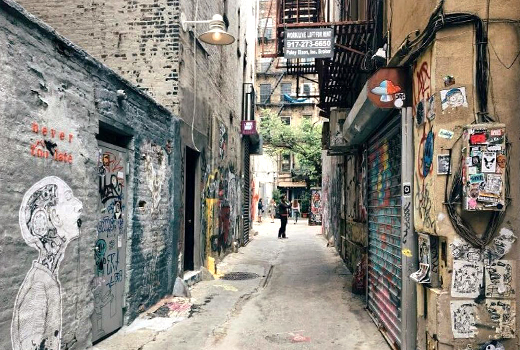 Favorite walking course?
Besides the walks I take just to take a walk, walking is also my mode of transportation. When the weather is nice, I walk rather than take a car or subway. I walk along Orchard St. in the Lower East Side towards Union Square station, or I walk across the Williamsburg Bridge from the gallery. I walk to Bruce Gagnier(a sculptor I show at my gallery)’s studio in Greenpoint from my apartment in Williamsburg. I love all of these routes. I also walk towards the river to enjoy the view of Manhattan from the park under the sun.

Must-see show?
Anything at BAM Harvey Theater.
∙ BAM Harvey Theater 651 Fulton St., Brooklyn, New York
Favorite cafe?
I am a fan of Devoción in Williamsburg. They do direct trading with Colombian farms and only use fresh beans. And it's the only place where I can find cascara, which is made from dried skins of the coffee cherry. Coffee is nice, but having cascara on a hot summer day after walking to that cafe is really something else.
∙ Devoción 9 Grand St., Brooklyn, New York 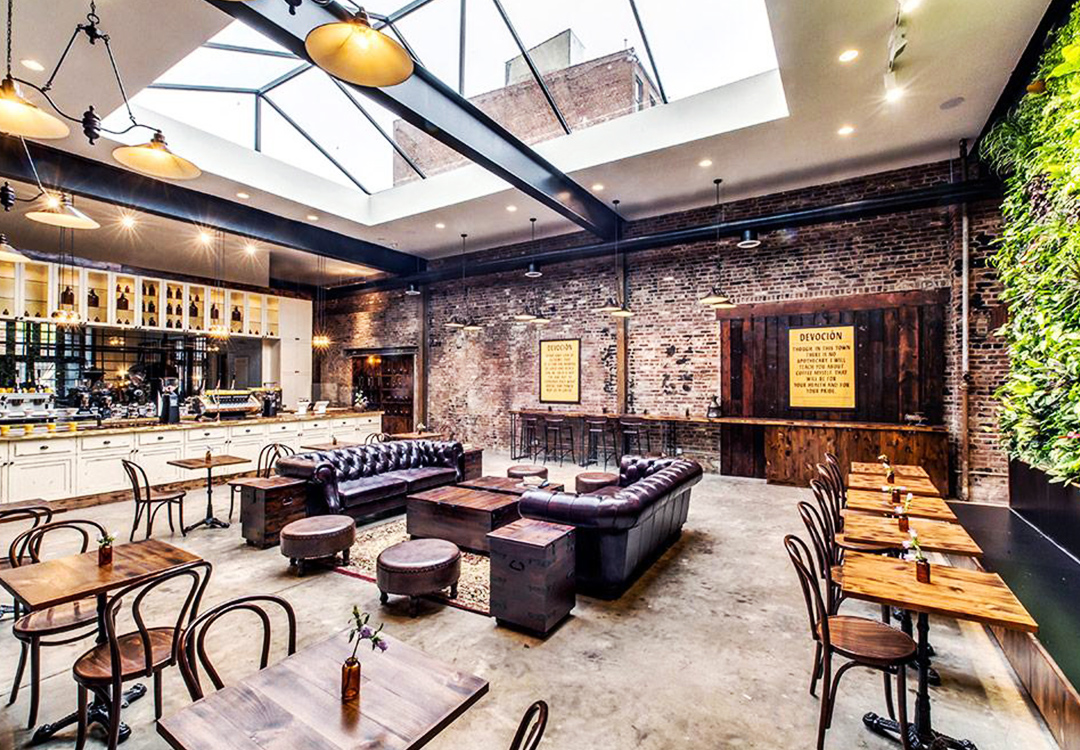 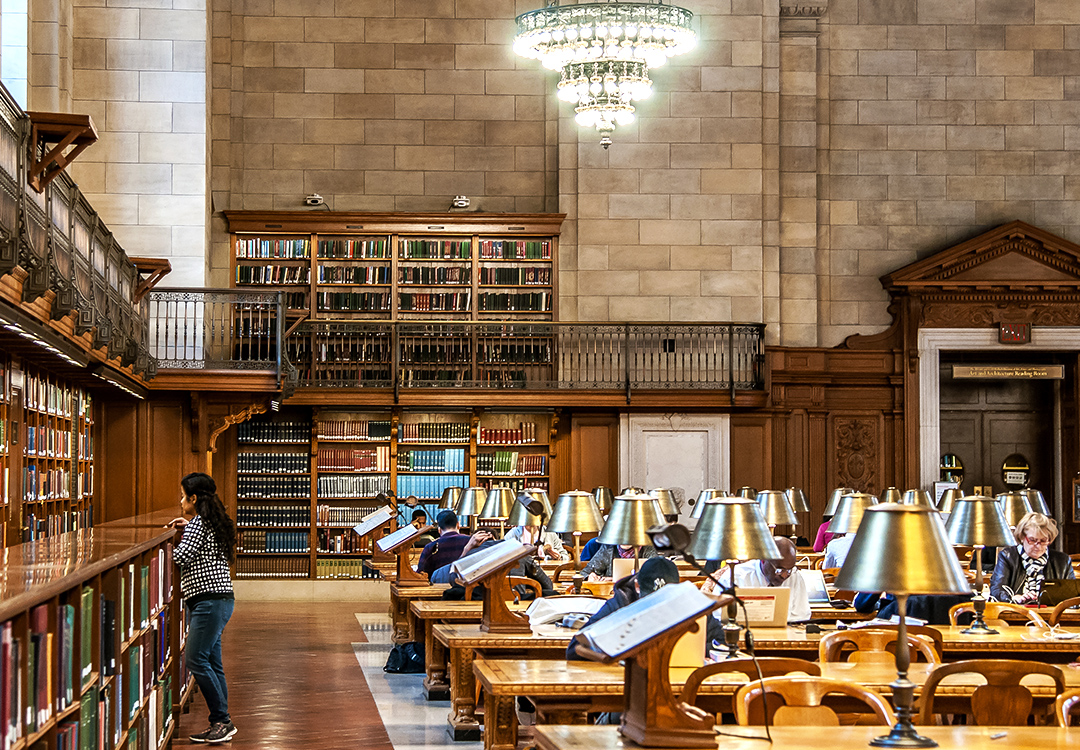 Things to buy in New York?
How about local apples at Farmer's Market at Union Square? I also recommend visiting Flight Club or Stadium Goods, and picking up vintage t-shirts at L Train Vintage.
Places to go for inspiration?
Carousels in New York will make you feel like the time has come to a standstill. Jane's carousel at Brooklyn Bridge, the carousel at Central Park and another one at Bryant Park are my favorites. 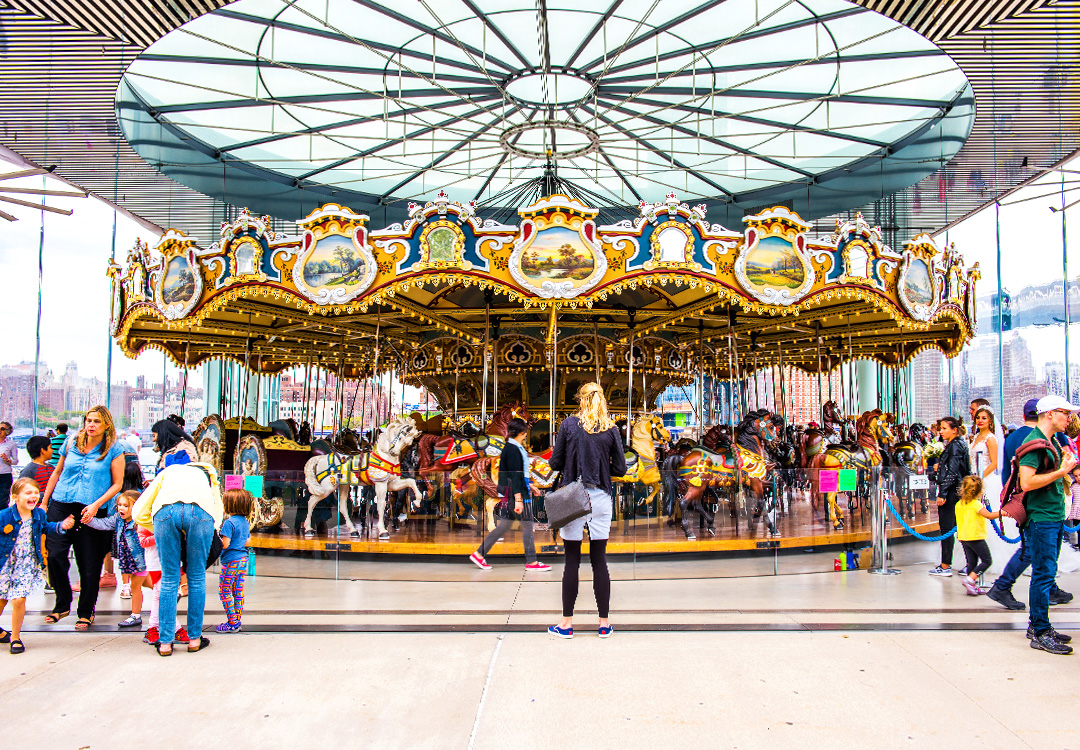 The quintessential New York scenery?
The view you get when you walk on the Brooklyn Bridge. Broadway at night. When you get lost in Wall Street, when you stand on a long, narrow, dark alley between skyscrapers not knowing where you are. When you take a boat tour around the Manhattan Island. A vanishing point you see when you are standing in the middle of the street when it is empty. When you are trying to get a yellow cab in the rain. Soaked in the rain and watching yellow cabs pass you by, that is when you realize you are in New York City. 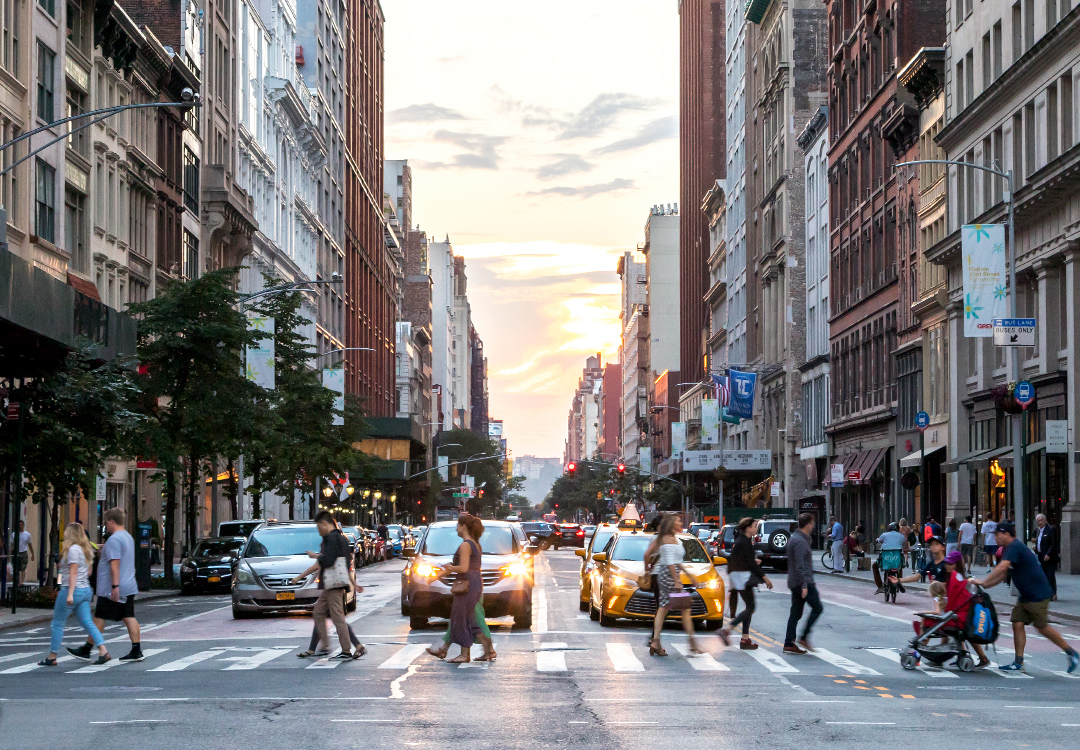 About Insider: Mimi Park, the New Yorker in Love with Art
Mimi Park has lived in NYC since 1996, and published three books on arts and culture, “New Yorker(2004),” “Taste(2008)” and “My Own Private City(2015).” She also translated numerous books including Light Years by James Salter and Hopper by Mark Strand. In 2013, She opened Thomas Park in Seoul, and its New York location in 2018. When asked what she wanted to be called, she says “I don’t care what I am called, whether it is a translator, an essayist, or a gallerist; they are all connected in me. I am doing the same work, talking about art.” In “My Own Private City,” she says “New York is a city where I chose to live.” Maybe there is no better “adjective” than “new yorker” which is the title of her first book, to describe her. Mimi Park, the New Yorker, has a great insight and taste. Let’s take a closer look at her life in New York. 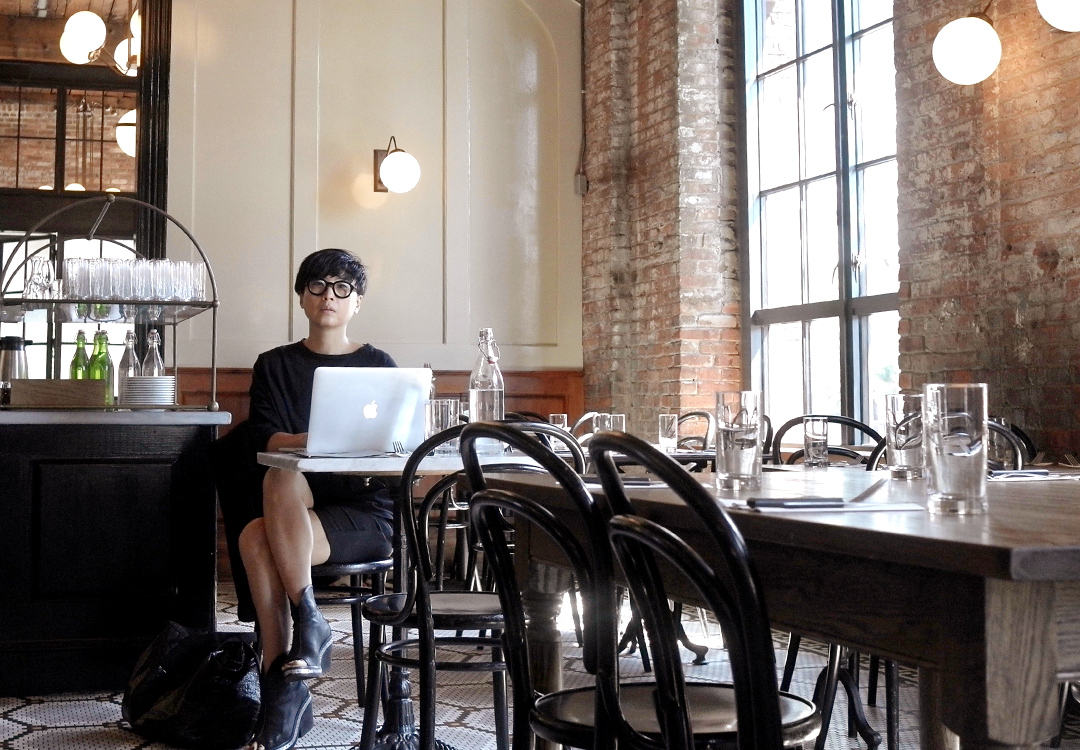 Q. Tell us about your neighborhood. Do you still split your time between Seoul and New York?
A. I am based in New York now and travel to Seoul often. I have a space in Changseong-dong where I host shows. What Changseong-dong has in common with the Lower East Side(where my gallery is) and Williamsburg (where I live) is the energy created by the contrast and tension between the old and the new. I love these neighborhoods.

Q. Can you talk more about Thomas Park Gallery?
A. In Seoul, I ran it as a private gallery. In New York, I keep regular hours from Wed to Sun, similar to other galleries in LES. Being a writer, I am often interested in visual artists with literary qualities. I organize the shows myself with specific themes with these artists. 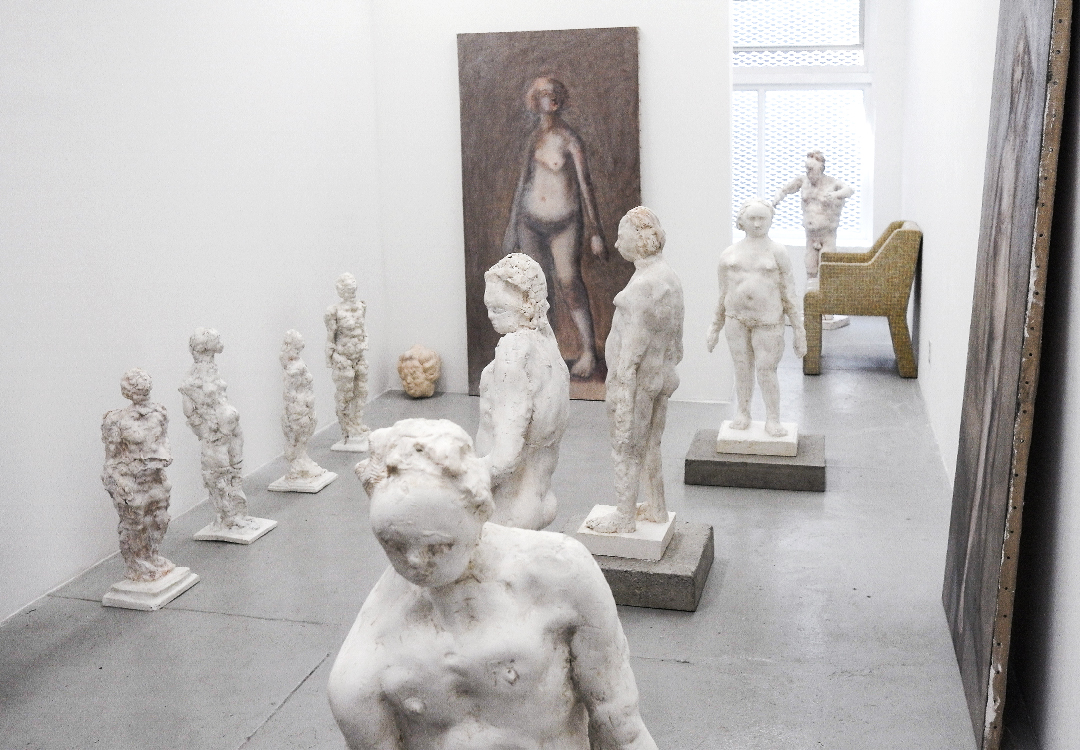 View of an exhibition at Thomas Park Gallery © Mimi Park

Q. You've been a translator, an essayist and a gallerist. How have you been able to lead such an eclectic career?
A. To me, the work is all the same, constantly experiencing art and thinking about it. In New York, I started translating art books while studying art, and naturally began translating literary works as well. Then I published essays about art and culture. Along the way, I worked in fashion. In 2011, while on a business trip to London, I survived a bad car accident. I was forced to stay in Seoul for treatment and had multiple surgeries. It was while I was on crutches that opened Thomas Park as a private gallery. I set my own hours because I wasn't yet fully recovered. So it has been all one natural process of becoming who you are I guess. In fact, I prefer being a generalist to being a specialist.

Q. Are you translating or writing any book at the moment?
A. I am way behind on translation (laughs). I am always full of ideas but never enough time for everything.

Q. You moved to New York in 1996. Has New York changed much since then? Or has it stayed the same?
A. Cities always change, and I think New York has, too. Whereas Washington is a city of politics, New York is about finance and art. In the past, there was some distance between finance and art. Today, the two have converged, if you will. Finance has become more artistic, and art has taken on elements of finance.

Q. What does New York mean to you today?
A. New York allowed me to have a new set of values – that it's possible to dream of something crazy and great in life, rather than just living a good life. New York is a jungle in a way because no one is going to take care of you. From example, health care is quite terrible compared to Seoul. People in New York don’t seem to be that unhappy struggling just to stay afloat. It is still a mystery to me, but I suppose it's because New York is the city of outsiders. You get to lose the meaning of your past which might work against you but you receive a sense of liberation, not in an abstract or romantic sense, but in the most practical way. Outsiders who end up bring out their wild side are the ones who will survive in this city. 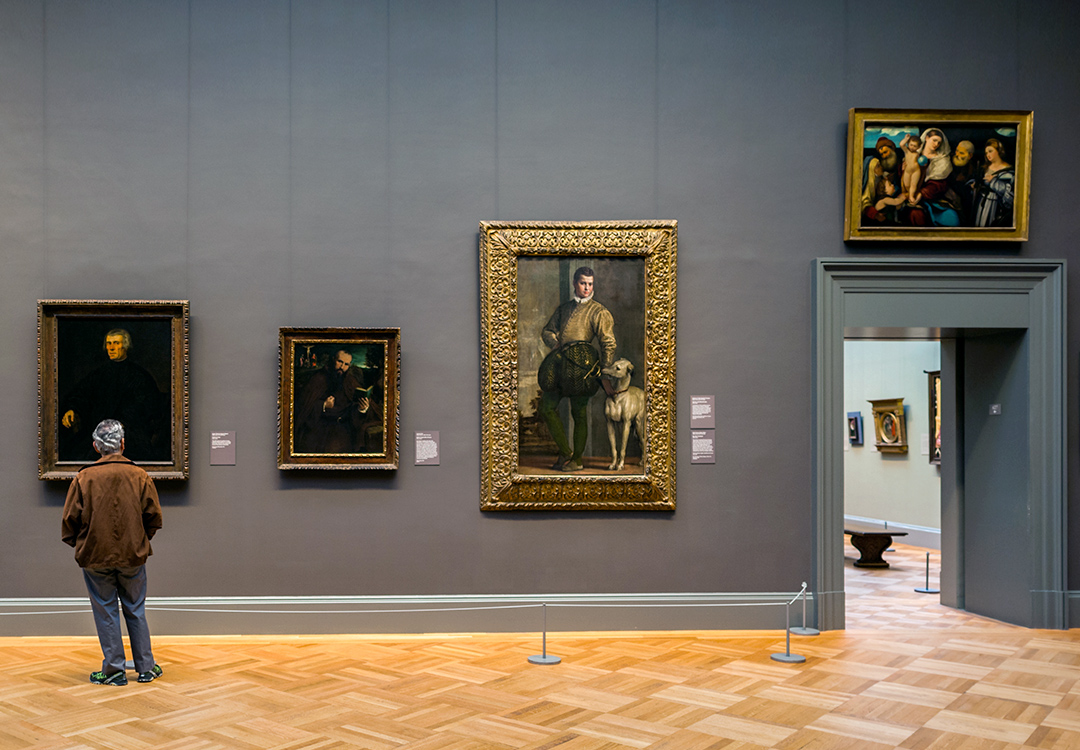 Q. One of the things that connects you with New York seems to be art. If we were to travel to New York with art on our mind, how should we prepare for that trip?
A. You should prepare to travel to New York like you would prepare for a pilgrimage. Make a list of specific things that you want to see. If you think of something you want to see, which must be related to your life in general, and on your way to see the thing you want to see, you may run into something unexpected. If you're planning on a gallery tour, download the See Saw app. It contains information on all the major galleries in New York, and its map is easy to use. It will keep you updated on opening receptions. If you're interested in particular exhibitions, I'd recommend going to their openings.

Q. Lastly, what's the best way to enjoy New York to the fullest?
A. This is like asking how to enjoy life to the fullest (laughs). New York is so big, and there's so much to do. If you find New York appealing, try to think why you find it appealing. If you figure out why, go deeper into that why. That would be the way of enjoying this great city.