Da Lat, city of natural colors
The name “Da Lat,” came from Latin word called “Dat Aliis Laetitiam Aliis Temperiem,” where it means “It Gives Pleasure to Some, Freshness to Others." Once you see the rich flowers, vegetables grown under cool temperature at the highlands as well as the lake, that just looks like the sky, you’ll nod your head to its meaning.
“Da Lat” is a city located in the plateau area, about 300 kilometers away from Ho Chi Minh City, south of Vietnam. If you drive from Ho Chi Minh City to Da Lat, it’ll take about six to eight hours but if you take a flight, it’ll take about an hour. Located at the altitude of about 1,400 to 1,500 meters, it is at the plateau of Lang Biang. Due to its cool temperature, unlike the hot and humid southern part of the country, it has become a place to visit not only to tourists but also for Vietnamese people. With the average temperature between 14 to 23 degrees Celsius, various vegetables, fruits, hydrangea and roses grow and make its part in the city. Da Lat’s nature is filled with various scenery as it includes Xuan Huong Lakes, Datanla Waterfall and Robin Hill filled with pine trees. As the Vietnam’s biggest coffee bean producer, it also has many cafes and coffee plantations. With various things to look for, this city excites all five senses of the tourists. 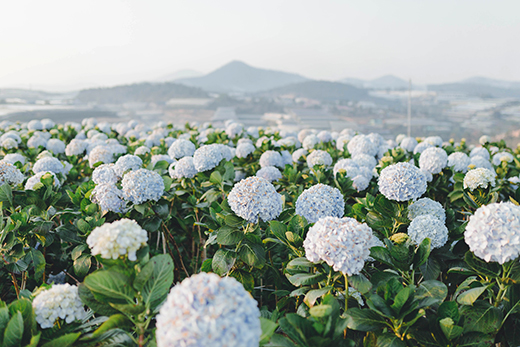 Hydrangeas at a flower complex 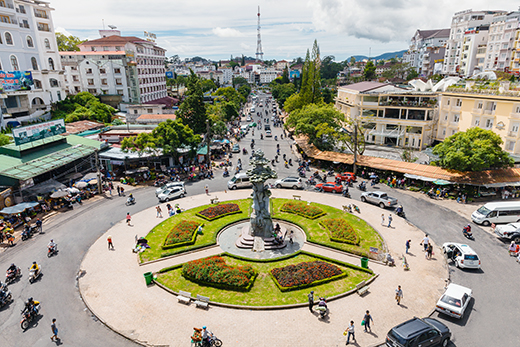 A rotary in the Da Lat Central Market 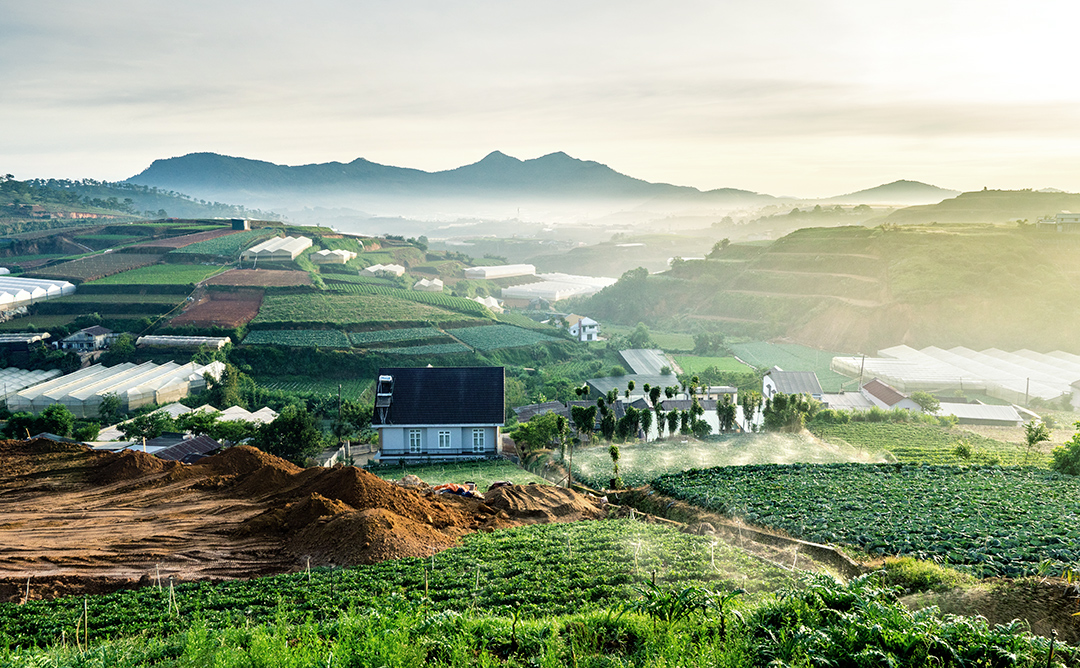 Da Lat located on the plateau in central Vietnam

In the 1890s, the French Colonial government started the urban development of Da Lat, for the purpose of transforming it into a vacation spot. French expedition team, which included bacteriologist Alexandre Yersin and chemist Louis Pasteur, explored this region, which at the time was a part of Cochinchina. They’ve decided this region as a vacation spot as it allowed people to avoid the hot and humid weather in the south. At the time, Governor Paul Doumer accepted the explorers’ suggestion and started planning and constructing the city. Following it in Da Lat, French-style villa and roads were constructed as well as sanatorium and schools. Some of the houses in the city and the train station still remain until now, style of Art Deco can be easily seen at Da Lat. Perhaps, this is the reason why people call Da Lat “Little Paris.” 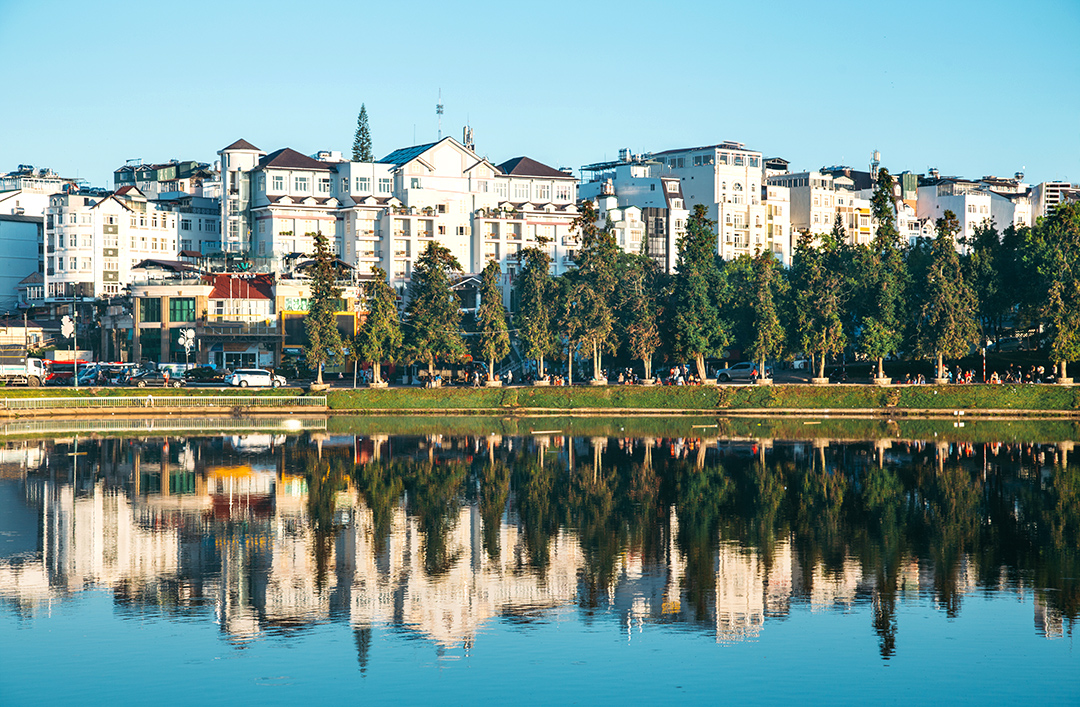 Xuan Huong Lake, little Switzerland in Da Lat
Located in the center of the city, Xuan Huong Lake is easily visited by the people of Da Lat. You can see people who are out for a date, for a run or a walk. The reflection from the lake shows the sky and the pine trees surrounding it, which somewhat reminds people of a beautiful scenery of Switzerland. This lake was made artificially back in 1919, during the French Colonial days, to avoid possible flooding. The name of the lake “Xuan Huong” came from a name of the Vietnamese poet and it also means spring essence. You can meet a little Switzerland in a city crowded with cars and people. 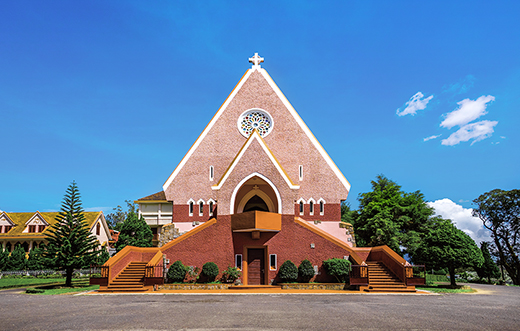 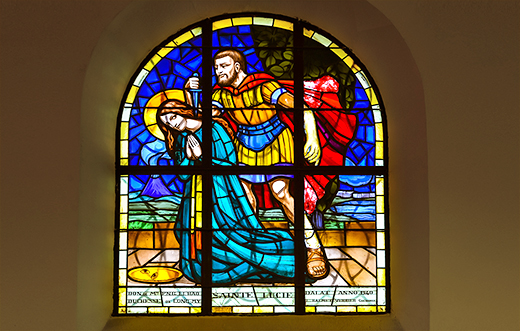 Da Lat Cathedral and Domaine de Marie, left by France
Once you start walking around Da Lat, you’ll get to meet French architectural buildings that’ll make the city feel like “little Paris.” Of many, there’s Da Lat Cathedral, which has a pointy roof decorated with stainless glass, and Domaine de Marie, where the pink wall stands out. Known as the biggest cathedral in central Vietnam, Da Lat Cathedral started its construction in 1931 and was completed in 1942. Originally, this cathedral was built for mass for French or European people living there. A number of stainless glasses that decorate the side of the walls and a 47-meter high bell tower sure do show the middle age European architectural aspects. As the top of the cathedral has a rooster-shaped weathercock, it is also given a nickname called “rooster cathedral.”
On top of the Da Lat hill, Domaine de Marie Cathedral was first introduced in 1940. As a part of Roman Catholic parish, it also has a nunnery. The cathedral, which stands out with impressive pink walls outside, laid the remains of Jean Decoux, who was the Governor General of French Indochina, and his wife Suzanne Humbert. A three-meter tall statue of Virgin Mary on top of the globe was designed by French architect Olivier Jonchere in 1943. As the building includes the architectural aspects of French as well as the Vietnamese, it has a unique style. As both cathedrals allow regular mass, it’s good to look around the interior of the cathedral during the service. 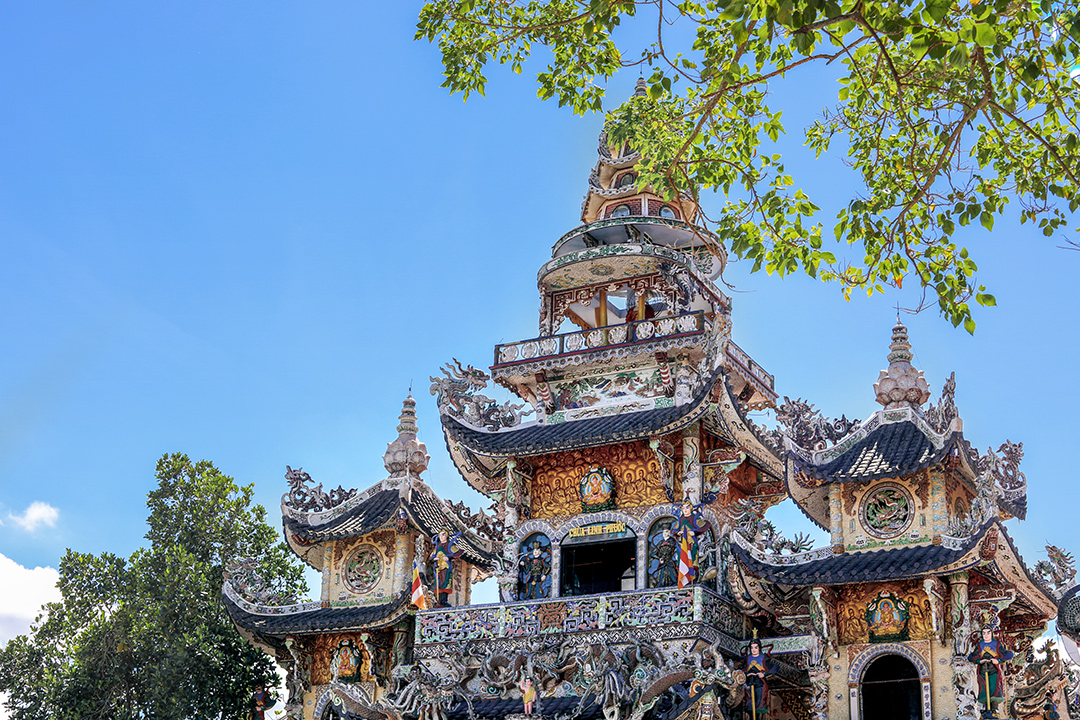 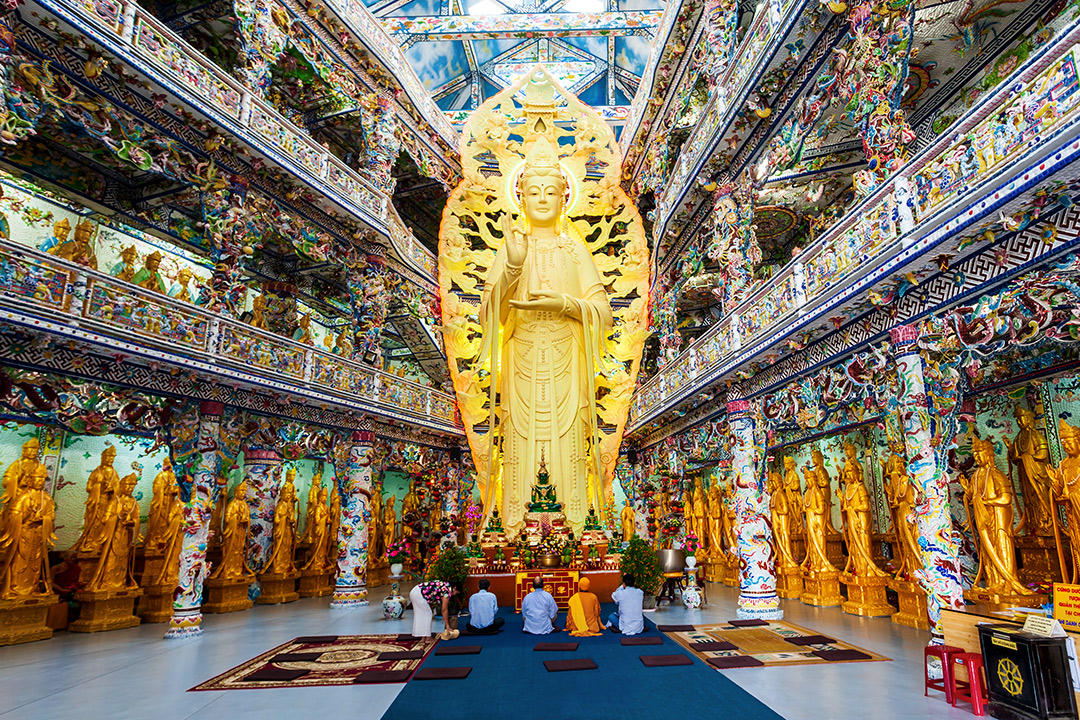 Delicate Linh Phuoc Pagoda in mosaic
Aside from the Trúc Lâm Phụng Hoàng Zen Monastery, considered the biggest temple in Da Lat, there’s another temple that catches the eyes of the tourists, the Linh Phuoc Pagoda which is located about 8 kilometers from the city of Da Lat. They started the construction of this pagoda in 1949 and was completed in 1952. Having gone through one renovation in 1990, the current version has been created. Once you enter the main temple, there are 12 statues of Buddha, which shows his life, and in the center, there’s a 4.8 meter tall statue of Buddha, welcoming the tourists. Using ceramics and glass pieces, parts of the Pagoda is decorated in mosaic. Due to this, Lin Phuoc Pagoda is like a big art piece. Of all, the 49-meter long dragon statue is made of 12,000 recycled glass bottles. You will be amazed by the detailed design and unique architecture of the temple. 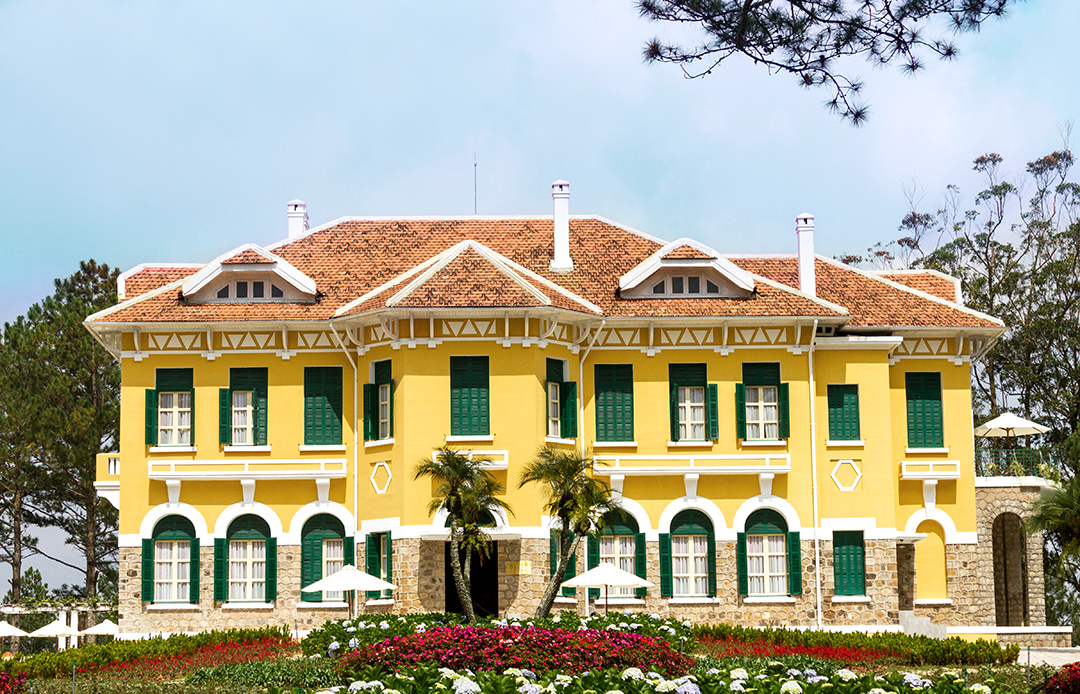 Bao Dai Summer Palace
In Da Lat, there are three palaces for Bao Dai, Vietnamese last emperor. Once again, you can see the French architectural style from the palaces and it is a great place to visit to see the trace of Vietnam’s last emperor. The first palace built by French billionaire Robert Clement Bourgery in 1940 was bought by Bao Dai in 1949 to use it as his cottage. It was being used as cottages for presidents afterwards. But now, it is a tourist site as it is located right where the whole city of Da Lat can be seen as well as the beautiful interior design. The second palace was built in 1933, during the French Colonial era, and was used as a cottage for high-ranking government officials. Currently, they are only open to public on special occasions like the national holidays. The third palace, which started its construction in 1933 and was completed in 1938, was a summer cottage for Bao Dai and his family. This place, too, can be accessed by everyone and visitors can also experience the Vietnam’s royal family on the second floor of the palace by wearing their traditional clothes. It may be the perfect spot to leave some memories. 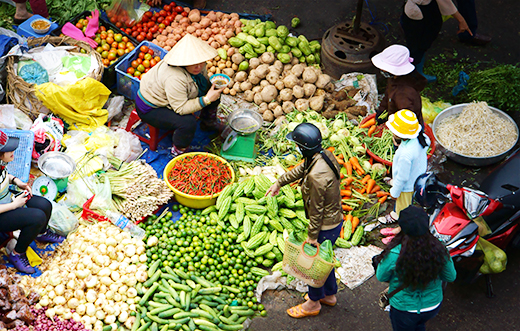 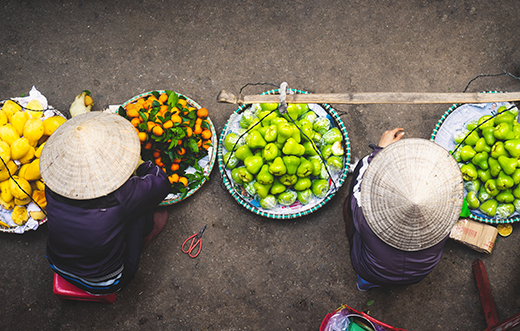 Dalat Central Market, where all the freshness exist
Located near the Xuan Huong Lake, the Dala Central Market is filled with local and tourists from the early morning to the late night. In Da Lat, Central Market is where all the fresh veggies and fruits, as well as flowers are at. From its high altitude and a considerable cooler temperature than the southern part of Vietnam, agricultural land and flowering plants are all clustered together in Da Lat. Veggies like white radish, carrots, cabbage, spinach and avocados as well as fruits like strawberries, plum, peach and black currants are being main supplies to the restaurants in Ho Chi Minh City as well as the cities nearby. Fruit jams or its specialty, the dried artichoke tea, can be a great souvenir to the tourists. 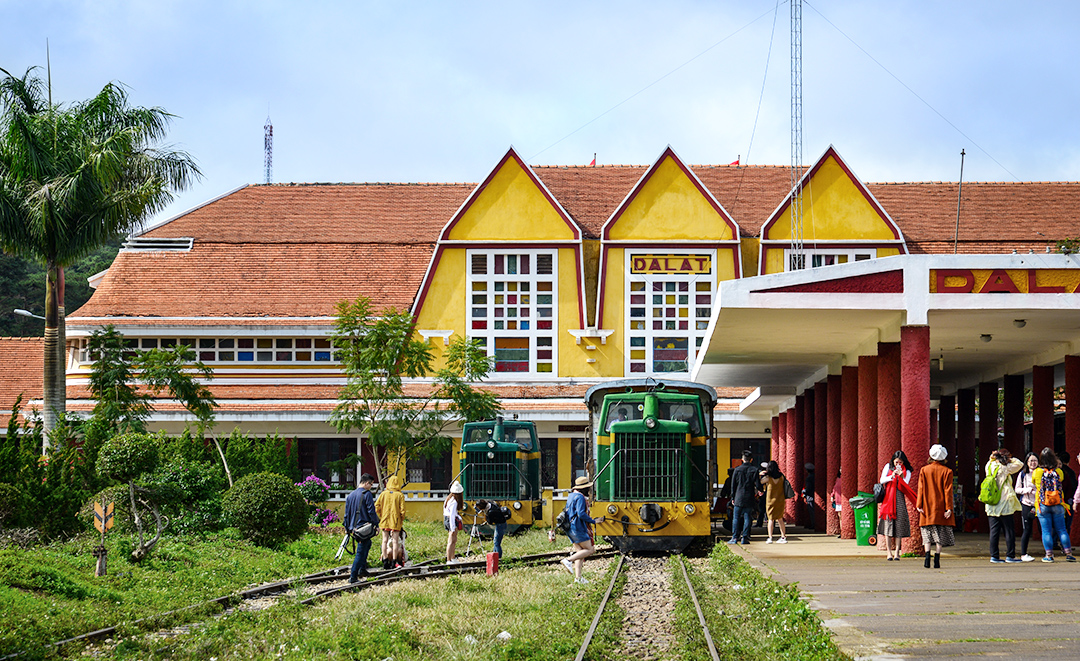 Da Lat railway station, a travel to the past
Let’s take our steps to a place where we can travel back to the middle age. Constructed by French architects Moncet and Revron, the Da Lat railway station is the oldest railway station in Vietnam and is still well preserved. Completed in 1938 in art deco style, the railway station has a unique design, where pointy roofs and three roofs that represent the three Lang Biang Peak. In the past, a 84-kilometer long railway that connected Da Lat and Tham Cham was operated but as it was demolished during the Vietnam War, it stopped running now. However, about 8 kilometers of railway that travels from Da Lat to Trai Mat has been recovered for tourists. 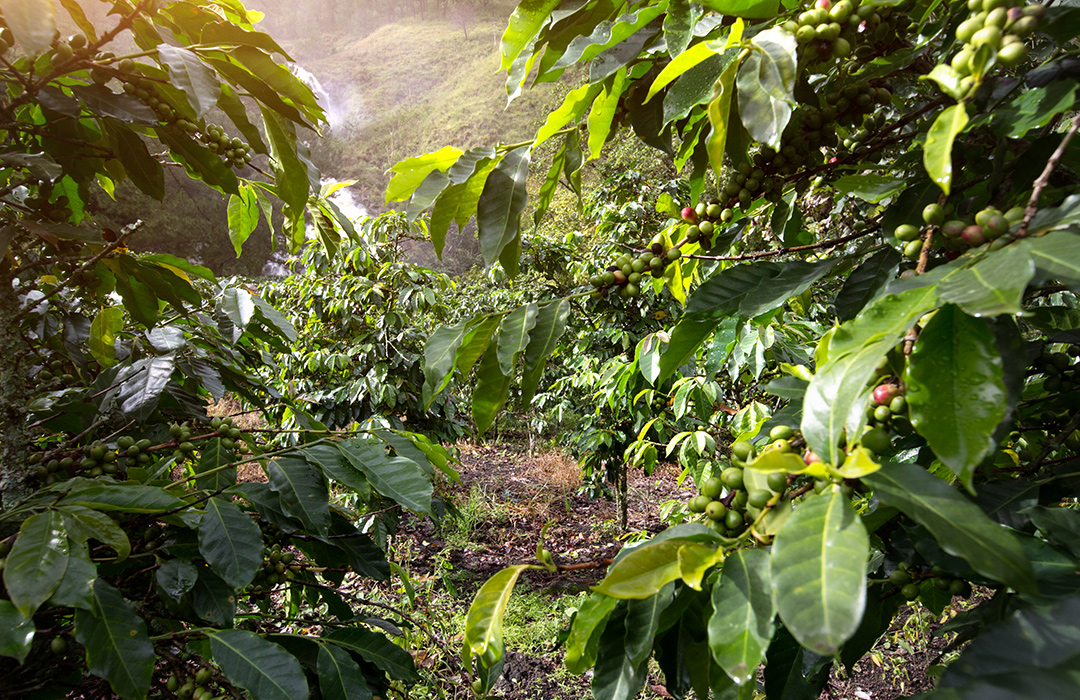 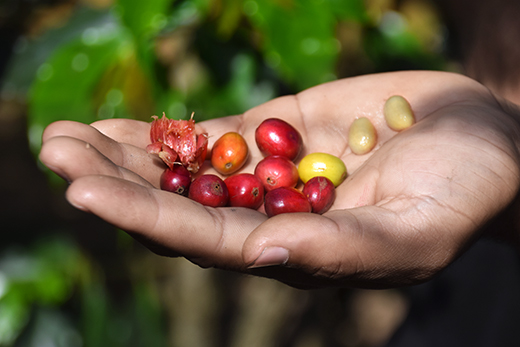 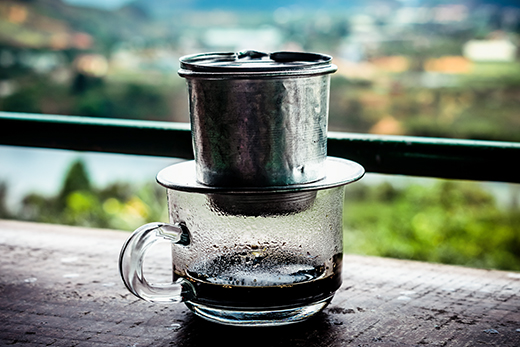 You can experience harvesting beans and taste freshly-brewed coffee.

Coffee Plantation, where you can experience the producer of coffee
Da Lat is literally a heaven for those who love coffee. Once you get away from the city, you can easily visit coffee plantations and take a look at the coffee beans or try the fresh roasted beans. The history of Da Lat’s coffee started in the end of 1800s, from the Arabica seed brought from the French people. They’ve built a resort town about 10 kilometers from Da Lat and by hiring native people of K’Ho, they’ve managed to create Vietnam’s first-ever coffee plantation. Having started from this, Da Lat’s coffee plantations have expanded onto different regions and this allowed Vietnam to be the base of their coffee bean industry. Some of the coffee plantations in Da Lat has a program where they allow the tourists to harvest their own coffee beans. The famous Da Lat’s local brands like K’Ho Coffee, Me Linh Coffee Garden, La Viet Coffee and many other coffee brands run their own coffee tour. When you make a reservation for the tour between November to January, which is the period when the beans are being harvested, you can experience all the process of how the coffee is made. In addition to the experience, as a tourist in Da Lat, you can also enjoy the luxury of trying the fresh coffee at a café, right next to the coffee plantation.