Ode to Walking in Spring of Seoul
LOTTE HOTELS & RESORTS introduces trails around the city of Seoul as a present for the spring season. You’ll find the experience of walking the trails refreshing and enriching.
The pleasure of walking is discussed in many writings. Bipedal men are destined to walk, and through this physical activity, their sensory receptors become fully open and let in the breath and views of the outside world. That could be how walking allows you moments where you revert to the original speed of nature without having to catch up to the strenuous pace required by society and find balance between your inner and outer breaths. The lingering effect of walking is profound enough to keep you poised and relaxed for some time even after the movement. Walking in a nutshell is an act of looking straight at the state of the world. It is like kissing the world voluntarily.
As each season comes with various colors and scents, spring walking opens up a whole new world filled with budding flowers. This year spring is expected to begin early due to the relatively warm winter. Cherry blossoms will likely bloom around April 5, a week faster than the previous year. How about trying taking a walk this season as a way of getting to know the city of Seoul if you are a traveler, or experiencing a different speed of life if you are a resident here? Adding an overnight stay at a city hotel might just be the most perfect solution to meet the spring of Seoul. With that said, if you stay at a LOTTE HOTEL and go out for a walk to a flower trail nearby, it will be a special gift for yourself available only during spring. 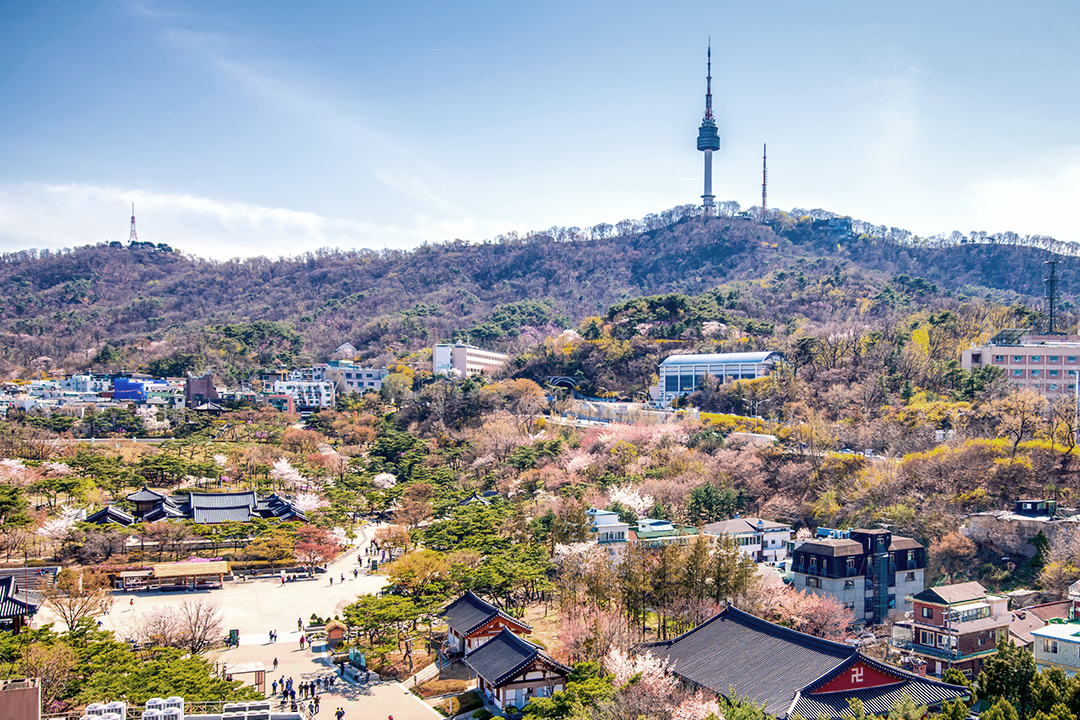 Walk in Spring Palaces, LOTTE HOTEL SEOUL
LOTTE HOTEL SEOUL sits in the center of Seoul. Although the neighborhood sees a lot of foot traffic and has busy roads, a short walk gets you to a quiet old palace, as well as Cheonggyecheon where the sound of water resonates. Should you desire, there are many ways to learn about the charm of the old city center retaining the traces of its history. Deoksugung Palace, in close proximity to the hotel, is a 5-minute walk past City Hall. You can either watch the changing ceremony of the royal guards shown three times a day or simply enjoy a warm cup of coffee under cherry blossom trees in the palace. The Deoksugung Stonewall Walkway should not be missed as you can immerse yourself in a unique atmosphere while strolling there. Moving in the direction away from the hotel, you can take the route of stopping by Cheonggyecheon, crossing Gwanghwamun Square, and arriving at Gyeongbokgung Palace. Visit the National Palace Museum of Korea to survey the history of the ancient Joseon dynasty and admire the visitors in hanbok dresses while being surrounded by flower trees and chirping birds before choosing your next destination. Whether to take a detour around the palace wall to get to Seochon or head to Bukchon via Samcheong-dong is entirely up to you. The beauty of Changdeokgung Palace lies, above all, in its wide-open walkways encompassing the famous Secret Garden, Changgyeonggung Palace right next to it, and Jongmyo designated as a UNESCO World Heritage site. As you feel the rustling texture under your feet, become enamored with the scent of elegant apricot trees, and trace the patterns on the ancient roofs, walking the grounds of old palaces soon turns into a time travel. 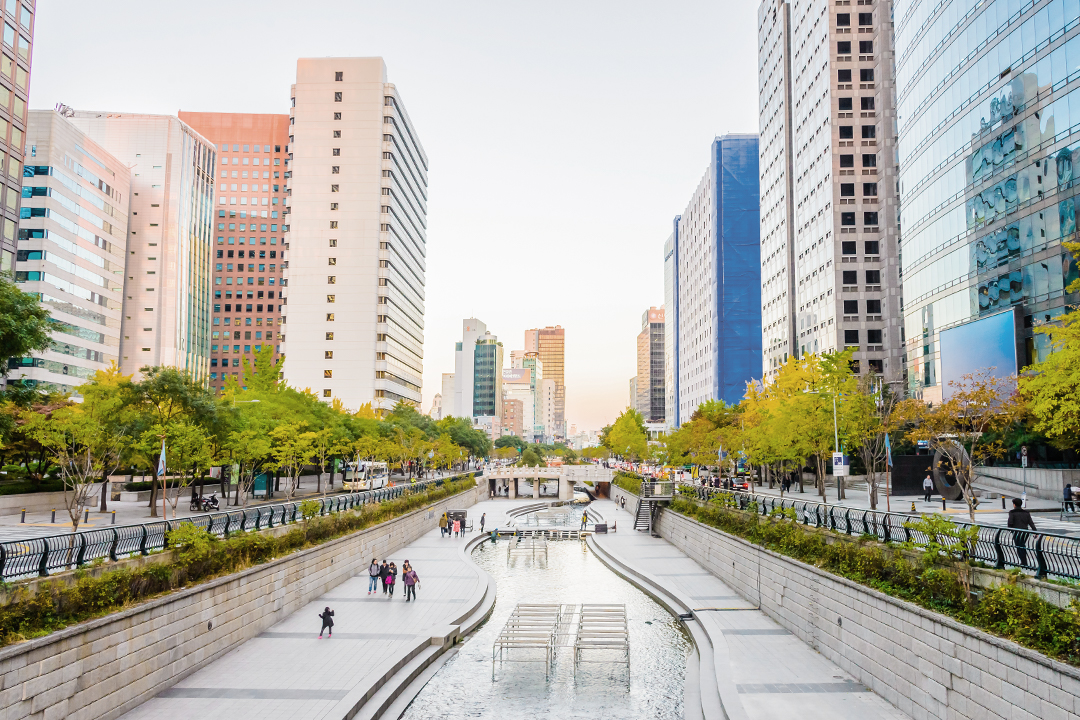 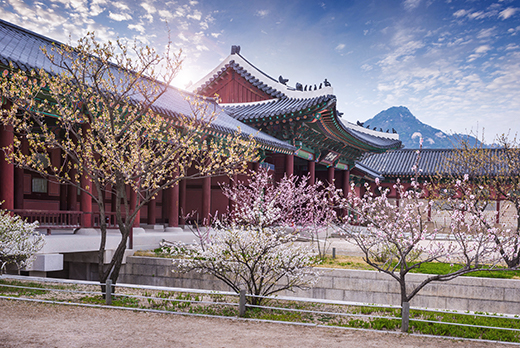 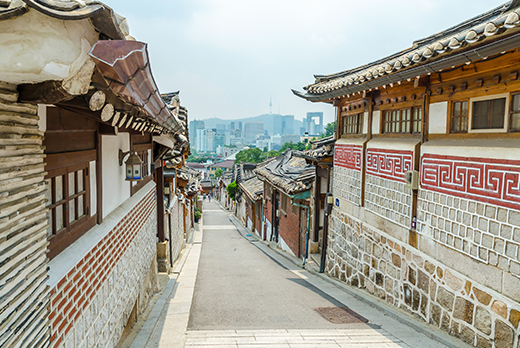 There are also a number of other options for a spring experience around LOTTE HOTEL SEOUL. Insa-dong featuring traditional craft streets; Euljiro, also called “Hipjiro” these days, in the center of the retro trend; Cheonggyecheon where pussy willows greet spring and Asian fringe trees bloom in May; and Namdaemun in the foot of Mount Namsan boasting a colony of cherry blossom trees are among them. Maximize the advantageous location of the hotel in Sogong-dong, Jung-gu by visiting Gyeongbokgung, Changdeokgung, and Deoksugung palaces and fully appreciate the romantic spring season of Seoul while sipping a cocktail at Peninsula Lounge & Bar. 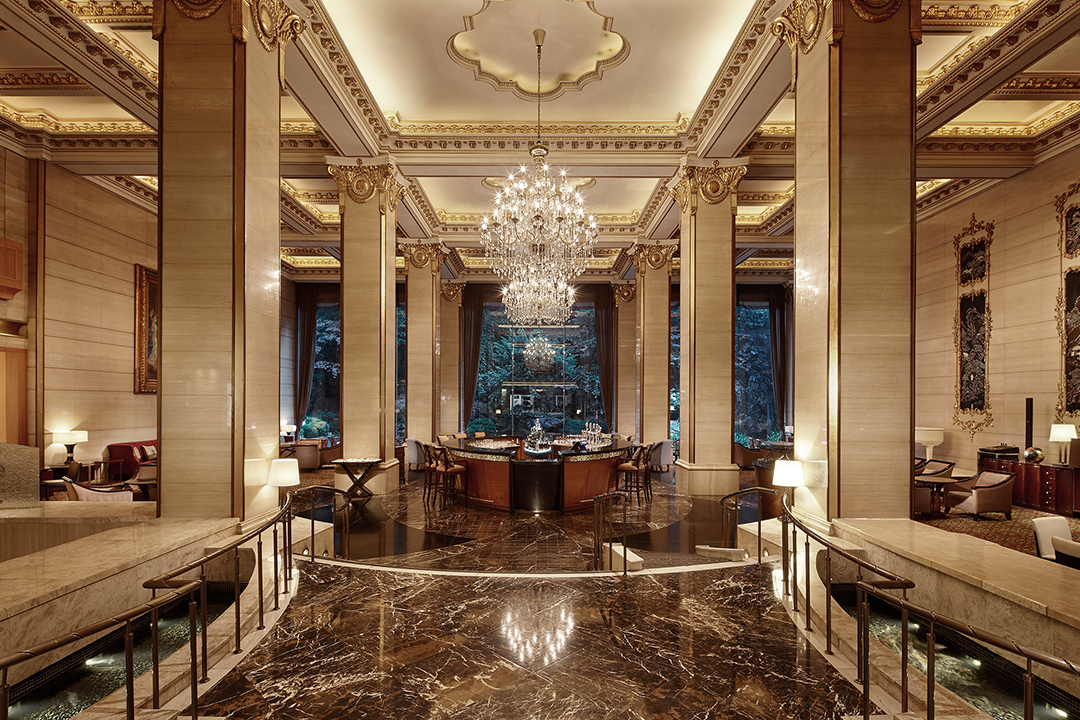 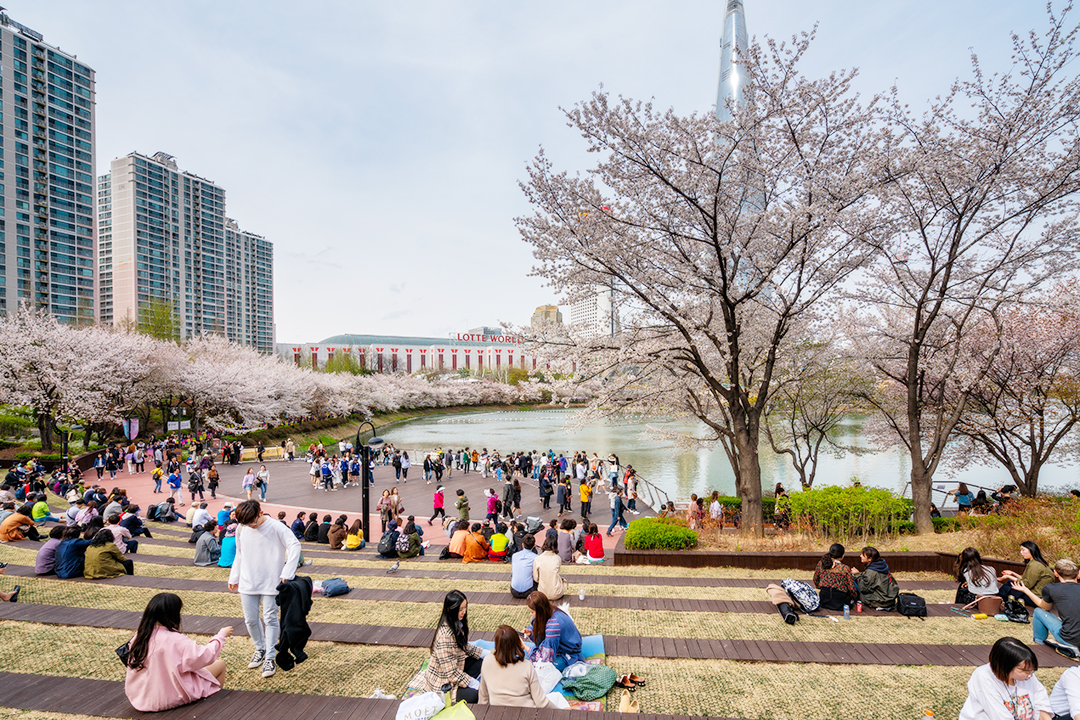 Meet Spring Reflected on Lake, SIGNIEL SEOUL & LOTTE HOTEL WORLD
Seokchon Lake is one of the top cherry blossom sights in Seoul. The flower trees embracing the round-shaped lake form a giant pink wreath in spring. To the east of the lake sits a 123-story high LOTTE World Tower while to the west is Magic Island, the outdoor park of LOTTE World. It’s only natural that the area gets a lot of foot traffic, having a shopping mall, department store, and a duty-free shop in one place, along with a theme park. Come spring, Seokchon Lake attracts families and couples for picnics and dates with its romantic atmosphere. LOTTE HOTEL WORLD and SIGNIEL SEOUL overlook the lake painted in pastel pink in spring. 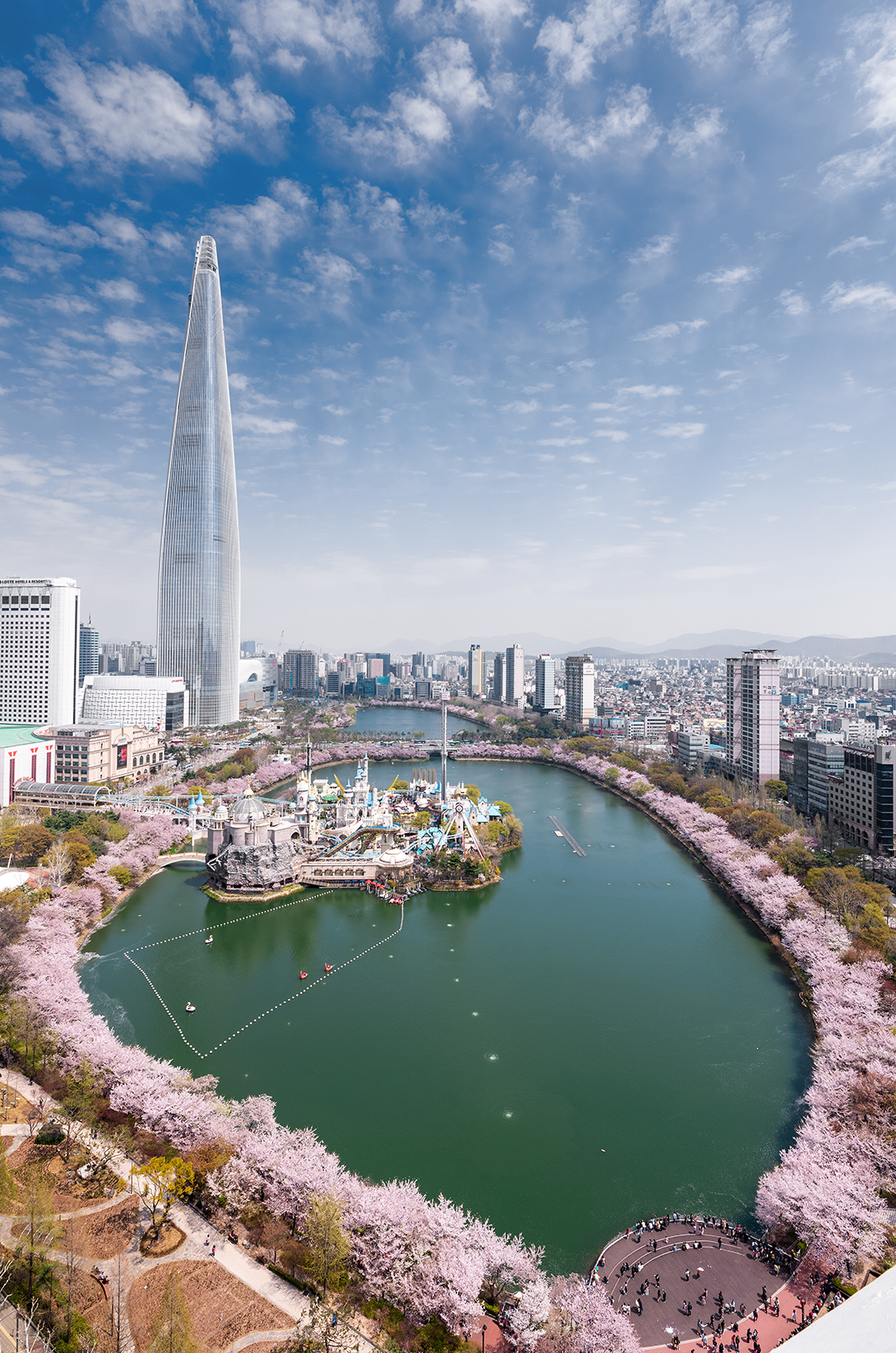 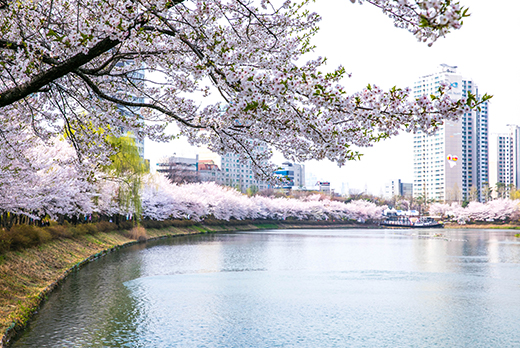 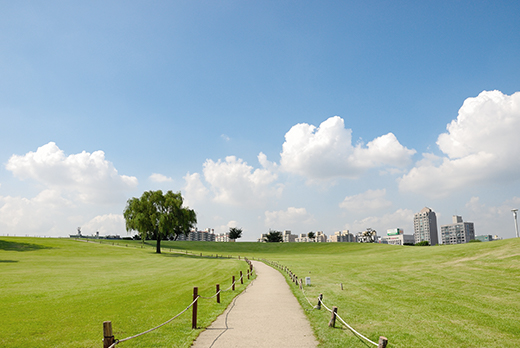 For another walking route, make sure you are well prepared before departure as it is a little over 2 kilometers from SIGNIEL SEOUL to get to Seoul Olympic Park. Having been built decades ago, the trail in the Olympic Park is wide and lined with aging trees. It offers a similar springtime atmosphere to Seokchon Lake with its cherry blossom lane that forms a flower tunnel along the stream near the northern entrance of the park. You can either visit the top nine photo spots which are scattered across the park, or walk up and down the low hills of Mongchontoseong Fortress built during the early Baekje period. If you feel like being in a wide-open space for a cool river breeze, you can go to Jamsil Hangang Park. It takes about 15 minutes from the hotel on foot. You can see a variety of spring flowers native to Korea that are available in the ecology garden where over 50,000 plants are being cultivated in a 13,200-square-meter lot. 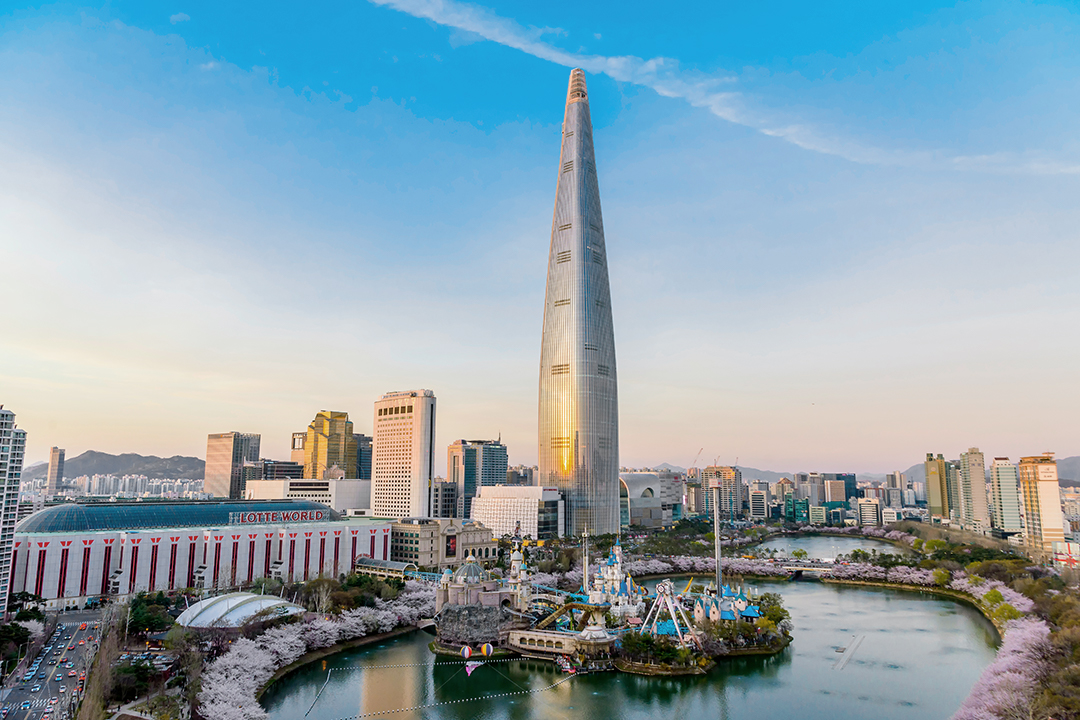 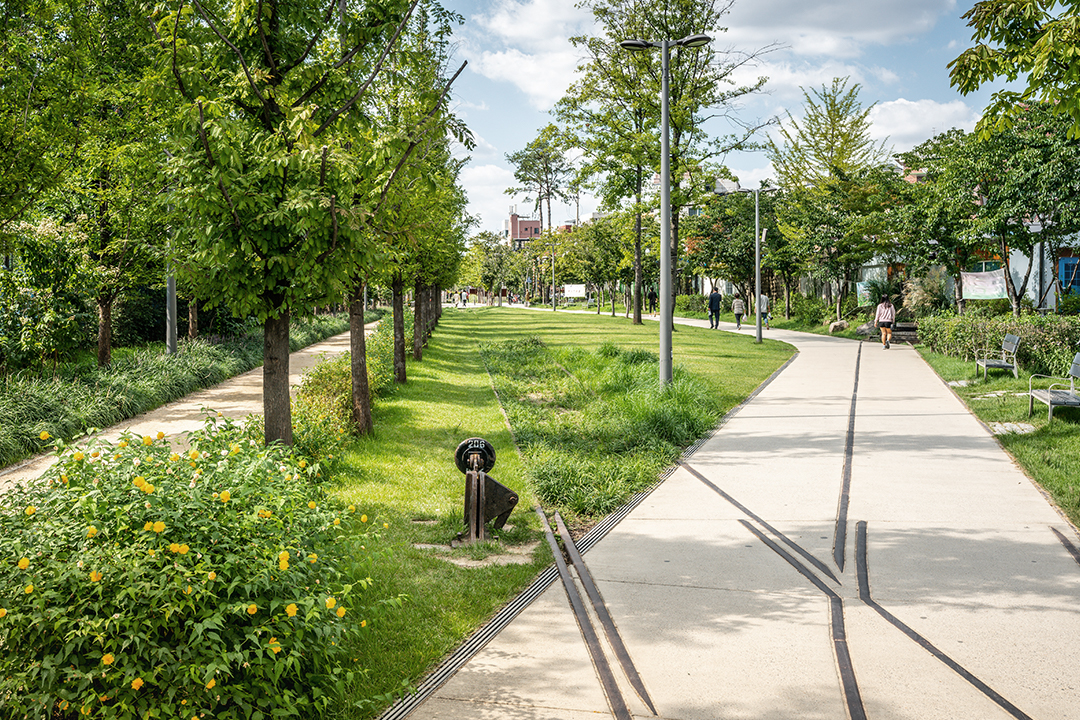 Stroller’s Spring Along Railway, L7 HONGDAE & LOTTE City Hotel Mapo
Seoul embraces many roads. Some old ones may receive renewed attention, while new ones spring up from time to time. Each of them has its own characteristics and stories to attract people who eventually become city travelers. Gyeongui Line Forest Park, created by putting the Yongsan Line underground and transforming the long and narrow stretch of land left from the construction of the Gyeongui Line and the Airport Railroad into a green space. The most popular part of the forest park is the Yeonnam-dong section, known as “Yeontral Park” after New York’s Central Park, near the Hongik University Station. Fitting for the area frequented by young people, the park is full of carefree ambience and trendy cafes and restaurants including the ones specializing in ethnic Chinese cuisine. 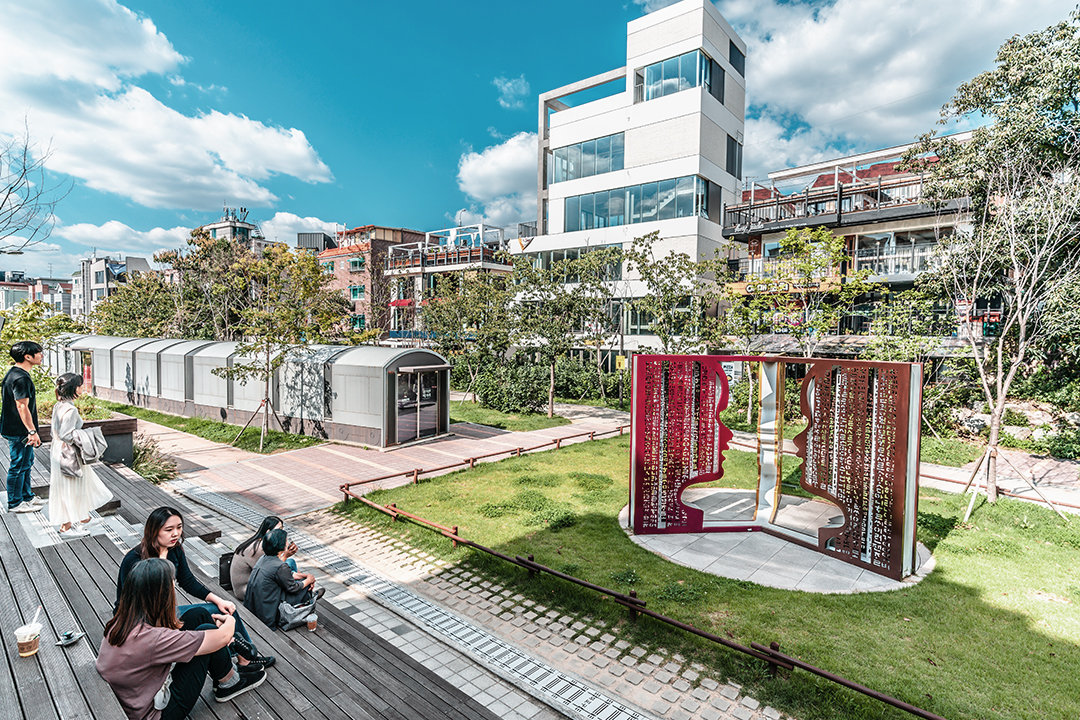 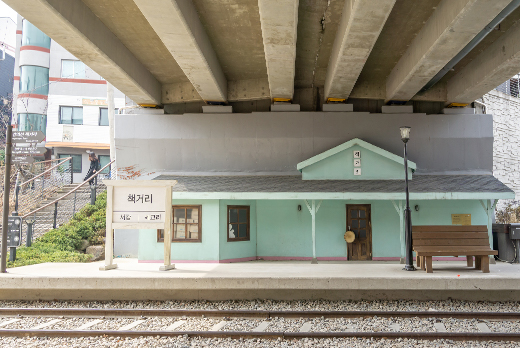 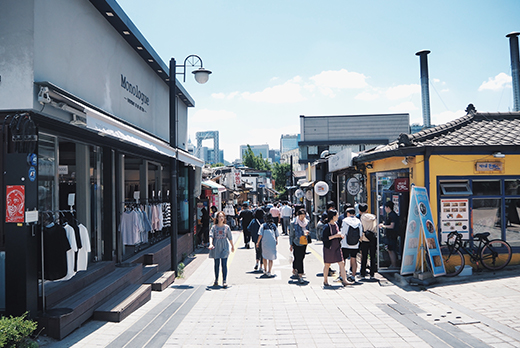 L7 HONGDAE is a hotel that has absorbed the young, trendy sensibility of Yeonnam-dong. As it hopes to appeal to the Millenials, the hotel presents a rooftop bar and pool and a vinyl collection curated by musicians active in Hongdae. The hassle-free check-in process is convenient as you need to simply scan the QR code and the booking number sent to your mobile phone at a kiosk upon entering the hotel. 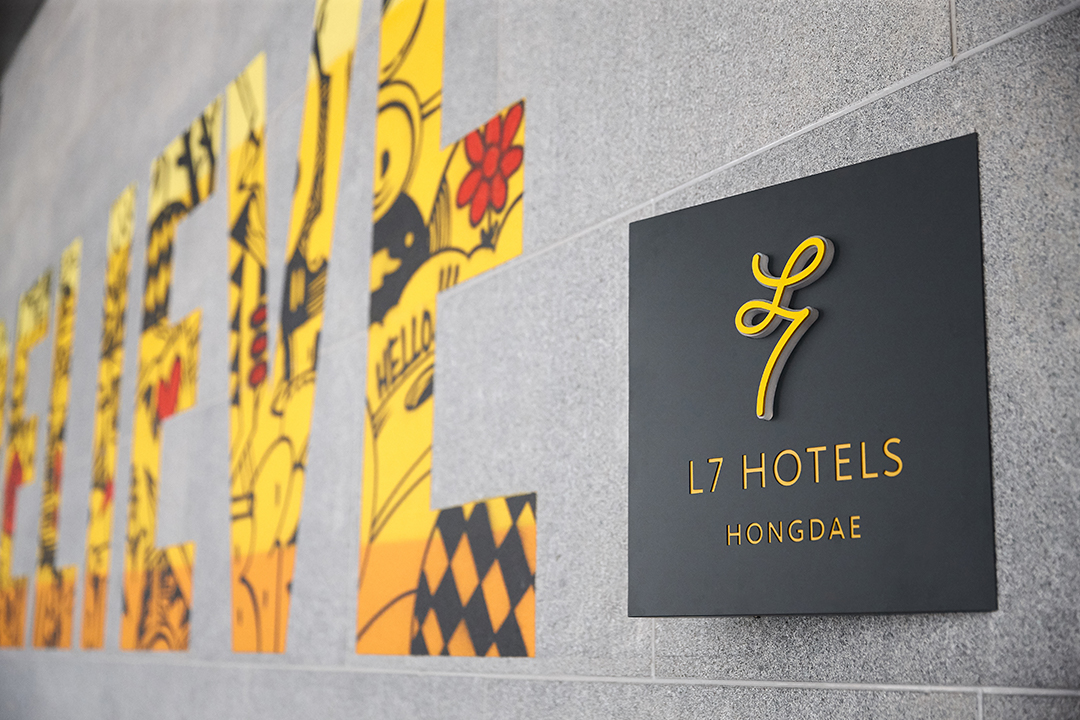 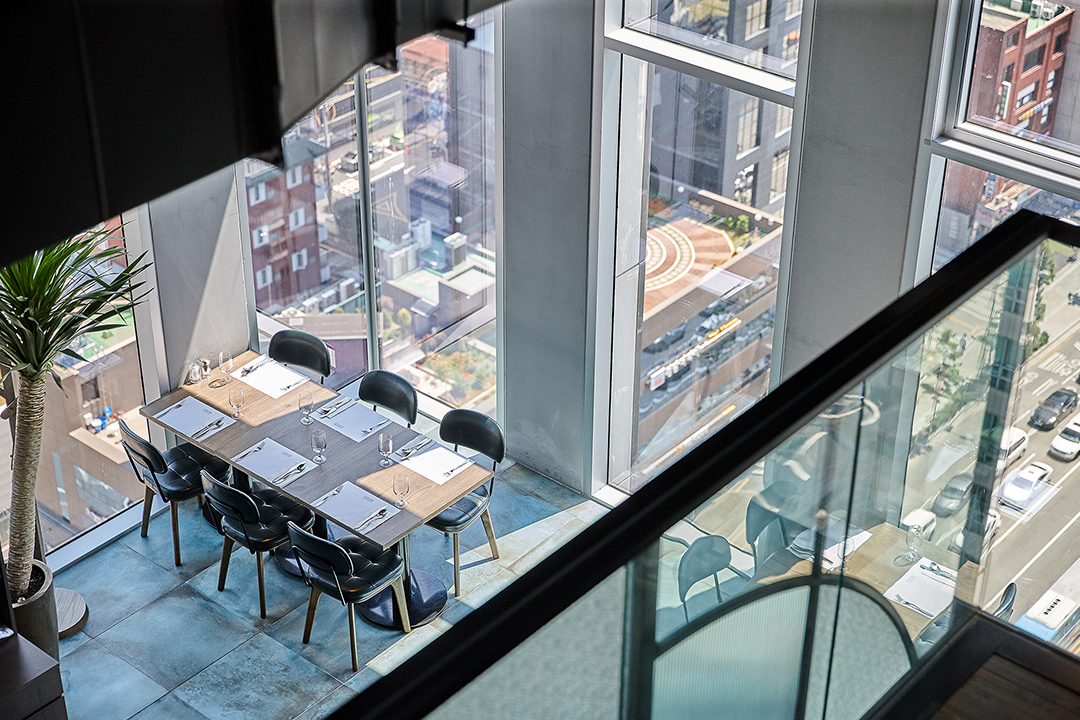 Located right next to Gongdeok Station, LOTTE City Hotel Mapo is adjacent to Gyeongui Line Forest Park. You will find yourself naturally drawn to the #urban respite. You’ll walk past Yeomni-dong and Daeheung-dong sections where a zelkova tree tunnel and metasequoias stand along the trail. The 500-meter-long flower tree path features various types of cherry blossom trees as their scent surrounds the area. The park offers a chance to fully soak yourself in the refreshing spring air.