Guam, a travel to find the wrecked ship
Although it is known as the most beautiful in the world, there’s a sad story behind Guam’s ocean floor: a number of wrecked ships sunk down during the World War I and II. Perhaps, this is another reason why a lot of scuba divers around the world visit Guam, to find those wrecked ships.
Guam is a unique place as it is the westernmost point and territory of the United States. While it’s the territory of the United States, it has also become a very popular destination for Japanese tourists. Guam is considered as a dream spot to the scuba divers around the world as the temperature of the water is always maintained between 25 to 27 degrees Celsius, all year round. In addition to that, there’re about 1,000 fish species, more than 400 kinds of coral and clean water quality. Of all, the island is famous for the Japanese warships during the World War I and II. They are so famous that among scuba divers, they call Guam “treasure of abandoned warships.” 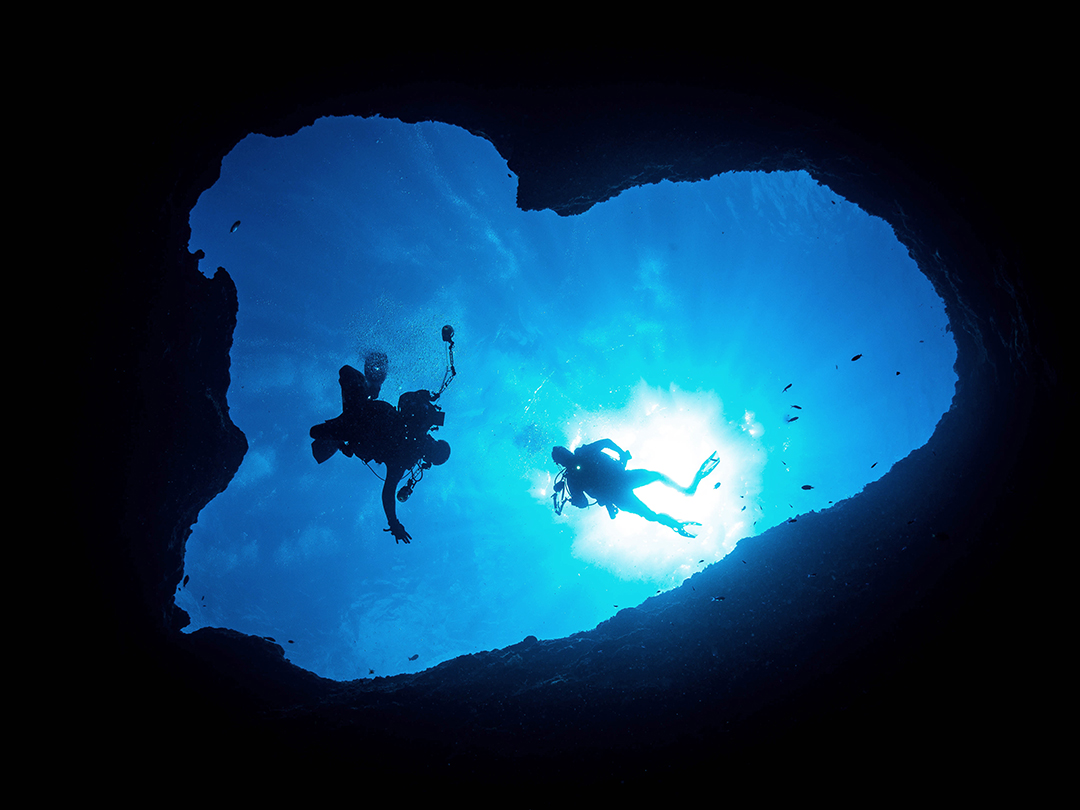 Scuba divers love Guam for many reasons; a wide variety of fish species, clean water and a chance to explore sunken ships. © shutterstock

Paradise, secret story in Guam
The Mariana Islands is a unique place. Even on the maps, it’s hard to find. It comprises of 15 volcanic mountains in the western North Pacific Ocean, stretched along the 145 meridian east and between the 12th and 21st parallels north. With its tropical climate all year long and beautiful scenery, it is called the “paradise.” And Guam, too, is one of the islands.
Unlike its nickname of paradise, Guam has its painful history. Since Ferdinand Magellan first discovered Guam in 1521, it was under Spanish territory, before it became a possession of the United States in the 19th century. During the Pacific War, it was once captured by Japan. After the World War II, the United States captured the Mariana Islands from Japan. But through this proceedings, natives of Guam as well as the young Koreans, as at the time Korea was under the Japanese rule, were unwantedly sacrificed. To commemorate the sacrifice, the Korean Peace Memorial monuments have been built at the Northern Mariana Islands. 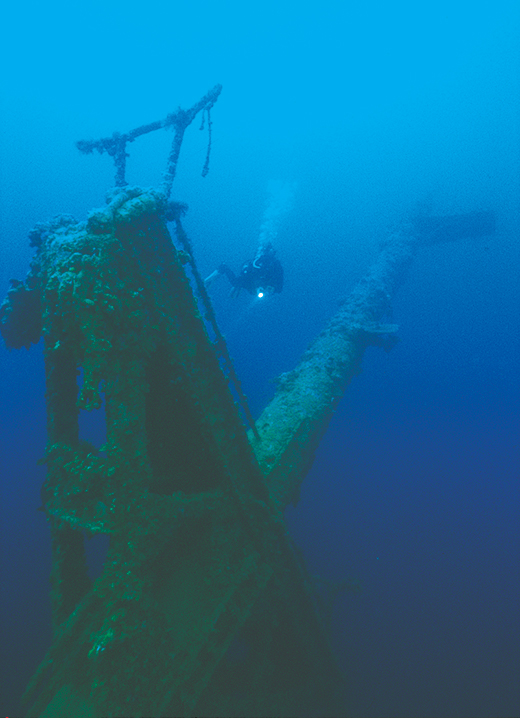 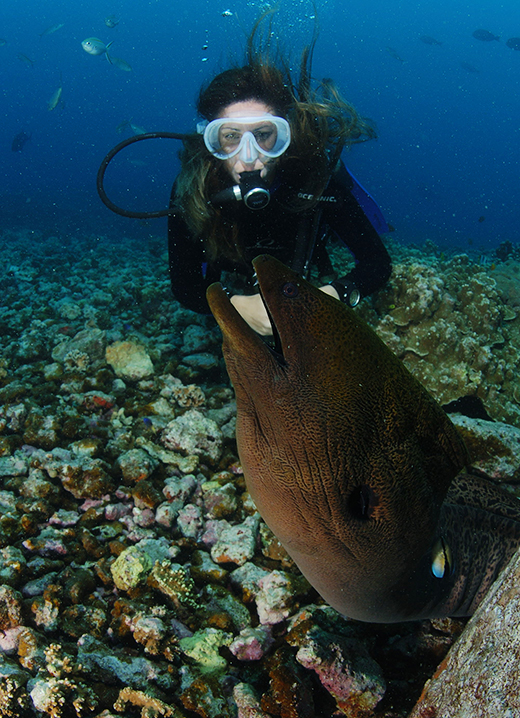 Heaven for divers and tourists
Wound could be healed over time. Although Chamorro people lived hundreds of years in colonial times, they are still keeping Chamorro language. In Guam, “hafa adai,” which means casual greetings in Chamorro language, has great meaning to meet the root of Guam. Watching Chamorro people with their bright smiles all the times, it makes the world's most painful history, The World War I and II, fade away.
After the 20th century, it seems as if Guam has lost its painful history and has newly introduced as the world’s famous vacation spot. In addition to the five-star Lotte Hotel Guam, world’s famous resorts and franchise hotels are located in Guam. Also, at the Pleasure Island, considered the center of Guam, brings together all the tourists from around the world as it has a number of luxurious brands, large aquarium, theatre that holds shows just like from Las Vegas as well as high quality dining restaurants.
Also, Guam is famously known for its diving spot as it not only has clear water but also preserves various fish species. In Guam, there are scuba diving programs and within days you can also earn a diving certificate, which is very popular to those new to diving. 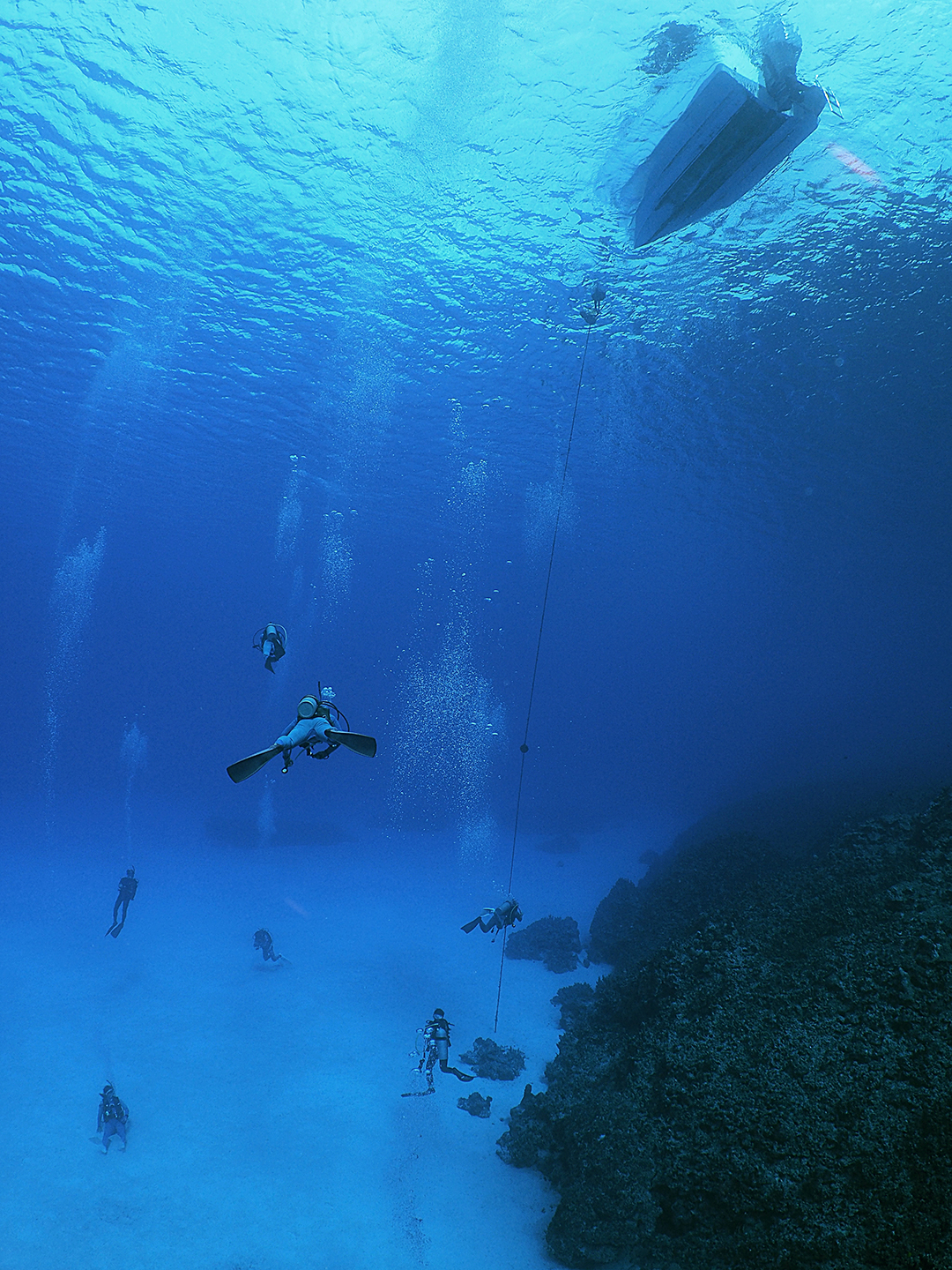 The two warships buried at Apra Harbor
Of the scuba diving programs, the most popular program is the adventure of warships. In Guam, there are a lot of warships and wrecked ships that sunk undersea during the World War I and II. Apra Harbor and Chuuk Island are the most famous out of all. Apra Harbor is popularly known as the place for scuba diving in Guam.
The two most famous warship points at Apra Harbor are SMS Cormoran and Tokai Maru. SMS Cormoran is a German cruiser that just went down itself in 1917, while Tokai Maru is a Japanese cargo ship shot down by the American submarine in 1943.
There’s a tragic story behind the sinking of SMS Cormoran. It was told that they just decided to sink themselves rather than to surrender, when the U.S. Congress declared war on Germany in 1917. At the time, SMS Cormoran was fighting in the Pacific Ocean and headed all the way to Guam as they ran out of fuel. However, the U.S. occupation forces refused to provide supply SMS Cormoran with more than a token amount of coal. Due to the tragedy, in 2017, Guam commemorated the 100th anniversary of the scuttling of the SMS Cormoran II.
Interestingly, when Tokai Maru suck 26 years after SMS Cormoran, it has been laid on top of SMS Cormoran. It may be a coincidence but a lot of divers visit here as it is the only place where divers can explore the shipwrecks from World War I and II right next to each other. 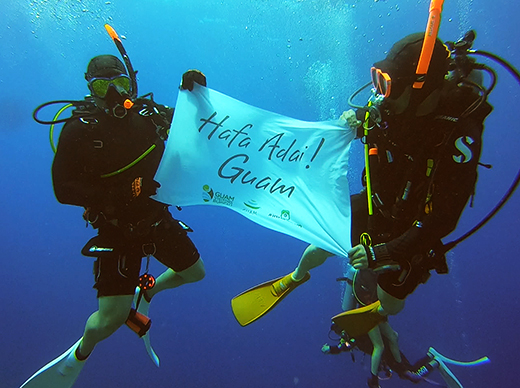 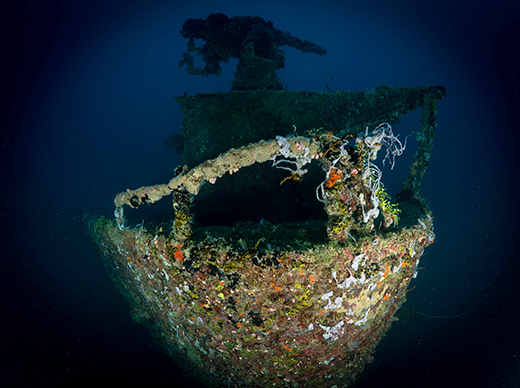 From the scars of war to another beautiful attraction
Another warship point in Guam is Chuuk Island, which is about an hour and a half flight away from Guam. This Island is also familiar to many Korean people as the Island was featured in one of the Korean variety program called .
Long time ago, Chuuk Island used to have larger area of land and deeper sea compared to the other three Federated States of Micronesia: Yap, Pohnpei, Kosrae. Due to this, it was easier for larger ships to touch at a port. Such reason also led Japan to turn this beautiful island into a military base. After, the United States indiscriminately bombed Chuuk and attacked about 40 to 50 Japanese Naval ships and transport ships.
Currently at the ocean floor of Chuuk Island, a number of ships named after Japan’s regions like Heian, Kosei, Fujikawa and others are buried 10 to 50 meters under the water. As the ship itself as well as cannons and machine guns in the ships are now covered in coral, the trace of the past are no longer to be found. Only the hundreds and thousands of bullets and skulls in the body of the ship show us the tragedy of the past.
But above it, corals of different colors like blue, yellow, red and many more has covered the ships in beautiful, yet in extremely strange shape, which steals the hearts of many divers around the world today. 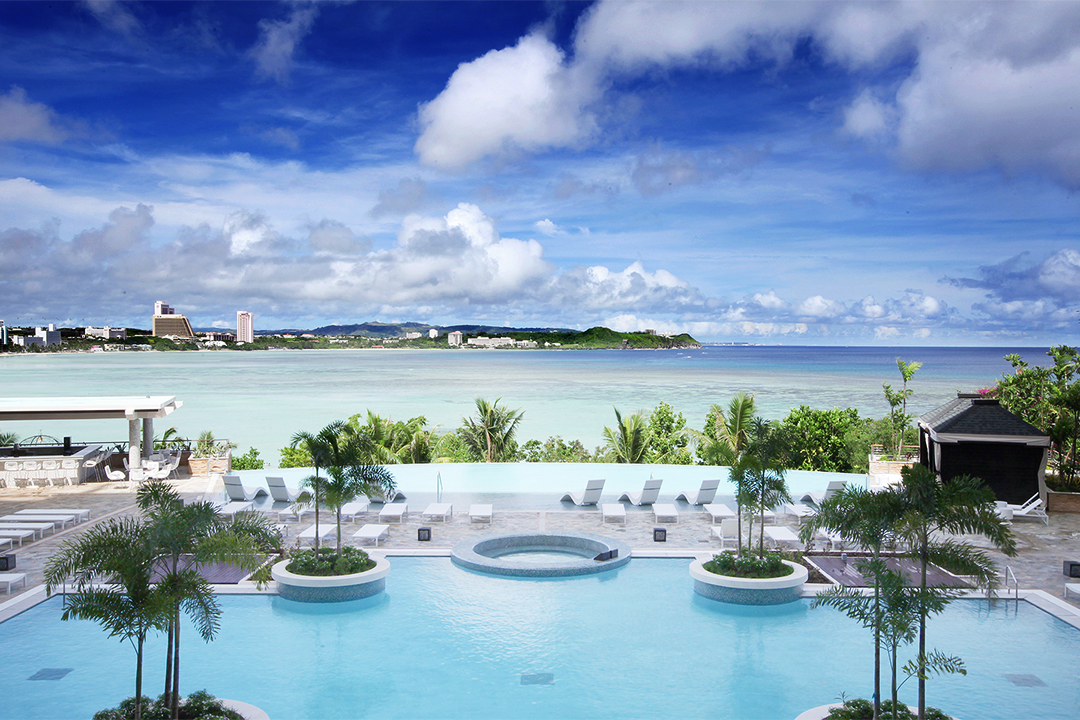 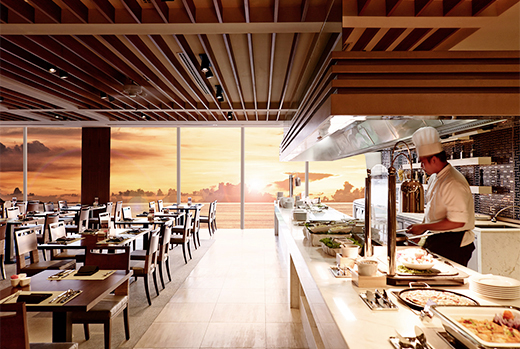 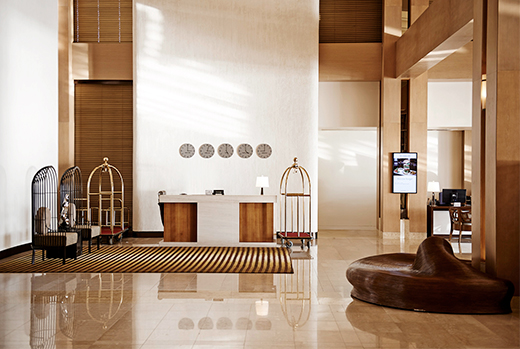 Where to stay in Guam: LOTTE HOTEL GUAM
LOTTE HOTEL GUAM is located in front of Tumon Beach, famous for its beautiful scenery of the coast. It is only a 15-minute drive from the airport and is within five-minute walking distance from Pleasure Island. Rooms are designed by the world famous HBA, where it has the coziness like home and relaxing atmosphere like a vacation spot. It also included LOTTE HOTEL’s own modern feel to the interior.