Historic Moment in St. Petersburg
There has recently been an unprecedented achievement by a Korean-brand hotel in St. Petersburg, Russia. LOTTE HOTEL ST. PETERSBURG has received a five-star status in an overseas market for the first time in the history of Korean-brand hotels. Let’s take a closer look at the charm of LOTTE HOTEL ST. PETERSBURG being recognized as a global hotel in Europe.
From Charlotte to Pushkin
Russia is in the center of Eurasia, with its land stretching from Far East to Europe. Even those who are not familiar with Russia would have heard the name Alexander Pushkin, a Russian national poet famous for the poem that starts with “Should this life sometime deceive you…”(Если жизнь тебя обманет…). LOTTE HOTEL has a close connection to Pushkin. For a long time, LOTTE HOTEL has admired and appreciated writers. It even took its name ‘Lotte’ from Charlotte, a main character in 'Die Leiden des jungen Werthers' written by Johann Wolfgang von Goethe. It is not surprising that LOTTE HOTEL holds an annual Pushkin Reading and has named one of the halls at LOTTE HOTEL ST. PETERSBURG same as Pushkin. 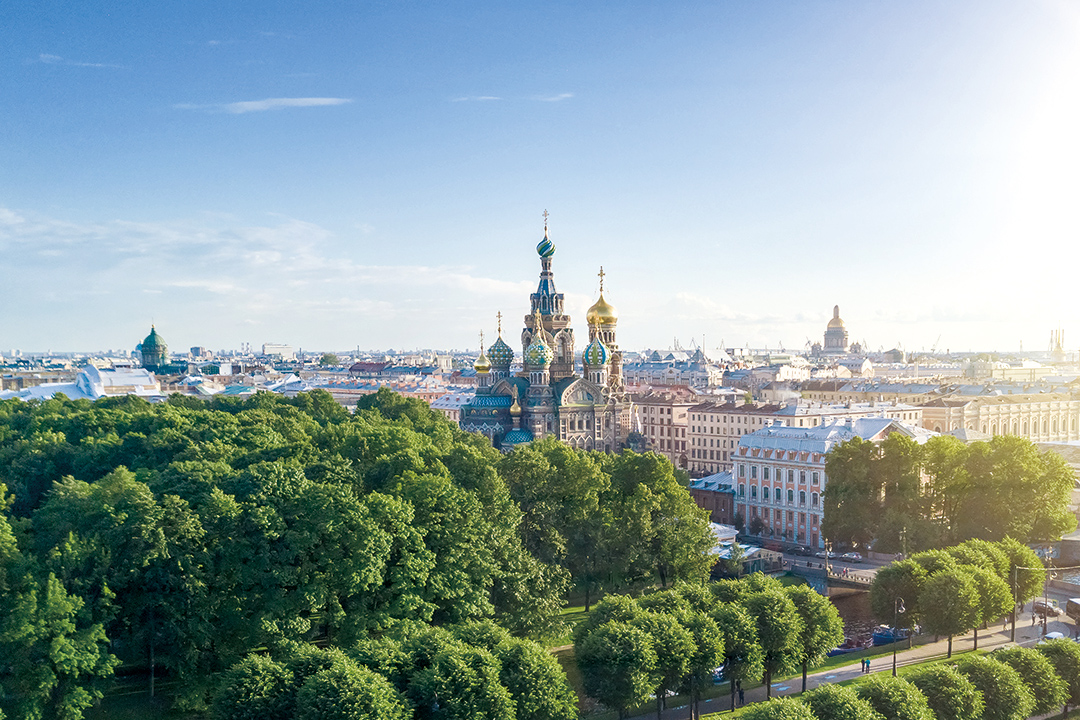 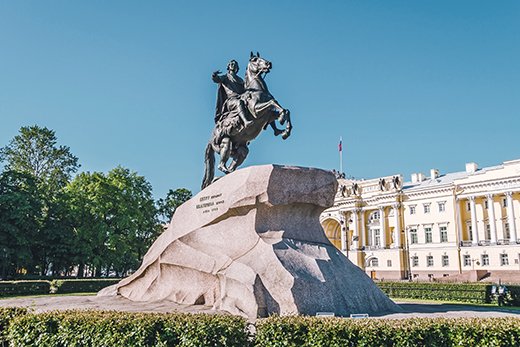 St. Petersburg is a city especially loved by Pushkin. During the era of Imperial Russia, St. Petersburg served as a capital of the nation. As many people headed to the city with big dreams, Pushkin who was born in Moscow would have done the same. Since then, he wrote numerous masterpieces, including ‘Evgenii Onegin’, ‘Tzygany’ and ‘Ruslan i Lyudmila’.
Deeply enamored with Pushkin, LOTTE HOTEL opened its second hotel in Russia in the city of St. Petersburg, after the one in Moscow, in September 2017. LOTTE HOTEL is the first and one and only Korean brand to own more than two hotels in Russia.
LOTTE HOTEL ST. PETERSBURG is located near St. Isaac Cathedral, famous for its architectural style and as a UNESCO World Heritage since 1990. The beautiful Moyka River flows in front of the hotel and the Mariinsky Theatre sits right next to it, allowing the hotel to present one of the most elegant and romantic views in all of St. Petersburg. Its location is excellent, being within a 10-minute drive from the State Hermitage Museum, one of the top three museums in the world; the Mariinsky Theatre, considered the best in Russia; and Nevsky Prospekt, the biggest shopping street in the city center. 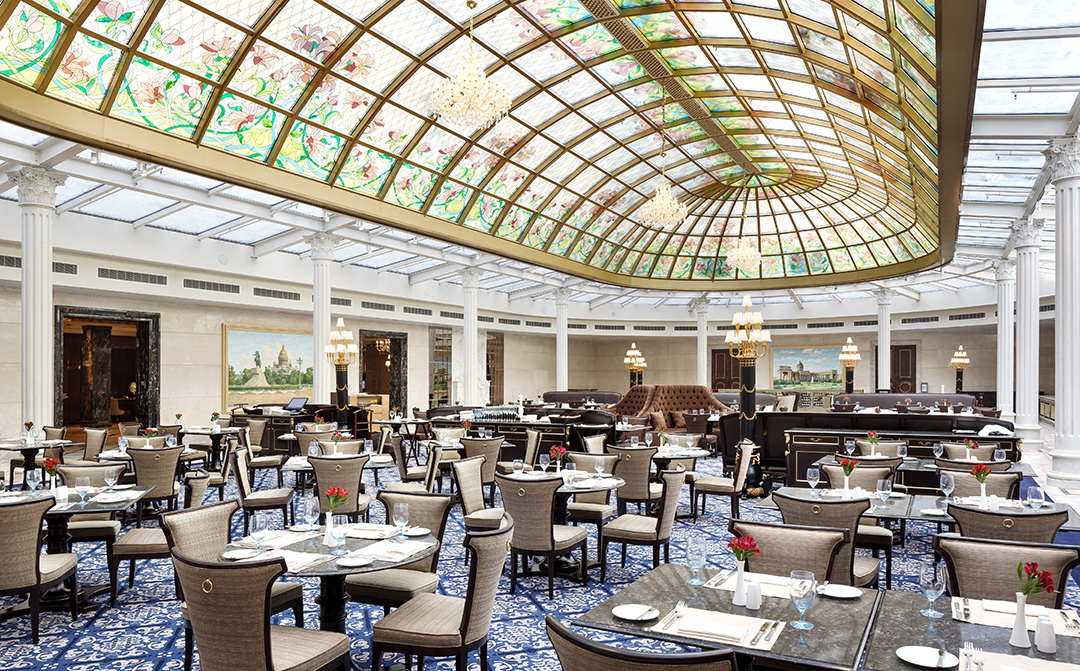 Historic St. Petersburg Mansion Becomes Hotel
One of the charms of LOTTE HOTEL ST. PETERSBURG is its elegant and exquisite architectural style. The origin of the hotel goes back 169 years to 1851. Back then, it was a historic mansion once resided by Russian playwright Nikolay Vasilievich Gogol. It also served as an office for John Quincy Adams, the first U.S. ambassador to the Russian Empire and the sixth U.S. president. After a massive renovation of over 2.5 years, the building was reborn as LOTTE HOTEL ST. PETERSBURG where the traditional and modern vibe coexists. 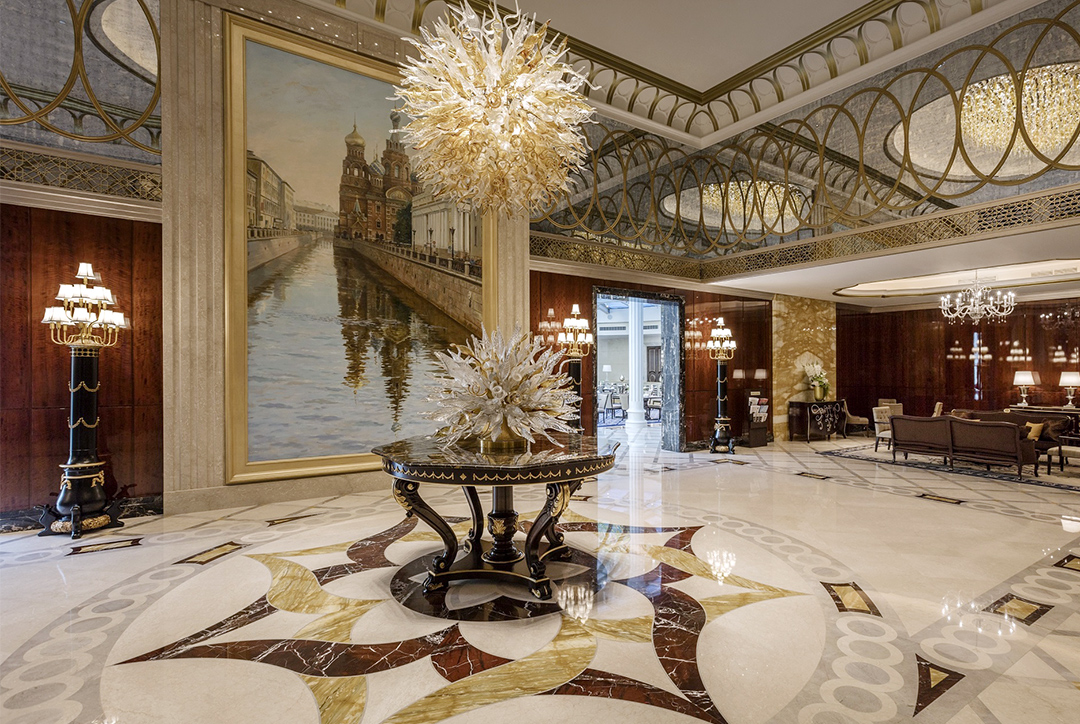 A total of 150 guest rooms are decorated in a classic and refined style, and the hotel lounge and halls present luxurious interiors with colorful stained glass and a dome ceiling. For dining options, there are MEGUmi, a modern Japanese restaurant that is hard to find in Russia, and The Lounge, an all-day dining restaurant. In the daytime or evening, L Terrasa, a rooftop bar on the sixth floor, provides a romantic setting to enjoy the view of this historic neighborhood. There is also Siniy Most which is a British-style bar serving premium drinks and signature cocktails. 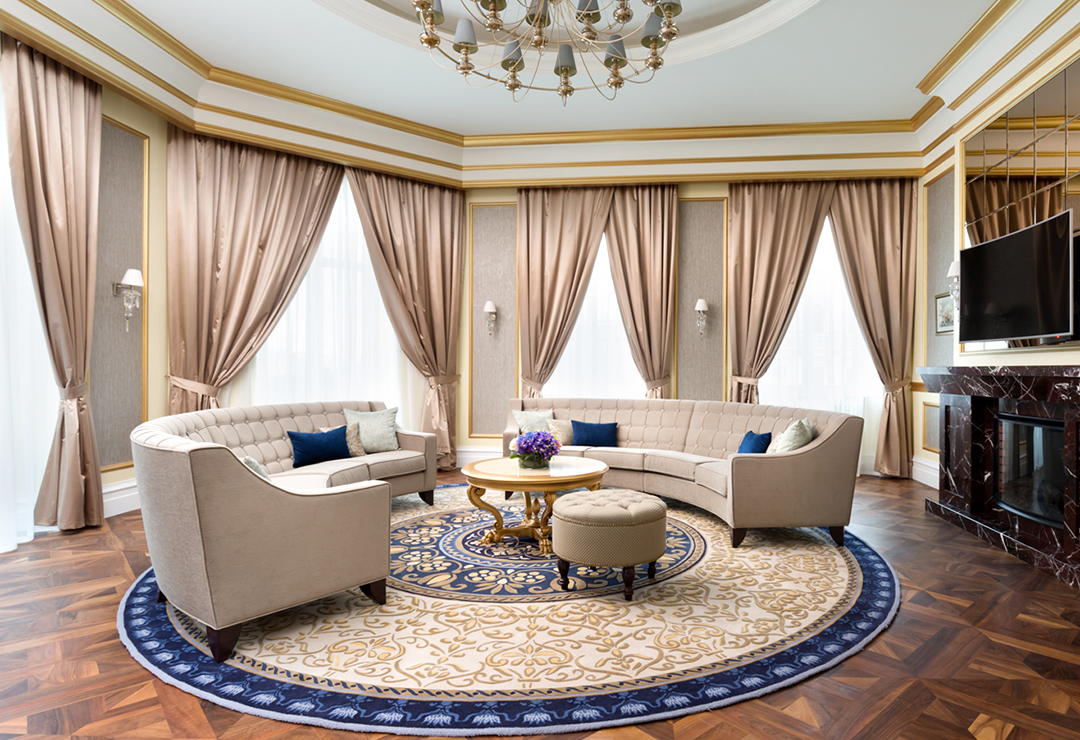 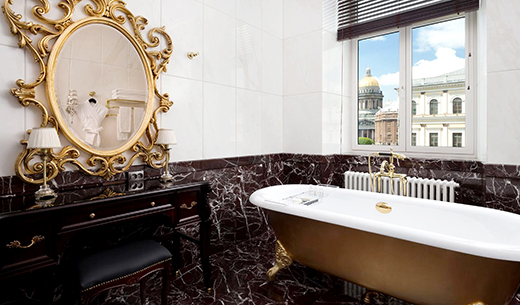 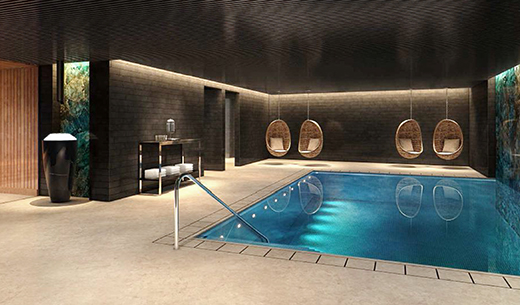 LOTTE HOTEL Ranked as Korea’s Best
There has recently been uplifting news from LOTTE HOTEL ST. PETERSBURG. In early February, <Forbes Travel Guide>, known as Michelin Guide in the Hotel industry, gave LOTTE HOTEL a five-star status for the first time among Korean hotels with overseas establishments. <Forbes Travel Guide> ranks and evaluates hotels, restaurants, and spas across the world every year. In this annual announcement, hotels are categorized into Five Stars, Four Stars, and Recommended. The new entry of LOTTE HOTEL ST. PETERSBURG seems to be based on the top-quality service of LOTTE HOTEL through its luxurious 150 rooms and fine dining options that are unrivaled in the city. In addition, LOTTE NEW YORK PALACE and LOTTE HOTEL MOSCOW received four stars, and LOTTE HOTEL SEOUL was recommended by Forbes. Overall, LOTTE HOTEL had the most establishments included in the list for a Korean hotel brand.
To celebrate the achievement, LOTTE HOTEL ST. PETERSBURG has prepared ‘Shining Stars by Forbes Travel Guide’ package available until December 30 this year. The package includes a round-trip transfer to and from the airport or train station, a spa session(30 minutes/select one among head, back, and legs), a welcome drink, and daily breakfast(buffet or in-room service). Why not consider taking a luxurious break in Russia’s ‘culture capital,’ St. Petersburg, this spring?

St. Petersburg White Nights Festival
Every year around summer solstice between May and July, St. Petersburg experiences a white night phenomenon in which the sun is up for 20-21 hours a day on average. The city hosts White Nights Festival during this period. While the festival is ongoing, St. Petersburg hosts all kinds of events and activities, including classical music and ballet performances, fireworks, and street parades. The most popular of them is held at the Mariinsky Theatre. It is a series of opera, classical music, and ballet performances where world-renowned musicians, conductors, and dancers participate in.
wnfestival.com

Dance Open International Ballet Festival
Dance Open International Ballet Festival is one of the biggest ballet events in Russia that opens every April. Held at the Alexandrinsky Theatre, the oldest state theater in St. Petersburg, the festival is attended by top ballerinas and ballerinos from around the world, star choreographers, and rising dancers. The festival features various genres of dance including classical ballet, modern, and avant-garde dancing and opens master classes for students.
www.danceopen.com