Miniatur Wunderland in Hamburg, Germany, wherever it is that you want to travel to
Days like today, where skyways have been shut down, in Hamburg, there’s a landmark where you can take a sneak peak at the cities around the world and their daily lives. Such place is called Hamburg Wunderland, where all the tourist sites are gathered in one place. Enjoy your fantasy trip to another new eutopia.
Miniatur Wunderland, a landmark of Hamburg
Due to the World War II, within the cities in Germany, there aren’t that many architectural buildings that remain to be called as the city’s landmark. Memories of Germany are mostly either beer or sausage but aside from that, it’s not that easy to find something that represents the city. Hamburg, known as Germany’s biggest trade city, has Elbe river flowing through the city. It is also the second biggest city in Germany, after Berlin. Despite all this, it’s hard to be seen as a memorable city.
However, there is one place in Hamburg that the tourists always make their stop at. Although Miniatur Wunderland has a short history, but once they step inside, they can spend the entire day in there. Despite its short history, the Miniatur Wunderland has become a representative site in Hamburg.
When they first opened, their goal was to have up to 100,000 visitors but now, they have more than 1 million visitors per year. It has now become Hamburg’s top tourist site and has also helped the growth of its economy, as well as becoming the landmark. Still, the designers and the technicians at the Wunderland are continuously researching to create a new city within the small earth. 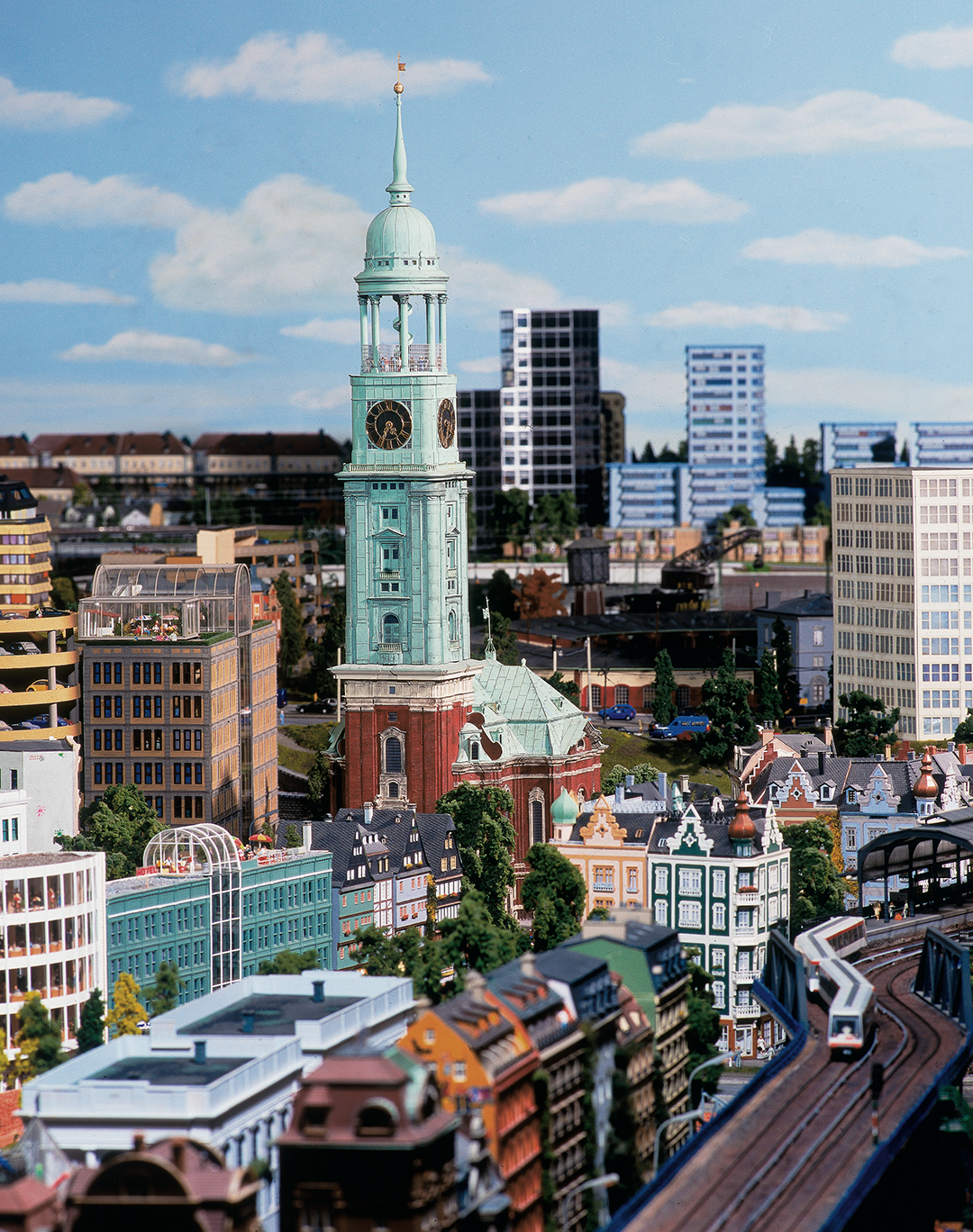 Hamburg, hometown of the wonderland where everything has shrunk to 1:900
With a total area of 1,499 square meters, the Miniatur Wunderland has famous countries and cities like Germany, Austria, the United States, Scandinavia, Italy and many more. The facility to create this city is huge. A total of 1,040 railway models, 46 airplanes, 9,250 cars, decorated on the floor and up in the air. A total of 264,000 person figures create a small nation of different cities. Each cities has its magnificent view of the landmark. On railways, where the trains passes by, and on highways, they’ve added their sense of humor by filling up the highway with cars to create a sense of reality of rush hour. 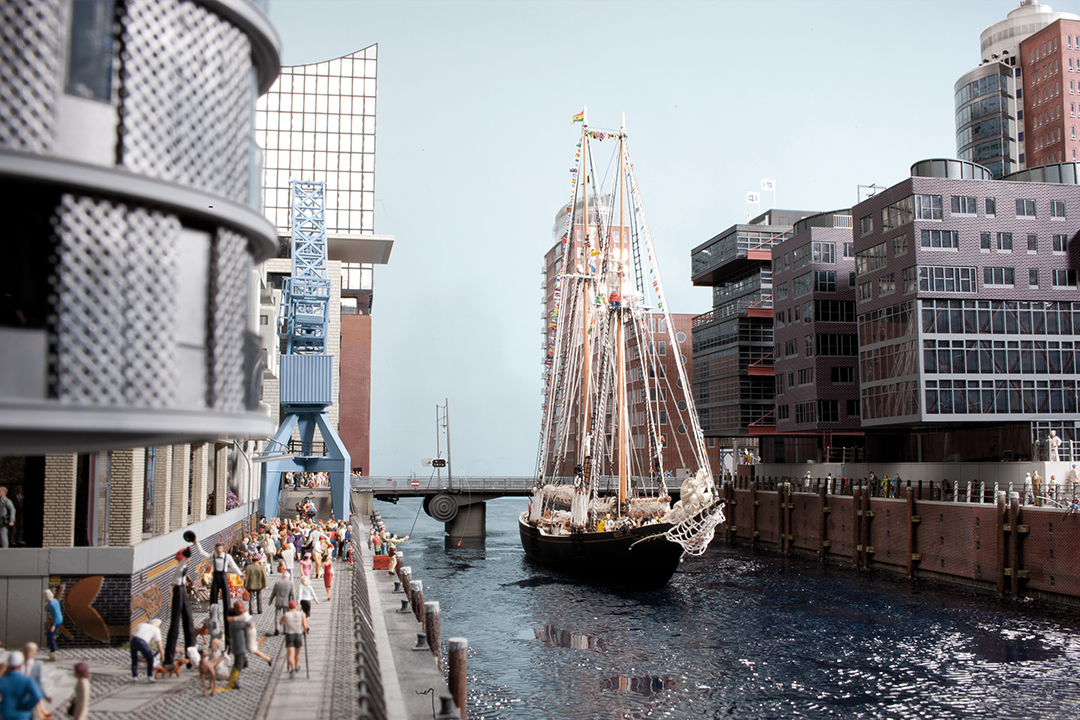 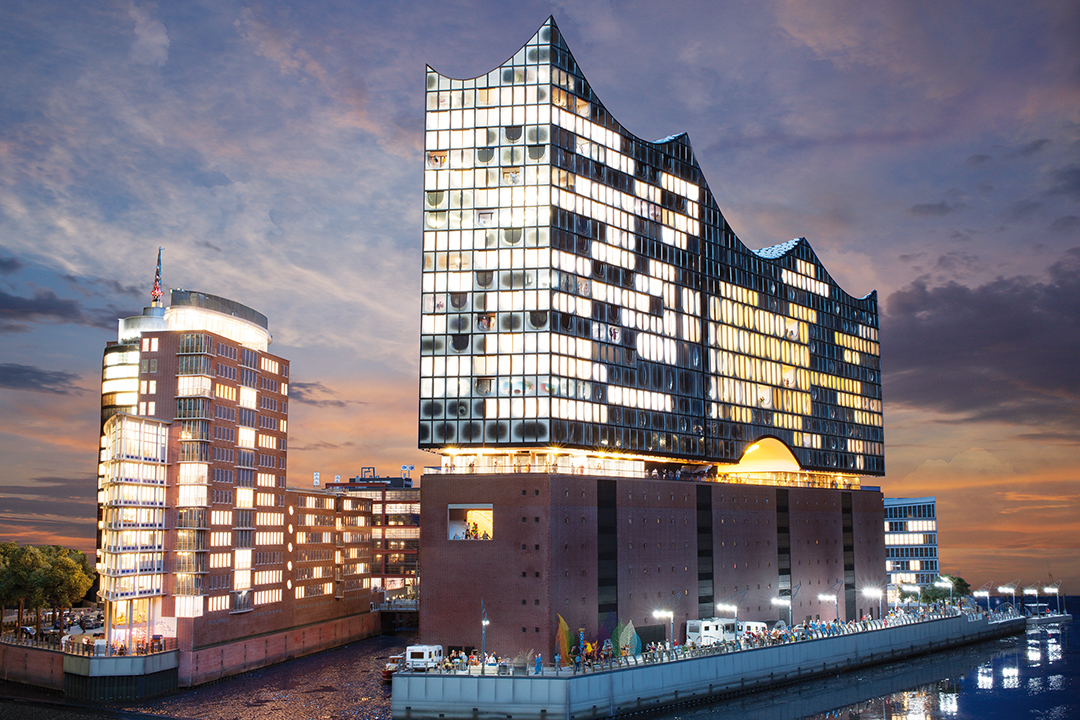 Miniature of Hamburg’s Elbphilharmonie at night

Here at the Miniatur Wunderland, what does Hamburg look like?
At Hamburg’s central station, they have an average of more than 1,500 trains running to take the passengers. Those who visit the city make a stop at notable tourist sites like the Hagenbeck Zoo to spend time with their families and Volksparkstadion, to root for a pro football match against their biggest rival FC St. Pauli and Hamburg SV (HSV).
When there’s a performance, they would head to Hafencity to watch Elbphilharmonie Orchestra. All these well-known tourist sites in Hamburg has been shrunken into a total area of about 200 square meters, about 1:900 ratio. It took about 19,000 hours to complete it. 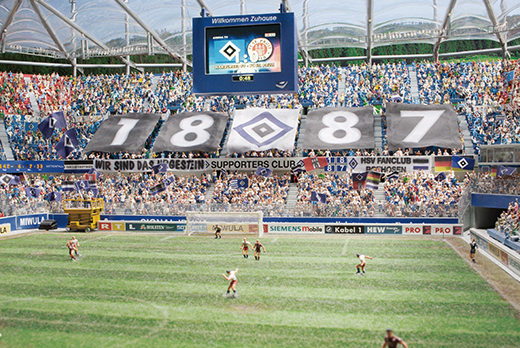 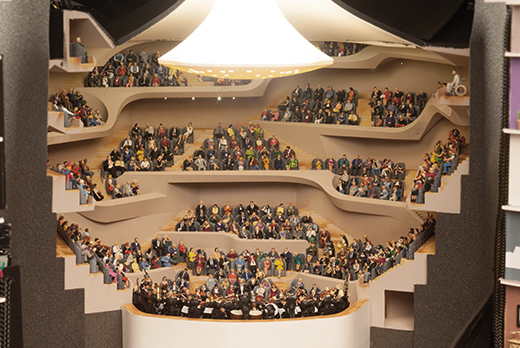 Along with the thousands of people shouting and cheering for their teams at football stadiums, you can see the people grabbing a glass of beer at a restaurant next to the Elbe River as well as the workers going around places and the people enjoying the performances of the orchestra, all at one sight. They’ve shrunk in such small size, a size of our fingernails, but they are portrayed with such active movements. When you take a look at it for a while, you may feel like you’re standing at that site. 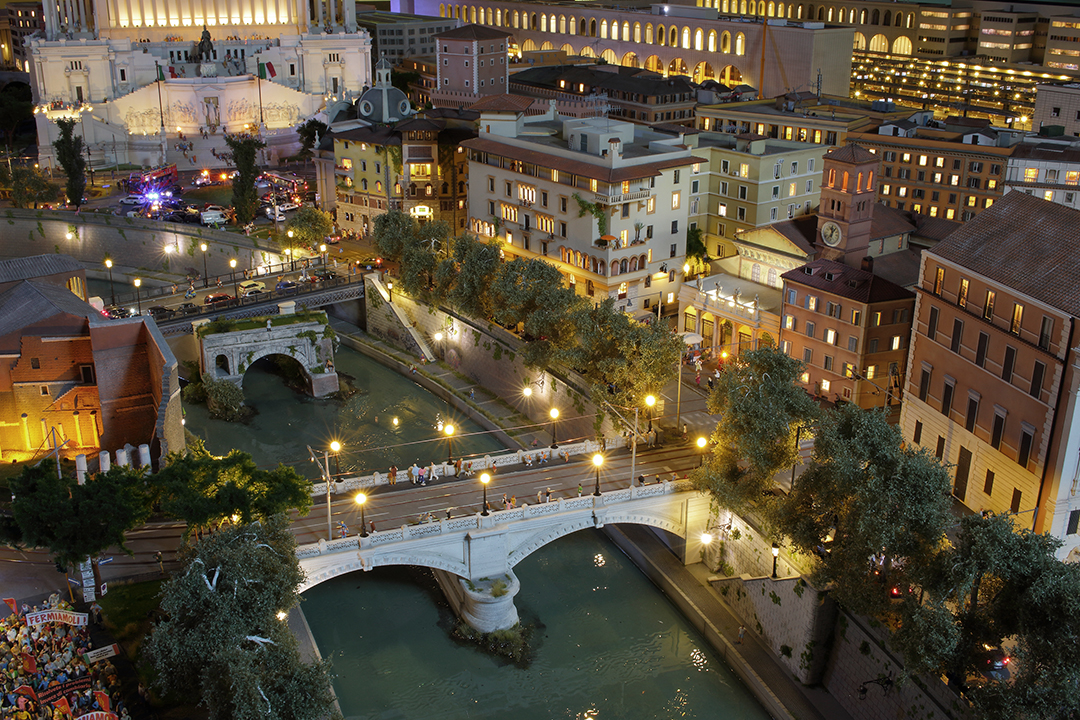 Miniature of Italy at night

“Venice,” a city of water, just like destiny
Venice, loved by almost everyone around the world as the most romantic city, can also be visited at the Miniatur Wunderland. Venice is the latest creation at the Miniatur Wunderland as of now. They started building in 2016 and was finally completed in 2018. Of all the sections at the Wunderland, it takes up the smallest area, at about 9 square meters. Just as if it’s proving that Venice is “city of water,” there are 150 small and large boats floating through the river, between the 26 bridges.
Having spent about 35,000 hours to create the miniature version of Venice, of all the beautiful scenery, they have “Acqua Alta,” where they show demolished version of the city as it got sunk under the water, in the most realistic way as possible. 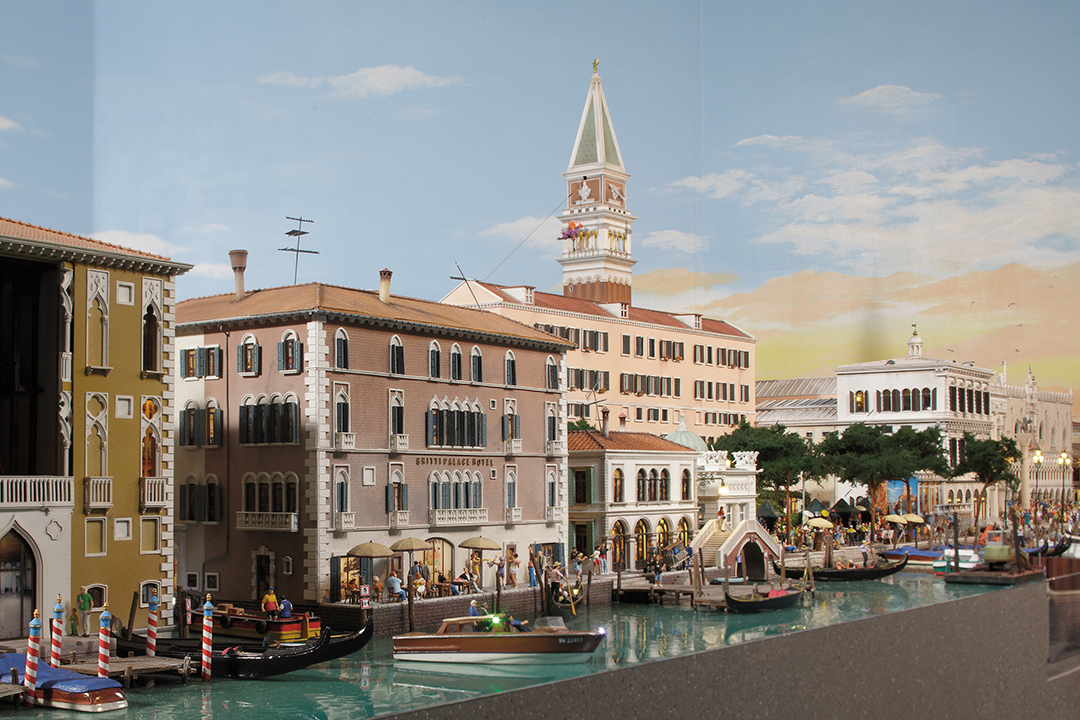 Boats and buildings above Venice canals 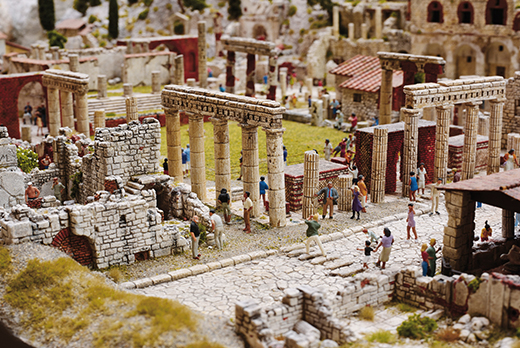 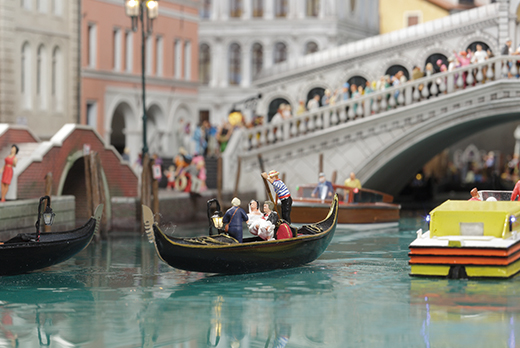 A wedding ceremony on gondola in Venice

They’ve demonstrated the beginning stage of demolition of the buildings and the detailed work proves the worth of the Miniatur Wunderland. Perhaps, this may be the reason why Venice is the city where visitors stays the longest at. Unlike other cities at the Wunderland, at Venice, they don’t have moving cars or trains. Instead, there’s a gondola moving around the city’s representative canal and when you follow along this route, you can naturally see the buildings around it. In ensemble to the buildings, you’ll get to Rialto Bridge. Once you follow along, you’ll pass by St. Mark’s Square and reach Doge’s Palace.
In a city filled with about 3,000 figures, about 4,000 lights will brighten the city of Venice and show the real culture of northern Italy.

"We all are definitely not a lonely dreamers. I want to present a world where I can inspire all the travelers here, where dreams become reality." 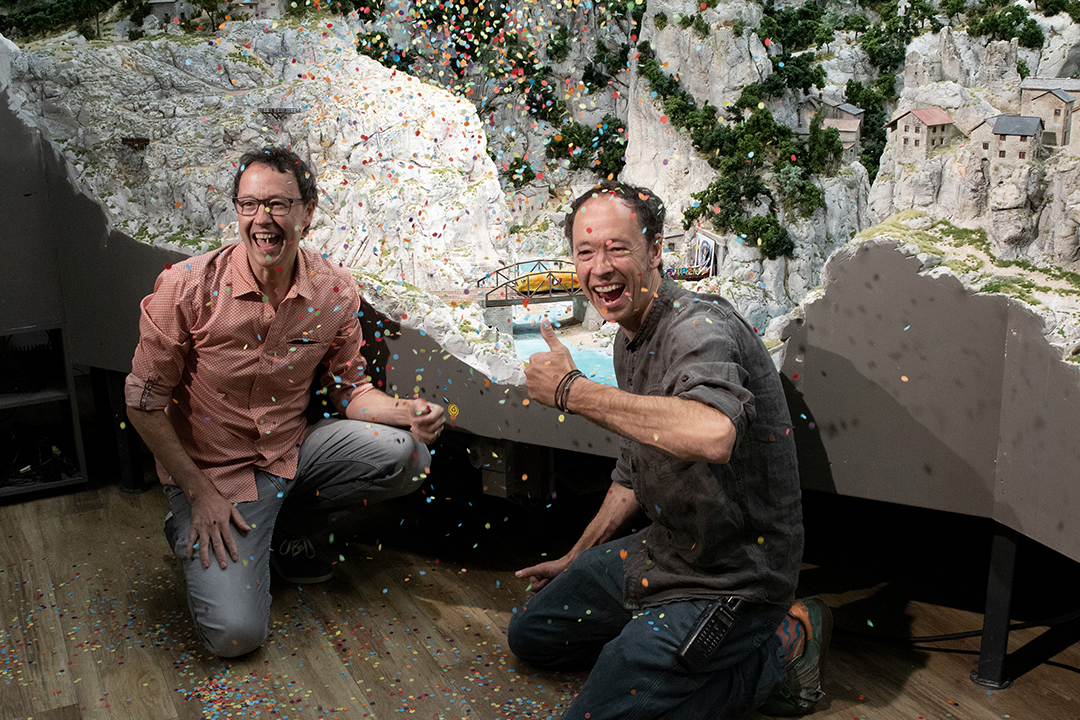 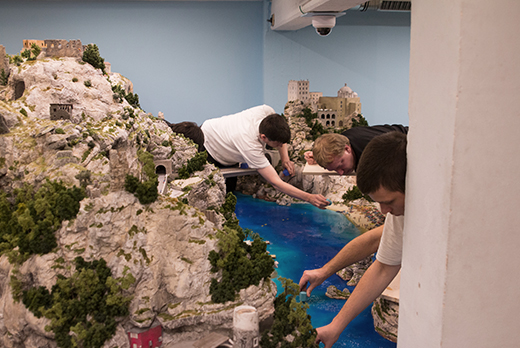 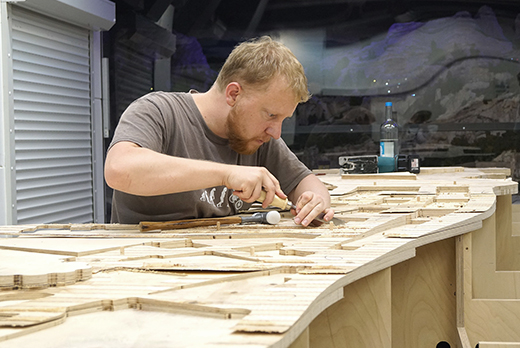 Currently, they are working on creating Monaco, the second smallest country in the world. It is expected to be presented in November this year.
From the point where you leave the Knuffingen Airport, where there are the most number of flights arriving and departing around the world, to a glass of cocktail at a summer beach in Italy to an outstandaing night at a hotel at Las Vegas, to finally skiing at the beautiful slope of Scandinavia in the winter, you can only get out of Miniatur Wunderland by experiencing all four seasons. 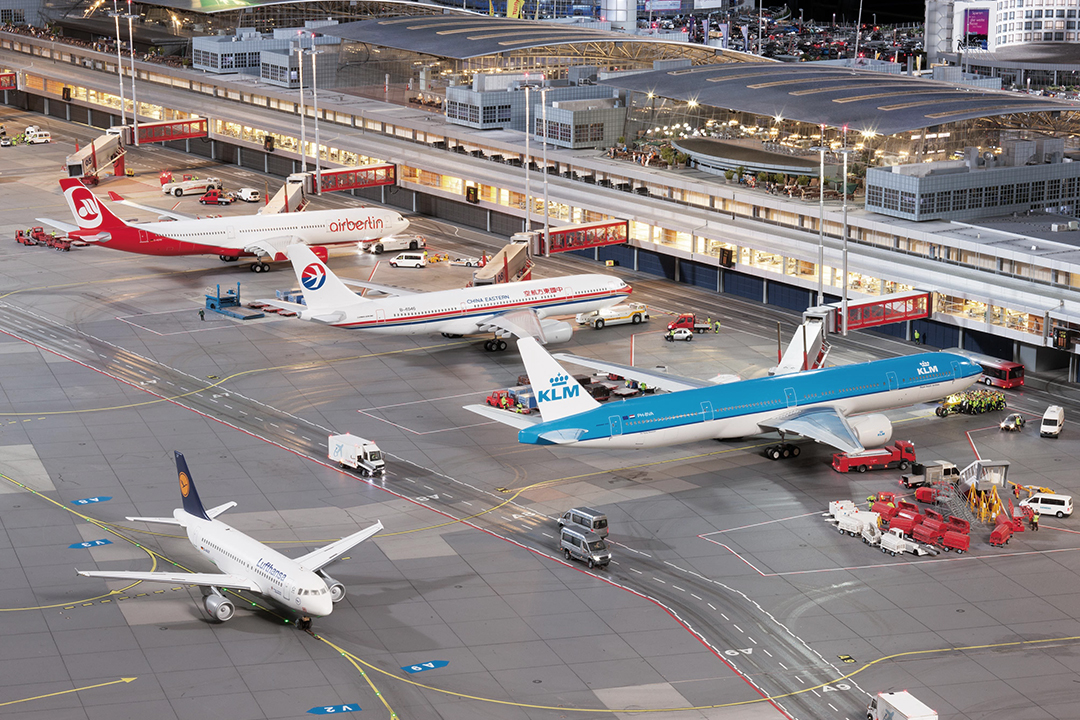 Airplanes waiting to take off from Knuffingen Airport 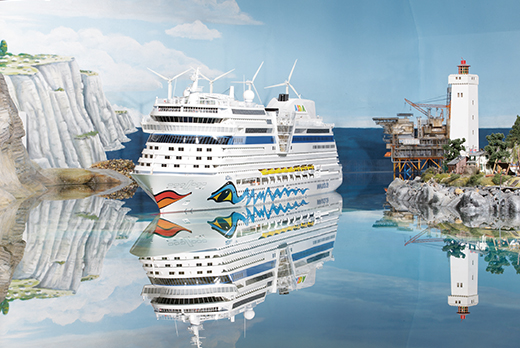 Large cruise ships on oceans around the Scandinavia 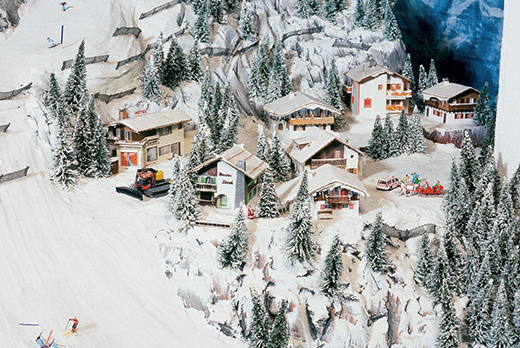 “We all are definitely not a lonely dreamers. I want to present a world where I can inspire all the travelers here, where dreams become reality,“ said the Brown brothers.
While everyone around the world is spending their time in isolation, the Brown brothers are presenting these cities, the ones on everyone’s bucket list, here at Hamburg Miniatur Wunderland.