Buyeo, Baekje’s Unrealized Dreams
Buyeo was the last capital of Baekje. When the excavation of the Royal Tomb of King Muryeong yielded massive amounts of relics, it helped shed a new light on Baekje’s culture. For the most part, though, Buyeo and Baekje remain on the periphery. Lee Neogg, an art historian who has served as the director of the Buyeo National Museum, extols virtues of the great Baekje culture and tells us why we should visit Buyeo.
I’ve been traveling back and forth between Buyeo and Seoul for a long time. Whenever I do that, I make sure to arrive in Buyeo around the sunset. From Gongju, I take the local road along the Geum River. There isn’t much traffic there, and the road is as tranquil as the river that flows next to it. The red glow of the setting sun fills the sky, and as it reflects off the river, it makes the sand on the riverside shine even more. The ridges of the low mountains on the other side of the river give off snug feelings. These moments have stood the test of time and have maintained their natural beauty in my heart.
After becoming Baekje’s capital, Buyeo also emerged as the center of the ancient East Asian culture. Look no further than relics from that period.
Underappreciated Baekje Culture
The river flows with history. Baekje relocated its capital from Seoul to Gongju and then to Buyeo. The switch from Gongju to Buyeo must have been done along the river. And when Baekje collapsed, people must have left Buyeo and escaped to Gongju along this route. The blood, sweat and tears of Baekje people, not to mention their history of hope and despair, have all flowed away. King Seong of Baekje, who moved the capital to Buyeo, said this before his death: “Whenever I did thinking, I always had such unbearable pains.”
In our history, Baekje has been underappreciated. It was brought down by the allied forces of Silla and Tang empire, and its history was completely destroyed and distorted. The excavation of the Tomb of King Muryeong, considered the most significant discovery in Korea in the 20th century, yielded huge amounts of relics. It helped shed a new light on Baekje’s culture. Relics from the tomb are similar in style with those from the Southern Dynasty during the Period of the Northern and the Southern Dynasties in China. And most of the ones discovered from the tomb are far superior to those from the Southern Dynasty. Chinese historical documents note that Baekje re-emerged as a powerful state during King Muryeong’s reign with Gongju as the capital.
King Seong, son of Muryeong, built the royal tomb for his father. And the history and culture of Baekje reached a turning point with King Seong in power. The Tomb of King Muryeong was completely different from other stone chamber tombs. It’s easy to see how revolutionary King Seong had been at the time, as he did away with the most conservative form of tombs. King Seong also promoted Buddhism and Confucianism, and sought to build a culturally advanced state. Baekje at the time passed on many products of civilization to Japan. Buddhism, which King Seong disseminated to Japan, laid the foundation for Japan’s ancient and medieval spiritual culture.
King Seong Makes Buddhist Culture Bloom
Scholars believe Buddhism passed through China and Korea before blossoming in Japan. They find Buddhist culture at its most advanced during its early evolution in Japanese medieval Buddhism. And it was King Seong of Baekje who made it all possible in the first place, which is why he deserves ample credit. According to Chinese records, King Seong dispatched envoys and purchased writing by Xiao Ziyun, considered the greatest calligrapher of the time, thousands of pieces of gold. That level of passion and interest helped form the framework in which Baekje grew into a powerful cultural state. After King Seong (523-554) laid the foundation, King Mu (600-641) let it all bloom. And to realize even bigger dreams, King Seong relocated the capital from Gongju to Buyeo. Buyeo became the heart of Baekje culture and was designated as UNESCO World Heritage Site in 2015.
To this day, Buyeo residents take pride in the fact that their town had been the capital of Baekje. But because most of their town sits on top of cultural relics, there are many restrictions to construction and development. The population in Buyeo today is even lower than during the Japanese colonial period. But it comes with the territory of being the descendants of the former royal capital. As the trend of tourism shifts from sightseeing to relaxing and healing, Buyeo must be trying to come up with new strategies. Facilities inside Baekje History Complex reflect that change. 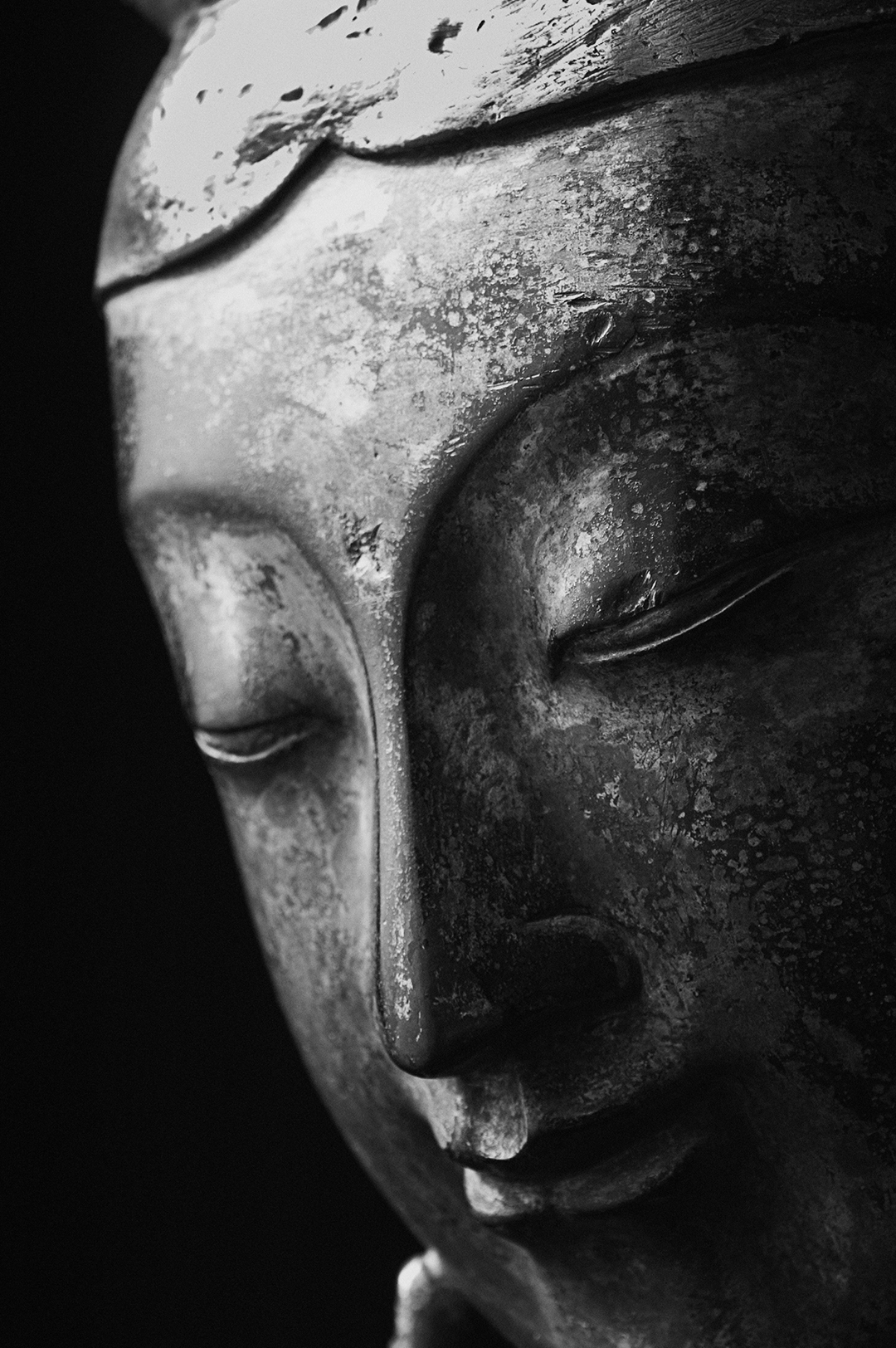 Baekje’s cultural achievements transcended time and they occupy a significant place in East Asian art history. Artworks from that era bring you warmth and elegant beauty. They are engaging without being excessive.
Birth of Great Relics
After becoming Baekje’s capital, Buyeo also emerged as the center of the ancient East Asian culture. Look no further than relics from that period. When 10 greatest relics preserved at all national museums across Korea were ranked, three Baekje-era pieces were selected: Gilt-bronze Maitreya in Meditation (national treasure No. 83), Gilt-bronze Incense Burner of Baekje, and Baekje Sangyeong Munjeon. Given that Baekje, after being one of three kingdoms on the ancient Korean Peninsula, was completely wiped out, these selections prove just how special Baekje’s culture was. And Gilt-bronze Maitreya in Meditation at Koryuji Temple and Avalokitesvara Bodhisattva of Baekje at Horyuji Temple, two of the most beautiful relics in Japan, were either built in Baekje or were influenced by Baekje’s culture. These are some of the finest pieces of work in ancient East Asia. How were such outstanding relics built in the first place?
The Period of the Northern and the Southern Dynasties in China, which coincided with Baekje, saw a large number of countries come and go over centuries of division. This was a period of tremendous chaos, with no sense of order. Ideologically, Buddhism joined Confucianism and Taoism to enrich the Chinese minds. There was poetry by Tao Yuanming in literature; Liu Xie’s ‘The Literary Mind and the Craving of Dragons’ in literary criticism; Xie He’s ‘Six Principles of Chinese Painting’ in art criticism; and Wang Xizhi in calligraphy. Landscape paintings were born, and applied music gave way to more pure music during this time. The basis of the Chinese art and culture was all formed around this time. The culture from this era set the golden standard for future dynasties, as the focus shifted from industry to art. Arts during the follow-up dynasties, such as Sui, Tang, Song, Yuan, Ming and Qing, were all considered reinterpretation of the Northern and Southern period.
Baekje kept a close tap on the civilization of the Northern and Southern period, and imported elements of the civilization as it was happening. Sui Dynasty unified the North and the South but it was shortlived. Tang Dynasty hadn’t yet established its own culture. At that time, Baekje took the culture of the Northern and Southern Dynasties and turned it into something of its own. And Baekje soon developed it to dizzying heights. Gilt-bronze Maitreya in Meditation (national treasure No. 83), Gilt-bronze Incense Burner of Baekje, Baekje Munyangjeon and Mireuksaji Stone Pagoda, plus other Baekje-influenced relics in Japan, were all made during this era. Baekje’s cultural achievements transcended time and they occupy a significant place in East Asian art history.
Baekje’s artworks bring you warmth and elegant beauty. They are engaging without being excessive. Compared to Goguryeo and Silla, Baekje put an emphasis on diplomacy and it was an open state. It was also an ethnically diverse kingdom. According to Chinese historical records, Baekje had a mix of people from Silla, Goguryeo and Japan, and even some Chinese. It shows you Baekje was quite open and cosmopolitan by the standards of its era. Such flexibility must have allowed Baekje to integrate other forms of ancient East Asian art and carried it to such great heights. Baekje isn’t merely a fossil from the past; it remains a source of inspiration today. That’s why we should head to Buyeo in our search of the beauty of Baekje.
PROFILE
Lee Neogg is an art historian. While working at the National Museum of Korea for 34 years, he served as the director of branches in Jinju, Cheongju, Buyeo, Daegu and Chuncheon. He was the head of the Collection Management Division and the Asian Division at the National Museum of Korea. For his contribution to the research of Korean art history and to national museums, Lee was the first Korean recipient of the Asia Art Fellowship from the Asia Foundation. He has written “How to Manage Cultural Heritage,” “Gongjae Yun Du-seo,” “Discovering Beauty of Baekje” and “Improving Discernment.” Lee also oversaw publication of “Floral Design Lattice Doors of Korean Temples,” “Baekje” and “Hands of Buddha.” 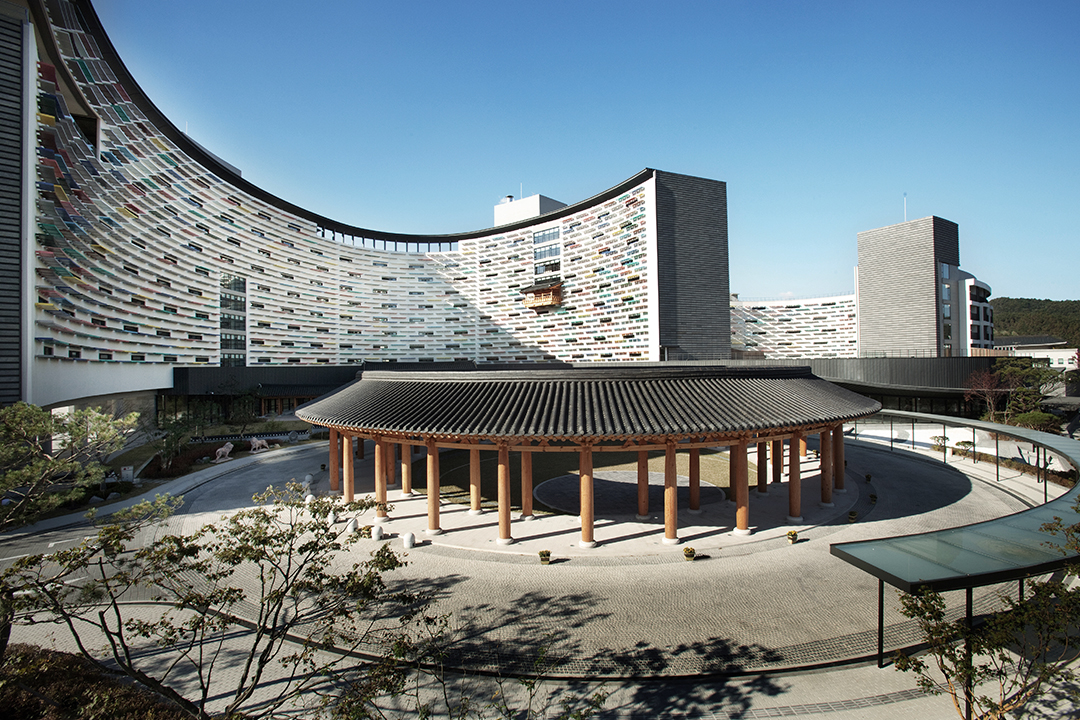 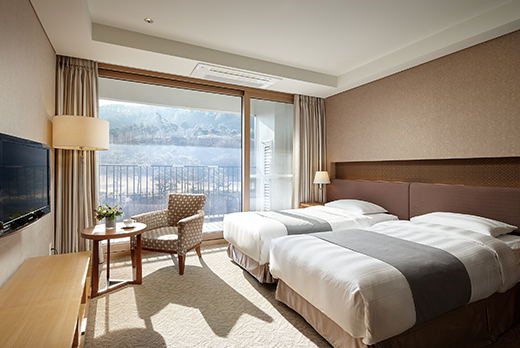 Where to Stay in Buyeo: LOTTE RESORT BUYEO
Standing 10 stories high with one underground floor, LOTTE RESORT BUYEO has 310 rooms. It's perhaps the tallest building you'll encounter in Buyeo. The horseshoe-shaped exterior features more than 300 colorful panels. They are colors that we easily find around us in Korea, making the building neat and uniquely beautiful. Whereas most buildings in Buyeo turn their lights off at the sunset, the Premium Outlet near the resort will stay open late into the night. Inside the resort, families enjoy late dinners at the restaurant Bondimaseul. You can see a whole new side of Buyeo at LOTTE RESORT BUYEO. When you find yourself amid the mix of the traditional and the modern, the silence and the noise, you'll once again feel your heart beating fast with the thrill of the journey. And you can sleep on those feelings.
Address 400 Baekjemun-ro, Gyuam-myeon, Buyeo-gun, South Chungcheong Province
Phone +82-41-939-1000
Website www.lottebuyeoresort.com