Young People’s Hangout, Local Bookstores in Hanoi
From long ago, young people who are trendsetters of a city would gather at a bookstore. Now the young Vietnamese in Hanoi are flocking to ‘Bookworm’ and ‘Nha Nam Books N’ Coffee.’
Shakespeare & Company of Paris, the Notting Hill Bookshop of London, Tsutaya of Tokyo, and Livraria Lello of Porto, Portugal: these are a few examples of local bookstores around the globe that are known for their unique colors. They are not just places selling books. Rather, they represent a flexible platform where public figures give lectures and rookie authors join book talks; a hangout of subculture groups sharing a common interest; and a common room where local people interact and communicate with each other. In a nutshell, they serve as a base where new trends and culture are formed. The Vietnamese city of Hanoi also has local bookstores that are on a similar mission. Let us introduce two small bookshops offering a refreshing oasis for those who crave knowledge or thirst for culture and art with unique book collections. 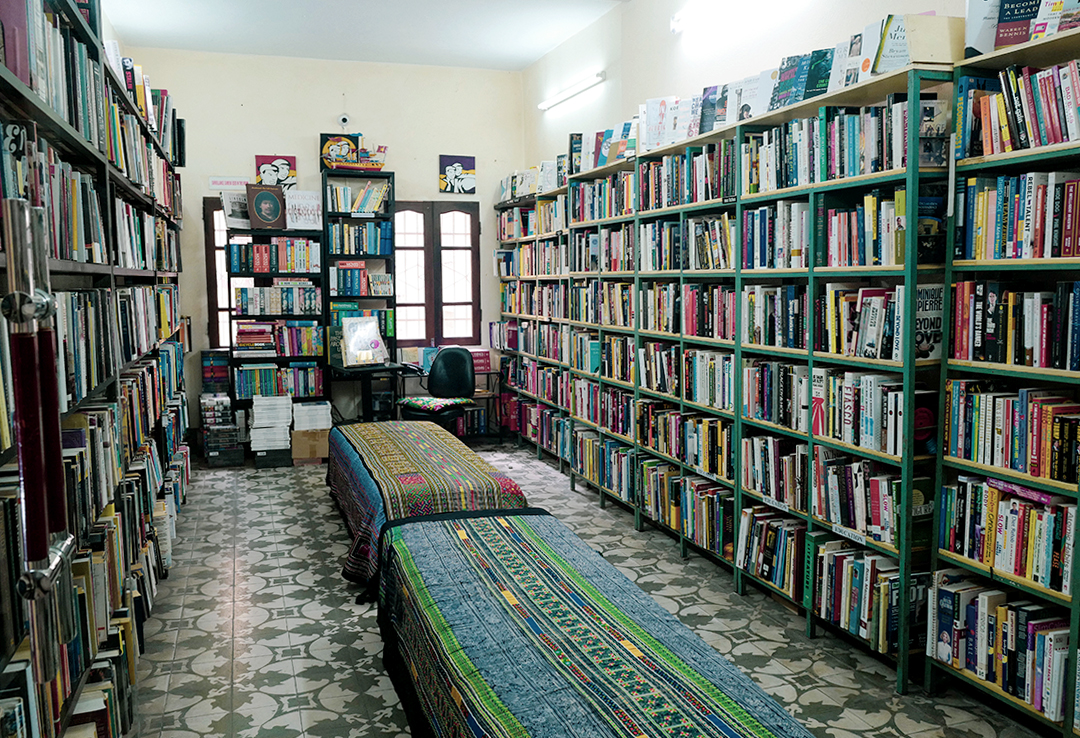 Inside Bookworms, filled up with tens of thousands of books © Jeon Haein

A Better World Made by ‘Bookworms’
There is a small lake named ‘Truc Bach’ in a corner of West Lake, the largest body of water in Hanoi which is known as the city of lakes. It’s in a quiet neighborhood where a tiny park with lush green trees of the tropics and cafes and pubs of 10-13㎡ size stand next to each other in a quaint atmosphere. Trendy shops are found in every other street corner, yet the most valuable one is without doubt ‘Bookworm.’
Bookworm is a local bookstore faithfully carrying out its mission of keeping the local community vibrant. It is also a ‘small-but-big’ bookstore specializing in English books. A vintage store sign is hung in the narrow alley which is not even 1m in width. The appearance of the store is so humble that unless you intentionally look for it, it would be unrecognizable. If you follow the narrow passage which could barely fit one person and enter the store building, you will be reminded of the fact that you are in Hanoi. There is a large courtyard at the end of the alley. The rectangular space, under the warm sunlight, seemingly resembles the layout of hanok, a traditional Korean house. Outdated narrow streets, faded yellow walls, Vietnamese traditional ornaments, and the magical space at the end of a long tunnel add something special to the sensitivity of Hanoi. 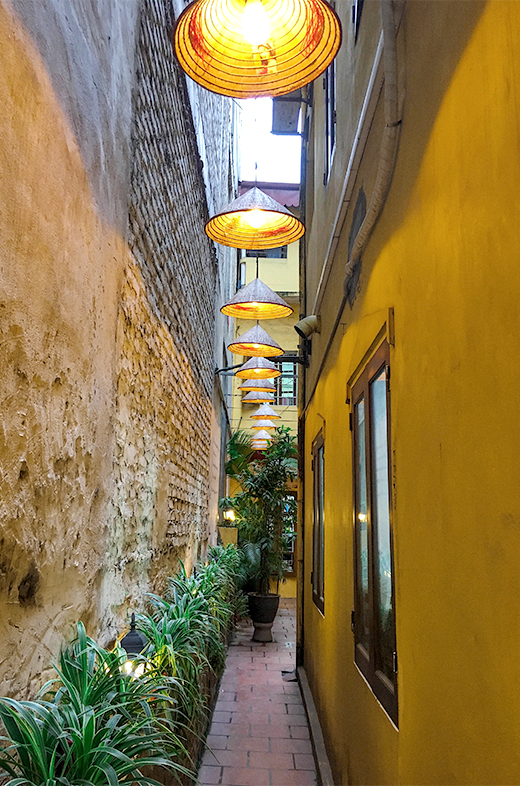 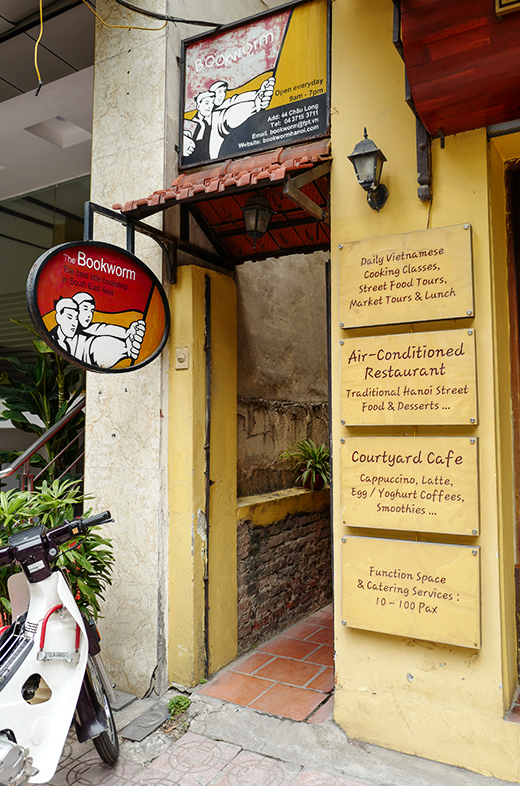 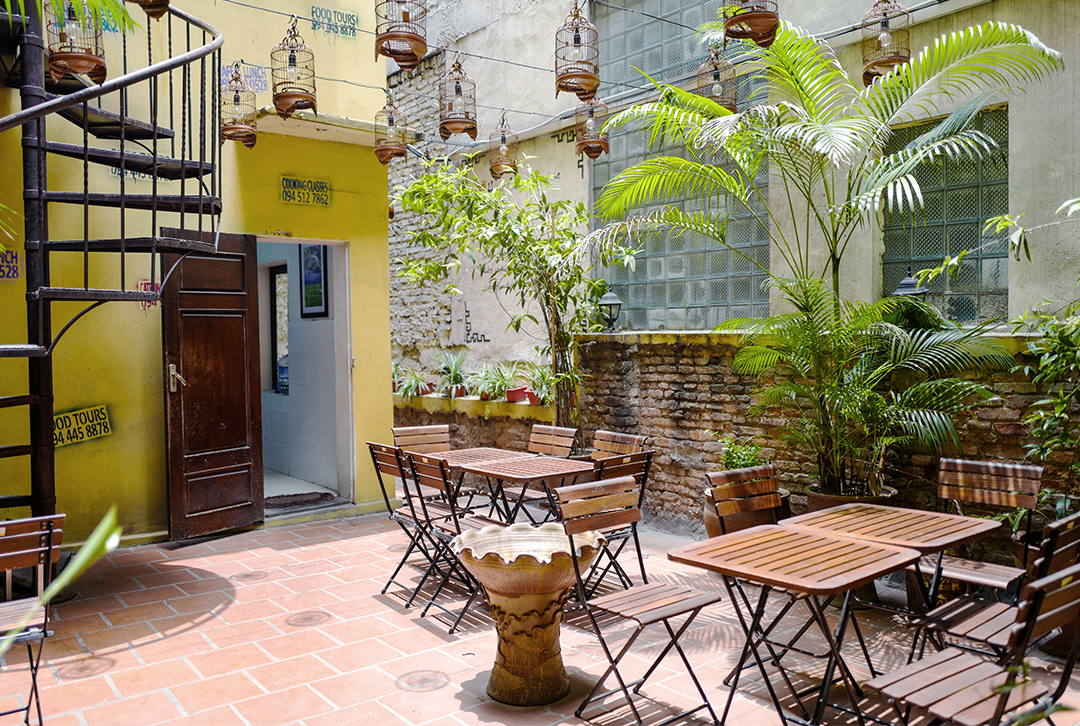 Bookworm’s two levels are filled with tens of thousands of books from floor to ceiling. Surrounded by the walls covered completely by books, you may feel like you’re being buried under books, or like you’re swimming in the ocean of books. The library-style space has a particularly quiet atmosphere as if each page making up the books were absorbing the noise from the outside. One of the merits of Bookworm is the fact that it cherishes its natural space without relying on artificial decorations for a stylish interior. The ageing space with well-thumbed books and dusty traditional ornaments create a sensation that you are standing in the study of your friend, feeling comfortable and relaxed. 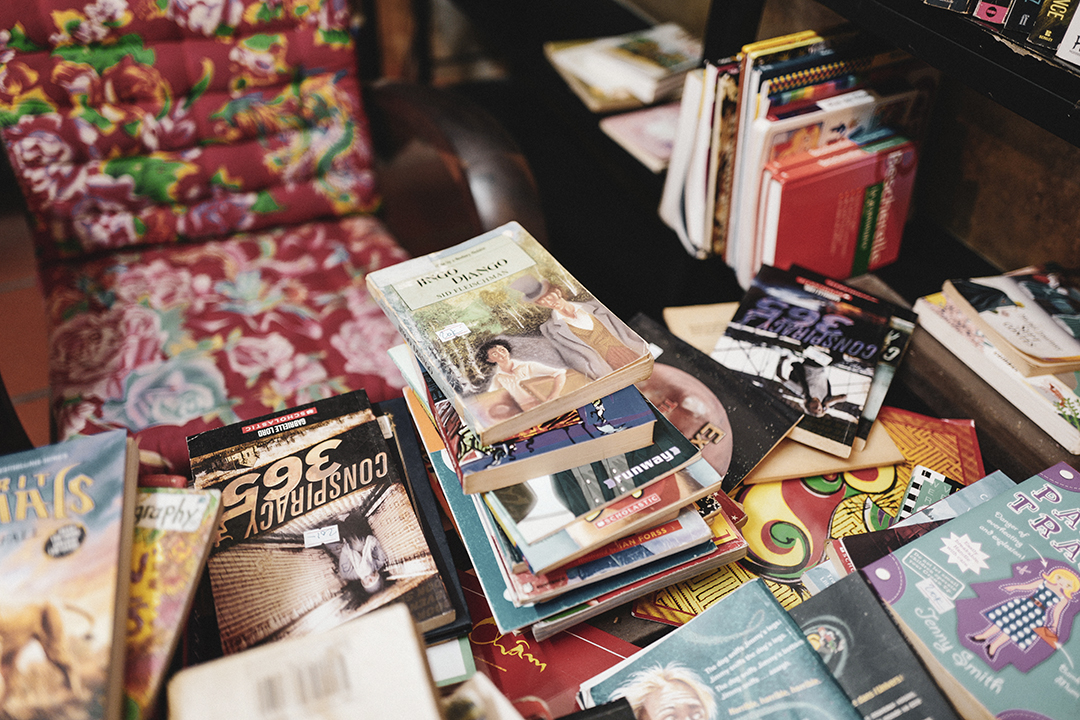 Books are placed on tables naturally, as if you’ve just walked into someone’s study. © Jeon Haein

It was in 2001 that Bookworm first opened its business as the first exclusively English-language bookstore in Hanoi. Australian national and writer Pam Scott founded the place in order to help expats trade English books. In 2006 Vietnamese national Hoang Van Truong purchased the store. Twenty years have passed since its opening, and Bookworm is still greatly loved by local people, expats, and tourists who are looking for English books in Hanoi.
Bookworm deals with all genres and categories including literature, politics, economy, art and culture. Its inventory has new books as well as used books. Sometimes it accepts book donations from foreigners leaving the city. In the upper-level ‘Vietnamese Room,’ the bookstore features a space dedicated to Vietnamese history and culture, literature, and lifestyle, as well as photo books and cookbooks. 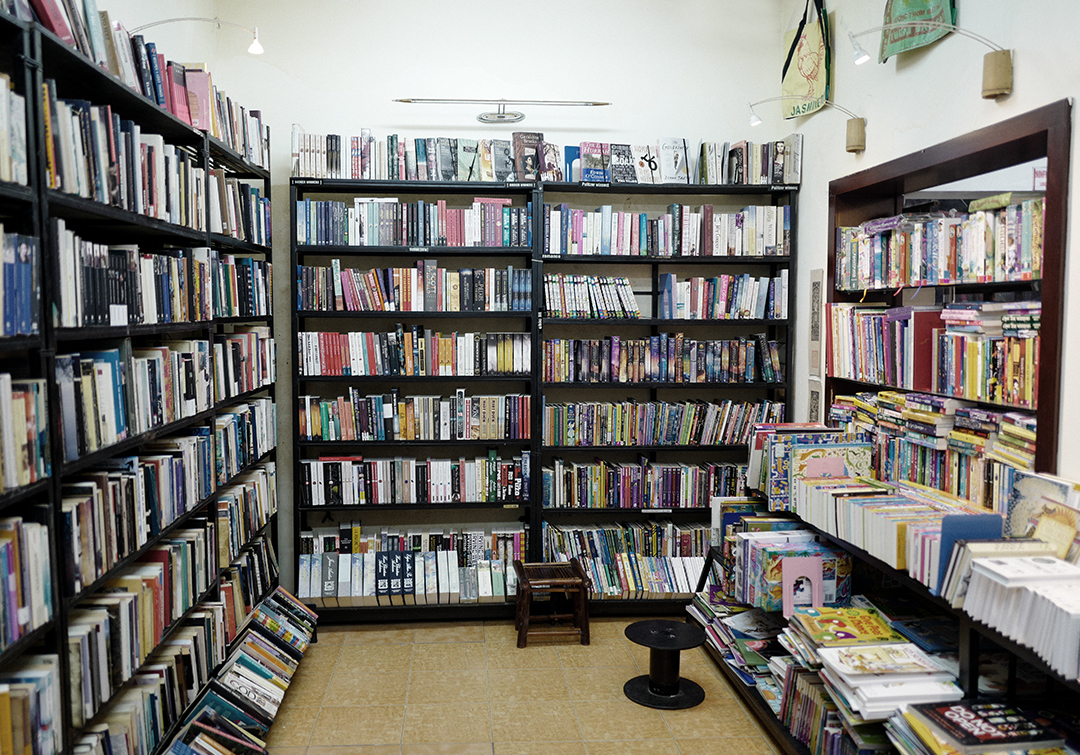 No matter which way you turn inside the store, books are stacked from floor to ceiling. © Jeon Haein 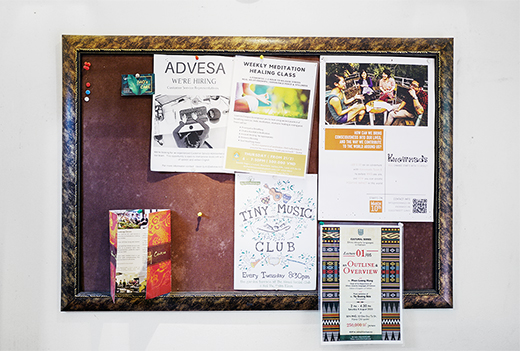 A message board delivering news from communities © Jeon Haein 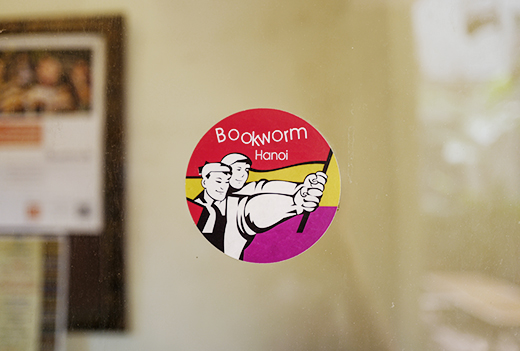 The current owner, Hoang Van Truong, has a business goal of turning his bookstore into a forum of cultural exchange. He wants to help promote the communication between authors and readers and provide Vietnamese young people a momentum through which the Vietnamese culture can merge with the Western culture. To realize its catchphrase ‘The Best Little Book Cafe in Southeast Asia,’ the owner has been working diligently for over 15 years. On top of that, the bookstore is keen on fulfilling its social obligation as an ethical company. It sponsors charity organizations in need of financial assistance and offers scholarships to underprivileged college students. 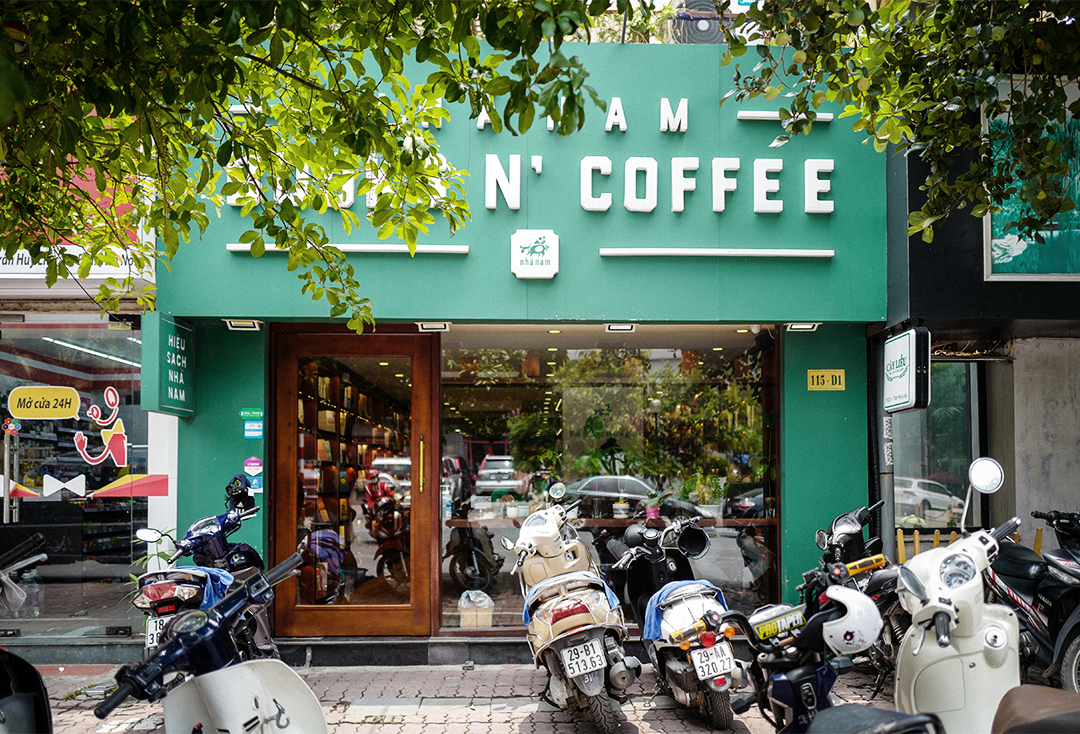 Limitless Potential of Vietnamese Local Publishing Business, Nha Nam Books N’ Coffee
Small but sturdy local bookstores provide a close look into the publishing industry trends. Likewise, to experience true Vietnamese literature, you need to look inside local bookshops. Near Giang Vo Lake in Ba Dinh District, central Hanoi, is a great place offering a glimpse into local scenes. It’s ‘Nha Nam Books N’ Coffee,’ which reigns supreme in Vietnamese publishing and book distribution sectors. The book cafe has full support from the Vietnamese people, which dismisses the fact that it is not that famous among foreigners and tourists as inconsequential.
Clean-cut lines of the bookshop’s exterior, modern and sophisticated interior design, neatly-displayed books all meet the criteria of an ideal small-scale bookshop in a modern city. The cafe inside the bookshop and well-arranged tables entice young readers who prefer openness in the bookshop layout. Nha Nam Books N’ Coffee is always crowded with young people in search of intellectual stimulation. Its customers are those who want to share a book culture with others instead of simply buying books for themselves. They read their purchase over a cup of coffee, discuss it with their friends, study or take care of their business at this hip book cafe. To Hanoi’s young population, Nha Nam Books N’ Coffee means a bookshop, cafe, library, and a shared office. 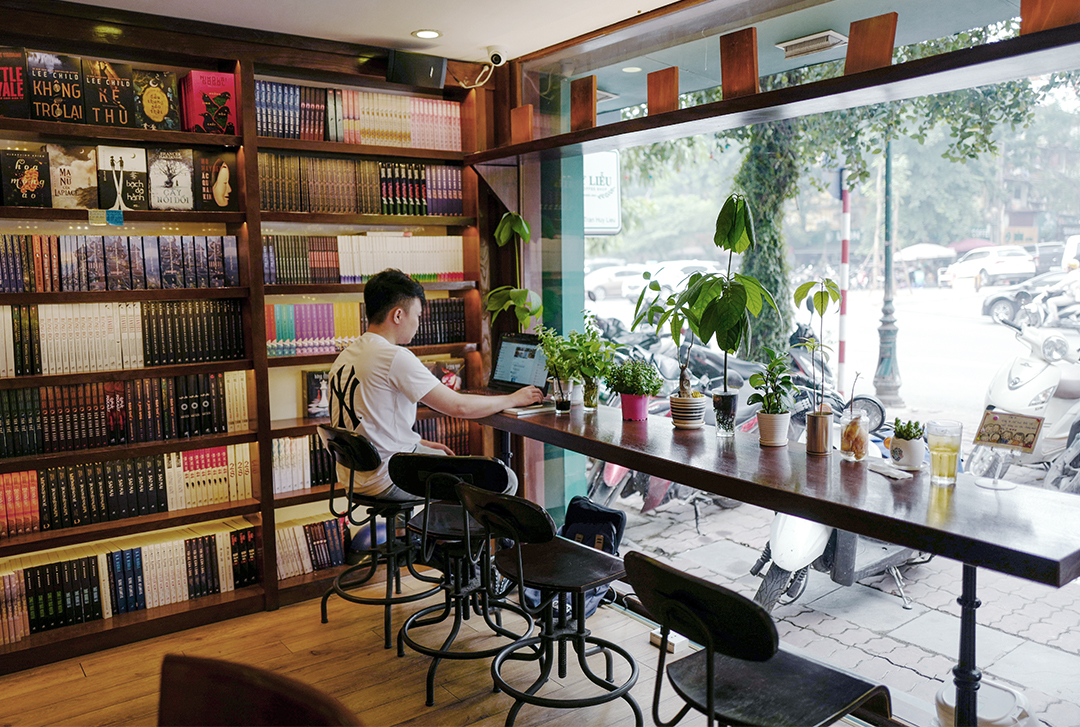 A young man working at the bookstore © Jeon Haein 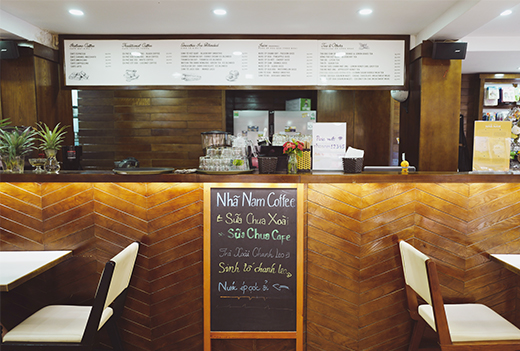 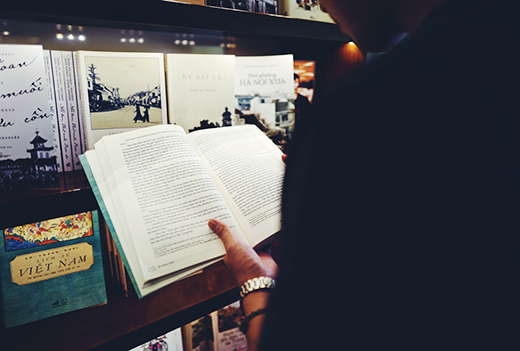 Nha Nam is actually not an ordinary book cafe. It’s a book company participating in both publishing and distribution. Originally a culture and communications company, Nha Nam first stepped foot in the book market in 2005. Its first publication entitled “Balzac and the Little Chinese Seamstress” was a big hit, and the company became known to the public. Its subsequent publication of “Dang Thuy Tram’s Diary” recorded the sale of over half a million copies, setting a new milestone in Vietnamese publishing industry. It has opened a new horizon for Vietnamese literature. Since then, the company introduced world literature, including the works by Milan Kundera, Orhan Pamuk, Harper Lee, and Haruki Murakami, to Vietnam through the publication of translated books. Having expanded its business to include non-fiction books, Nha Nam currently has a readership in the millions. 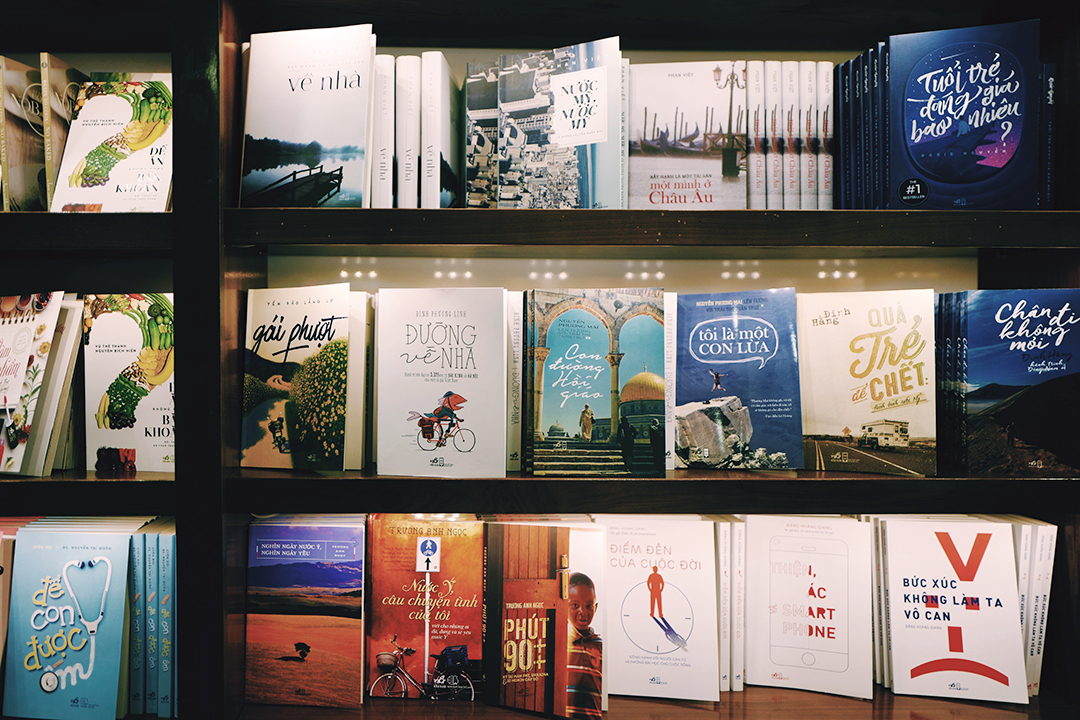 By supplying Vietnamese readers with quality publications over a period of 15 years, Nha Nam has grown into a top-tier publishing and distribution company. With a total of 17 bookshops across Vietnam, the company is moving forward believing in the books’ potential, despite the continuing recession in the global book market. Nha Nam’s vision is to deliver the true value of reading to everyone by creating a ‘legacy of books’ that will affect many generations of readers and publishing books in a secure and sustainable manner for years to come.
A notable achievement by Nha Nam Books can also be found in its beautiful, modern book designs which made a big impact on Vietnam’s book industry. Along with local books, Nha Nam has reprinted the translation of world literature. Its reinterpretation of existing works and fresh book designs have been highly rated by readers. 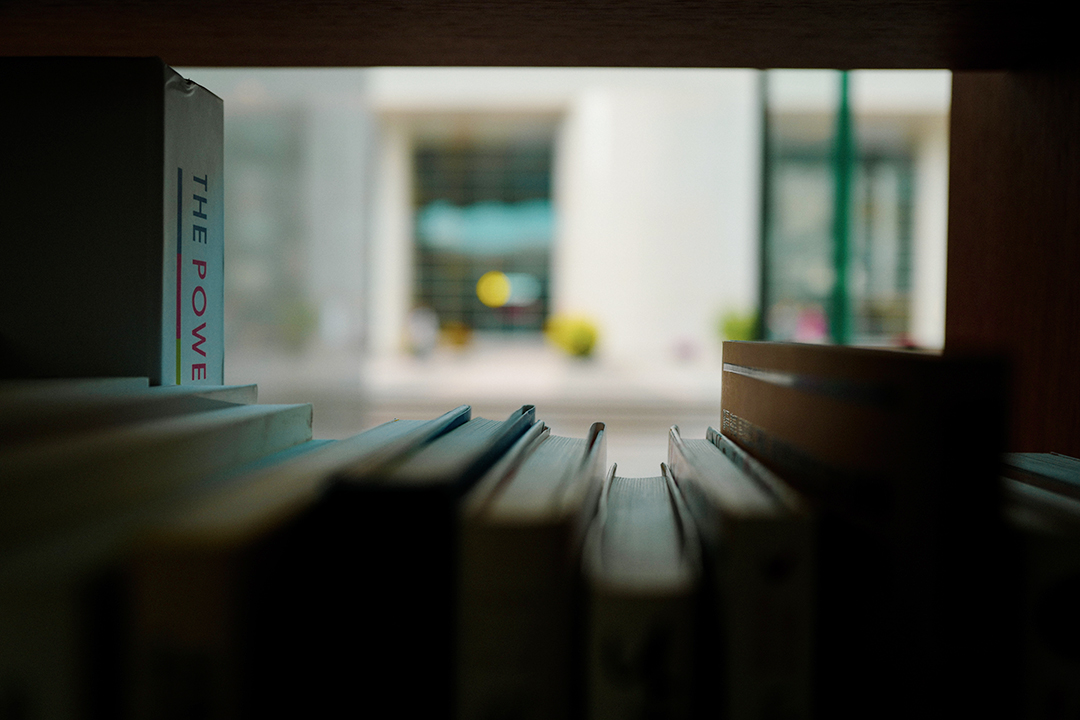 Visiting a bookstore doesn’t have to involve buying a specific book. You can better enjoy the bookstore if you follow your heart and pick a random book at a random location. Opening an unfamiliar book is just as thrilling as going on a blind date. Every book contains one whole universe inside. The world inside that random book you pick at the bookstore will expand your horizon in an unexpected way.
Nha Nam Books Top 6 Best-Sellers
Covers of the best-selling books published by Nha Nam Books offer an insight into today’s book design trends in Vietnam. 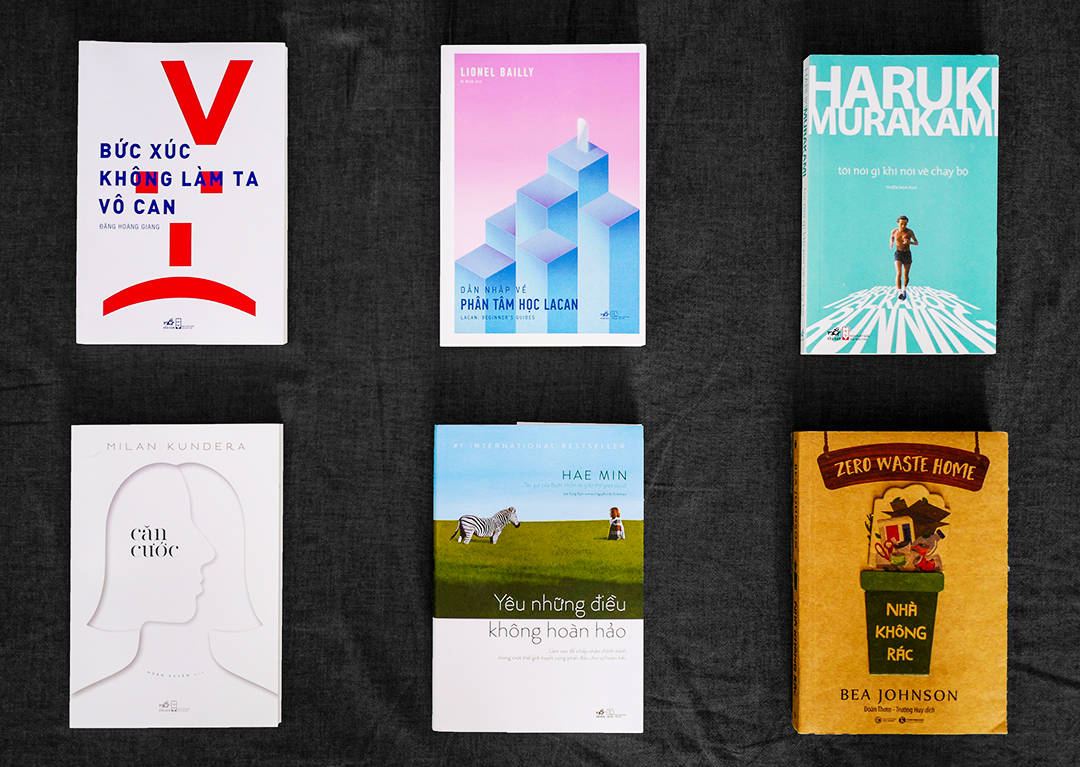 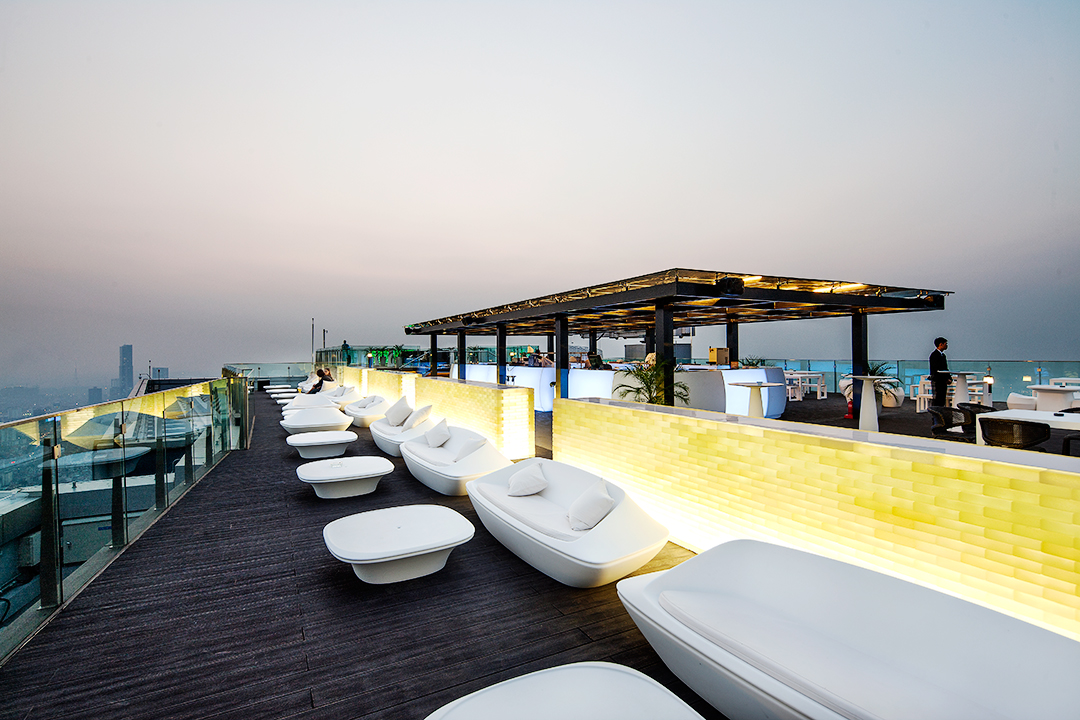 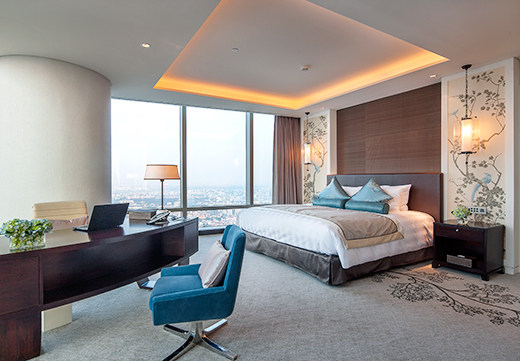 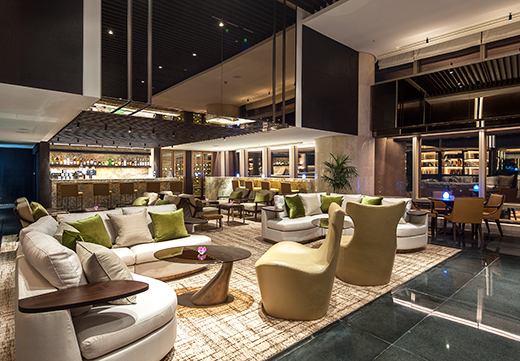