[Insider Guide] St. Petersburg, City of Art for Ballerino Kim Ki-min
Kim Ki-min is a principal dancer with the Mariinsky Ballet and the winner of the Benois de la Danse prize. But he’s perhaps better described as the dancer beloved by the audience on the third floor of the theater. This means Kim is the favorite of the most influential people of Russia. Kim is our guide to St. Petersburg.
Favorite Café?
'Coffee 22.' It’s a modern café located a short walk down from the Kazan Cathedral, along the Griboedov Canal. It’s not a classic-looking café that’s typical of St. Petersburg, which makes this a unique place. It’s popular among the locals, and it hosts some live music performances from time to time.
Coffee 22 Kazanskaya St. 22, St., Petersburg 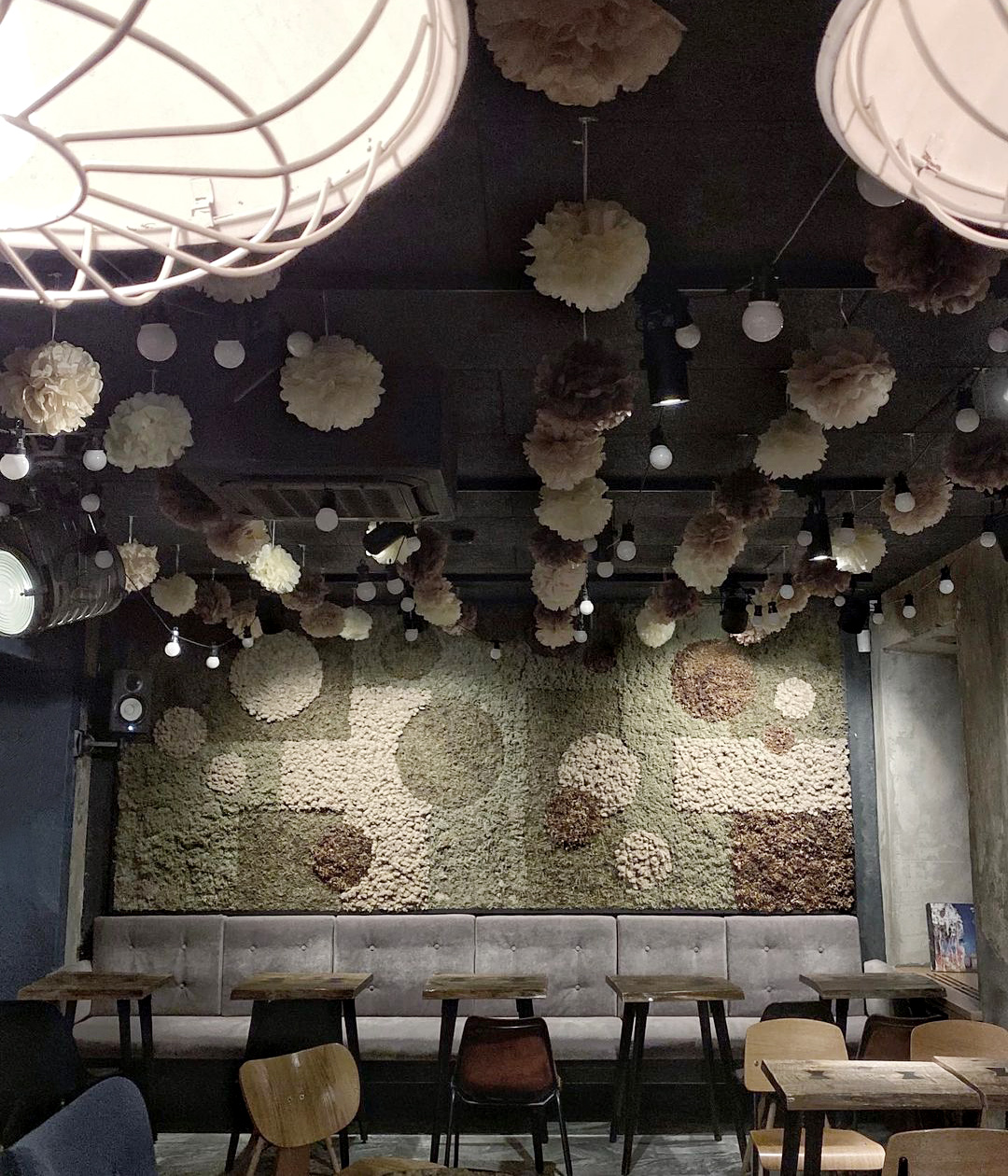 Favorite Restaurant to Take Visitors to?
I often take people to ‘Café Gosti.’ It’s perhaps the prettiest restaurant in St. Petersburg. They serve Russian-style food and desserts. My favorite is the beets soup called borscht, though it’s not for everyone.
Café Gosti Malaya Morskaya St., 13, St. Petersburg 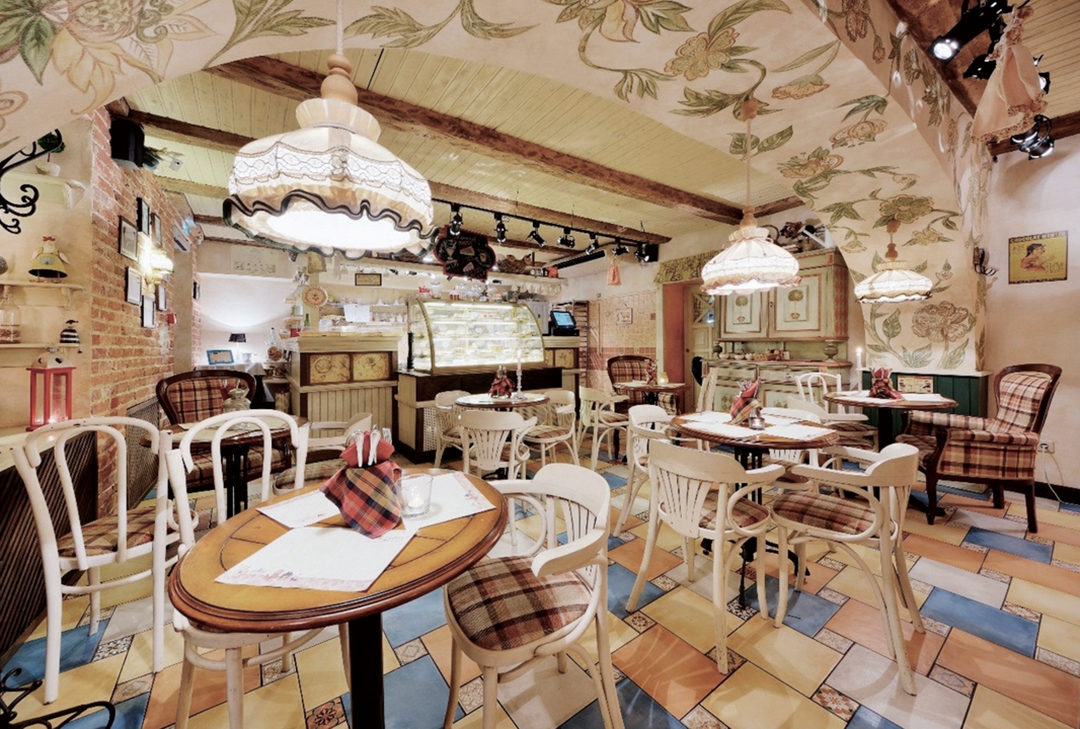 Special Delicacy of St. Petersburg?
I’d recommend the Georgian restaurant called 'Khochu Kharcho'. The Georgian cuisine is hugely popular in St. Petersburg. Khochu means ‘want’ and Kharcho is the name of a Georgian-style soup.
Khochu Kharcho Sadovaya St., 39/41, St. Petersburg
Special View of St. Petersburg?
I think people should walk along the Neva River. Once, I did just that with my brother (Kim Ki-wan, a principal with the Korean National Ballet), and he told me it was the most beautiful view he saw during his two weeks in St. Petersburg. Along the river, you’ll see buildings of all similar heights and plenty of classic lighting. It makes you realize just how gorgeous this city is. 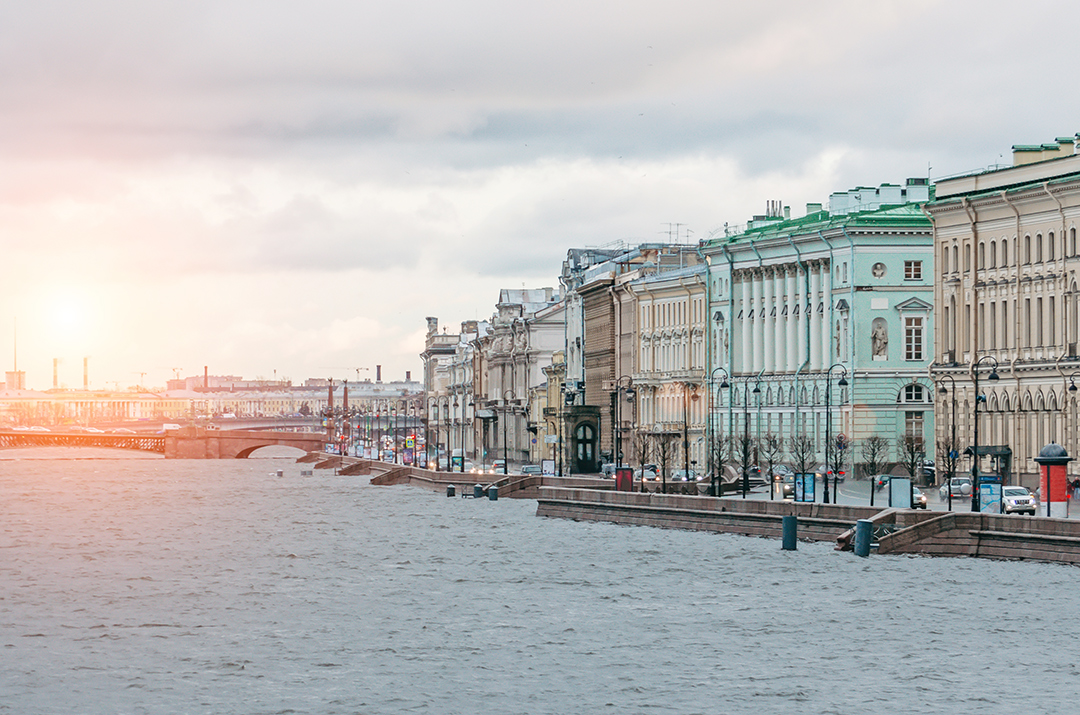 The beautiful St. Petersburg seen from the path along the Neva River © shutterstock

Favorite Walking Course?
I usually walk along the Neva River or head out to the New Holland Island near my place. It’s a small-island-turned-park. It’s a great place for walking and has some nice restaurants and other cultural facilities, which help the park to attract a lot of young people.
New Holland Island Admiralteysky Canal Embankment, 2, New Holland Island, St. Petersburg 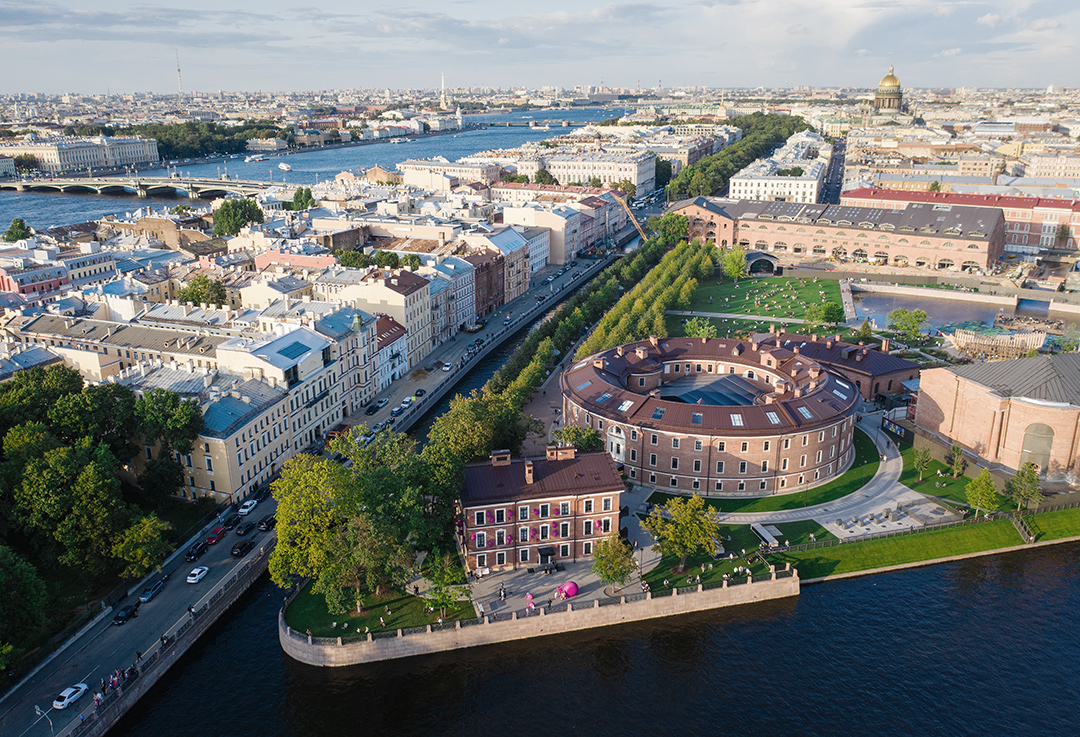 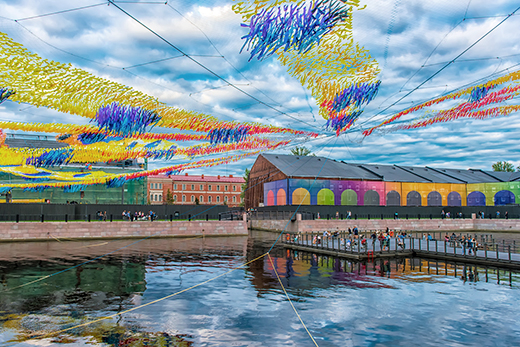 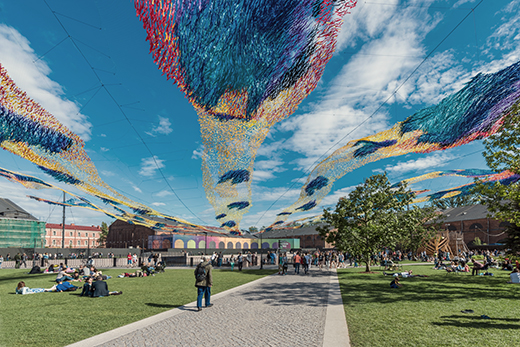 Souvenirs from St. Petersburg?
I think women tend to prefer Imperial Porcelain. I’d recommend brandy for men. ‘Ararat,’ produced in the Armenian city of the same name, is really famous and tastes great, too. Georgian wines are also popular. 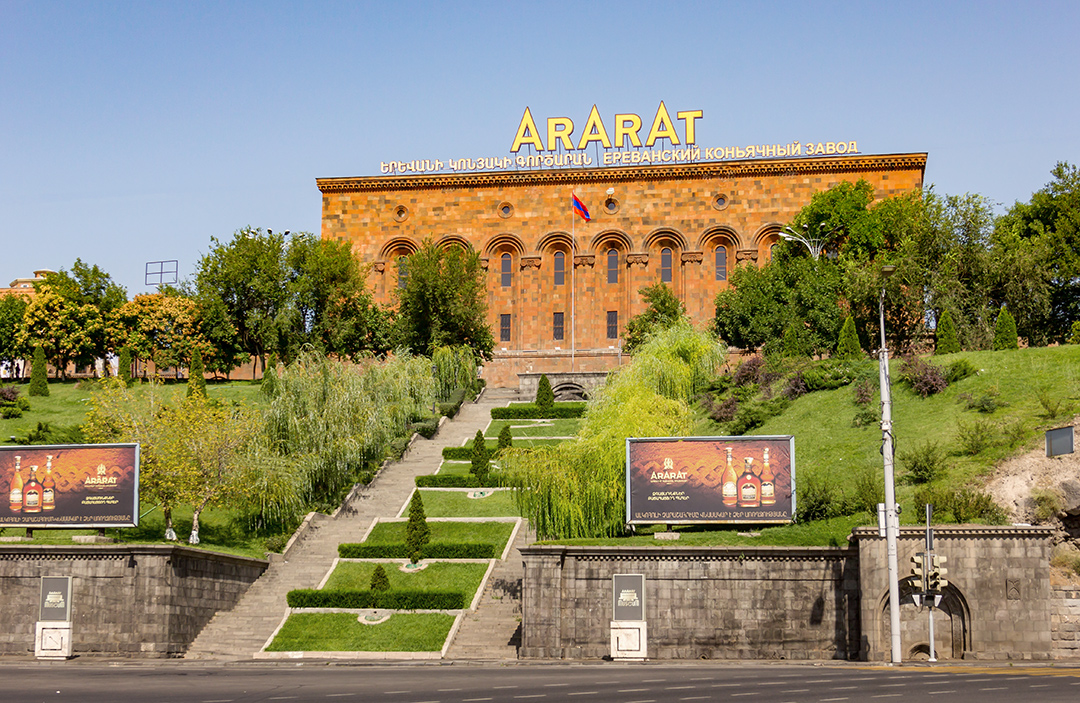 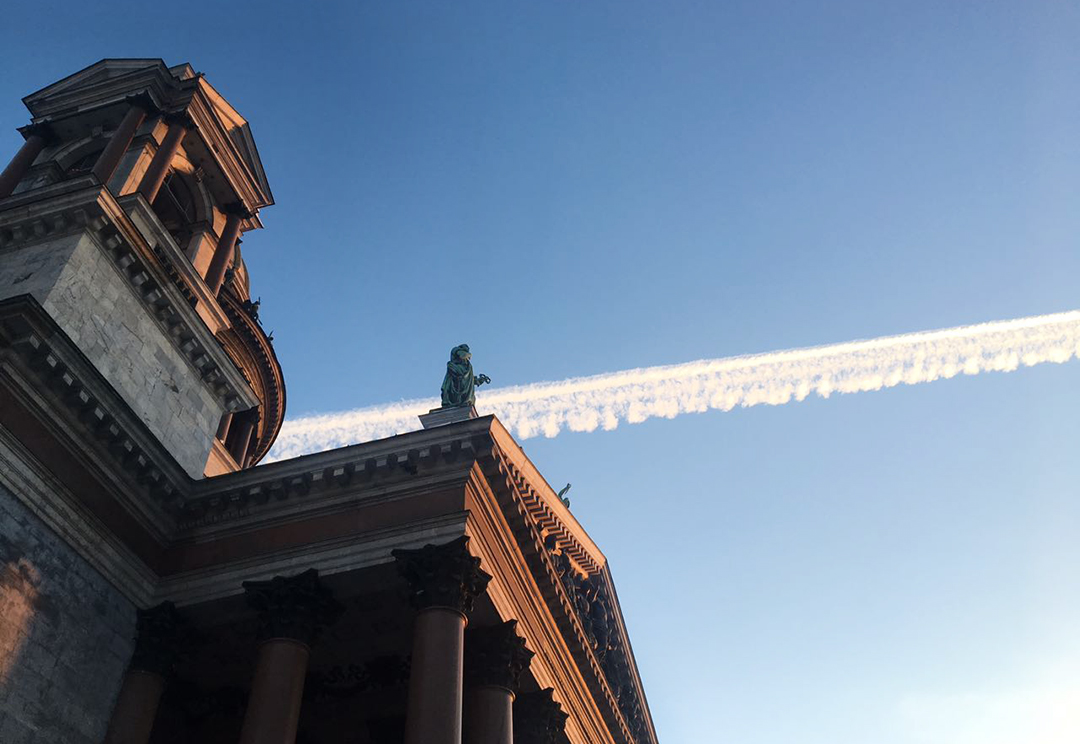 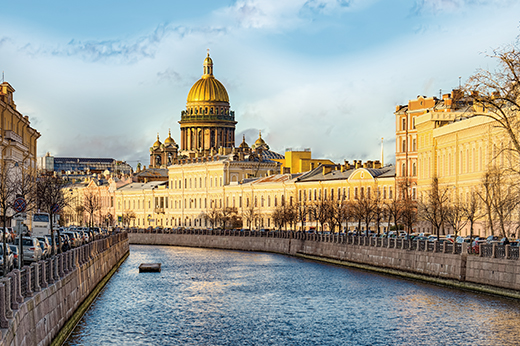 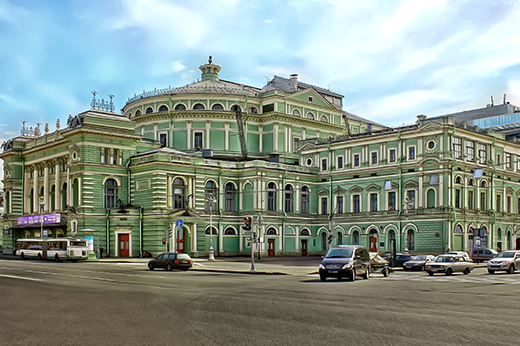 “They call St. Petersburg the city of art, not just because of the artistic feelings in the air, be it ballet, architecture and art, but also because of how people appreciate art. The way people embrace art is artistic in and of itself.”
Ballerino Kim Ki-min

About Insider: Ballerino Kim Ki-min, Living Amongst All Forms of Art
Kim Ki-min is the first Asian male dancer for the Mariinsky Ballet and also the first Asian principal for the prestigious Russian ballet company. Kim is also the first Korean to win the Benois de la Danse prize (2016) and the only principal for the Mariinsky in his 20s. This is some seriously heady stuff, but Kim himself doesn’t seem all that interested in these accolades. For Kim, it’s more important to keep getting better with a clear sense of purpose.
People say Kim’s grand jetes (a jump that sees a dancer stretch out both legs in the air) are so spectacular that it seems as though he’s suspended mid-air. Though we’re only able to see Kim’s brilliant moves on the screen, we thought Kim will soon earn some moniker linking him to his signature grand jetes, much as Michael Jordan came to be called ‘Air Jordan.’
Though it may feel as though the world has come to a stop during the COVID-19 pandemic, Kim has continued to enthrall dance aficionados with his performances in , and . Though we spoke early in the morning, Kim sounded all bright and polite on the phone from St. Petersburg. 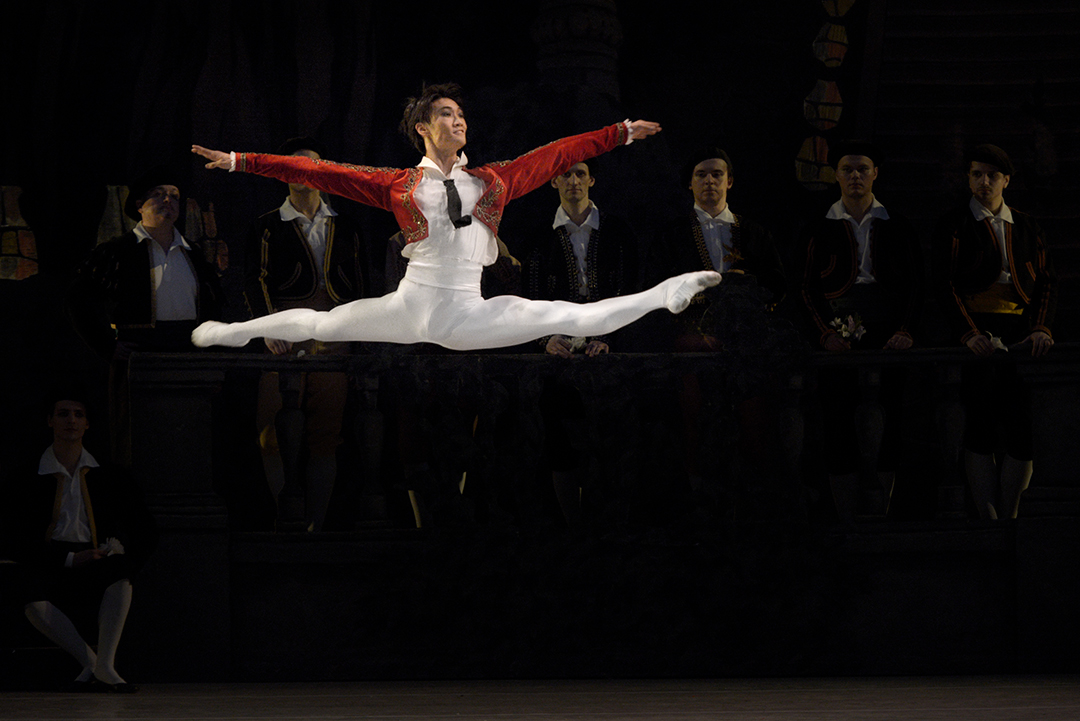 Q. Your commute must be so beautiful.
A. The Dostoevsky novel is my favorite. I read it here, and I fell in love with St. Petersburg even more afterward. The St. Petersburg that I know and feel is quite similar with the city as depicted in the book. I experience that whenever I walk to and from the theater.

Q. How difficult was it to go through the COVID-19 hiatus?
A. Now, I am doing regular performances with , , and . But for about four months, I had to stay home because of the virus. Before the pandemic, I would perform for months on end without any time off and constantly travel from places to places. My body would break down and I would have to spend about a month at home just to recover. During the lockdown, I felt I still needed to stay upbeat and create some positive energy. So I reached out to friends and family and spent time talking on the phone. I also got on some video calls with my choreographers and colleagues to train and try to stay sharp.

Q. What is a day in the life of a principal dancer of the great Mariinsky Ballet and the winner of the Benois de la Danse prize?
A. Since becoming a principal, I’ve had to perform with a lot of foreign ballet companies. I’ve done a few with the American Ballet Theatre (ABT), and I’ve also performed with the Opera de Paris and the Royal Ballet in London. A huge downer for me during the pandemic was that the ABT’s 40th anniversary celebration of , by the legendary Natalia Makarova, was canceled. I was invited to perform there. 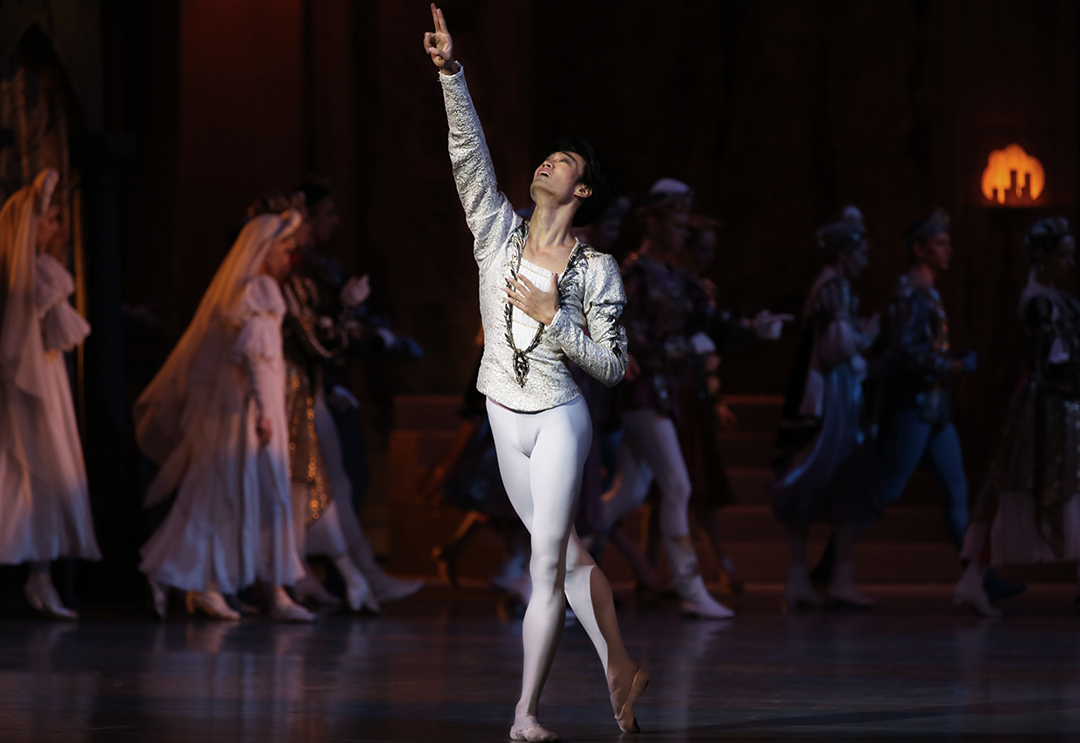 Q. What has been the most thrilling moment of your ballet career?
A. Even at a young age, I had this abstract idea that, ‘If I ever become a great dancer, then famous ballet companies will reach out and ask me to perform for them.’ And since two or three years after I joined the Mariinsky Ballet, I’ve been living out that dream. I am really grateful for that. I feel that I am being recognized for all the work I’ve put in, and that I am living a happy existence. I have so much to feel thankful for.

Q. You must have had some slumps, too.
A. I didn’t think I would ever have those. But about a year after becoming a principal, I felt like I’d lost my sense of purpose. It was frightening for a while. But I am the type of person who can’t stay still, so I kept going out of my way to find things to do. I received a ton of help from others, and I was able to overcome those hurdles quickly.

Q. People say you were born a ballet dancer. Can you talk about your natural gift and also the work you’ve had to put in?
A. I think you need talent, effort and good mentors. I was lucky enough to have met a great teacher who brought out the best in me. Professionally speaking, I don’t have an ideal body type for a ballerino. Some dancers just have the perfect build, in terms of the shapes of their legs or their bone structures. I am not one of them. But as important as physical gifts are to ballet, you also need to have a feel for music. You have to be expressive and have to be able to execute jumps and other techniques. I try to perform to my strengths and hide my weaknesses. 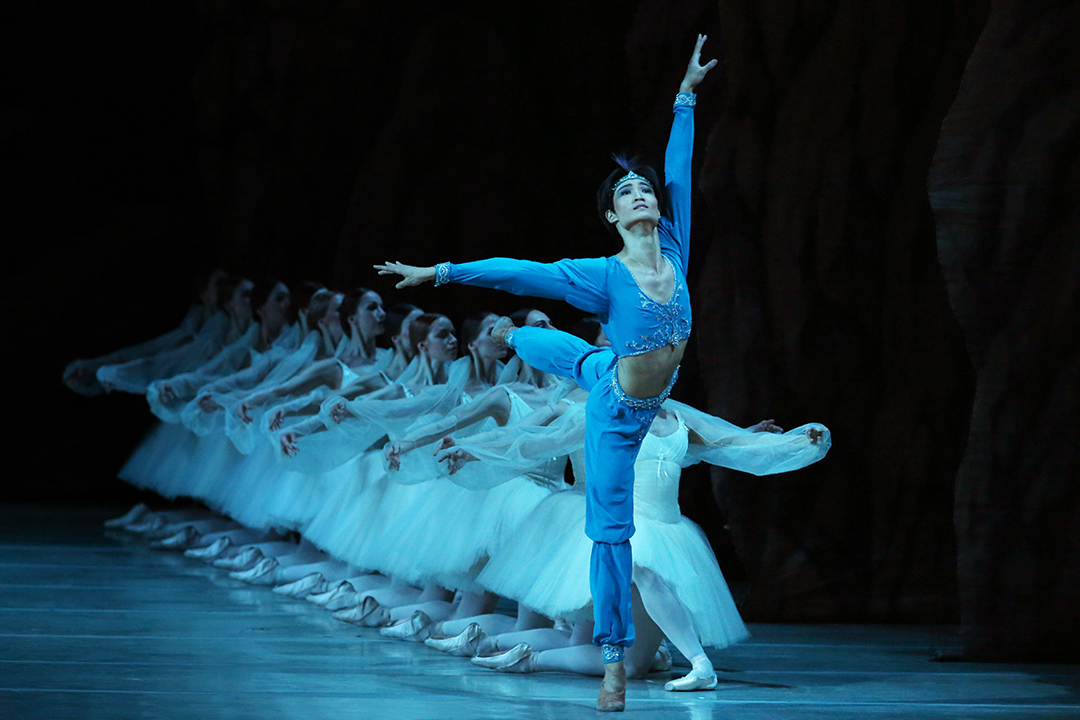 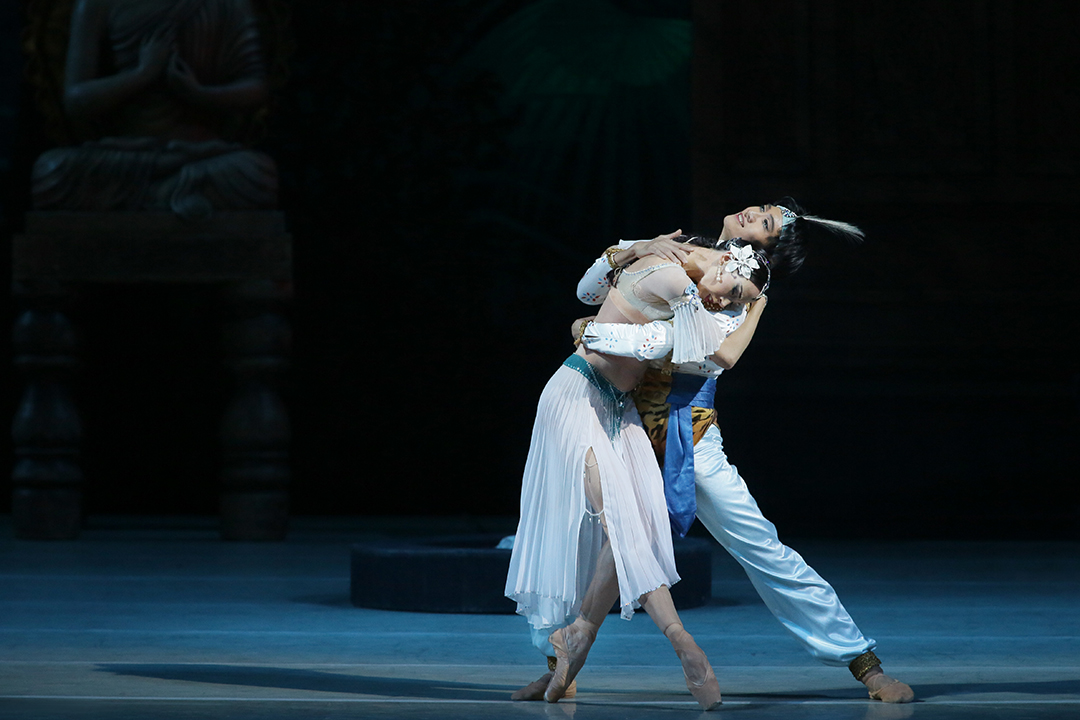 Q. Is there anything that you’d like to be better at?
A. Right now, I can think of by Roland Petit. Mikhail Baryshnikov performs it in the opening scene of the film . I love this ballet so much that I constantly study it and try to come up with ways to better convey a wide range of emotions. I’ve been performing it lately.

Q. You have accomplished a lot of “firsts.” You’re the first Asian dancer to join the Mariinsky Ballet, the first Asian principal and the first Korean man to win the Benois de la Danse prize.
A. I don’t put too much stock into being firsts. I think maintaining consistency and having a good finish are more important. I am thinking about how well I can wrap up my career and influence younger dancers in a positive way.

Q. What can you tell us about the audience in Russia?
A. They're incredibly sophisticated. We get phone calls from people complaining about costumes. There’s a Russian expression for the third level at theaters, and it’s usually occupied by the elderly because tickets are cheaper. But they’re really knowledgeable. When you think about it, these are the people who grew up watching Baryshnikov perform. Fortunately, I’ve been called the ‘third-floor’ dancer. Grandmothers took a liking to me from the start. 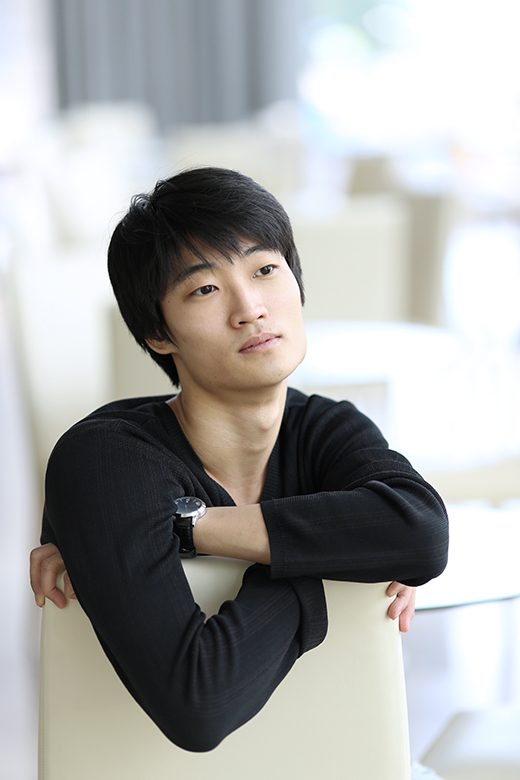 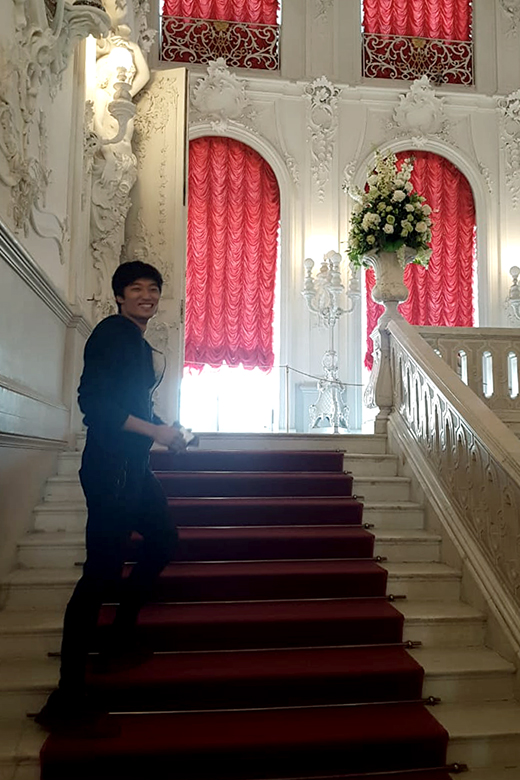 Inside the Catherine Palace © Kim Ki-min

Q. What are your plans for the future?
A. I have two. One, I hope I keep having something to strive for. I am no longer interested in how well I do. I’d be happy just to have new goals all the time. Secondly, I’d like my people to be healthy and happy. 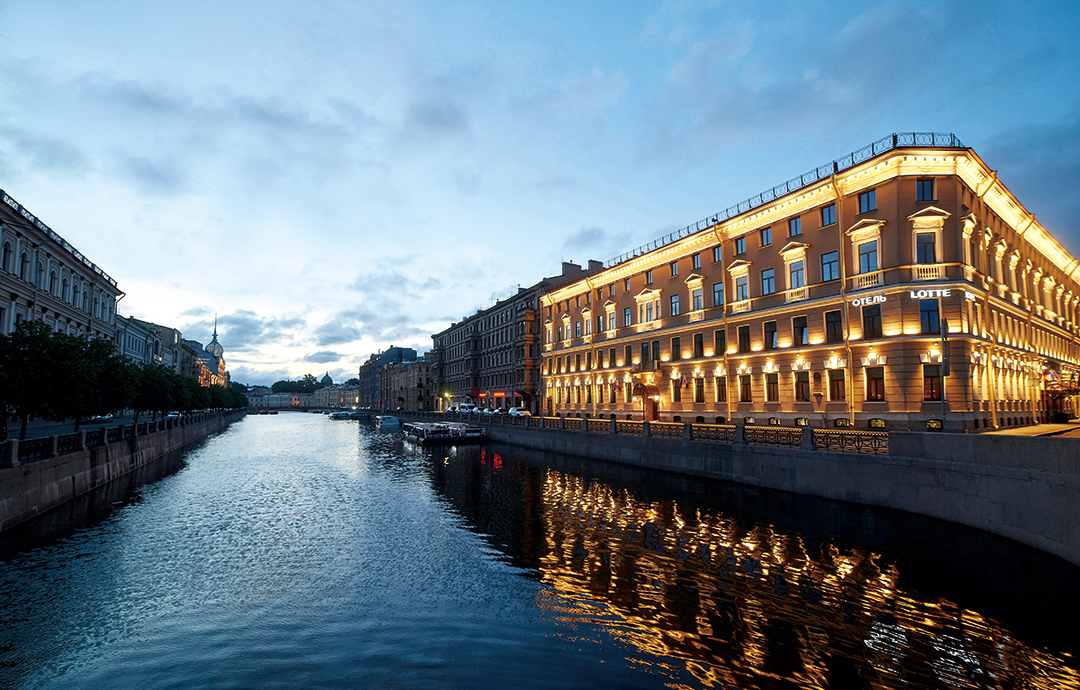 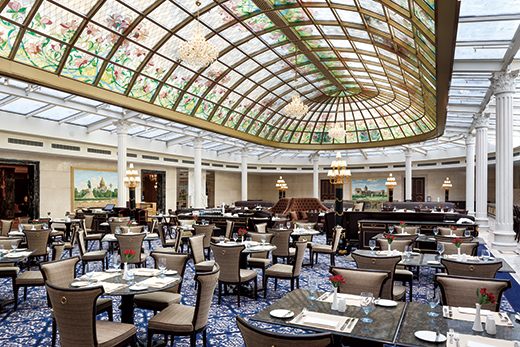 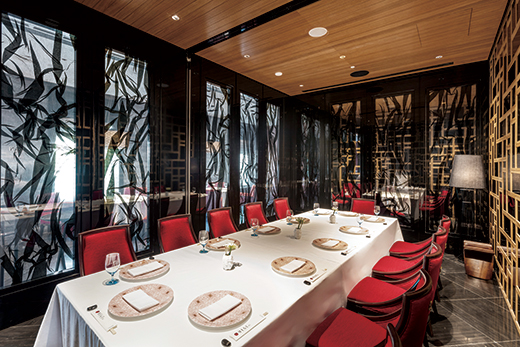 Where to stay in St. Petersburg: LOTTE HOTEL ST. PETERSBURG
LOTTE HOTEL ST. PETERSBURG is located right across the St. Isaac’s Square, which is the most famous place in St. Petersburg. The hotel, which was built in 1851, has a long history and is still being used as it was remodeled. Near the hotel, there’s the Nevsky Avenue, State Hermitage Museum and Mariinsky Theatre. From the basement to the sixth floor, it has 10 different types of rooms and has a total of 150 rooms. Along with that, inside the hotel, it has various restaurants and facilities.