Kizhi Island, and Legend of Master Nestor
Those who've been to Kizhi Island say you'll never appreciate why the place is known for the world's most beautiful wooden structures and nature until you see them with your own eyes.
About 10,000 years ago, huge glaciers started melting following the end of the ice age. They started flowing into the northern part of the Eurasia. Rivers and lakes were formed along the paths of the glaciers in what are now Finland and northwestern Russia. Among them, Lake Ladoga and Lake Onega became the two largest lakes in Europe. 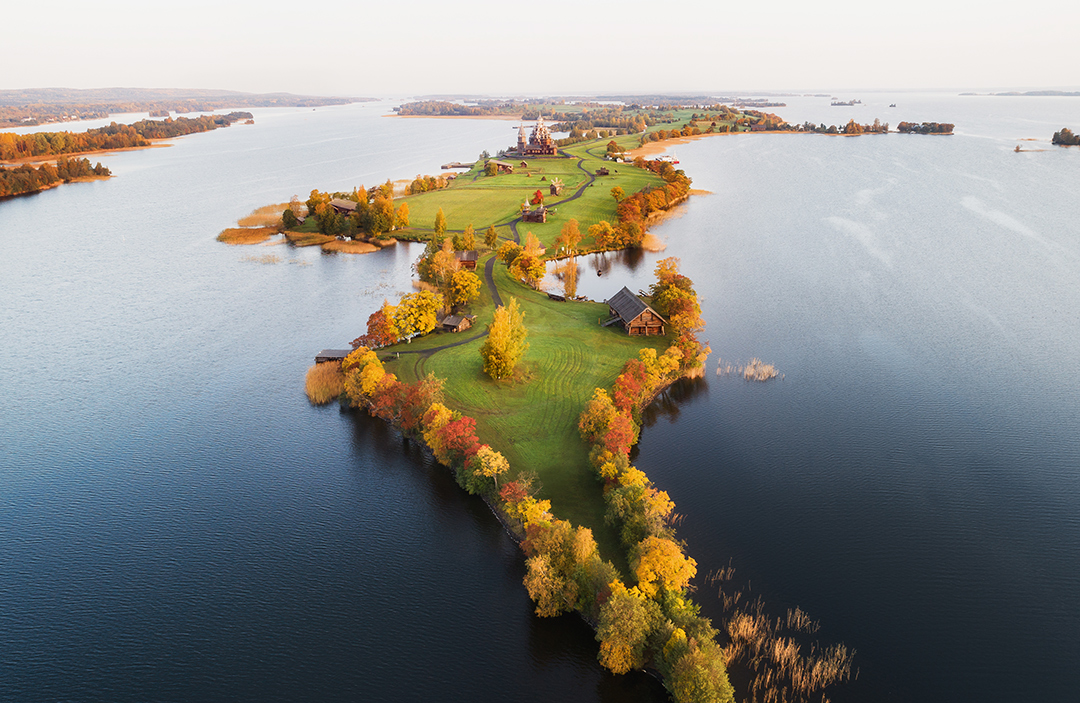 Victors Own Island
As time passed, people started settling in on swamps and islands around lakes. Sweden was formed in that area in the 13th century. Novgorod Republic began to expand and reached over to Karelia, near Lake Ladoga and Lake Onega. Battles were inevitable. After long wars, Sweden and Novgorod Republic reached the Treaty of Noteborg to establish their border. And the Karelia region would become Russia's.
Power struggles in Nordic Europe continued, and each time, the fate of Karelia changed. During Ivan III's regime, Novgorod Republic merged with the Grand Duchy of Moscow. In the early 18th century, Russia emerged victorious in the Great Northern War, fought against Sweden over the control of the Baltic.
Karelia and its surrounding regions had gorgeous natural environment but remained otherwise barren. It was the Orthodox farmers and fishermen who cultivated the areas. Russians had believed in Perun, the god of thunder. But in 988, during the regime of Vladimir the Great of Kiev, they accepted the Orthodoxy from the Eastern Roman Empire. Shrines to Perun were taken down in favor of Cathedrals. Russians chopped off pine trees and oak trees, which were all around them, to build houses. Russian villages have a long history of log houses. And churches invariably stood in the heart of villages. If princes or influential aristocrats provided support, stone churches would be built, but most of them were wooden. 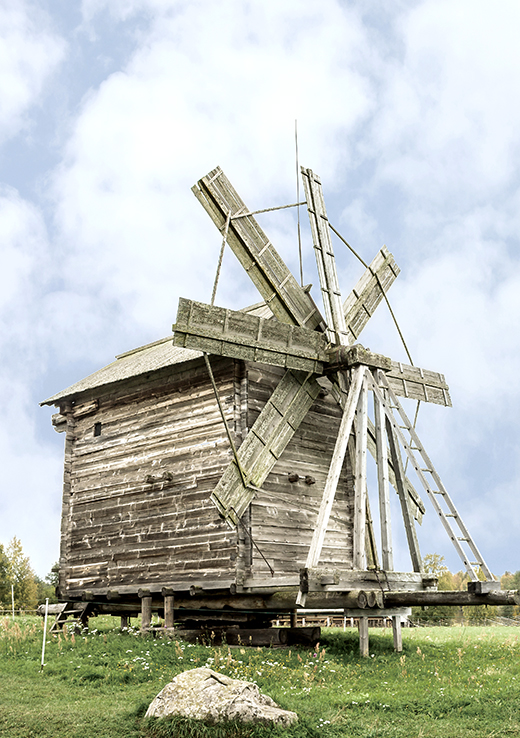 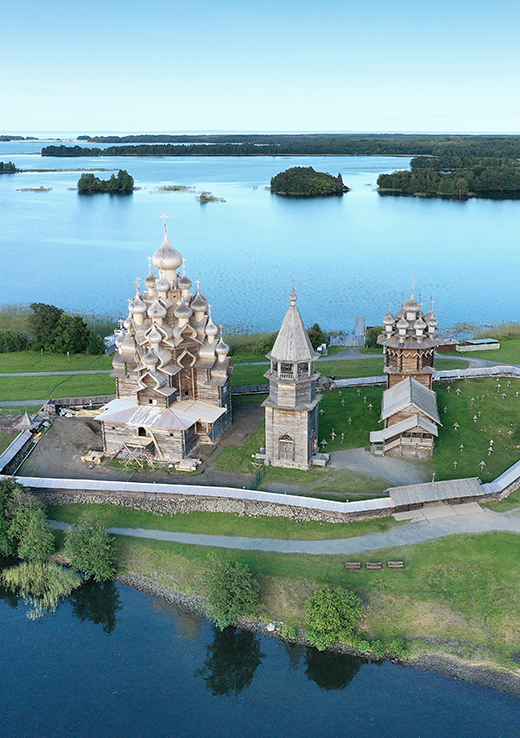 Kizhi Island, Admired by Russian People
A typical Russian village features an endless prairie, a thick forest, a lake and a stream, with a church standing somewhere. Churches became a place where nature and human would converge to meet their god. Russians who worshipped spirits of the Middle Ages have long admired Kizhi Island. So why has that been the case?
At 9,700㎢, Lake Onega is the second largest lake in Europe, behind only Lake Ladoga. Kizhi Island is one of about 1,650 islands on Lake Onega, and has a landmass of 5㎢. It’s 6km long and 1km wide.
The point where crystal clear water of Lake Onega and bright blue sky meet creates an illusion of hundreds of islands floating on the surface. 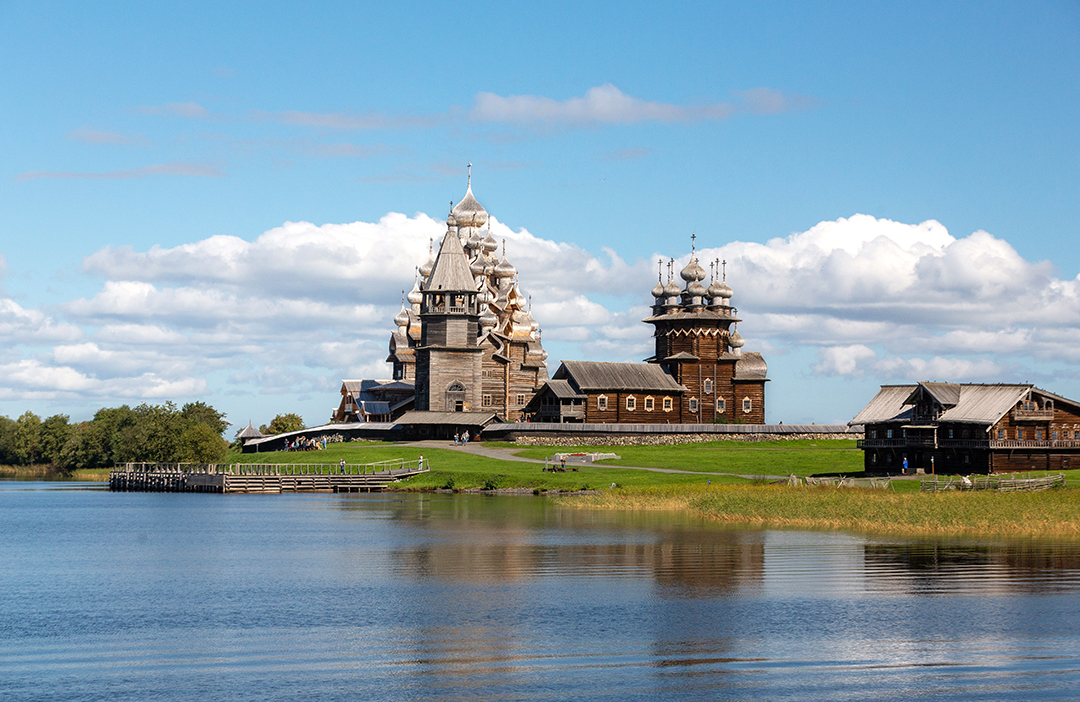 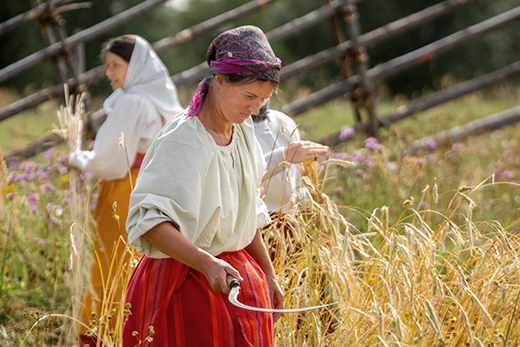 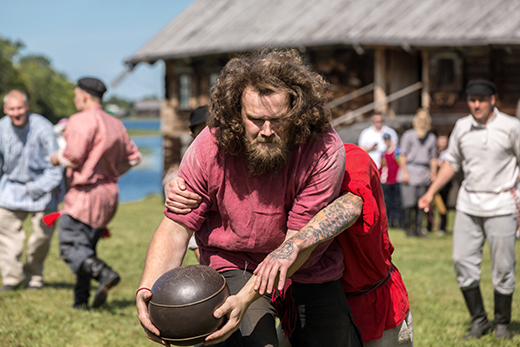 On Kizhi Island, you can try your hands at folk games and other traditional activities.

Kizhi Island is a speedboat ride from Petrozavodsk, capital of the Republic of Karelia. You'll be greeted by the green prairies surrounding the lake, towering wooden churches and log cabins. Churches in particular capture the essence of wodden architecture of the Middle Ages. The delicate craftsmanship by masters and the buildings' immaculate harmony with their natural surroundings will take your breath away.
And once you set foot on the island, you’ll be so overwhelmed by the sacred and tranquil ambience of the area that it’ll seem like you’re in another world. The historical site on the island is divided into nine districts, including Russian Zaonezhya, Vasilyevo and Pudozhsky. Wooden buildings constructed in the 18th or 19th century stand there. Some were built on the island, but others were relocated from other places so that an outdoor museum of wooden buildings could open. Those buildings were churches, homes, blacksmith workshops, barns, mills and saunas. 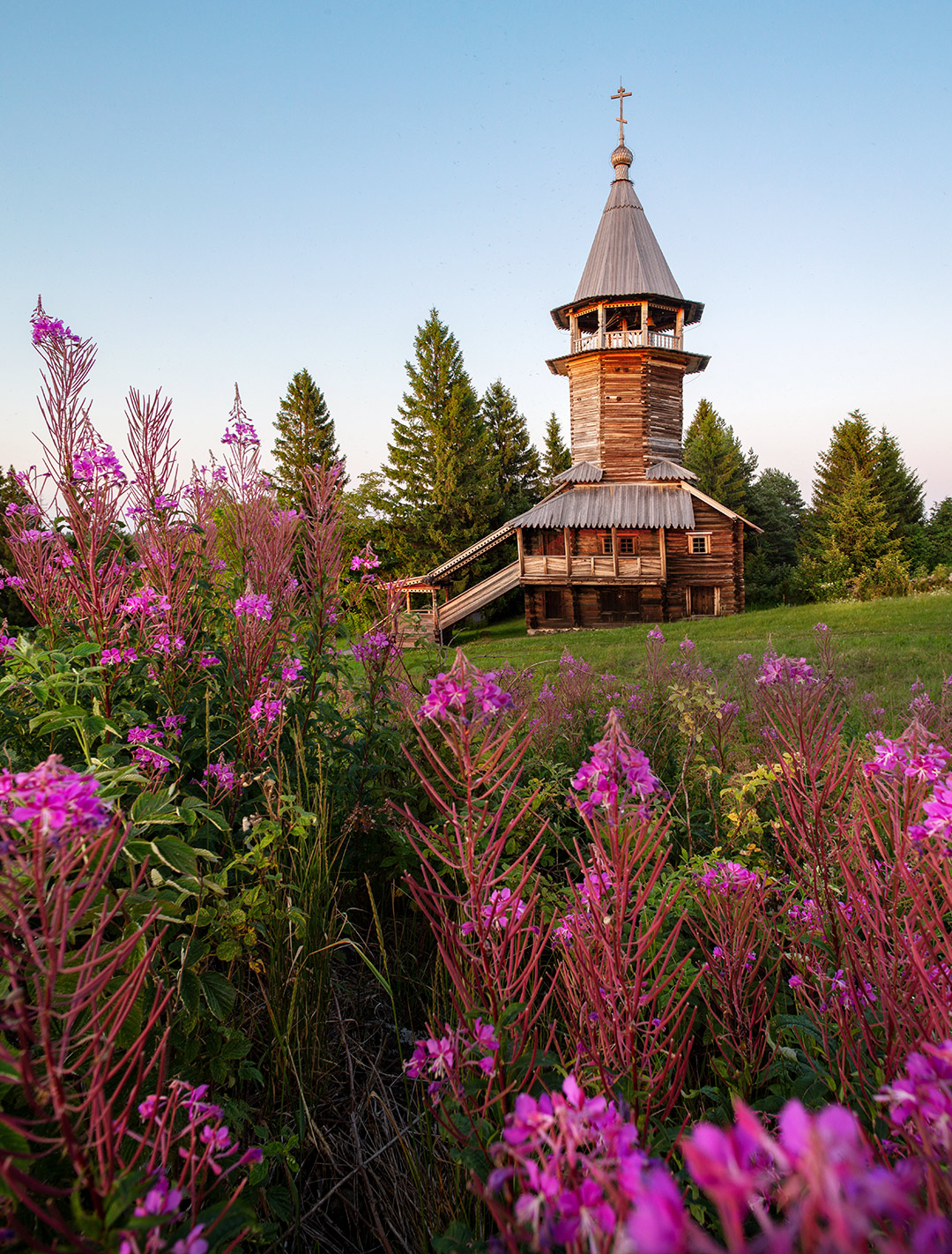 Kizhi Pogost, Highlight of Kizhi Island
Buildings in Russian Zaonezhya are easily the highlights on the island. Kizhi Pogost, a UNESCO World Heritage Site, stands out. Meaning ‘enclosure on Kizhi,’ Kizhi Pogost is home to the Church of the Transfiguration and the Church of the Intercession, plus a bell tower and a fence. Wielding axes and little else, nameless master craftsmen erected such brilliant buildings that have left indelible marks in world architecture history. Kizhi Pogost became the second Russian entry to the list of UNESCO World Heritage Sites, following St. Petersburg and Related Groups of Monuments in 1990.
The belfry built by the carpenter named Sergey Osipov stands inside a wooden enclosure, flanked by the two churches. The Church of the Intercession is the winter church, and to the Church of the Transfiguration holds summer services. Villagers and pilgrims worshipped at the former during winters and the latter during summers. The winter church was heated and the summer church kept worshippers cool.
The bell tower stands 30 meters tall and has the traditional, cubic and octagonal shape. The large octagonal roof is at the top, supported by nine pillars. Topping the roof is the dome the shape of a small onion.
The Church of the Intercession was built in 1764. Whereas most Russian wooden buildings have gable roofs, the church is topped with eight domes the shape of crowns. They surround the central, onion-shaped dome standing 27 meters tall. 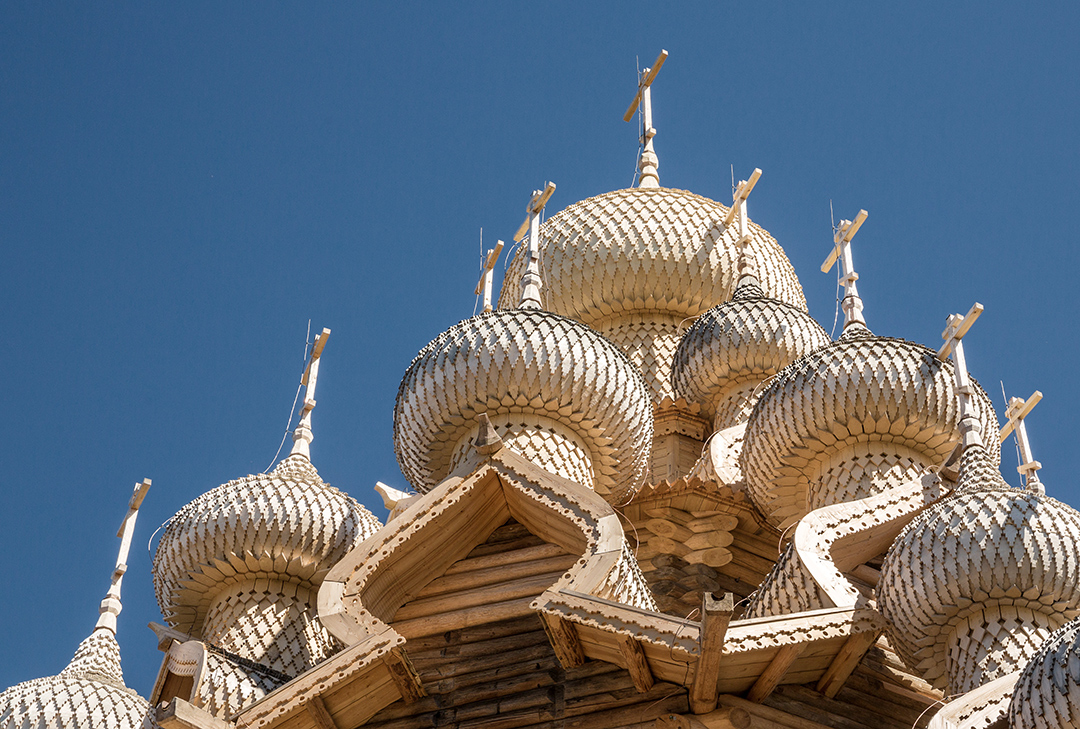 The Church of the Transfiguration, a Kizhi Pogost landmark

Story behind the Church of the Transfiguration
The Church of the Transfiguration is really something to behold. According to records, this church was apparently built after 1713 or 1714. Gable roofs are placed on top of crosses. The central cupola is 37 meters tall, and the façade of the church is a marvelous work of a multi-story, multi-cupola and single-block structure. The 22 onion-shaped domes of varying sizes are arranged in three levels.
Whoever built the church was clever. Keep looking at these domes, and you’ll get the feeling that the church will soar into the sky like a rocket. There are eight vertical lines of domes arranged in three levels. In some, they go in the order of their sizes, and in others, the order is reversed. These dynamic lines create optical illusions. And the church looks exactly the same from all angles. 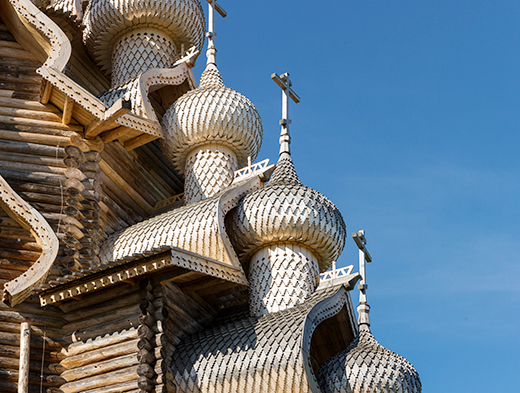 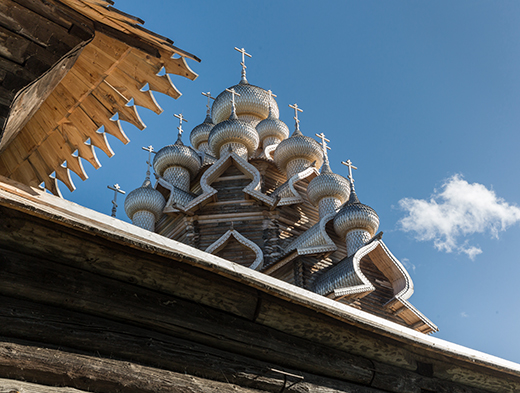 The Church of the Transfiguration features 22 domes arranged in three levels.

The wooden tiles used for the exterior of the dome are called lemekhi. These were made of aspen wood and even a skilled carpenter could only make 30 a day. It took about two years to complete the church building. A typical church building has anywhere between one and five domes. The Church of Transfiguration has 22 domes, and you can only imagine just how long the construction took.
Drainage that ensured the wooden structure wouldn’t be ruined by rain is another stroke of brilliance. Rainwater drops down the slope of the aspen tiles. And it continues to fall down to the tiles on the dome blow. The natural flow takes rainwater down to tiles, ridges and eaves and keeps it outside. 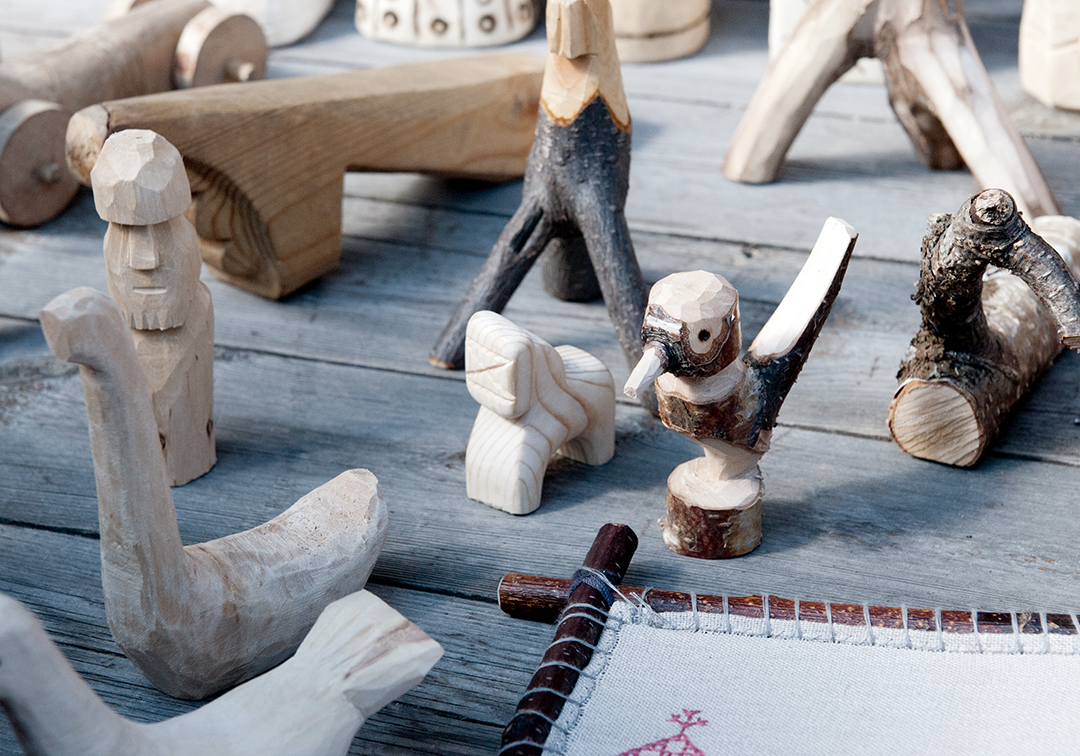 Legend of Church and Master
The locals were so enamored with the wooden church that they created the legend of Master Nestor. The story goes that Nestor used nothing but his axe to build the Church of the Transfiguration.
One day, people on the opposite side of Lake Onega invested Kizhi Island and killed people while setting the church on fire. Time passed, and with the ground where the church once stood covered in bushes, people decided to rebuild the church. Master Nestor was passing by the area when he spotted a copy of the Bible. He started reading the Bible on the stop and even forgot to eat as he finished it. When the sun came up the next day, Nestor saw the shadow of the church over the bushes and morning dew. He offered to build the church right on that spot, but townspeople were against that, saying the spot seemed inauspicious. But Nestor went on to complete the church. Local residents, though, refused to worship there. The master climbed to the roof of the church and tied a red ribbon around the cross. He declared, “There has never been, never is and never will be another church like this.” He then hurled his axe into the lake and disappeared. 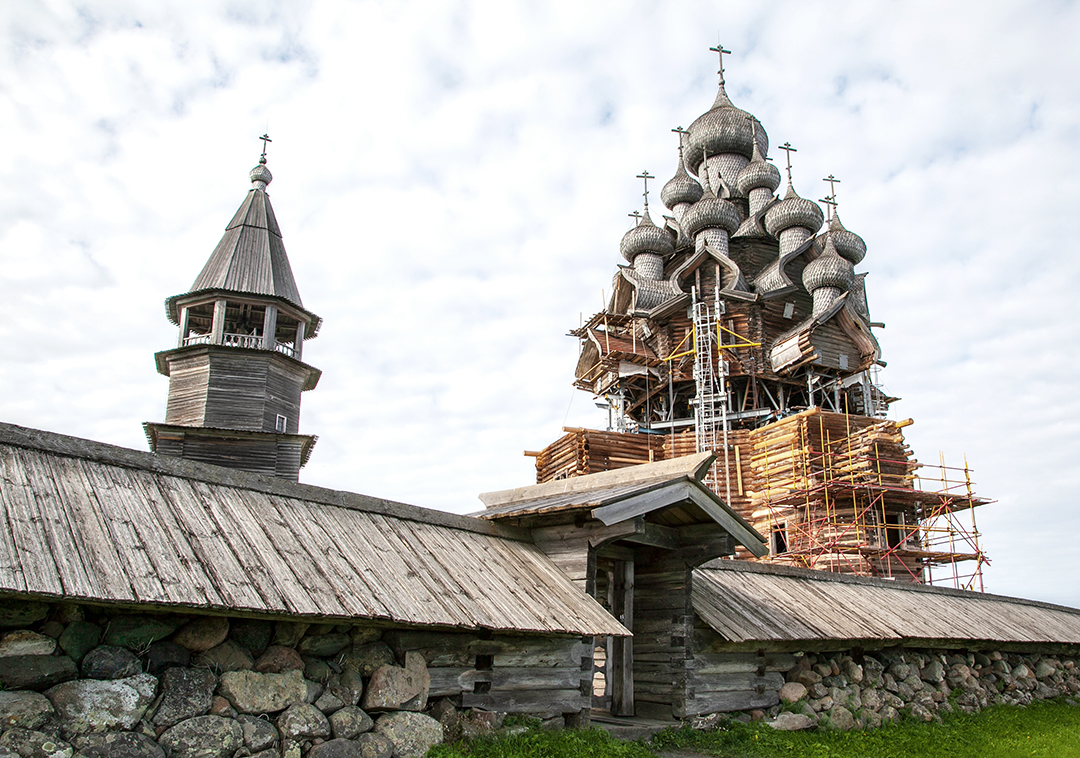 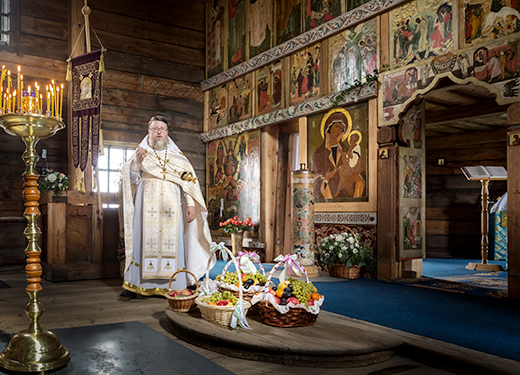 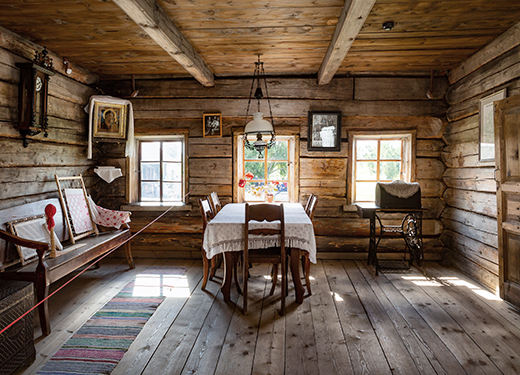 Inside a building at Kizhi Pogost

This miraculous disappearance of the master and his axe at the opening of the church meant the master became one his building. His legend is proof of the Russians’ sheer brilliance, unwavering determination and pure spirituality. The Church of the Transfiguration was built with the spirit of Master Nestor, and Kizhi Island, surrounded by the blue lake, is the epitome of the Russian spirit. Just as Nestor became one with his church, the church has become one with Kizhi Island.
Kizhi Island, tranquil as ever on Lake Onega, beckons pilgrims from all over the world for a chance to see the heaven on Earth. 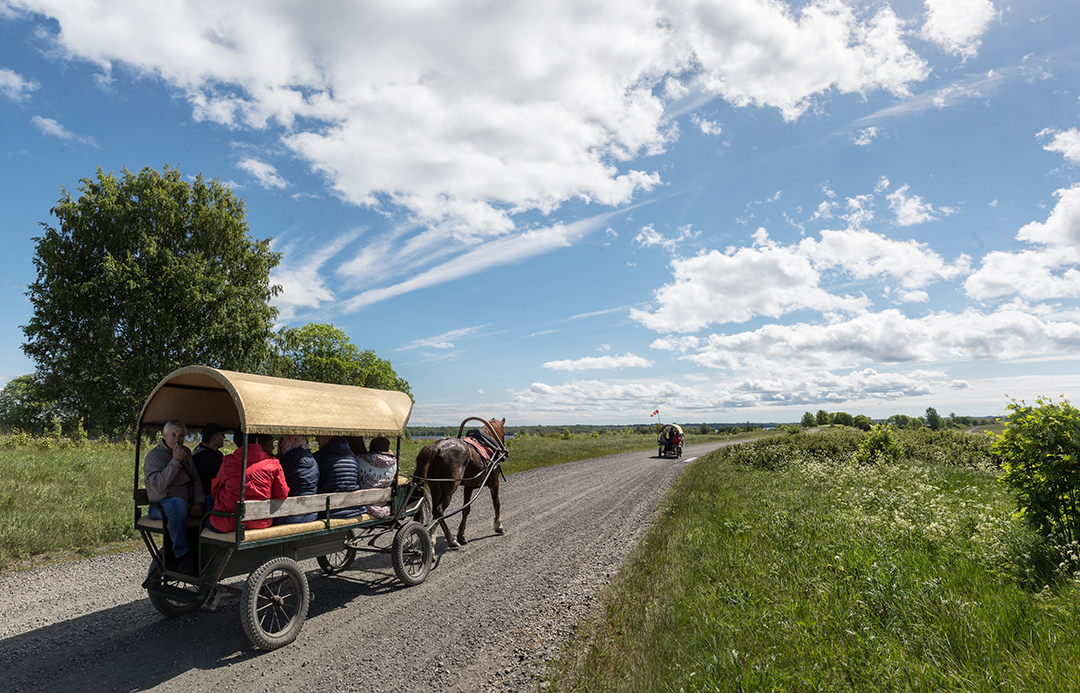 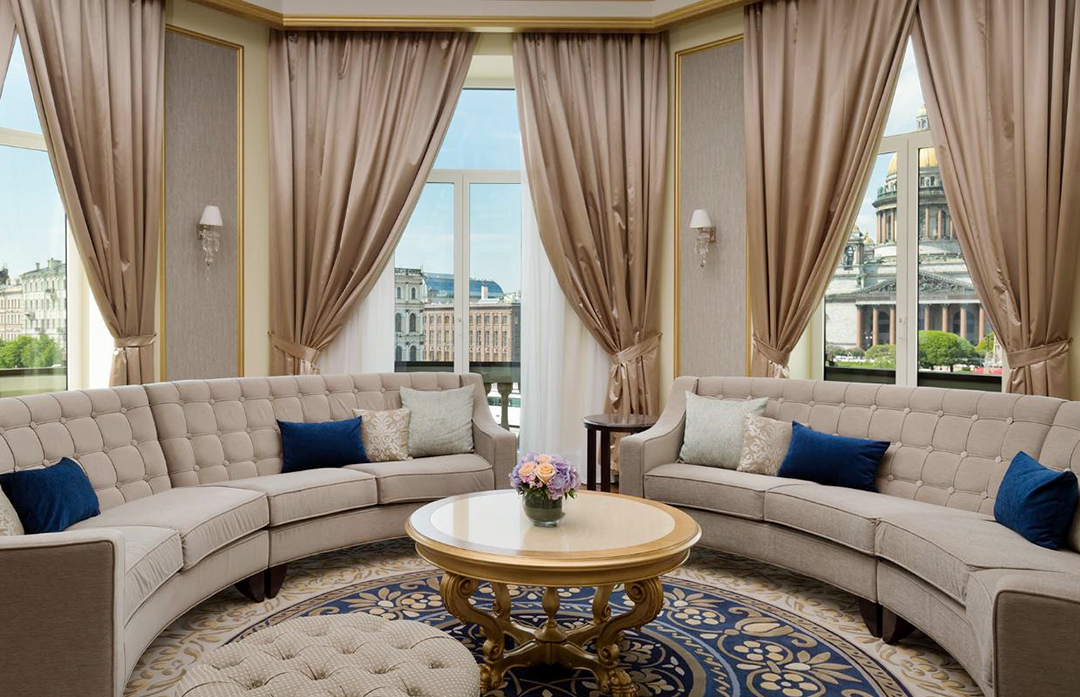 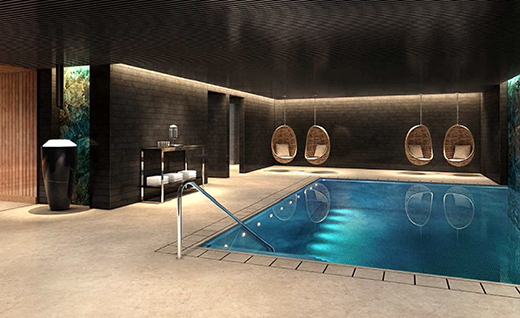 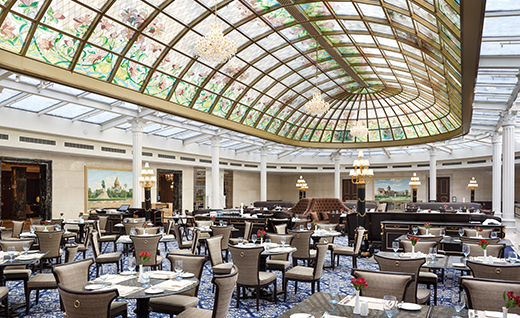 Where to Stay in St. Petersburg: LOTTE HOTEL ST. PETERSBURG
LOTTE HOTEL ST. PETERSBURG stands right across St. Isaac's Square, the most famous landmark in the city. The hotel is housed in a remodeled building first erected in 1851. It's adjacent to the Nevsky Prsopect, the State Hermitage Museum and Mariinsky Theatre. Standing six stories high with one underground floor, the hotel has 10 different types of rooms for a total of 150, and also offers a wide variety of restaurants and facilities.