Luxe First Year of SIGNIEL BUSAN
It has been one year since the opening of SIGNIEL BUSAN, a second location of SIGNIEL SEOUL which has been enhancing the status of pure Korean-brand hotels as the only luxury hotel franchise based in Korea.
In discussing the hotel industry, the word ‘luxury’ does not just mean extravagant decor and high-class facilities. In relative terms, it means to pay more attention to details, ensure that customers always feel content with hotel services and even touch their heart. These are what set apart true luxury hotels from others.
Korean Luxury Hotel Opens in Busan
Korea’s luxury hotel market was once dominated by foreign brands. In 2017, SIGNIEL SEOUL made a bold move by entering the market as the only pure Korean hotel brand. The result was successful. SIGNIEL SEOUL has soft-landed on Korea’s luxury hotel market which had been previously considered barren, and even established the image of ‘Korea’s leading landmark hotel’ and ‘gourmet hotel.’ It headed down to the second largest city of Korea to join the fast-growing luxury hotel market in Haeundae, and launched SIGNIEL BUSAN there. This month, it is celebrating its one-year anniversary in the port city.

Since its launch, SIGNIEL BUSAN has garnered a lot of attention from customers thanks to its luxurious yet cozy ambience, fantastic ocean views of Haeundae Beach, top-notch facilities such as the infinity pool and last but not least special guest services. 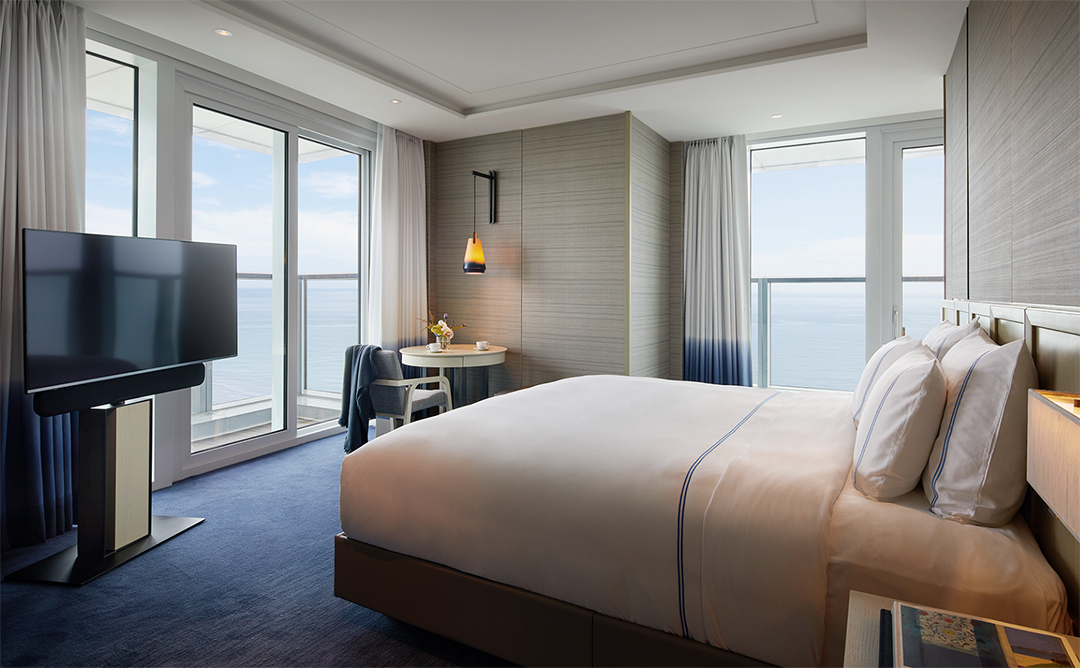 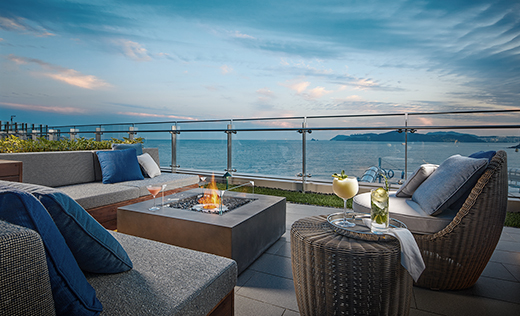 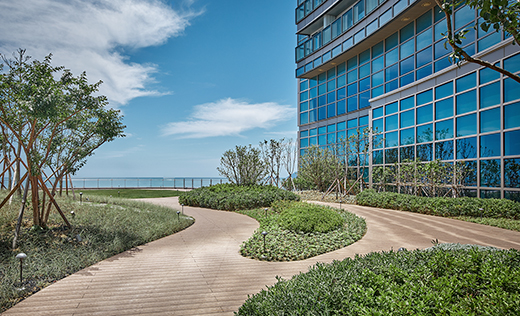 SIGNIEL BUSAN Popular on Social Networks
A recent analysis of ‘social trends’ with regard to hotels located in Haeundae, Busan, for the period of June 2020-March 2021, shows the amount of attention SIGNIEL BUSAN receives. An online search word analysis shows SIGNIEL BUSAN was included in the search up to three times more compared to other hotels.
During a holiday season or summer break when many people search for information on staycations, the gap was stretched even further apart. The related search analysis indicates that other hotels in Busan are often associated with ‘Busan trip’ or ‘hocance’--words that involve the meaning of hotel. On the contrary, SIGNIEL BUSAN was searched with words like ‘guest room,’ ‘lounge,’ and ‘service.’ It can be understood as a circumstantial evidence that there are many customers who are considering SIGNIEL BUSAN a travel destination instead of a hotel.
Regarding customer demographics, those who are looking to enjoy a private staycation or fancy honeymoon, or are celebrating an anniversary seem to prefer SIGNIEL BUSAN. By age groups, those between ages 25-34, also known as Gen Z and Millennials who are at the center of trends, make up the largest proportion.
It is also noteworthy that SIGNIEL BUSAN-related searches include expressions such as ‘kind,’ ‘good’ and ‘delicious’ Having been in the spotlight for its collaboration with world-class chefs, the search words reflect the level of expectation people have of SIGNIEL BUSAN.  In fact, you can try diverse food from the menus curated by Michelin 3-Star chef Bruno Menard for SIGNIEL BUSAN at the lounge, bar, and bakery. ‘Salon de SIGNIEL’ has prepared an afternoon tea set attracting female customers who’d be interested in having tea while enjoying the amazing ocean view.
In addition, premium all-day dining service ‘The View’ offering colorful cuisine using seasonal ingredients is famous for its fresh ‘sushi & sashimi,’ while Chinese restaurant ‘Chaoran’ is known for its dim sum. 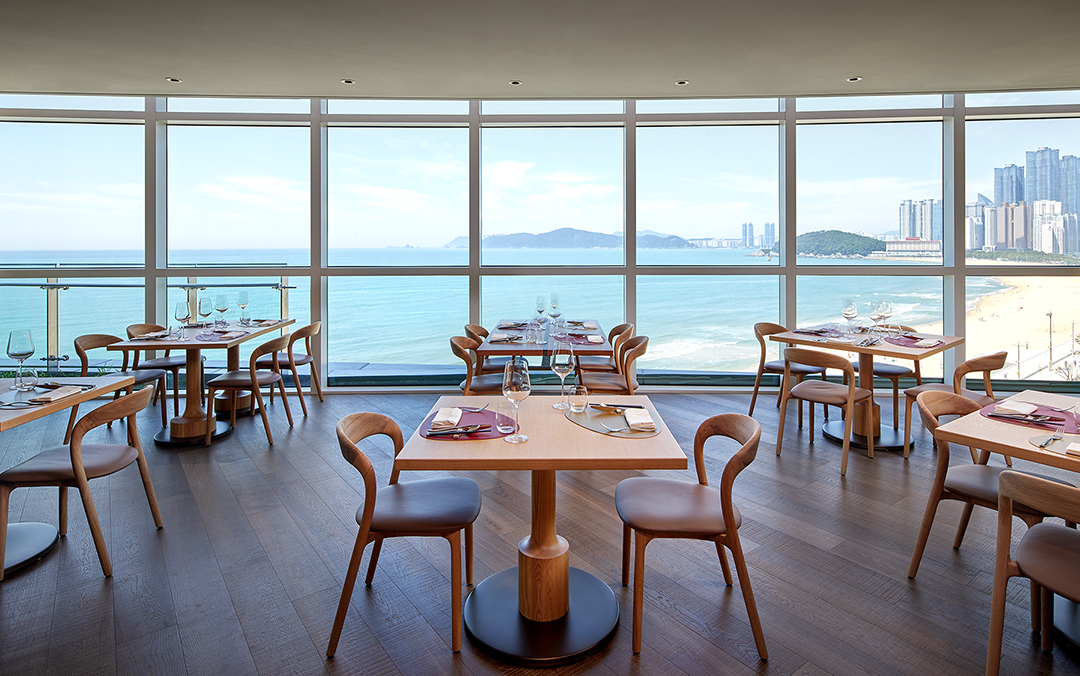 SIGNIEL BUSAN First Anniversary Special Package
This past year since the opening of SIGNIEL BUSAN was a time dedicated to showing customers the standard of a luxury hotel in Busan. In April, SIGNIEL BUSAN achieved over 90% occupancy every Saturday. It means it has now without doubt positioned itself as the most luxurious and perfect getaway hotel in Busan and Haeundae.
As a thank you to our customers, SIGNIEL BUSAN has prepared a special package deal celebrating the first anniversary valid between June 1 and July 11. The package includes a spectacular ocean view and a scent that has a healing power. An ocean-view room stay and breakfast for two at premium all-day dining The View, and a five 75ml-amenities set from French fragrance brand Diptyque Paris are provided for the package deal. The price begins at 350,000 won(tax and service fee not included).
There is a separate promotion for LOTTE HOTEL Rewards members to celebrate the first anniversary of SIGNIEL BUSAN. If you book a room or a package deal with SIGNIEL BUSAN on the LOTTE HOTEL official homepage, you will be able to enter to win a gift on the separate event page that is revealed after booking. The lucky winner will be given a voucher for a SIGNIEL BUSAN Royal Suite stay with breakfast for two at The View. The anniversary package and special event are open till July 11, 2021 for reservation and entry. 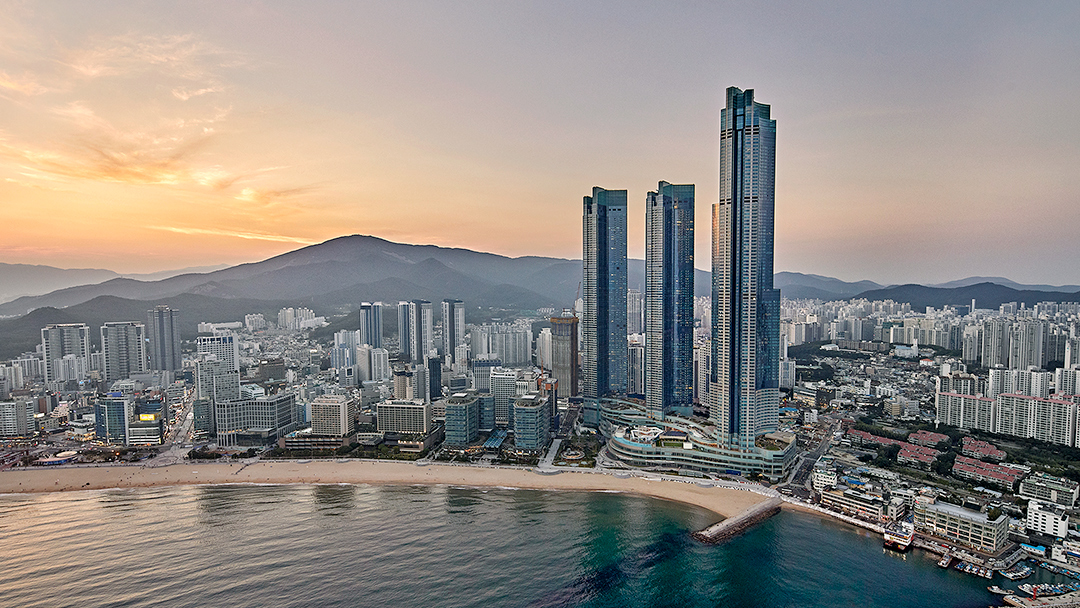