[INSIDER GUIDE] DJ Soulscape and Music Scenes of Seoul
We explore Seoul with top Korean DJ and producer Soulscape amid the prolonged hiatus in the music industry which makes us music fans yearn for the fervent energy of a packed concert hall.
“There are spaces with diverse characters and contexts that are waiting to be discovered in Seoul.”
DJ Soulscape 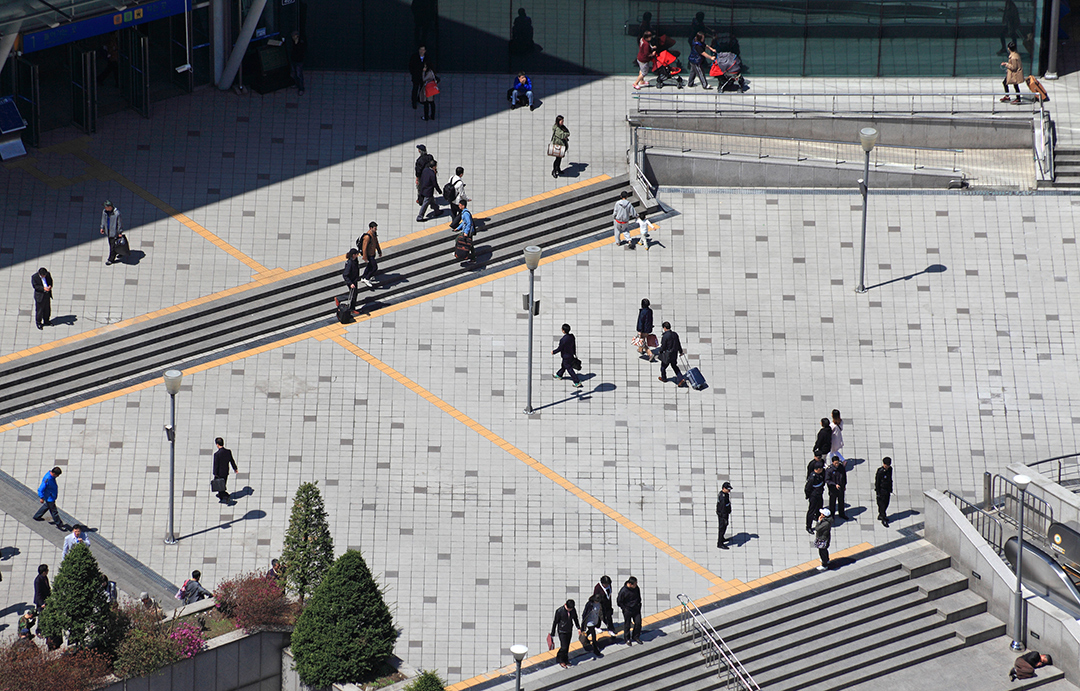 A favorite club?
‘Club Brown’ is the only club in Seoul that mainly plays disco, old-school hip hop, and soul music. I used to host an event dubbed ‘Sunday Talk’ every Sunday evening before the Covid-19 pandemic. I sincerely wish that the club can resume business this year.
· Club Brown Instagram www.instagram.com/brownsoulseoul (Temporarily closed due to Covid-19) 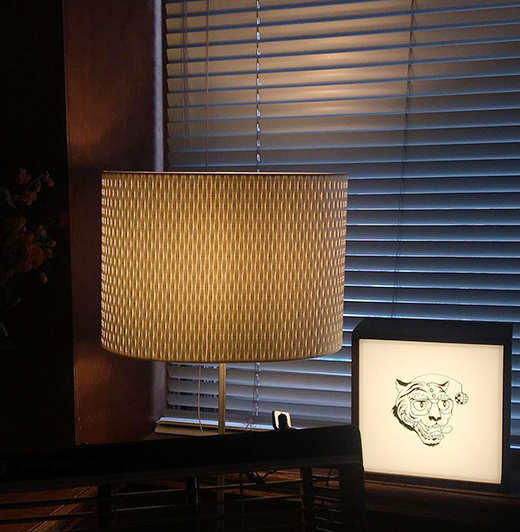 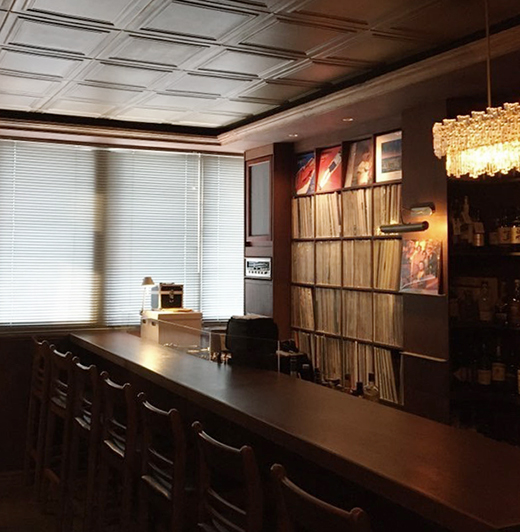 A record bar featuring great playlists?
‘Bar Tiger Disco.’ The place has a selection of music most faithful to its Korean origin, and deserves to represent the history and sensibility of Euljiro.
· Bar Tiger Disco 3F(Entrance to the right of Wujin Hardware), 128-2 Eulji-ro, Jung-gu, Seoul 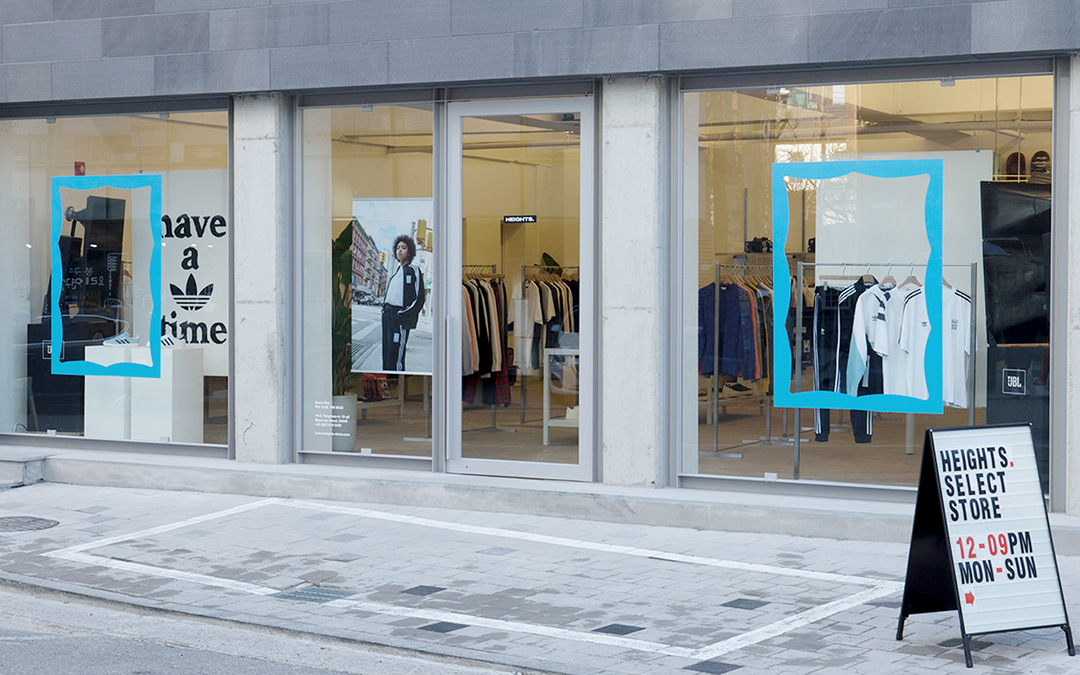 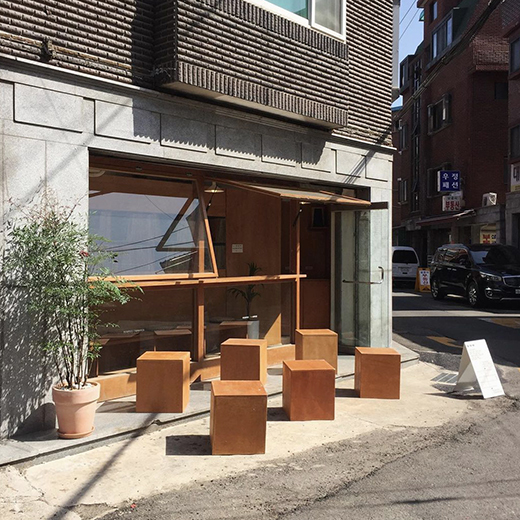 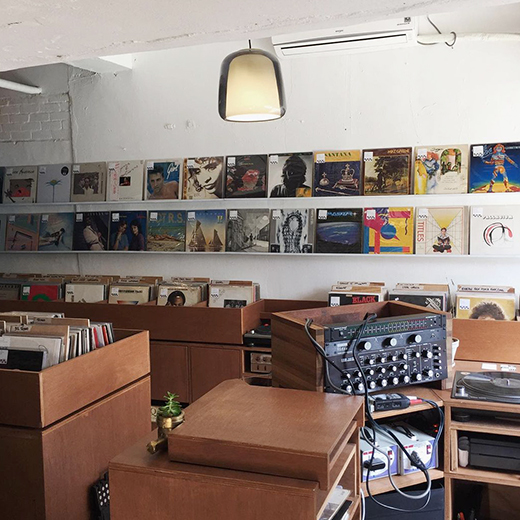 A record shop with rare finds?
I recommend a cafe and record shop ‘Mosaic.’ It is also well known for its mint tea. The shop has an extensive second-hand record collection, and you often get to find an unexpected deal.
· Mosaic 64 Dasan-ro 31-gil, Jung-gu, Seoul
A must-buy album in Seoul?
I would like to recommend < Changbu Taryeong > by Bae In-suk, which was recently rereleased as a record. 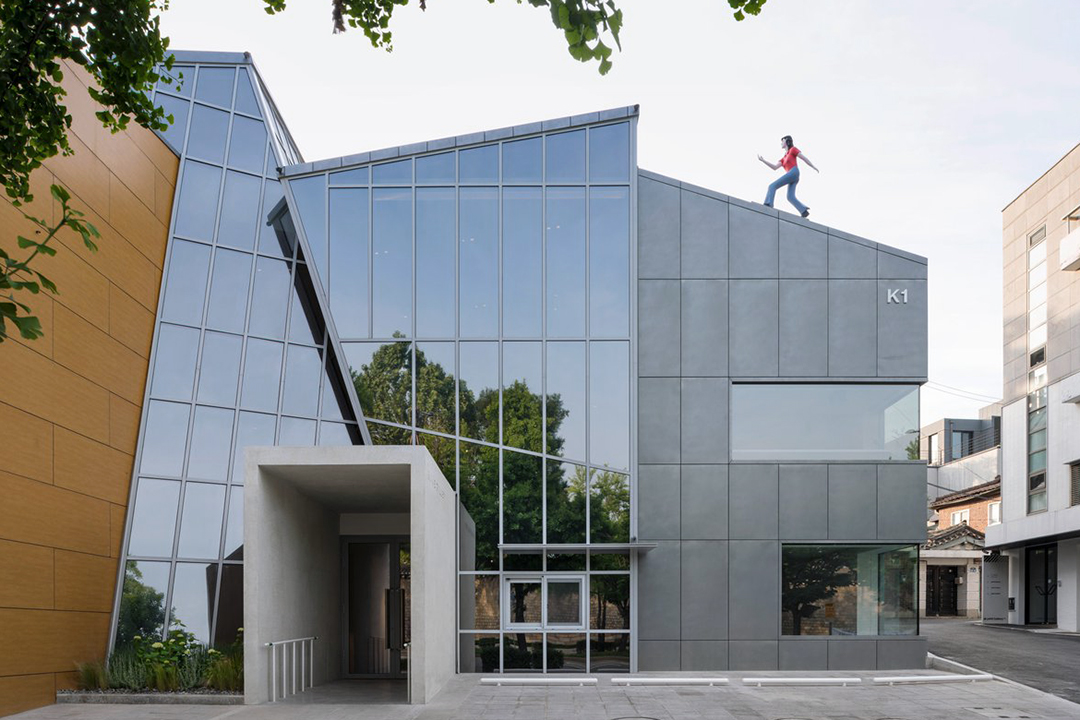 A favorite gallery?
‘Hyundai Card Music Library’ and ‘Kukje Gallery.’ I try to regularly check the exhibition schedule of Kukje Gallery.
· Hyundai Card Music Library 246 Itaewon-ro, Yongsan-gu, Seoul
· Kukje Gallery 54 Samcheong-ro, Jongno-gu, Seoul
A must-see place in Seoul?
I urge you to feel the unique ambience of places like Itaewon, Euljiro, and Cheongdam, and their many restaurants that are top-level. The Seoul Art Center and Mount Umyeonsan are the places I visit often because they are close to where I live. 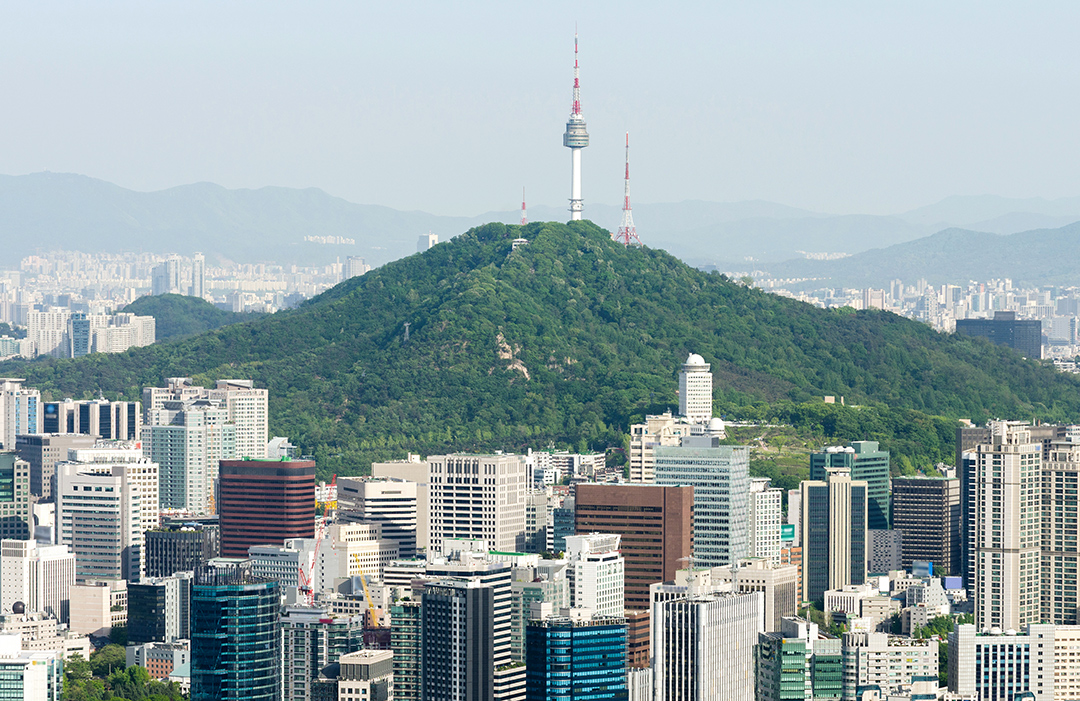 A secret tip?
I’ll give you a very important tip. If you ask a stranger in the streets of Seoul for directions, most people will respond kindly.
An inspiring place?
Itaewon. In particular, clubs like ‘Cakeshop’ and ‘Soap’ or bars like ‘232’ and ‘Dirty Rose Club’ are the most culturally-diverse places in Seoul. I hope I can once again go to these places in the near future.
A place with an iconic Seoul scenery?
The N Seoul Tower on a clear day. 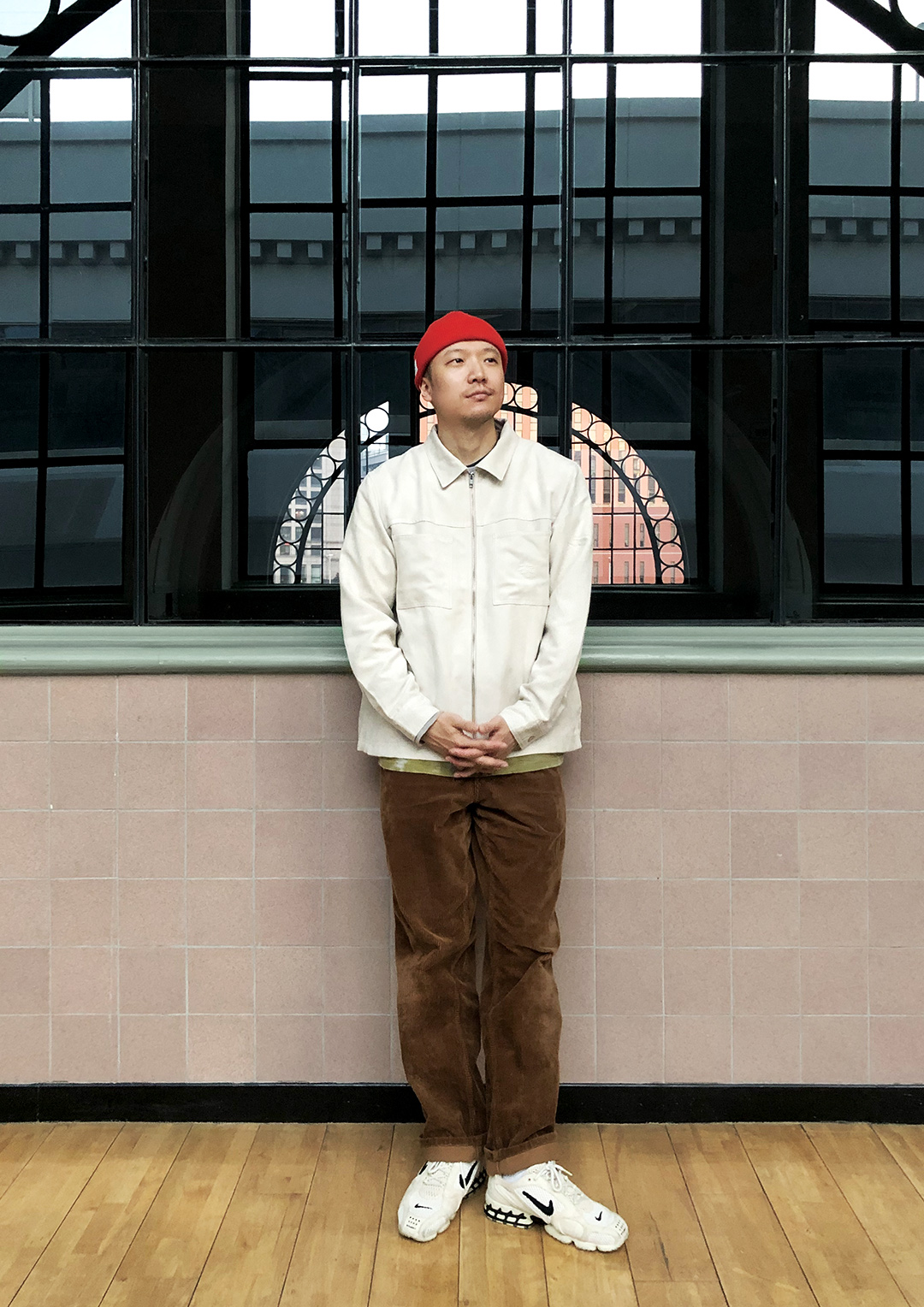 About Insider: Seoul-based DJ and producer Soulscape
DJ Soulscape bases his work on vinyl records. Since the late 1990s, he has introduced diverse music to his audience as well as produced his own music. His 2000 album titled < 180g Beats > is considered one of the masterpieces of Korean hip hop. Currently he produces music for documentaries, advertisements, and movies, and curates music for restaurants and select shops. “I do sampling and programming as a hip hop producer but when I work on a soundtrack, I use traditional tools like sheets and instruments.” We sat down with Soulscape who actively pursues music in the forefront of the industry by embracing various methods and genres.
Q. What is your daily routine in the pandemic era?
A. Until the end of last year, I was in charge of the curation of < Record 284—Culture on a Turntable > held at the Culture Station Seoul 284. It was an untact exhibition with various side events. I also produced the soundtrack for the Culture Station Seoul 284. After that, I have been busy working as a music director for the KBS documentary series dubbed < Modern Korea >.

Q. We would like to know how you communicate through music.
A. Since there are no performances at present, I focus on my studio work. I get to communicate with the global audience and Korean local musicians every month through the Seoul chapter broadcast on Worldwide FM based in the UK.

Q. Tell us more about ‘360 Sounds’ and ‘Room 360’ that you are running.
A. ‘360 Sounds’ is a gathering of Seoul-based artists and DJs pursuing the LP culture and was launched in 2005. We have held parties in various places and collaborated with artists, designers, photographers, and other musicians. Coincidentally the largest-scale parties we have staged so far were at LOTTE HOTEL SEOUL and LOTTE HOTEL WORLD. We believe our most important role is to support the local culture and communicate with members of various subcultures. ‘Room 360’ is the name of my record shop and agency. An LP shop is the most basic starting point in terms of developing local music, and I try to make sure my shop serves as a gathering place for local musicians and the audience.

Q. Where do you focus when you curate music and content for restaurants, bars, or select shops?
A. Above all, you need to have big data on music. Simply having some knowledge about music is not enough. You have to understand music better than the computer algorithm used by a music streaming service, and be able to figure out elements connecting certain brands and locations with traits such as backgrounds and locality. Before getting to the sentimental realm, you need to analyze data and myriads of personal preferences with a concrete and logical approach. Curation is a type of work that entails multifaceted and complex values.

Q. You have been involved in Seoul’s music scene for over two decades since 1998. What changed between then and now, and what didn’t?
A. Between then and now, there still is a lack of foundation or overall recognition to promote diverse and experimental music. Nevertheless, there has been a change in how people view various types of music. You can say they are moving away from compulsively following the trends set by the mainstream media.

Q. How would you define Seoul in that framework?
A. While working as a music director of < Modern Korea >, I had an opportunity to go through various records dating back to the 1980s and came to think that Seoul is an oversized space which got distorted in various aspects as it went through indiscriminate development and expansion while making a compulsive effort to overcome its social complex regarding modernity. It doesn’t mean all is bad. The city has spaces with diverse characters and contexts that are waiting to be discovered.

Q. If you’re traveling Seoul using music as a theme, regardless of a genre, what do you need to prepare? Or is there a place that needs to be visited first?
A. The Han River pops in my head. I think it will most likely create a strong first impression of Seoul. Anywhere along the river including Hangang parks.

Q. You have collected LPs from Hoehyeon Shopping Center since you were in middle school. What is your most valued LP?
A. There are so many, but to pick one from my Hoehyeon purchases, I would go with the 1975 album titled < Spring Rain > by Park In-soo. It’s the most Korean soul music. The Korean-style rock sound by the Shin Joong-hyeon band and witty lyrics written in the language of the time are important data in Korean music history.

Q. Please tell us about your current project or events.
A. For the past several years, I’ve been working on a project rediscovering the sound of Seoul. A few years ago, I worked on the ‘Sound of Seoul’ project reinterpreting Korean traditional music with gugakgi(Korean traditional instruments) players and Seoul-based music producers. From 2019, I am working with Oasis Records, the oldest label in Korea, as a content director, and overseeing various projects including rereleases. There are also other ongoing projects that are under way and yet to be unveiled.