Rising Art Destination in the Mediterranean, Hauser & Wirth Menorca
Gallery Hauser & Wirth opened a new art center in July in Menorca located among the Balearic Islands of Spain.
Why did mega gallery Hauser & Wirth open an art center on Illa del Rei(meaning ‘King’s Island’ in Catalan language) in Menorca, on a tiny patch of land in the middle of the Mediterranean Sea, of all the places? You will find the answer right away once you see the art space embracing the blue ocean and nature of the island. 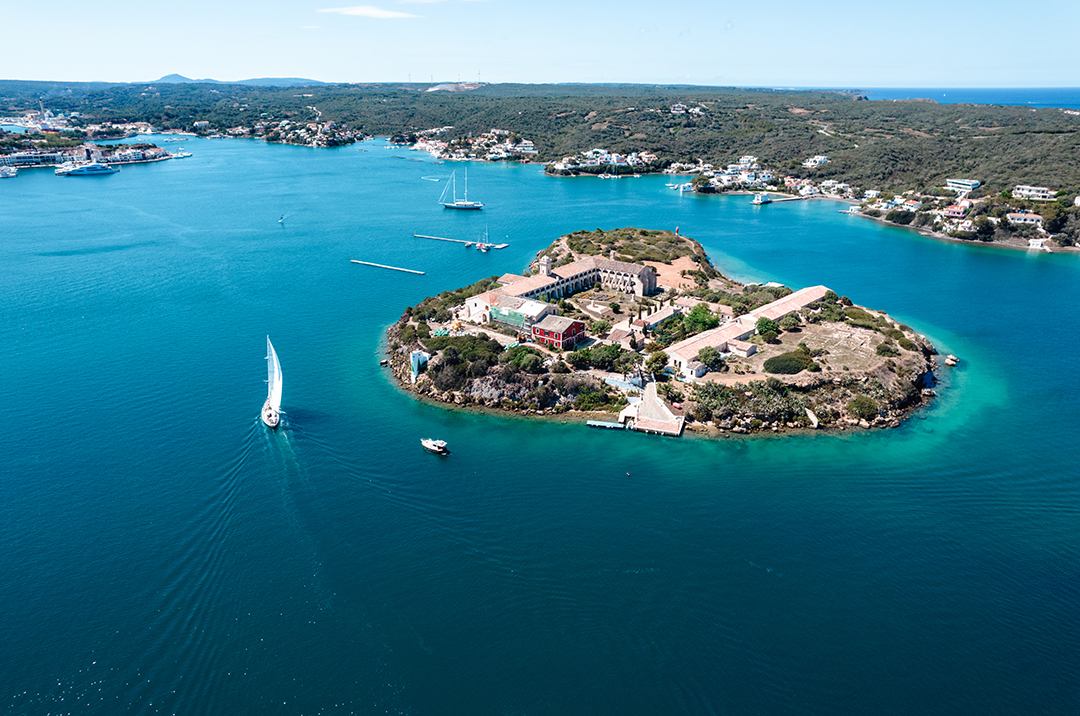 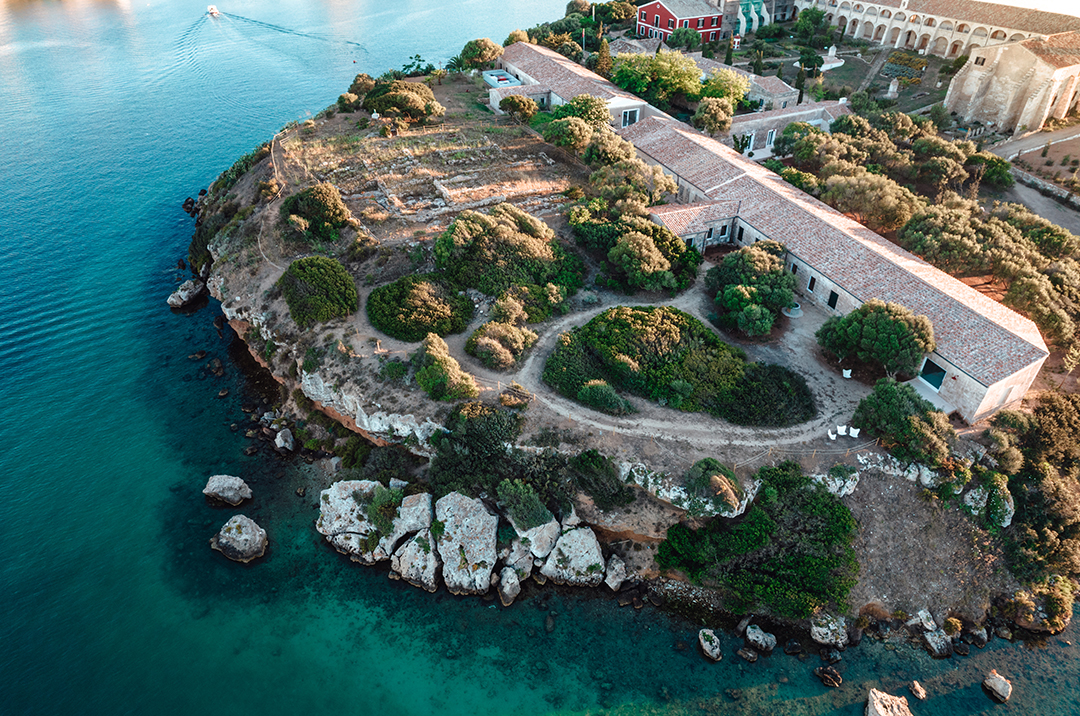 Art Frontier, Gallery Hauser & Wirth
Since opening their first gallery in 1992 in Zurich, Switzerland, Iwan Wirth and his wife, Manuela Wirth, and Ursula Hauser(Manuela’s mother) have operated 17 galleries around the world, successfully establishing their status as one of the leading contemporary art galleries on the global stage, along with Gagosian and Pace. The nickname ‘mega dealer’ indicates that their influence is just as big, if not bigger, as an ordinary national art museum. Hauser & Wirth is well known as a ‘gallery for artists’ dedicated to supporting and fostering promising artists with unique perspectives on art on a long-term basis. They do not just open art spaces in cities frequented by the rich people, but often suggest a complex art space combining such elements as: the study of art, restoration of a historic architectural space, and conservation of local tradition and natural environment, clearly separating themselves from other galleries.
“We felt that people enjoyed coming to a place where they not only see the art, but also they can go to a garden, they see outdoor sculpture. It’s an experience that we offer where art is at the heart, but it is also a deeply inclusive model.”
Iwan & Manuela Wirth 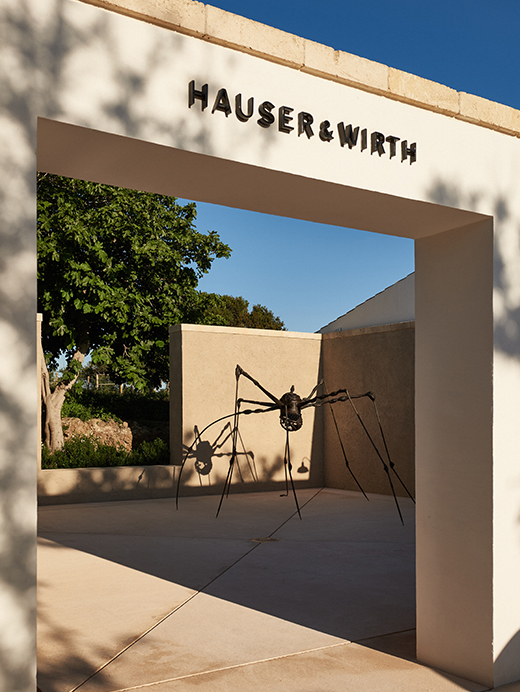 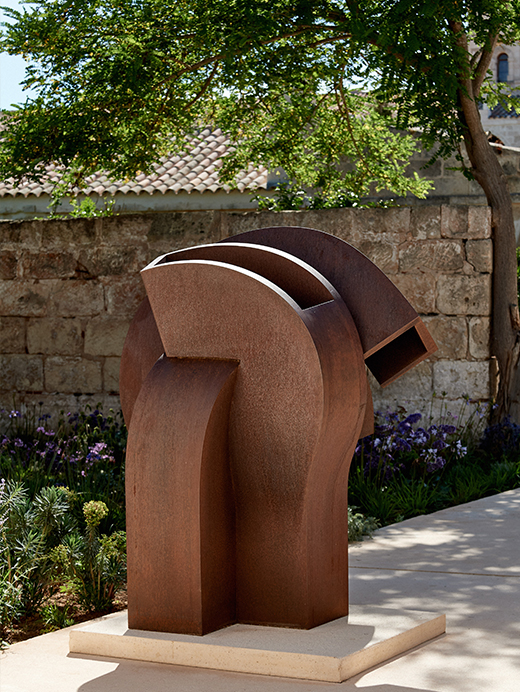 Treasure Trove in the Balearics, Menorca
The Balearics Islands of Spain have long been popular vacation spots among Europeans. Majorca, among others, is known as a summer resort for the Spanish royal family as well as where composer Frédéric Chopin and his lover, George Sand, Korean national anthem composer Ahn Eak-tai, and artist Joan Miró either stayed once or spent the rest of their lives. On the contrary, Ibiza was more famous for its clubs, at least before the pandemic, among young party-goers as a vacation destination. In particular, Menorca is a biosphere reserve designated by UNESCO, thanks to its beautiful landscape peculiar to the Mediterranean region and rich habitat where various flora and fauna coexist. Above all, it is where Iwan and Manuela Wirth own a summer house where they spend a lot of time. 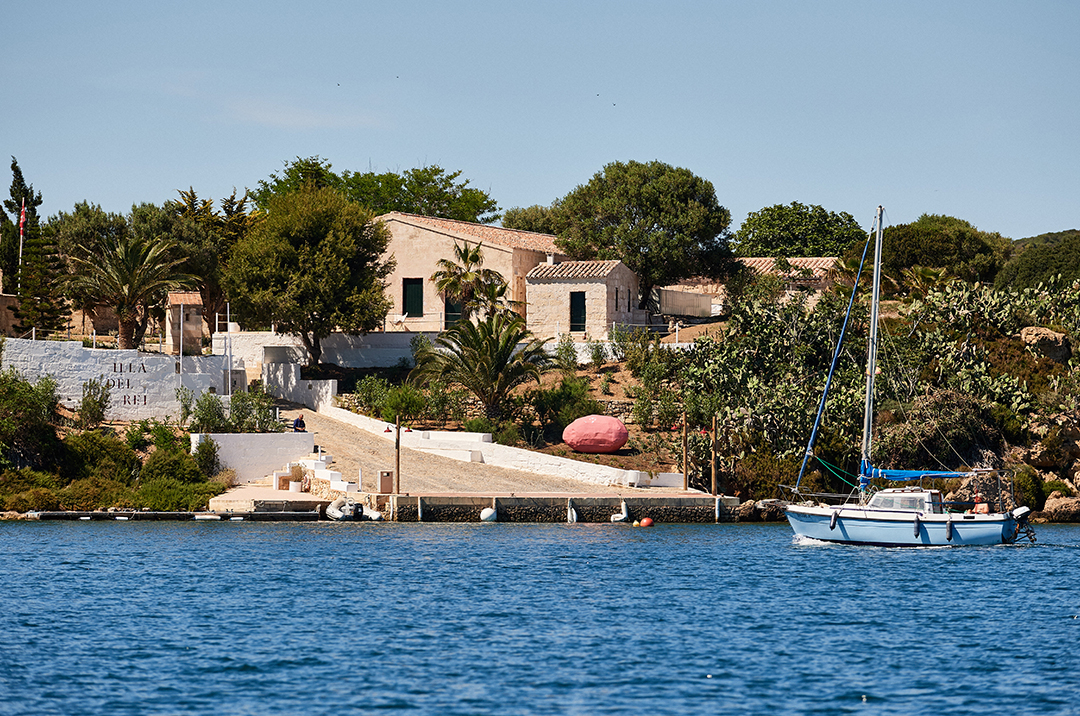 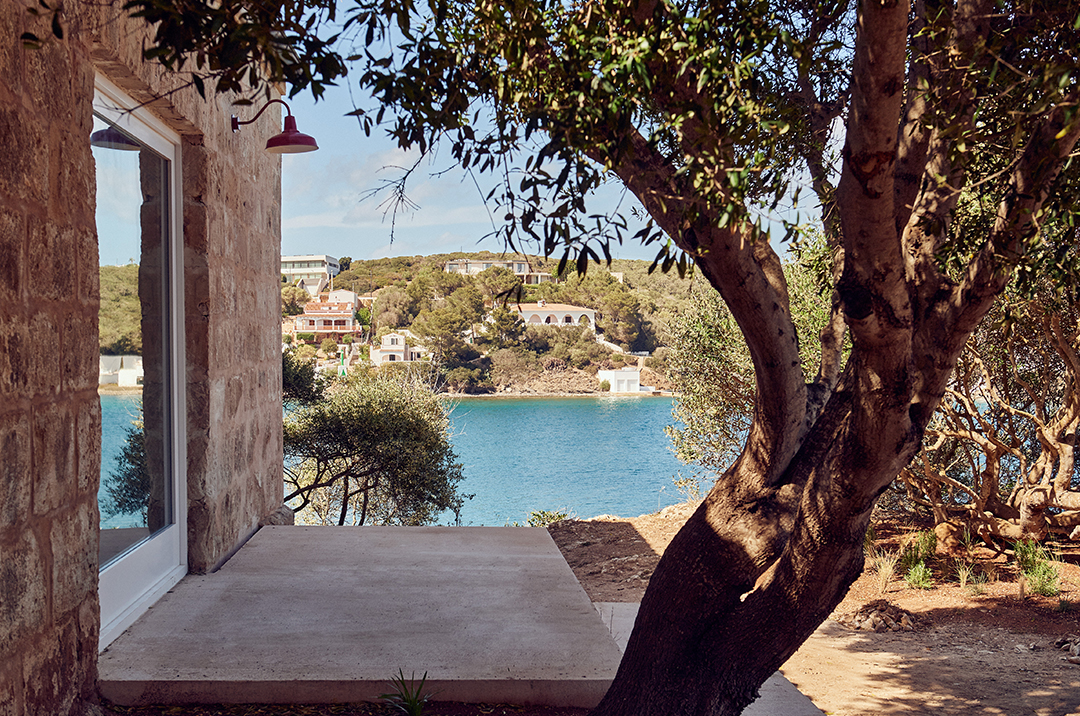 Retracing History of Mahon Port, Illa del Rei
It was only five years ago that people who had spent many summers in Menorca learned about the tiny island of Illa del Rei in front of the Port of Mahon, the main port of the island. A 15-minute ferry ride from Mahon, the island has been a deserted land since the 1960s when a hospital built by the Royal Navy under the early 18th-century British sovereignty closed its doors. The effort to restore the historic hospital was carried out by the local community as the Illa del Rei Hospital Foundation was established in 2005 and volunteers began working on rebuilding the structure every weekend.
When Iwan and Manuela Wirth visited Illa del Rei after learning about the restoration project, the space where a gallery stands now had been taken by an auxiliary building to the deserted hospital. Back then, the Foundation was so busy focusing on the main building work that there was nothing being done to the auxiliary building. The gallerist couple, however, saw a potential for an amazing art space in the ruins surrounded by the overgrown trees, and proposed that the entire area be restored to fit a gallery complex. Initially, the Foundation and local officials were hesitant about the proposal as they had been working to preserve the tradition and history of Menorca. However, after visiting the art compound in Bruton, Hauser & Wirth Somerset, they gave a green light to the plan. That is how Illa del Rei became a new art space that the Island of Menorca is very much proud of. 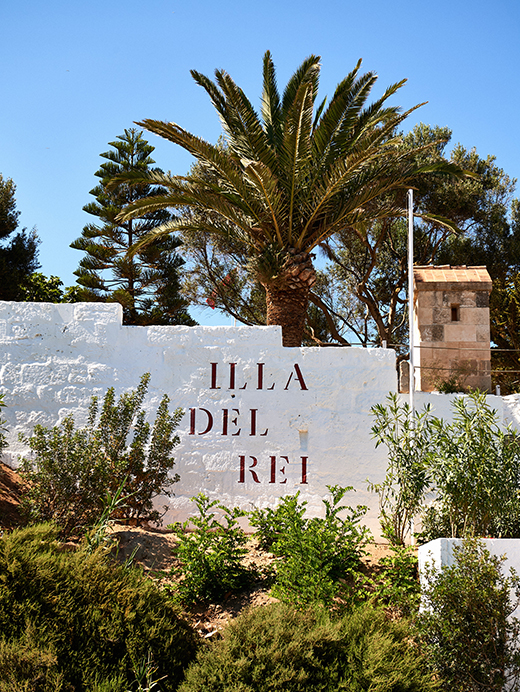 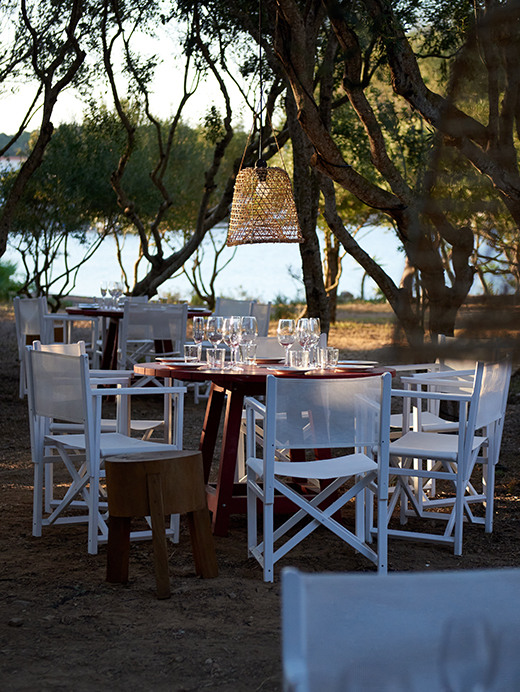 “I think the most important thing for me was just to discover the DNA of the building. And part of the DNA, not only the fabric of the building, but also the history of the building. So the buildings were somehow abandoned and were not in use. So we have to find elements to create a new life, to create the new DNA in a way.”
Luis Laplace, architect
Art Space Conveying Local Culture and Nature, Hauser & Wirth Menorca
Hauser & Wirth Somerset has been a massive success, drawing around 800,000 visitors in the past seven years by offering a gallery space, gardens, an eco-friendly farm and a restaurant using fresh supplies from the farm, and immersive artist-in-residence and learning programs. Compared to that, Hauser & Wirth Menorca is on a smaller scale, yet shares common elements such as the restored historic architecture and the liaison with local culture and sustainable local gastronomy. Besides, the restoration work was done by the same Argentine architect Luis Laplace who is currently based in Paris, while the garden landscape was designed by Piet Oudolf who is responsible for the mind-blowing beauty of Oudolf Field at the Somerset center. 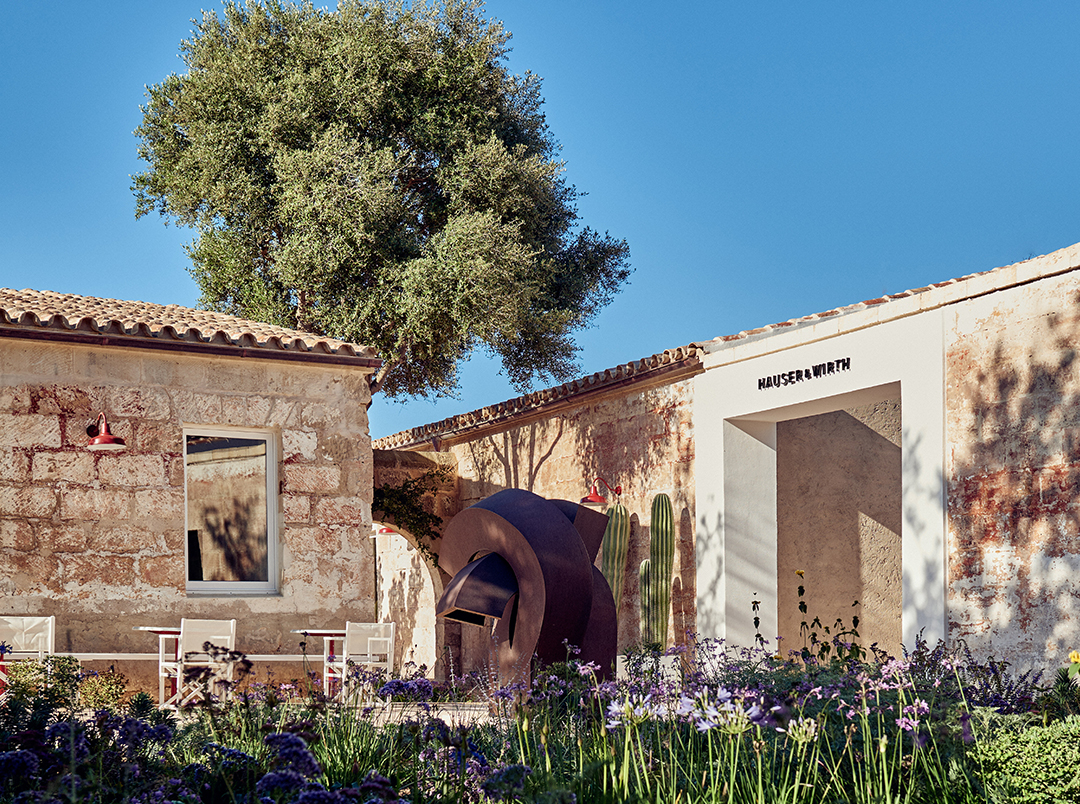 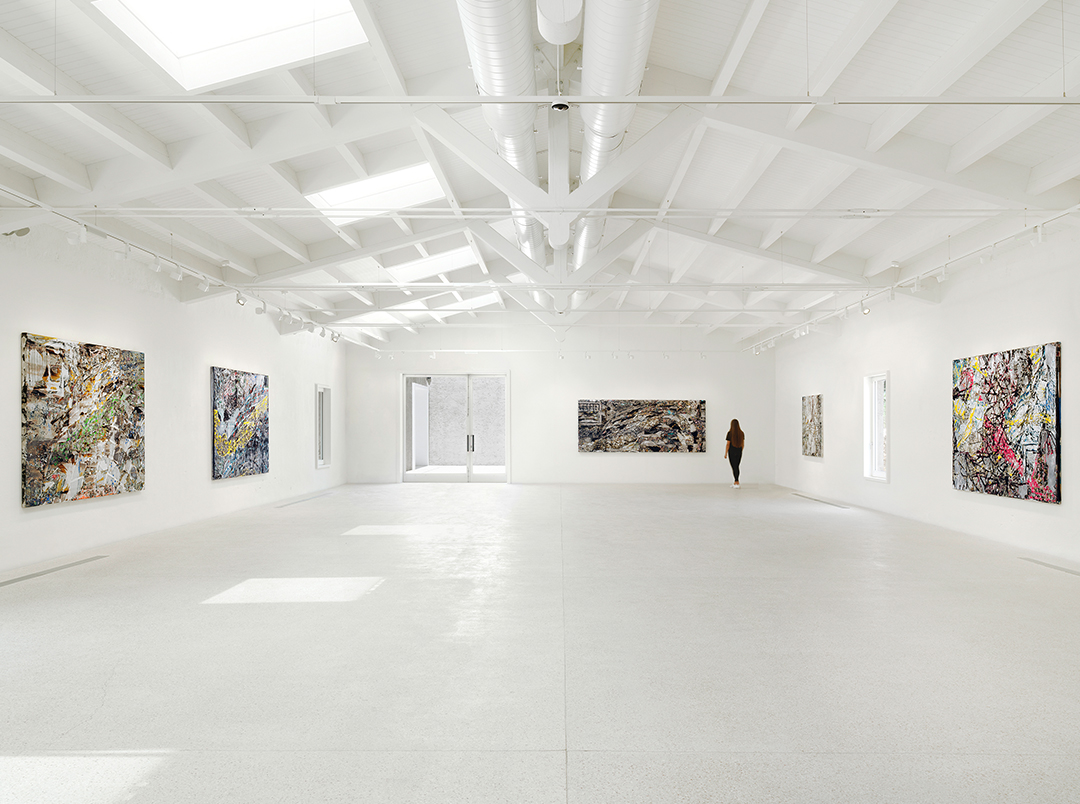 Luis Laplace, who had partnered with Hauser & Wirth for a long time, revived the original characteristics of naval architecture and local elements in the arch and ceiling windows, creating a 1,500㎡-large space comprising a gallery, workshop space for learning programs, Restaurant Cantina, and a gallery shop. Even materials for the tiled roof and terrazzo flooring reflect the Menorcan architectural style as accurately as possible.
The garden where you can take a leisurely walk admiring ‘Spider(1994)’ by Louise Bourgeois as well as sculptures by Miró and Eduardo Chillida adds charm to the art complex. Piet Oudolf reproduced the little art retreat in his garden design using perennial herbs and the island’s native plants. The result is the year-round blooming of diverse flowers that will highlight the natural environment of Illa del Rei. 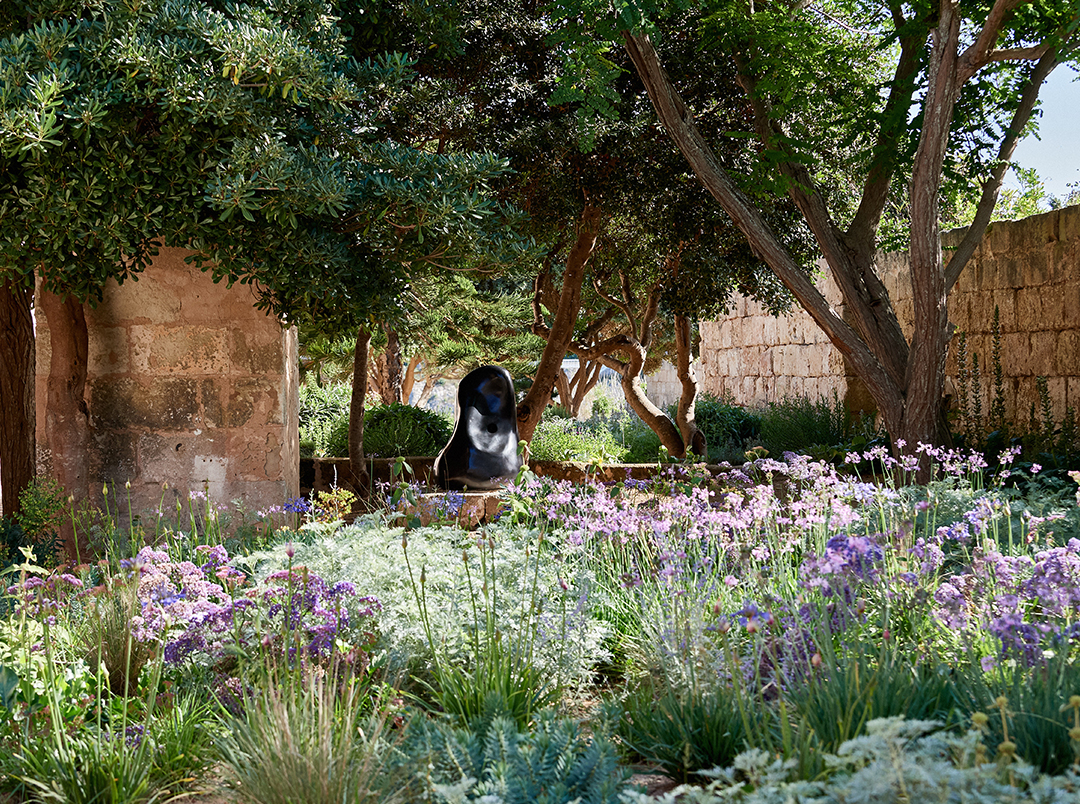 After finishing touring the gallery and the garden, you will be participating in the sampling of local wine and gastronomy at Restaurant Cantina, run by Luis Anglés and Patricia Menéndez who are a young winemaker couple operating a local vineyard and restaurant named Binifadet. The couple presents seasonal menus cooked with local produce. At the gallery shop in the same building, various Menorcan craft products such as art books, woodcraft, pottery, and shoes are sold. 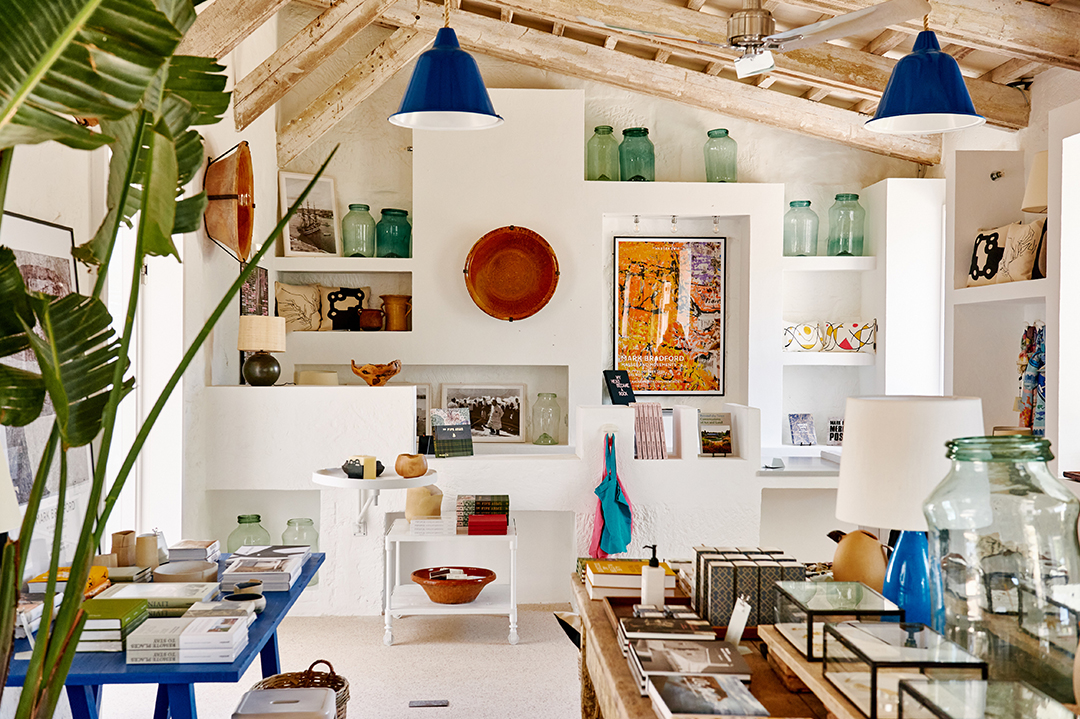 The inaugural exhibition of paintings and sculptures by artist Mark Bradford and the associated education program exhibition involving the artist and local art school students ended in October at the end of the summer season. In the fall and winter season, new education programs and a program partnering with Teatro Principal de Mahón, the oldest opera theater in Spain, are in store, while new exhibitions are scheduled to open next spring. After the dreary winter passes on Illa del Rei, revisit Hauser & Wirth Menorca, the up-and-coming art destination.