Scarily Fun
If you are a thrill seeker, then Six Flags Great Adventure, the heaven of attraction bringing you incredibly thrilling fun, is just the place for you.
Thrill-Packed Theme Park
Disneyland is perhaps the first name that comes to people’s minds when they think of theme parks. It’s the prototype of a wholesome theme park built for children, a land of dreams and happiness. However, for fans of theme parks old enough to have developed a sense of adventure, then Six Flags, full of fun and thrilling attractions, may be the ultimate destination. 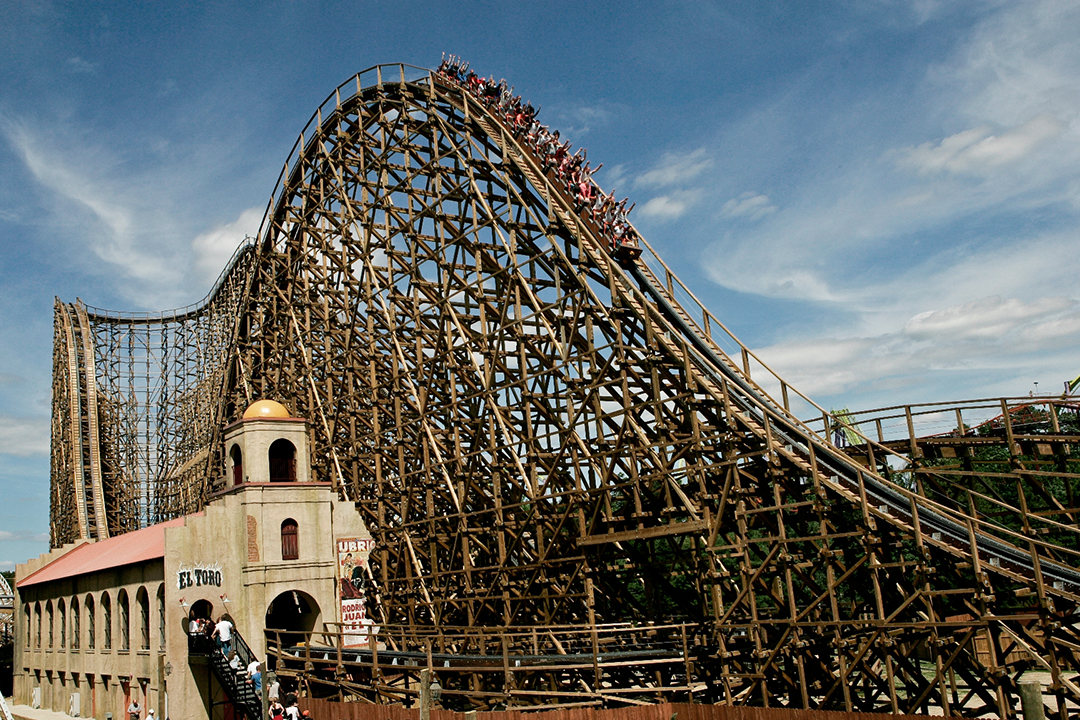 Six Flags opened its first park in Arlington, Texas, in 1961. The name comes from the flags of six countries that once governed Texas, including France, Spain and Mexico. Once inside Six Flags parks, you will see cultures of different countries merge with the signature cowboy culture of Texas. Six Flags celebrated its 60th anniversary last year. Thanks to innovative attractions covering a wide range of themes and convenient locations, Six Flags now operates 27 theme parks and water parks in the U.S., Canada and Mexico.
Whereas Disneyland features cute little attractions highlighting popular characters, Six Flags parks come right at you with all sorts of coasters: the world’s tallest coaster, the fastest wooden coaster and the very first virtual reality coaster. Their names alone will send chills down your spine. These and other attractions at Six Flags are scary but fun in their own ways. As competition for Disneyland, Six Flags features characters from DC Comics, a major rival to the Disney-owned Marvel Comics. 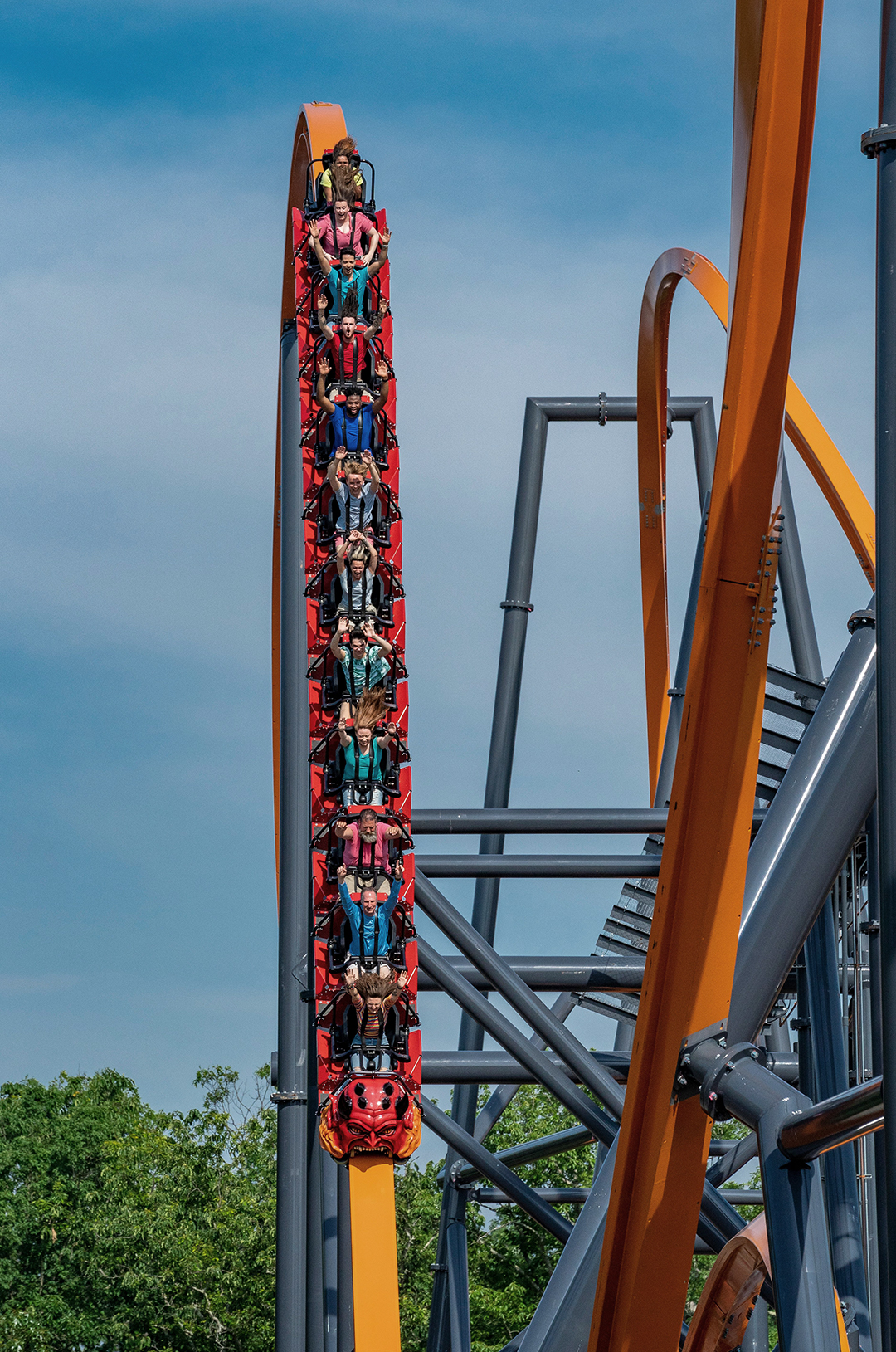 Six Flags Great Adventure
Six Flags Great Adventure (Great Adventure henceforth) is located in Jackson, New Jersey, about an hour drive from New York. With Great Adventure spread over 650,000㎡ and Wild Safari animal park covering 1.4 million㎡, this is the largest Six Flags theme park. It’s also about an hour away from Philadelphia, making it a popular destination for local residents and tourists alike.
Great Adventure has 66 attractions for visitors of all ages. Its 14 roller coasters are hands down the most popular attractions. The great triumvirate of thrill attractions at Great Adventure features Kingda Ka, the world’s greatest roller coaster in terms of its height, drop height and speed ; El Toro, one of the top wooden coasters in height and drop height ; and Nitro, one of the 10 most popular steel coasters since its launch.
Other main attractions include Batman : The Ride, an inverted coaster ; Wonder Woman : Lasso of Truth, which opened in 2019 as the world’s tallest frisbee ride ; and Zumanjaro : Drop of Doom, which drops you from 126 meters high. In particular, Kingda Ka reigns supreme as the ultimate theme park ride. It shoots you almost straight up some 140 meters, or 45 stories, and you will feel dizzy just by watching it from afar. 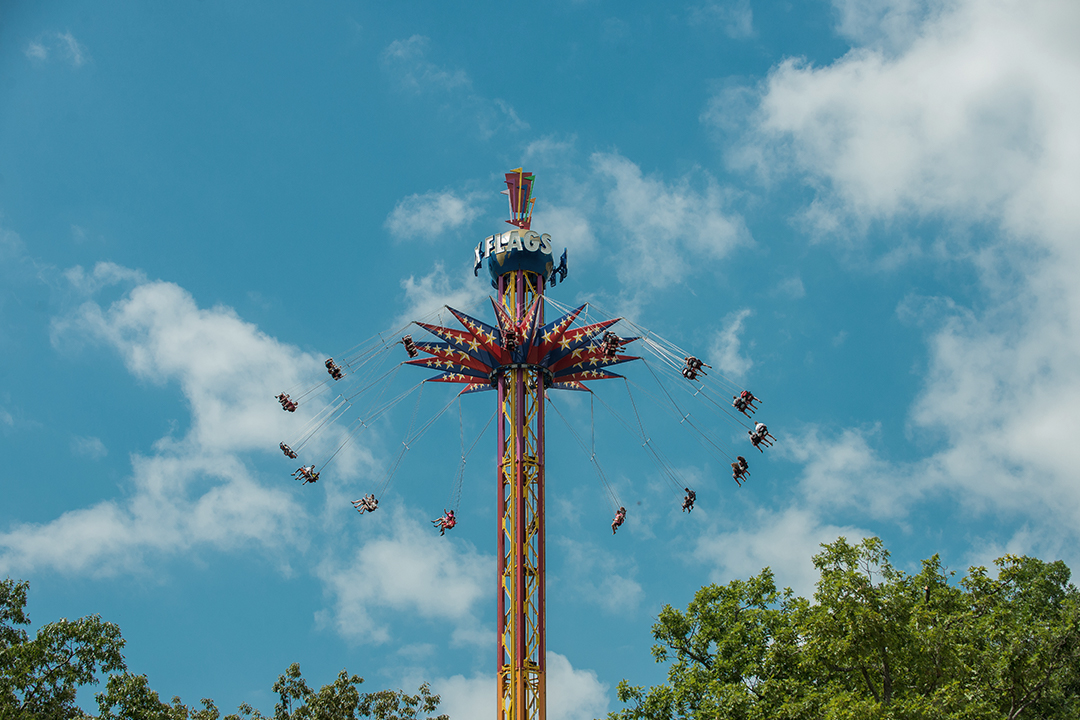 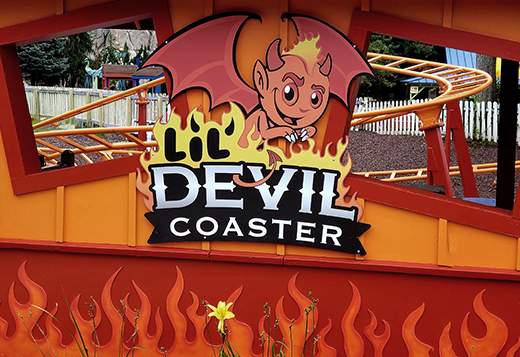 Emblem for the Devil Coaster 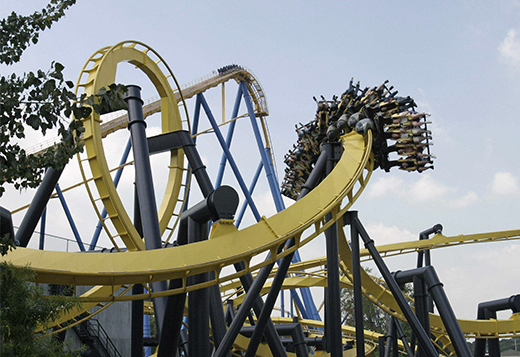 Batman: The Ride, inspired by the DC Comics’ characters

Thrill rides at Great Adventure have minimum height requirements. There are other attractions for young families visitng with children.
Wild Safari Drive-Thru Adventure, boasting over 1,200 animals from six continents, offers a fun trip for families. You can drive some 7km to cut across the safari park and get a close look at wild animals. It’s at once entertaining and even educational for children.
There’s more. Hurricane Harbor is the must-see water park for all family visitors to Great Adventure during the May-September summer season. As one of the largest water parks in America, Hurricane Harbor has some 30 water slides, including Big Wave Racer, Tornado and Geronimo Falls, plus a wave pool, an 800m-long lazy river, and Calypso Springs.
On top of these exciting attractions, Great Adventure runs year-round events to promote itself as the No. 1 destination for thrill seekers. This year, Summer Vibes Festival, where guests can drench themselves in a kaleidoscope of color, will run from mid-July to mid-August. During the September-October period, Six Flags will celebrate Halloween with its signature Fright Fest. If you want your days filled with thrill and fun, be sure to plan your visit during this window. 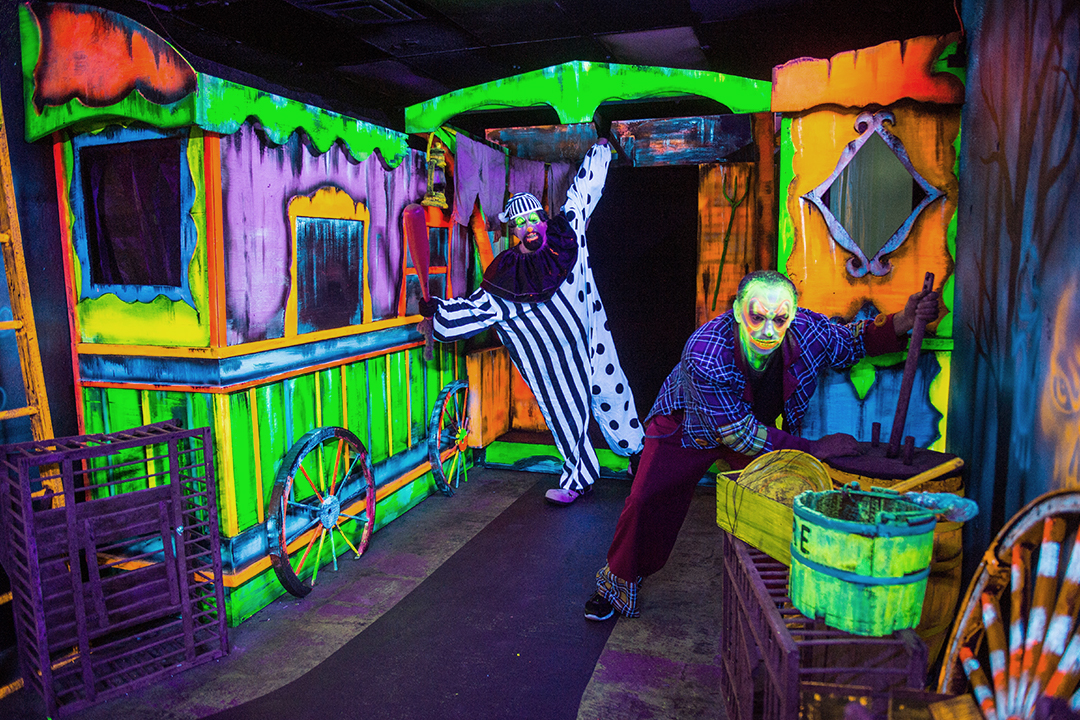 On top of attractions, scary festivals and safari are also popular. 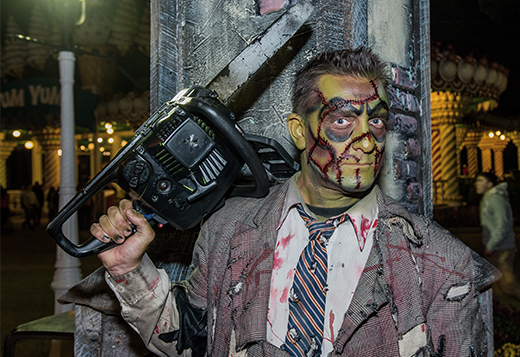 How to Make the Most of Your Visit to Great Adventure
Great Adventure brings you different types of fun and thrill depending on the time of year. On weekends and during summers, though, it will get especially crowded. To best enjoy as many attraction as you can, visit on weekdays and avoid school holidays. Arrive early in the morning to avoid a big crowd gathering later in the day. At Wild Safari, it is also less busy during the morning hours, and you will see more animals in action then. To avoid long queues at popular attractions like Kingda Ka and El Toro, try The Flash Pass. The seasonal pass doesn’t come cheap, but it will cut your wait times by 75 percent to 90 percent. Buying this pass will be an efficient way of getting around Great Adventure even on a busy day. 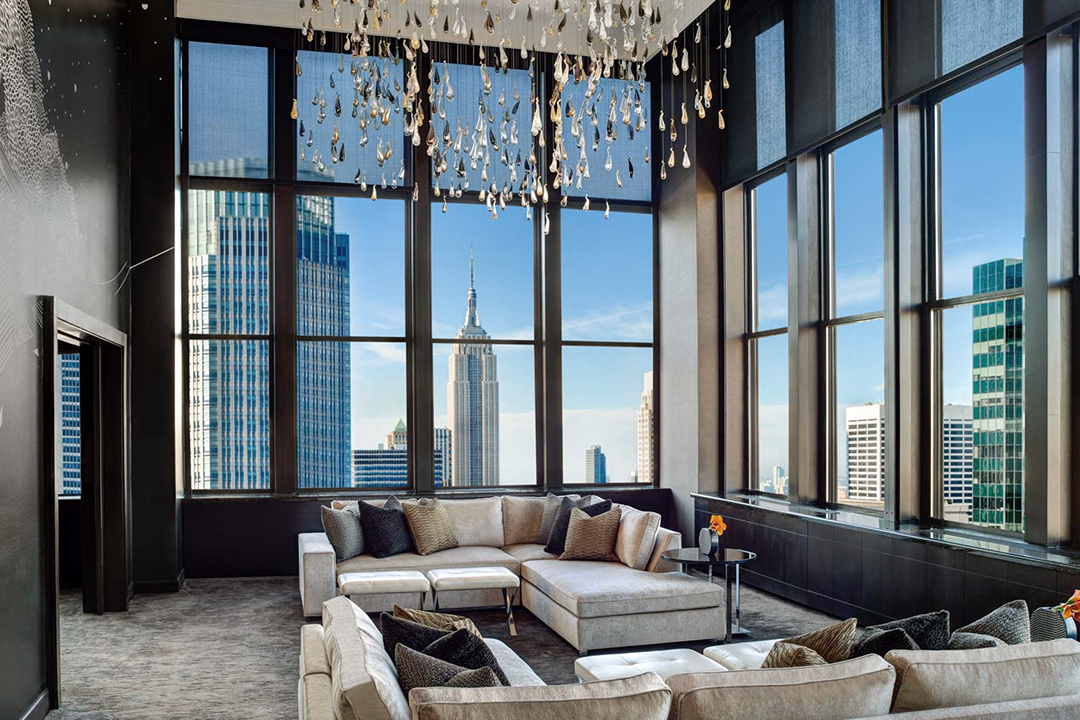