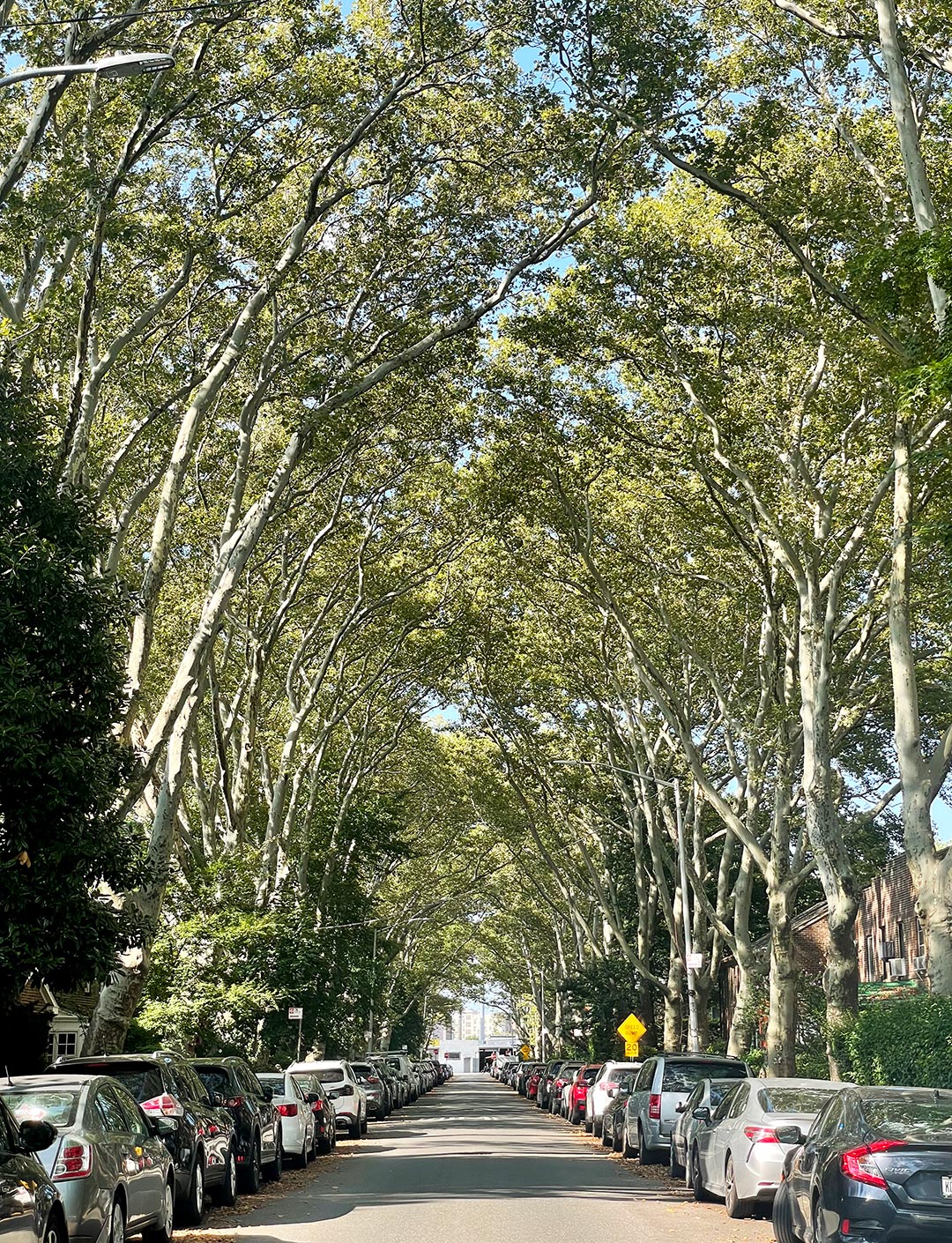 Favorite walking trail?
I usually walk around communities such as Sunnyside Gardens. It has so many trees that you will feel like you’re walking inside a forest. You can even see fireflies during summer. And it’s home to so many different ethnicities that it’s called a small New York, and it also has a wide range of restaurants serving cuisines from different countries. People come from all over the place just for food. It’s sort of a hidden gem for the locals.
· Sunnyside Gardens 49-01 39th Avenue Sunnyside, NY
Favorite gallery and bookstore?
I love Queens Museum. I go skateboarding at Unisphere right in front of the museum and stop by often. The signature piece there is ‘Panorama of the City of New York.’ As for the bookstore, I usually go to the art book store inside MOMA PS1. You can check out even more volumes at the annual book fair.
· Queens Museum Flushing Meadows Corona Park, Building, Queens, NY
· MOMA PS1 22-25 Jackson Avenue, Long Island City Queens, NY 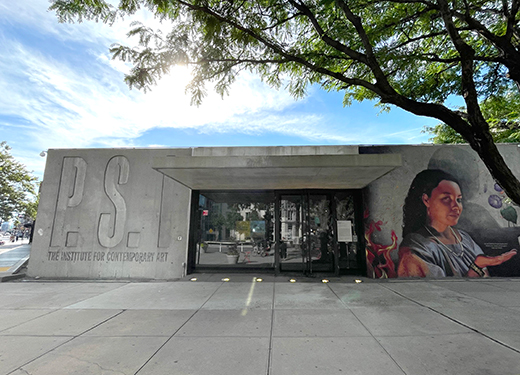 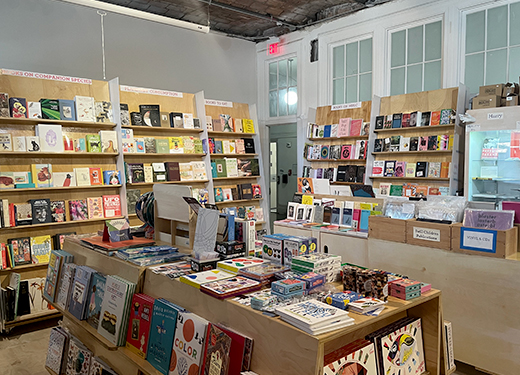 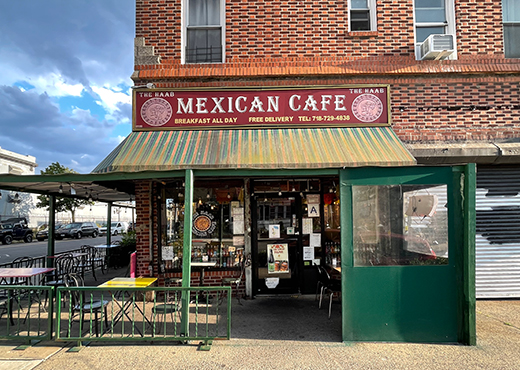 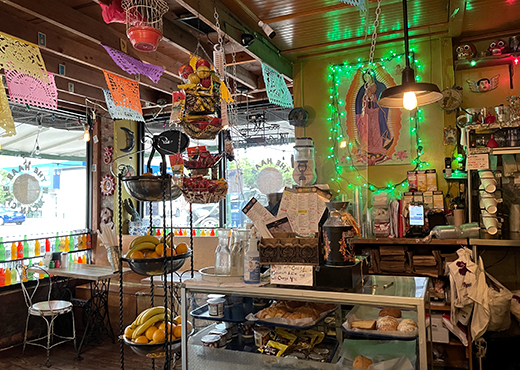 New Yorkers love their brunch. Your favorite brunch spot?
My favorite is Café Henri. You always have to wait in line at this French café, but literally every item on the menu is great. I recommend the mussels with saffron.
· Café Henri 1010 50th Avenue, Queens, NY 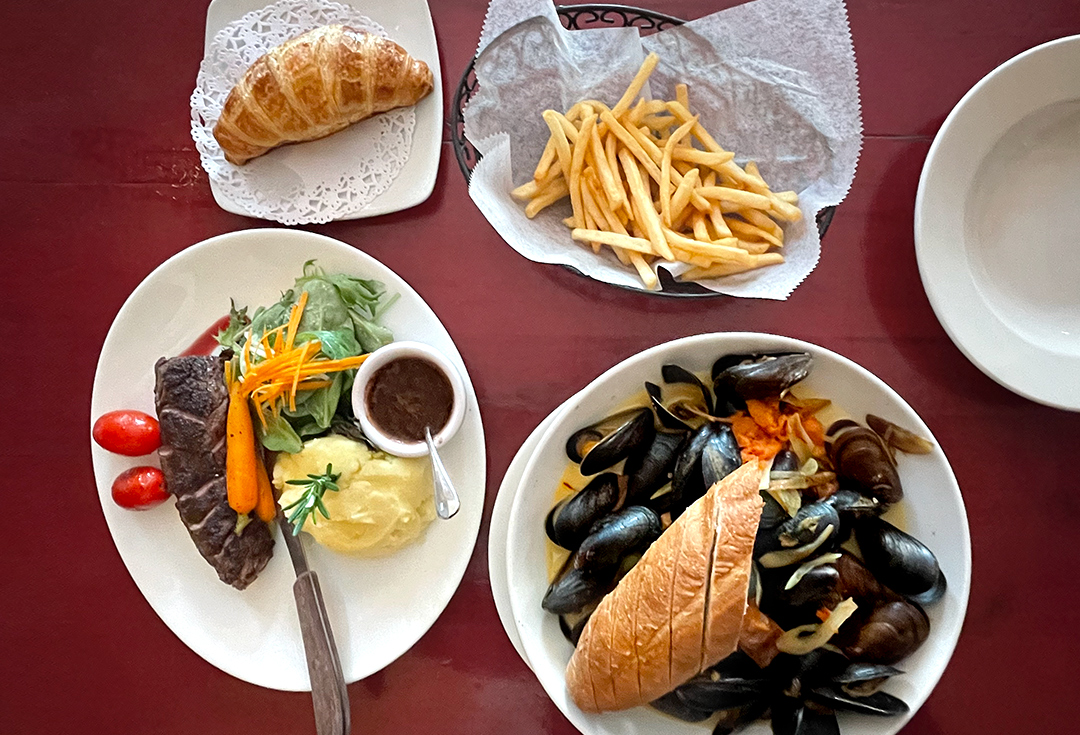 Things to do in Queens on weekends or holidays?
Pack your lunch and take your picnic mat to Astoria Park. You can just relax while looking out toward the East River, or use the skate park, running track or swimming pool there. It’s a great place for outdoor activities.
· Astoria Park 19 19th Street, Astoria, NY 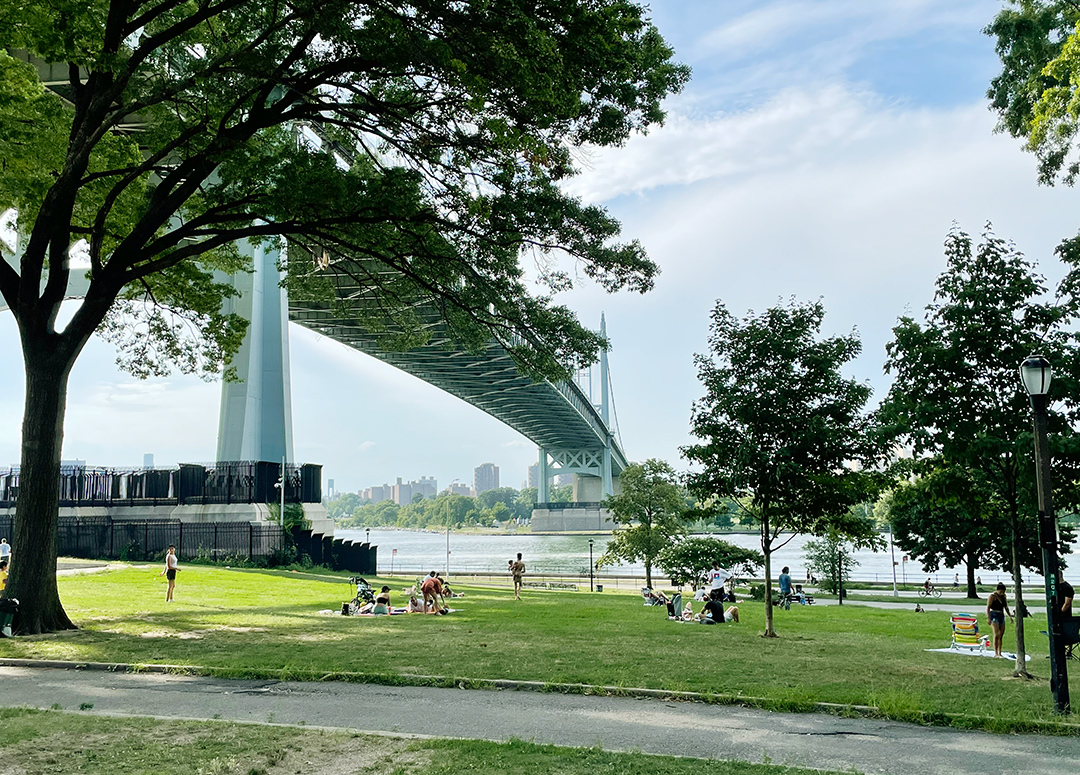 Where to go for the quintessential view of Queens?
I would recommend Flushing Meadows Corona Park. It was built for the 1964 World’s Fair. It features the Unisphere, Arthur Ashe Stadium, which hosts the U.S. Open, and Citi Field, home of the New York Mets in Major League Baseball. It’s an important place in Queens history with all the major landmarks.
· Flushing Meadows Corona Park Between Grand Central Parkway and Van Wyck Expressway, NY
How to make the most of a trip to Queens?
You should ride a bike around the city, and do so slowly. That way, you will be able to uncover jewels of Queens. 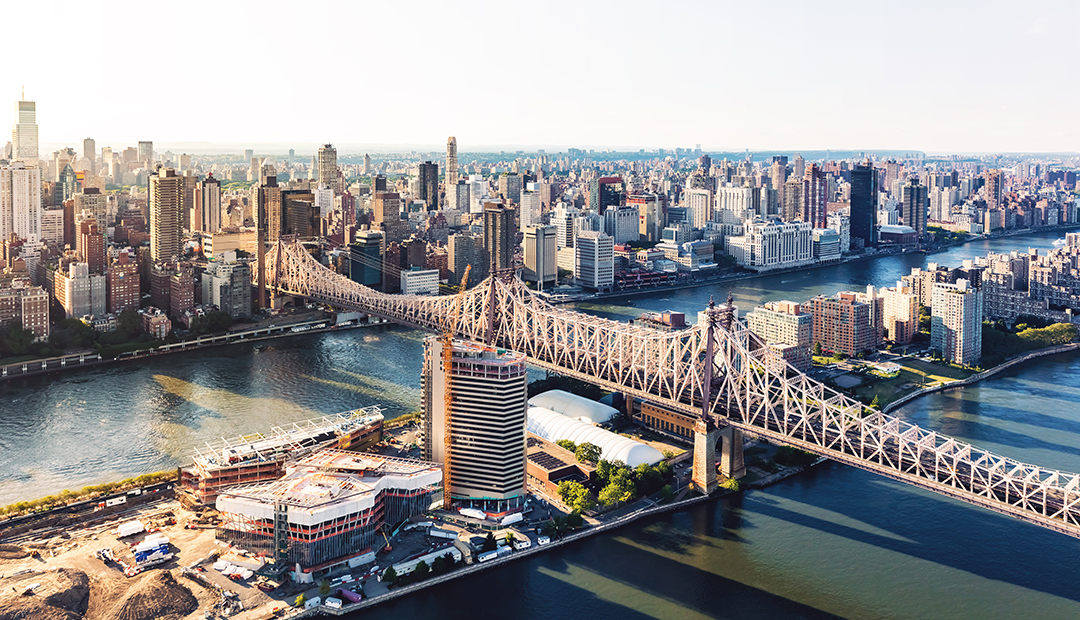 About Insider: How Ceramicist Jeongyeon K. Lim Spends Her Time in Queens
‘Dumbeong buncheong’ refers to a ceramic technique that entails dipping ceramic ware into white slip (a mixture of water and white clay) or brushing it with white clay. After this traditional, quintessential Korean process, you will get a natural piece of ware with a bit of rough texture. The specialty coffee brand Blue Bottle took notice of ‘Haejeong Candle,’ made by Lim with the deombeong buncheong technique. Blue Bottle offered to put the candle, with its natural-looking texture, however coarse or rough, on sale at its cafés. It’s also a practical product, because once the candle is burned, the ceramic vessel can be repurposed as a cup. 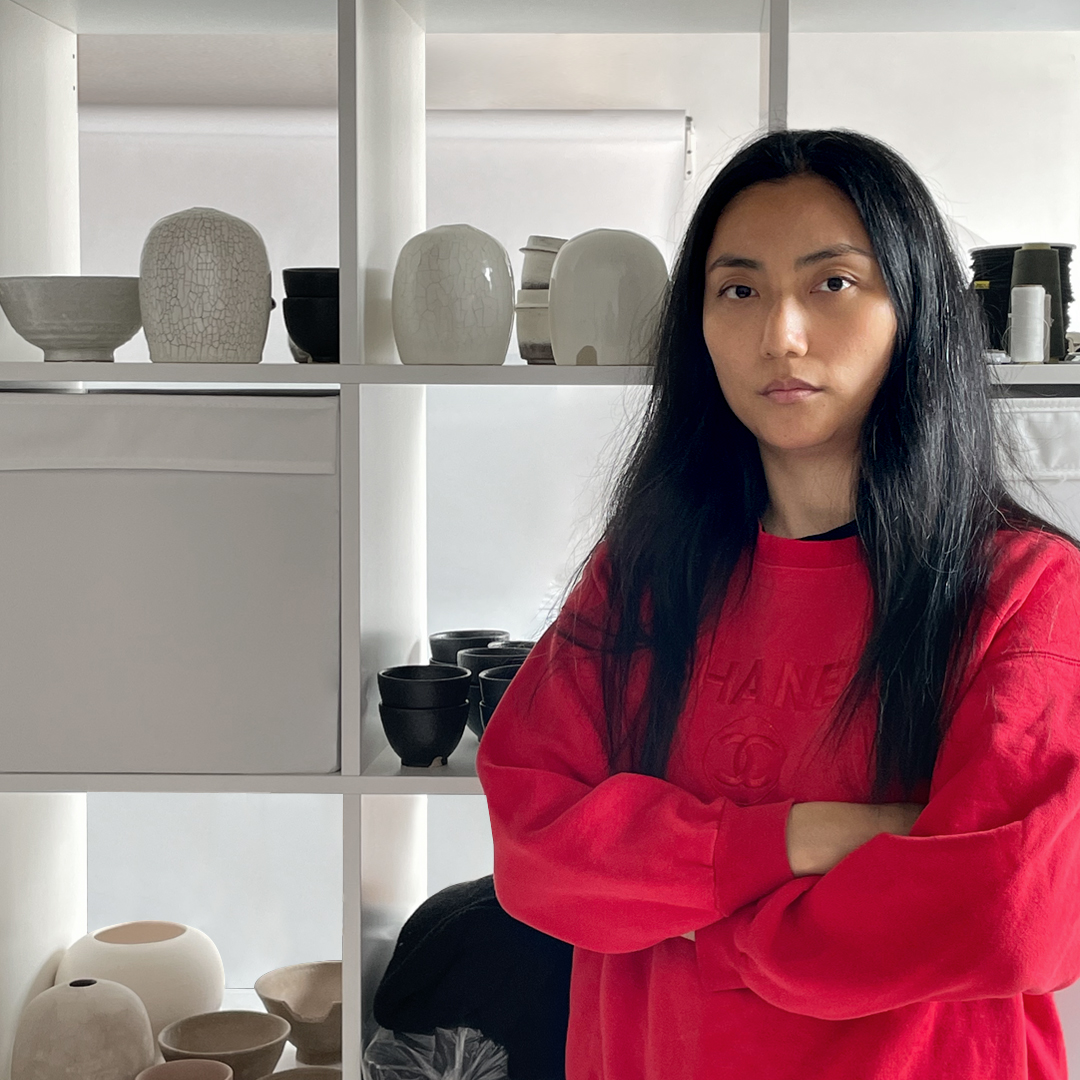 Based in New York, Lim got a late start in her craft. Though she majored in crafts at university, it wasn’t until her 30s, after she’d moved to the United States, then Lim embarked on a career in ceramics. Her bowls and moon jars, with deep cracks and glaze marks all over, can seem almost refreshing to unbiased eyes. Lim has been fielding a lot of requests for work, and more and more people are noticing her ceramics.
We spoke with Lim, who works out of a coworking studio near Queens, about her career and her home city. 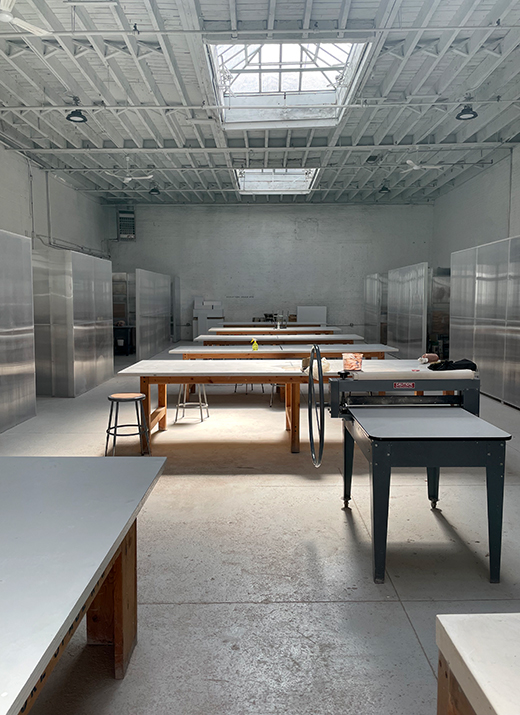 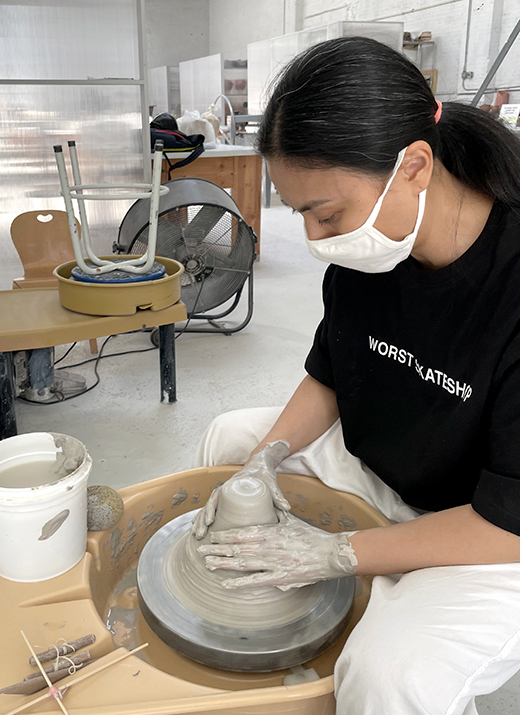 Jeongyeon K. Lim at work inside a co-working studio

Q. What was your first impression of New York?
A. It felt similar to Seoul. It was overflowing with people and cars, and everything was chaotic. When I first moved, I was worried about the new life in the city, and didn’t necessarily have hope or anticipation for the future. I was quite intimidated by New York.

Q. How did you end up becoming a ceramicist?
A. I felt so lonely living in a new country, after moving here rather late in life. I was just going through the motions and I couldn’t get out of a dark spot. Then I stumbled upon ceramics. The more I learned about it, the more interesting it became for me. It was therapeutic in a way.

Q. You produced some distinctively Korean pieces, like maksabal (a bowl for everything) and moon jars.
A. You can easily find those in Korea but in New York, they just felt so precious and special. I naturally gravitated toward them when I first started in ceramics.

Q. Your moon jars have cracks on the surface, and your pieces have some unique finishing. Can you briefly describe your process?
A. I apply engobe on the surface repeatedly. Depending on the type of clay and the density of engobe, cracks and fractures can appear in different forms. I find those elements fascinating. 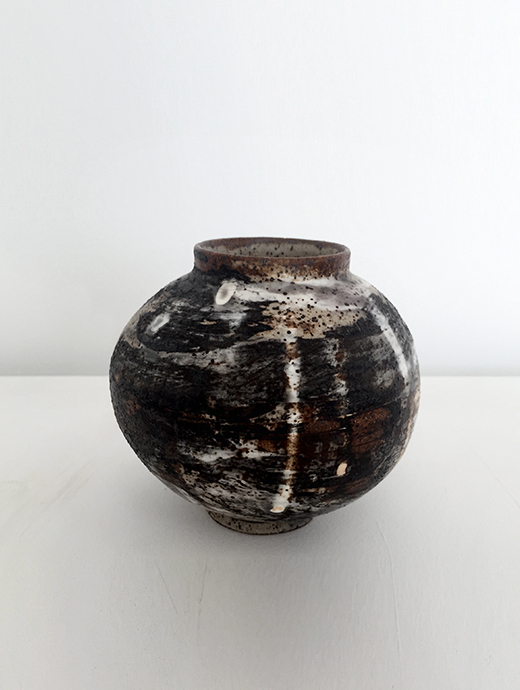 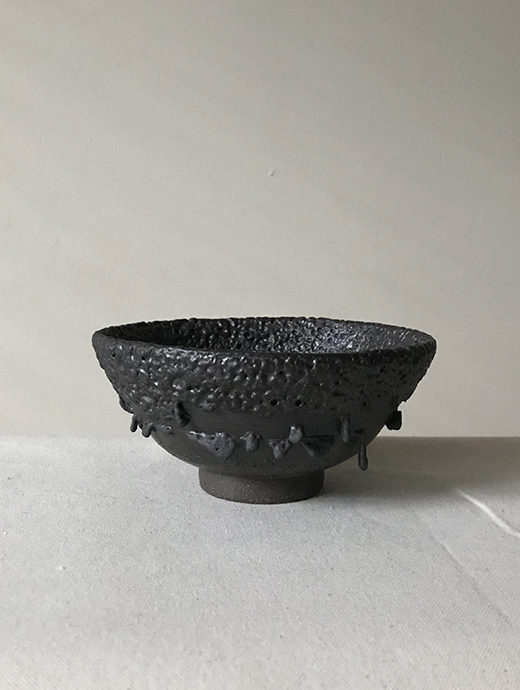 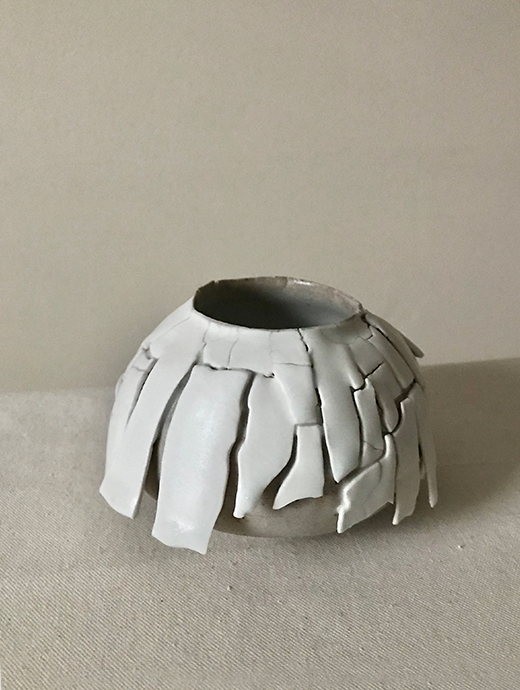 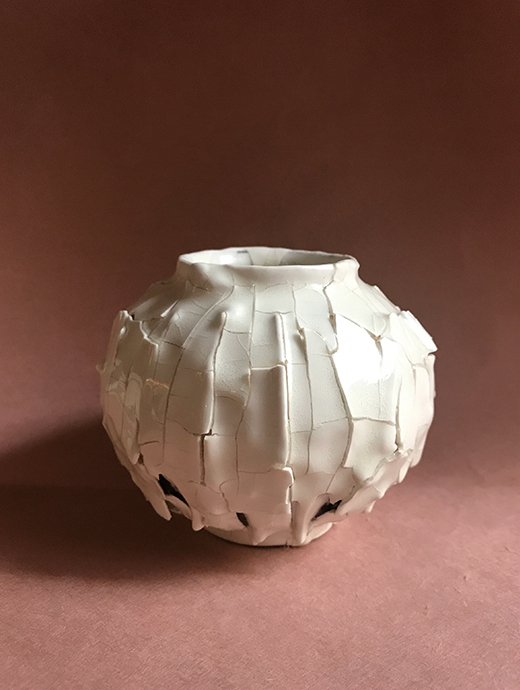 Q. What are the sources of your inspiration?
A. I am so inspired by the things that I see and feel in nature and in everyday life. I especially enjoy the winter scenery with snow. I think snow can be a dramatic element in and of itself. And whatever my child takes an interest in gives me a ton of fresh ideas.

Q. How do Americans take to the word ‘buncheong’?
A. In New York, people still associate ceramics with Japan, and kohiki is a more familiar term for them than buncheong.

Q. Why do you work out of a coworking studio? And what are some benefits of doing so?
A. I only do small bits of work at a time, and so going to a coworking studio was a must, not a choice. I was lucky that there was one near my place. And because many other artists all work in the same space, we can all learn from one another. 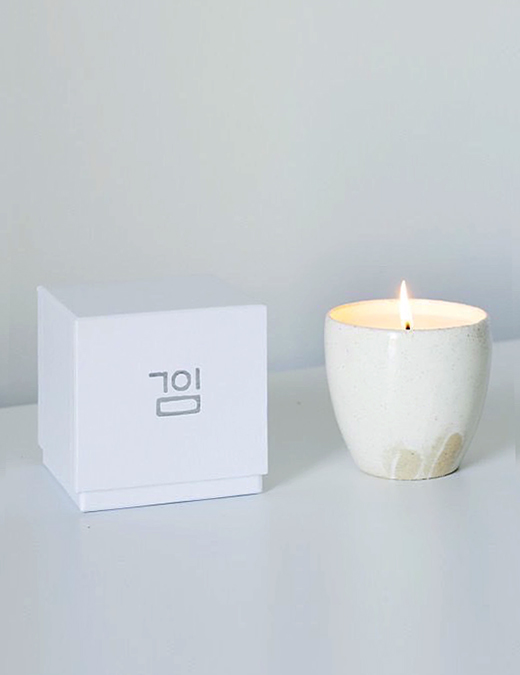 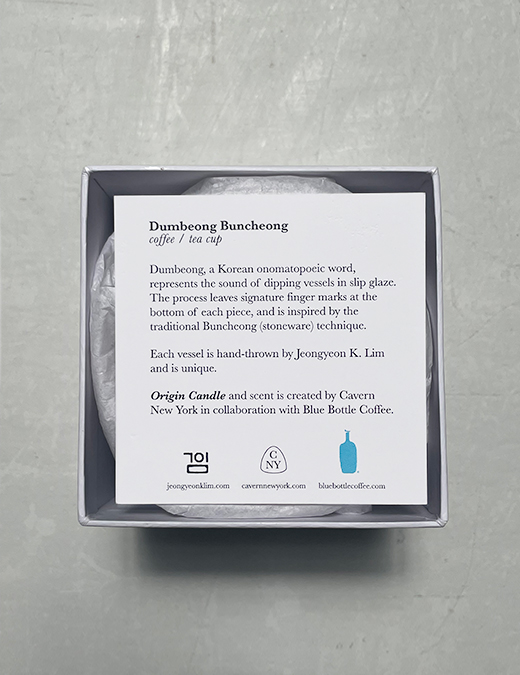 Q. Your recent collaboration with Blue Bottle made headlines in Korea. What makes that candle so special?
A. In sum, it’s both traditional and practical. Once the candle is burned, the vessel can be repurposed as a coffee cup. And I gave my own interpretation to the traditional technique of dumbeong buncheong.

Q. How did you end up working with Blue Bottle? And What were you trying to accomplish in that project?
A. Blue Bottle reached out after seeing ‘Haejeong’ candle. It was collaboration with Cavern New York, famous for luxurious candles and niche perfumes. I decided that I wanted to promote virtues of our traditional dumbeong buncheong technique. It took a lot of hard work to get them on the same page, but in the end, the final product came out exactly the way I wanted.

Q. Where can we find your works, online or offline?
A. You can visit my website jeongyeonklim.com, or check out cavernnewyork.com and afternoonlight.com.

Q. Can you share some fond memories from your past trips?
A. I went to Tenerife of the Canary Islands in Spain during one winter. A tall mountain stands in the middle of the island, and there was a blizzard at the mountaintop. But down at the beach, people were swimming. It was like seeing four seasons in one view, and that has stuck with me for a long time.

Q. Tell us about a book, a song or an exhibition that you enjoyed lately.
A. I borrowed a children’s book called from a library. It’s about friendship between the main character and a snowman, and it was really the story of life. I think it’s almost a better book for grown-ups.

Q. What are your plans for the future?
A. I am putting together a few projects and working on the next version of Haejeong candle. 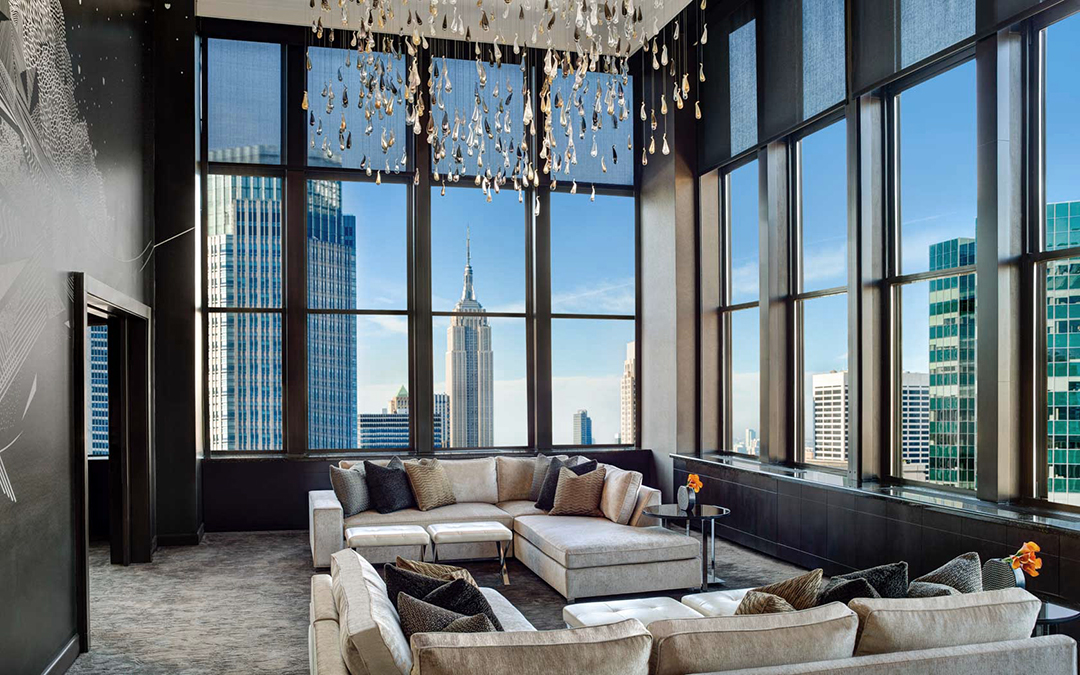