Where Jeju’s Autumn Peaks, Sangumburi
We visited Sangumburi, among several locations in Jeju Island well-known for silver grass. When the fall season ripens in October, a rich gold tone paints the entire field there.
It is undoubtedly silver grass that represents autumn in Jeju. Once silver grass fields turn gold along the mountain roads across Hallasan Mountain, it is high time to enjoy driving through the scenic route. Come October or November, you can easily find silver grass patches anywhere around mid-mountain areas or oreums. Silver grass grows hidden among other plants during spring and summer, and eventually reveals itself after its soft ears pop open in fall. 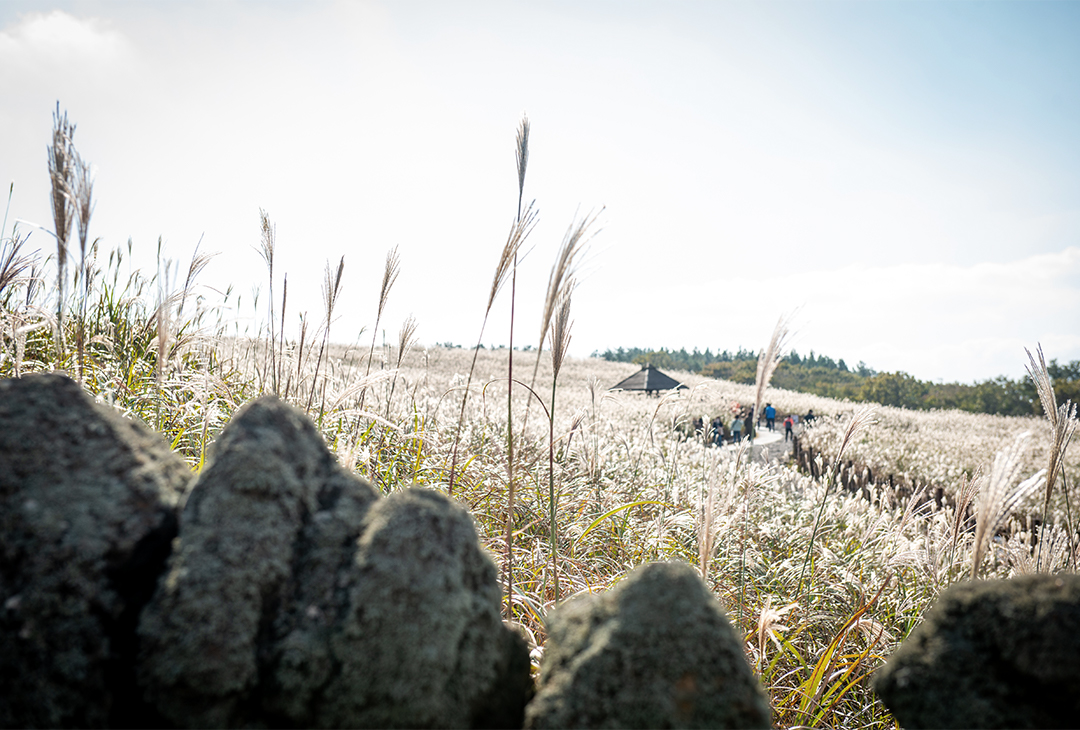 Sangumburi’s Trademark, Silver Grass
Many tourists visiting Jeju in fall would often recommend Saebyeol Oreum, Akkeun Darangshi Oreum, and Sangumburi for a great spot to view silver grass in full bloom. Saebyeol Oreum, being close to Pyeonghwa-ro that runs through the western part of the island, is a convenient stopover if you are traveling between Jeju-si and Seogwipo-si. During the silver grass season, large crowds gather around the oreum, forming a long row of hikers trekking along the trail to reach the top. Akkeun Darangshi Oreum is a relatively small, low-lying oreum opposite Darangshi Oreum. Although it does not take as much time to go up to the peak, the trail is underdeveloped and rather steep. You can still enjoy the silver grass scene quietly by walking around the volcanic crater atop Akkeun Darangshi Oreum.
Sangumburi is the safest and bona fide travel destination worth recommending to anybody visiting Jeju in autumn. 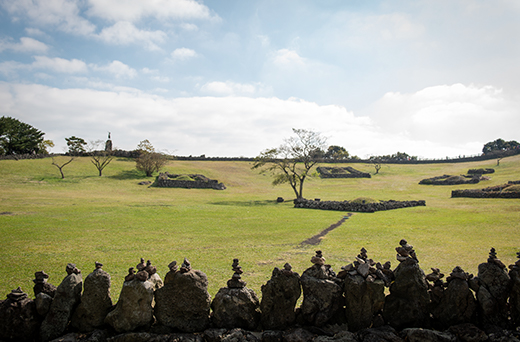 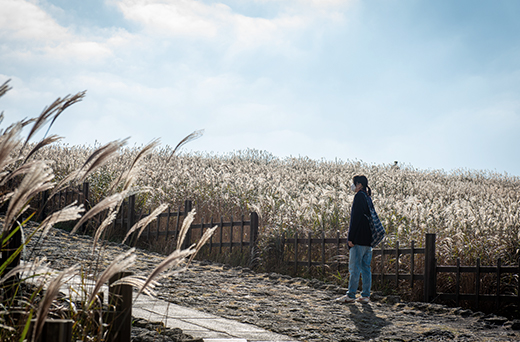 Gumburi, in Jeju dialect, refers to a ‘volcanic crater’. Most of the oreums have craters of similar, or varying shapes, yet the one on Sangumburi is extraordinary. It was designated as a natural monument in 1979. Unlike craters in other oreums, it features a sizable pit on a low-lying flatland. The outer perimeter reaches 2,700m while the inner hole measures 750m, and the depth of the crater is 132m, greater than Baengnokdam Crater Lake on Hallasan Mountain. Its floor is estimated to be 300,000㎡. Also in contrast to other ones, at Sangumburi, the volcano erupted without emitting much lava and ash. Such an explosion of steam crushed the overlying rocks and blew them away, leaving just a broad, shallow hole, which is called maar. Sangumburi is the only maar in Korea. Worldwide, there are a few other maars in countries like Japan and Germany. 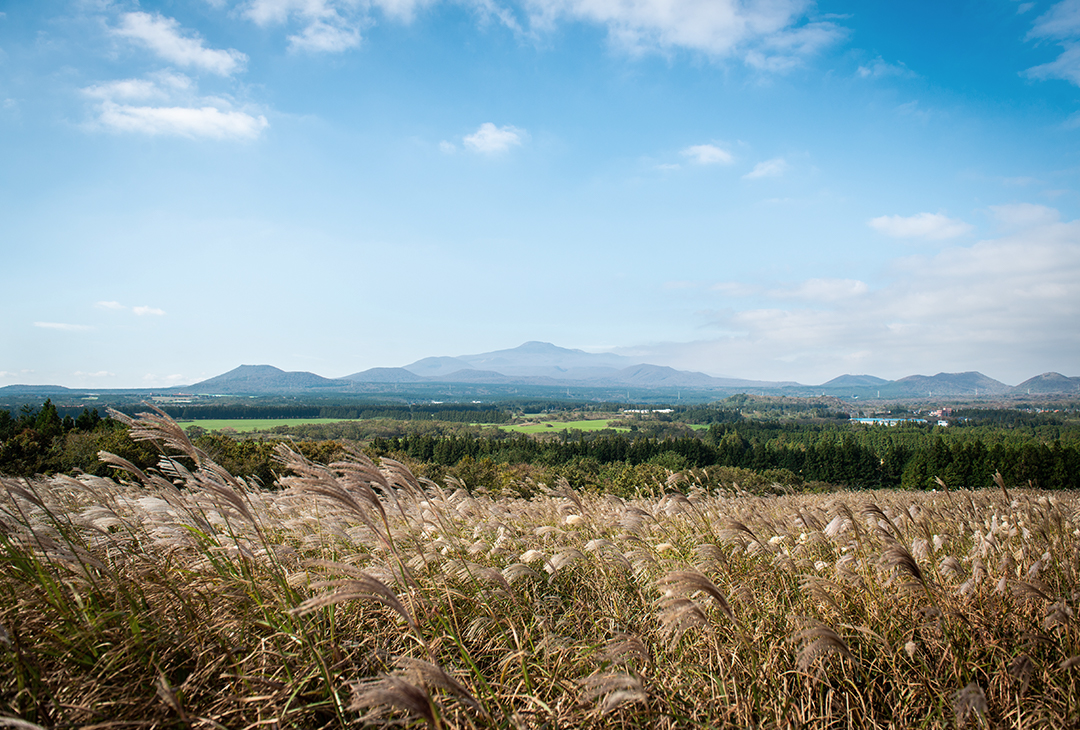 Nature That Makes Sangumburi Singular
The expansive crater viewed from the Sangumburi observatory is marvelous at all times. The mysterious forest filling the gaping hole makes you wonder what kind of creatures build their homes there. It is such a rare experience to look down on a forest from higher up, you may momentarily feel like a bird. Imagine yourself as a bird gliding into the entrance to a volcano and exploring the lush green space on your own. You may be surrounded by flora and fauna that have yet to be known.
In fact, the plants growing in the crater provide crucial data in studying the geographical distribution of plants. The crater floor absorbs water instantly, and the amounts of solar radiation and sunshine vary according to the height and direction of the hole. The coexistence of both temperate and warm climate zones explains a large variety of flora dwelling in such an unusual location. In particular, being in an inaccessible area means rare tree and flower species in the crater are well-protected from human touch, which raises their value as scientific research materials. Wild animals such as roe deer, badgers, birds and reptiles form habitats there as well. Sangumburi’s forest is indeed full of wonders. 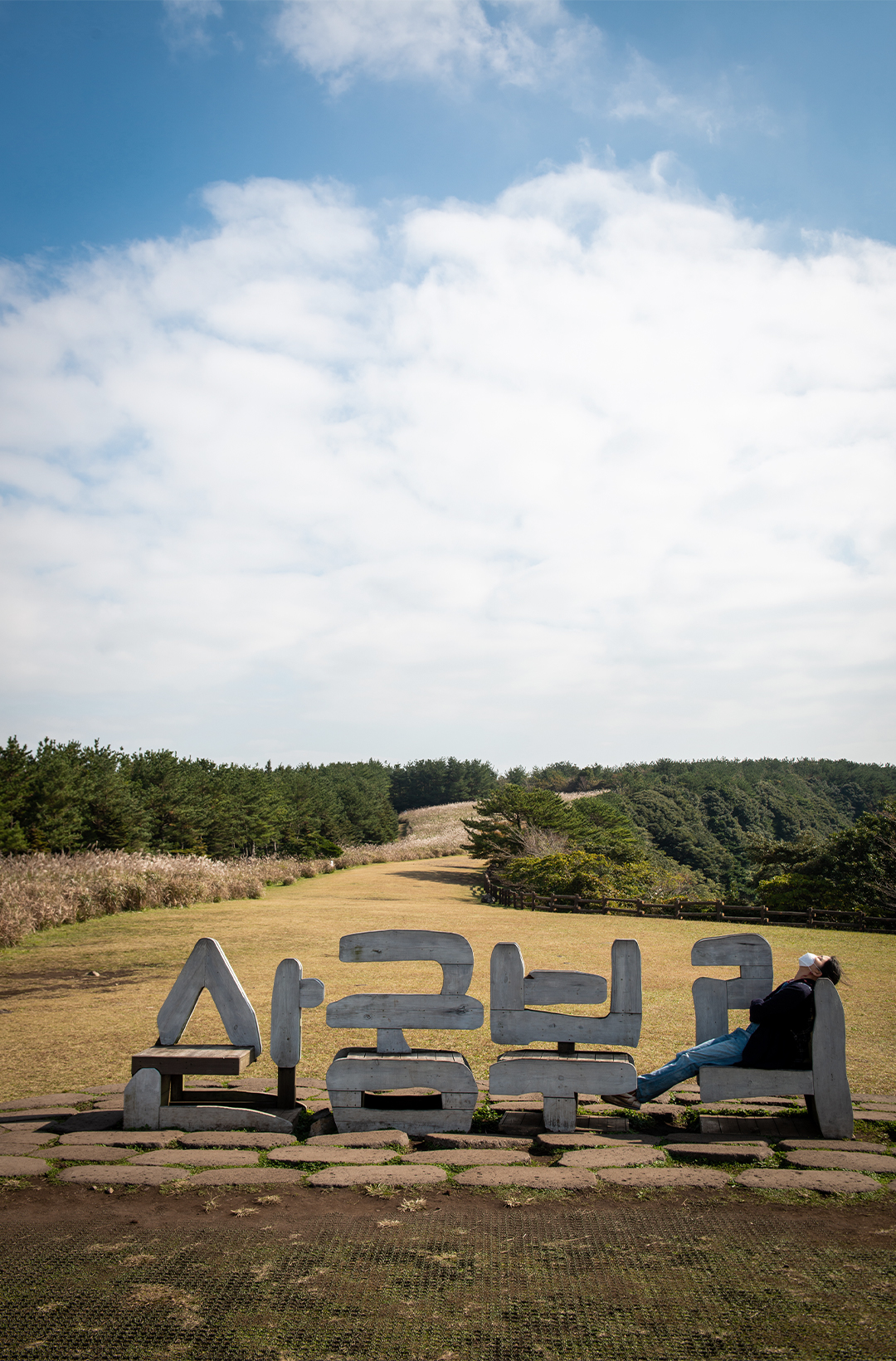 It takes less than 10 minutes to walk from the entrance to Sangumburi to the crater observatory. The well-maintained trail offers easy access to the peak for seniors, young children, and visitors with disabilities. In autumn, the entire trail is surrounded by silver grass that swings to the wind, and before you even notice, you are pausing briefly to take a photo against the backdrop of glistening, dancing meadow.
There are a number of whimsical photo spots at Sangumburi. Sometimes called a little botanic garden, the crater park has Korean firs all over the place. These trees are known to produce the most amount of terpene, which is the main chemical making up phytoncide believed to have diverse health benefits such as reducing stress, strengthening cardiopulmonary functions, and treating atopic skin conditions. When you walk along the Korean fir-lined street, you will find yourself naturally taking deep breaths. You will be able to finish touring all of Sangumburi via various trails such as Eoksae-gil, Gusangnamu-gil, and Jejudol-gil in less than an hour.
Sangumburi is a paid oreum facility with a spacious parking lot and convenient trails for strollers and wheelchair users. You can also select the accompanied tour guide program to learn more about the crater. 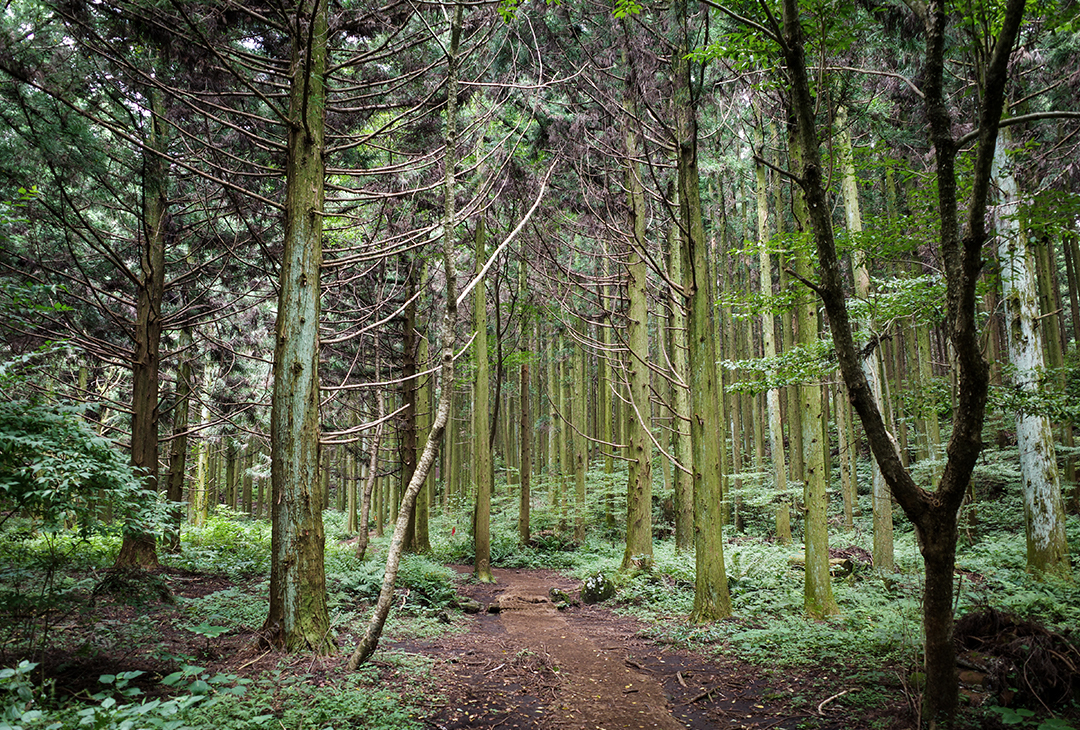 Samdasoo Forest Road
For those who regularly enjoy walking, the Sangumburi trail may feel a bit short. If you are one of them, try taking a walk along Samdasoosup-gil right nearby. You will be able to bask in solitude there as it does not have too many visitors. The forest of Japanese cedars is truly magnificent. There are three hiking courses, from course number 1 to 3, covering 1.2km, 5.2km, and 8.2km, respectively. You can choose a preferred course appropriate for your itinerary and level of fatigue. The road signs are often useless, however, because of the mudslide blocking parts of the trails. Visitors are advised to wear hiking shoes or running shoes in addition to long pants. 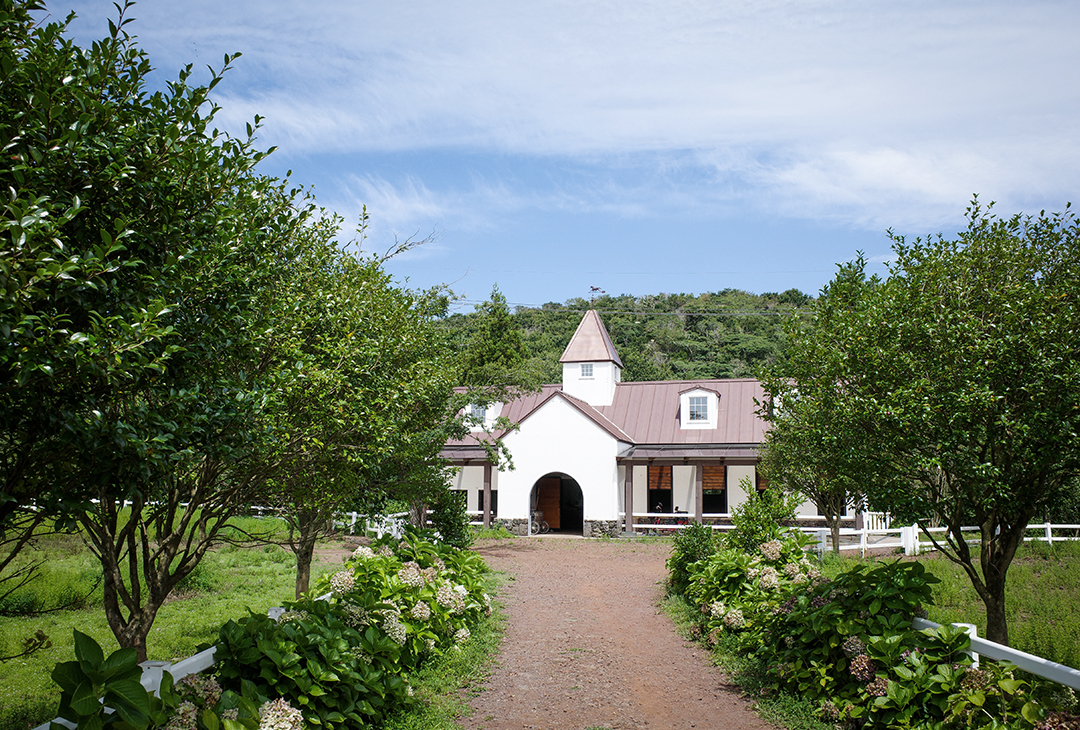 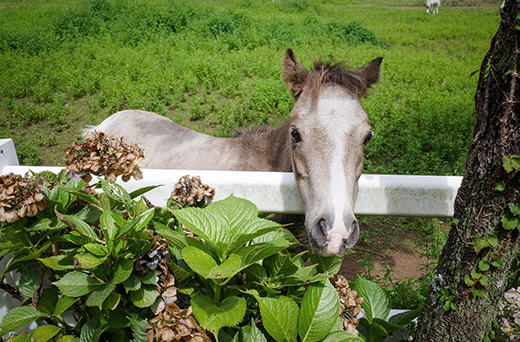 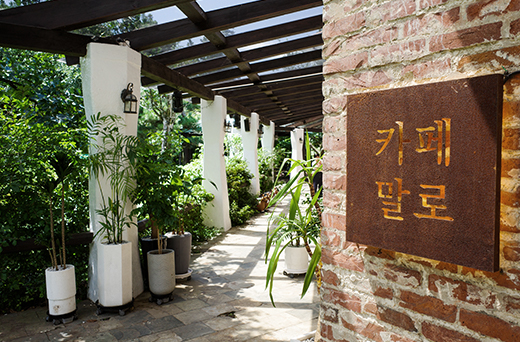 Malo
A café located near Sangumburi. Most of the customers would sit out in the garden instead of staying indoors. An expansive garden is equipped with tables and chairs, making it easy for visitors to relax as they look at the sky and the surrounding trees. Some people choose the café to see its ‘ranch’ where ponies, goats, and alpacas are being raised. The animals at the ranch mostly get along well with visitors engaging in various activities alongside them. The business welcomes children and pets as well. Just remember that the animals clock out at 6pm. 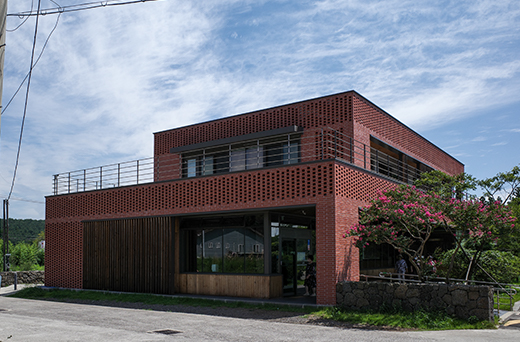 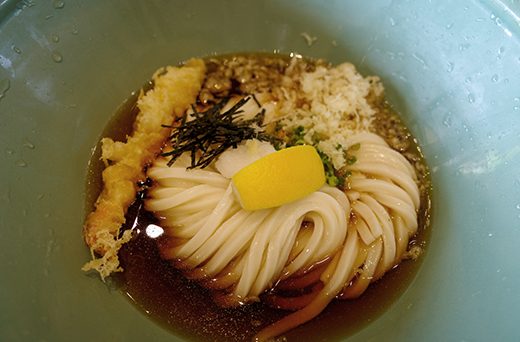 Udon Kaden
A Jeju branch of Udon Kaden run by chef Jung Ho-young. The restaurant has over 20 udon dishes on the menu. Their udon noodles are springy and chewy, and their side menu such as futomaki is also delicious. An advance booking is a must if you want to get a table here. It can be done through an app starting at 6pm on the eve of your planned visit. You are also required to pre-order food then, so make sure you read the menu before booking. At the restaurant, the basic udon dish can be replaced but it is not guaranteed. Additional orders can be made on the site.The restaurant is spacious with plenty of sitting, so getting a table is not too competitive. You still should book a seat not too much later than 6pm. 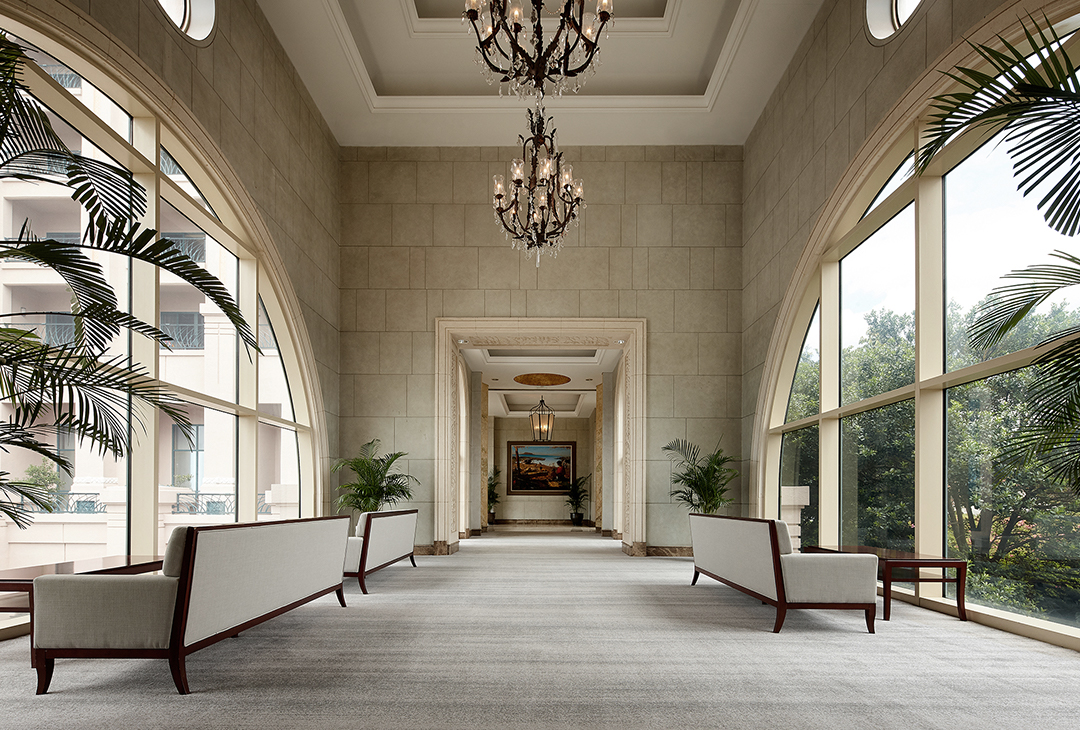