Greater Relaxation and Activity Choices at LOTTE HOTEL JEJU
LOTTE HOTEL JEJU is undergoing a welcome change. It has newly opened a large-scale outdoor garden resembling Jeju’s pristine nature and introduced pink, hard tennis courts meeting international standards.
Upgraded Outdoor Garden
There are some upgraded spaces at LOTTE HOTEL JEJU aimed at making everyone happy, including Earth. The hotel now has an outdoor garden more spacious and similar to the island’s natural surroundings. Located in the corner by the outdoor swimming pool where its ‘Volcano Fantasy’ show used to take place, the garden replaces the popular music fountain featuring an artificial dragon with fire breaths to decrease carbon footprint and promote sustainable traveling in line with the ESG management vision by LOTTE HOTELS & RESORTS. 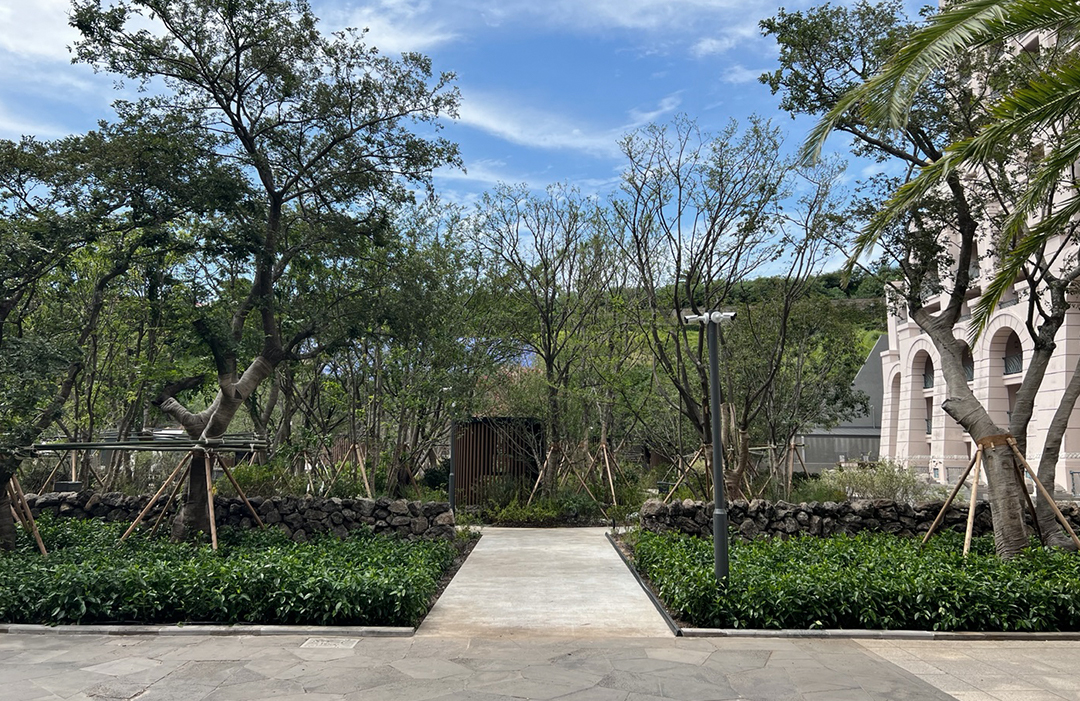 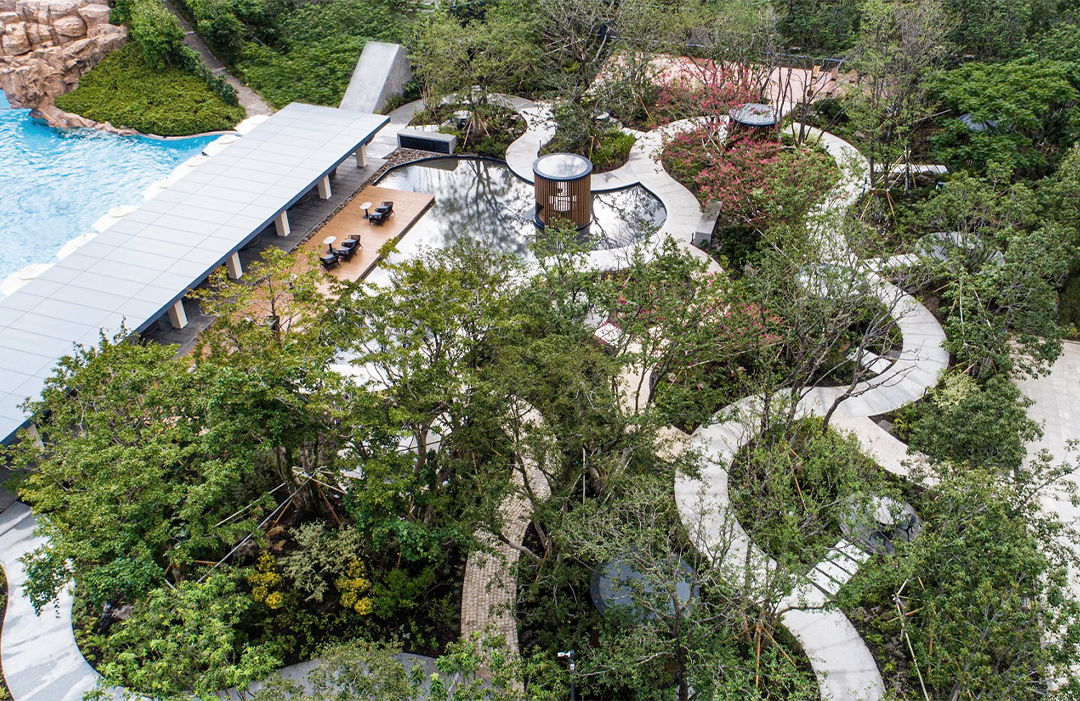 The 3,630㎡-large outdoor garden is expected to be used as a space that provides seasonal charms and experiences to visitors. At the entrance stands a 20m-long, wide canopy to provide shelter against the harsh sunlight and strong winds of Jeju Island. Visitors can comfortably enjoy the landscape under the canopy or host full-scale dinner parties.
The hotel also offers a walking trail equipped with a waterscape Mirror Pond, resting points that blend in with the surrounding forest, and an event hall where yoga classes or music concerts can be held on a more intimate scale. 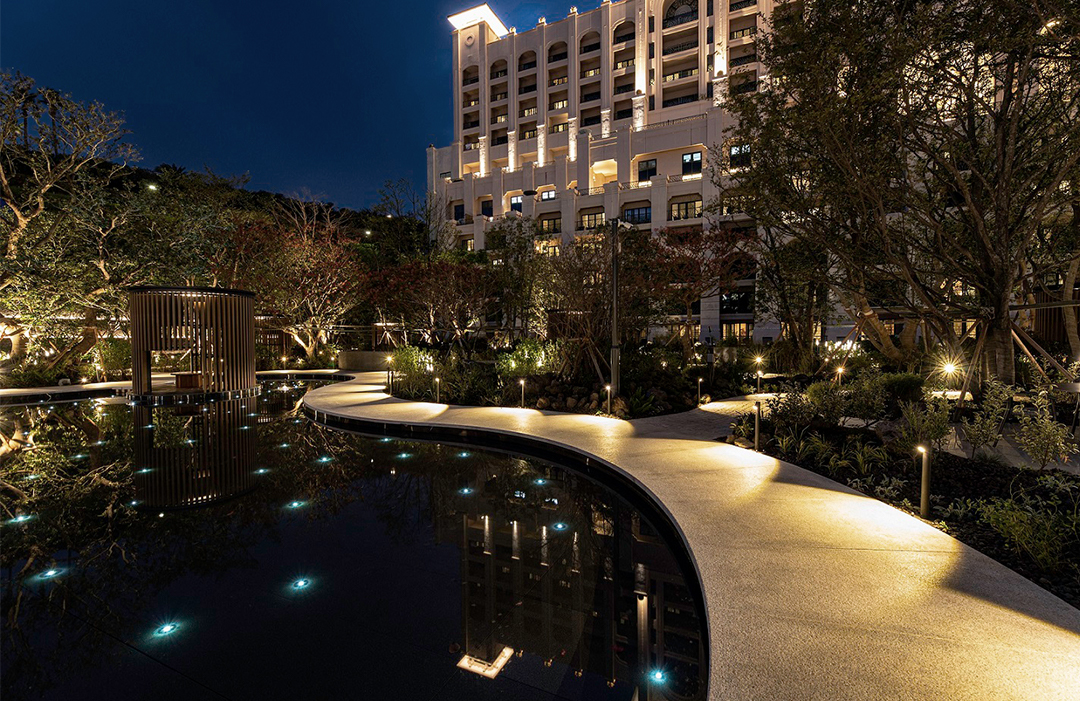 International-Standard, Pink, Hard Tennis Courts
Another new introduction by LOTTE HOTEL JEJU is the outdoor tennis courts. Built in the fitness club’s outdoor space on the 8th floor of the hotel, the tennis courts are a perfect place for the young generations in their 20s and 30s to enjoy the trendy sport. With the rising popularity of tennis among young people, it has become exponentially difficult to book outdoor tennis courts in Korea. So having a beautiful seaside view of the island and LOTTE HOTEL JEJU while playing tennis is a luxury that not a lot of people can say no to.
LOTTE HOTEL JEJU tennis courts offer two hard courts of pink color that meet international standards. The contrast between the pink and blue grounds, and the ensemble of the blue sky and even bluer ocean are reminiscent of the sensuous, colorful tones used in Wes Anderson movies, adding more photo spots to inspire social media users visiting LOTTE HOTEL JEJU. 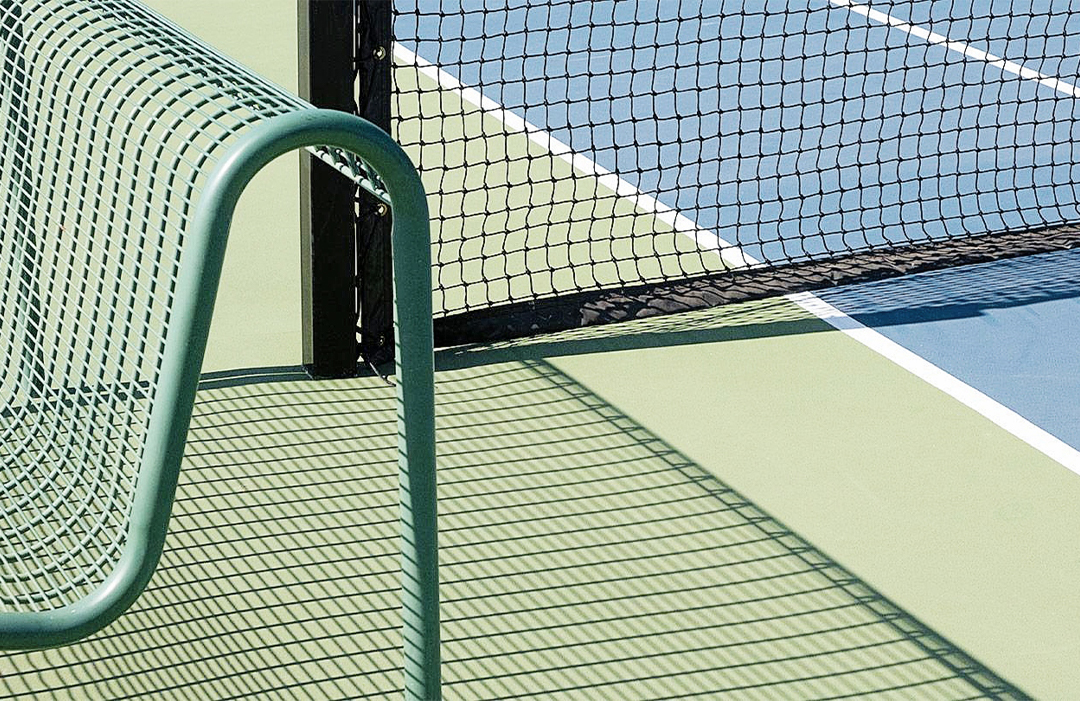 The tennis courts can accommodate up to four players per court. Hotel guests and fitness members pay a discounted rate of 100,000 won for a two-hour session, and other visitors pay 200,000 won. Tennis rackets and balls can be rented for free at the site.
To commemorate the opening of the facility, a special package named ‘L Court is back’ is available by the end of November. The package includes a single-night hotel stay, two-hour tennis court use(max. four players), and entrance to the fitness club for two. Its price starts at 270,000 won. With the addition of breakfast for two at THE CANVAS, the package price starts from 330,000 won.