Four Lotte Hotels in Russia
Lotte Hotel has taken over Russia, with locations in Moscow, St. Petersburg, Vladivostok and Samara.
When you think of Russia, what's the first thing that comes to your mind? It's the largest country in the world that takes up one-sixth of the earth. It has given us great literary minds, such as Leo Tolstoy and Anton Chekhov. What about ballet and Tchaikovsky? Art and culture have long been associated with Russia. Today, Russia has become a tourist destination, thanks to Moscow, St. Petersburg, its second largest city, Vladivostok, the large port town connected with East Asia, and Samara, the Russian cultural hub. 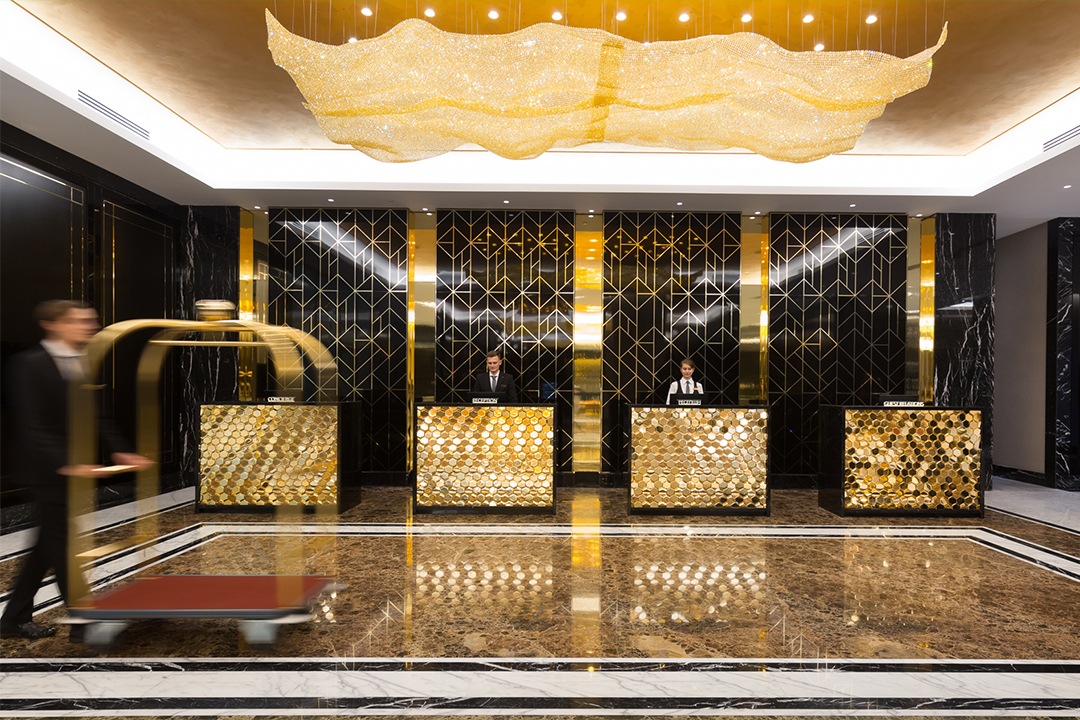 Lotte Hotel Samara, the City's 1st 5-Star Hotel
The Volga River, called the 'axis of Russia,' flows through Samara, which has been the hub of heavy industries, transportation and trade in Russia since the 20th century. It's also known as the cultural and historic center, thanks to Samara State Ballet Theatre and Samara State Philharmonic, plus more than 20 art galleries and museums. And last May, something special happened. Lotte Hotel Samara opened as the city's first five-star hotel, and Lotte's third overseas location that it's running for foreign ownership. It's situated across Kuybyshev Square, the largest square in Europe, and it sits close to Samara State Philharmonic and Samara Opera and Ballet Theatre. It's a great location for tourists. 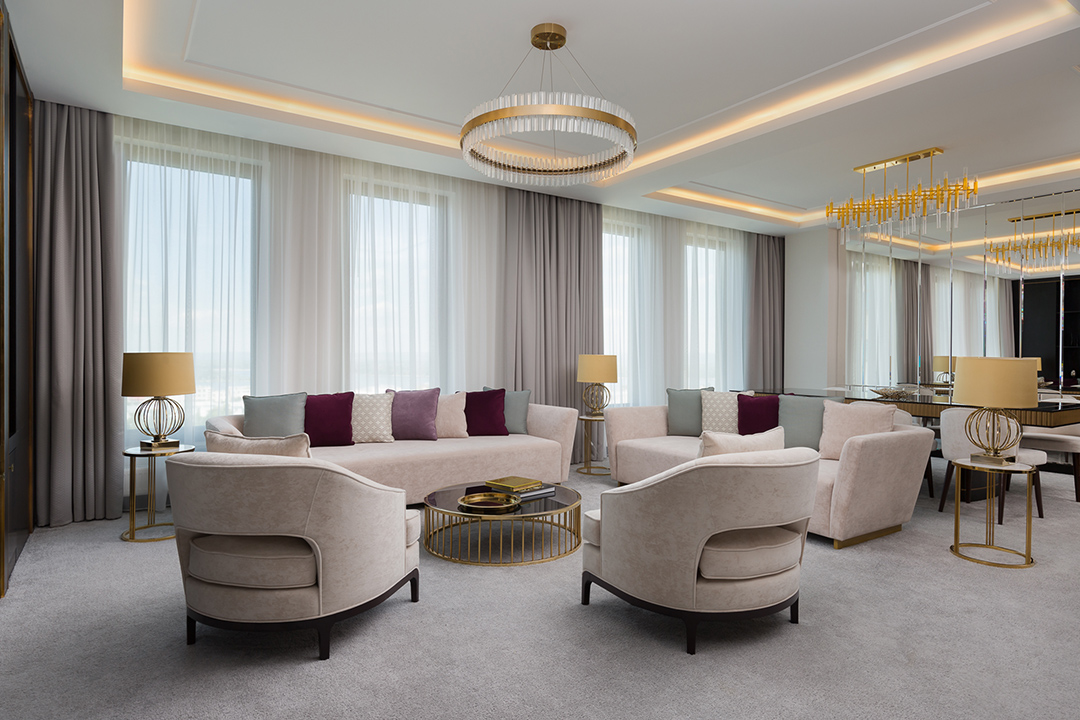 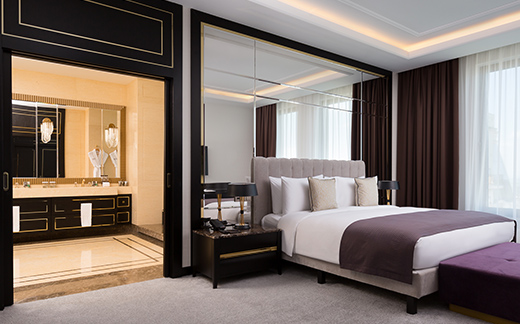 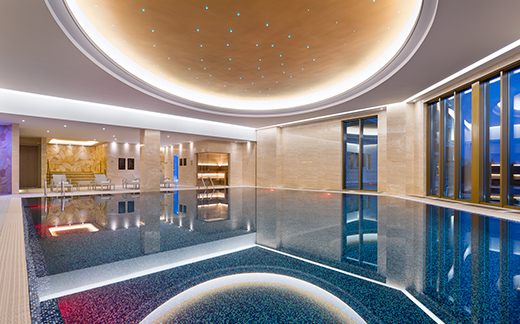 Lotte Hotel Samara has 193 rooms, including Superior, Deluxe, Junior Suite, Suite and Presidential Suite. At 145㎡, the Presidential Suite is the largest hotel room in Samara. The exquisite interior brings a modern reinterpretation of art deco style, and brings the Volga River into the full view. The Crystal Ballroom, the largest of its kind , has the maximum capacity of 1,400, and it's one of 12 banquet halls. The hotel also has the wedding hall, the luxurious indoor swimming pool and fitness center. 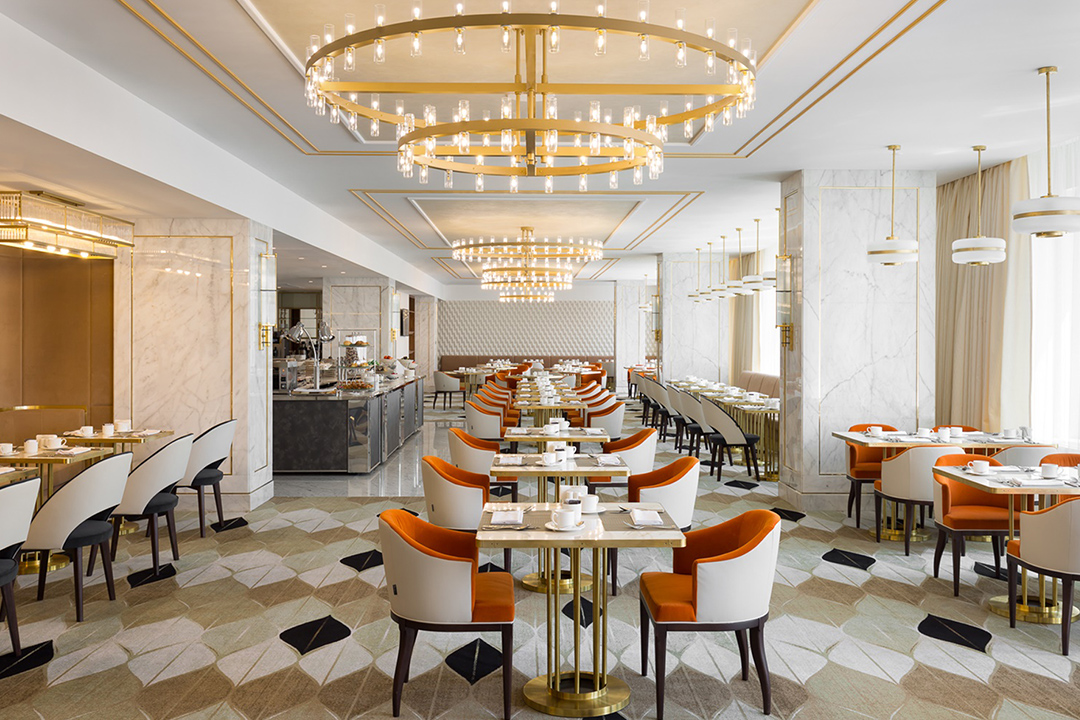 Terrazza Restaurant serves everything from traditional Russian dishes to the Mediterranean and Asian cuisines, against the backdrop of downtown Samara. Surf & Turf, which will let you enjoy seafood and meat together, is the can't-miss item on the menu. The Lobby Lounge on the first floor has the gourmet menu and an extensive wine list. Top-notch sommelier will help you pick the perfect wine to go with your meal.
Information : Lotte Hotel Samara 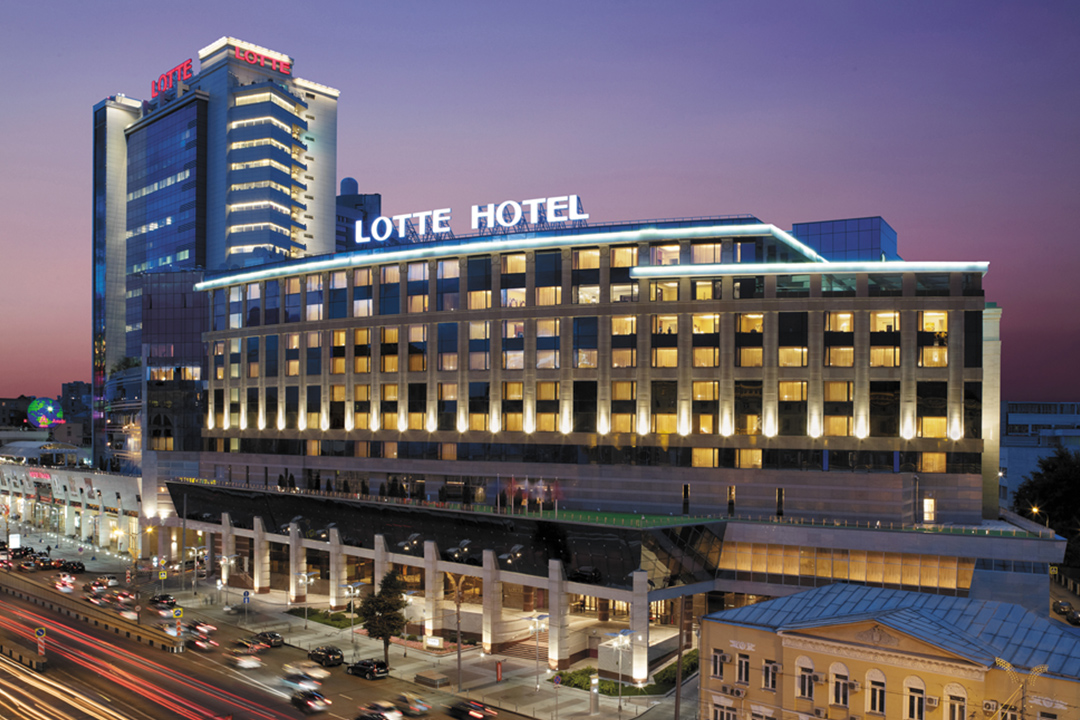 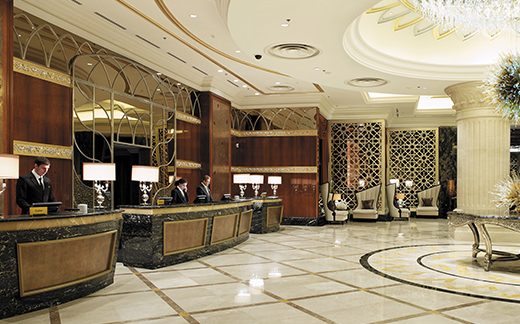 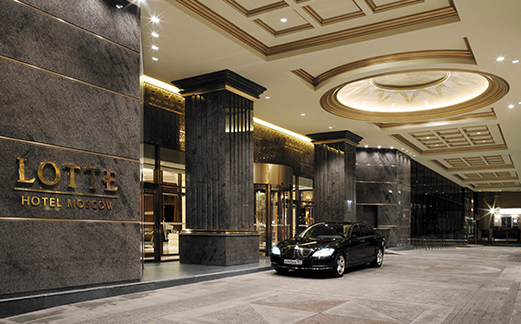 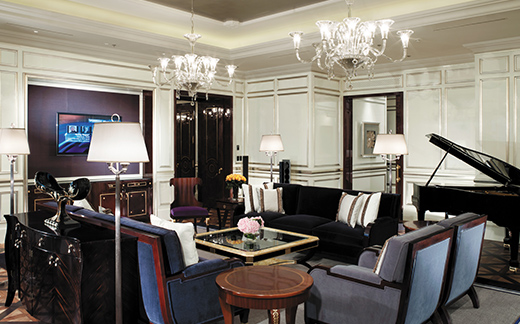 Lotte Hotel Moscow sits on New Arbat Avenue, close to the Kremlin and the Bolshoi Theatre. At 7,117㎡, the hotel has 10 floors above the ground and four more underground, with 304 rooms. If you go past the lobby, with 13-meter high chandelier, you'll reach the Atrium Garden, built in the modern Russian garden style. The hotel also has Mandara Spa and six banquet halls. There are plenty of excellent dining options, with two-Michelin-starred chef Carlo Cracco's ‘OVO by Carlo Cracco' and New York-style fusion Japanese restaurant MEGUmi among four restaurants.
Information : Lotte Hotel Moscow 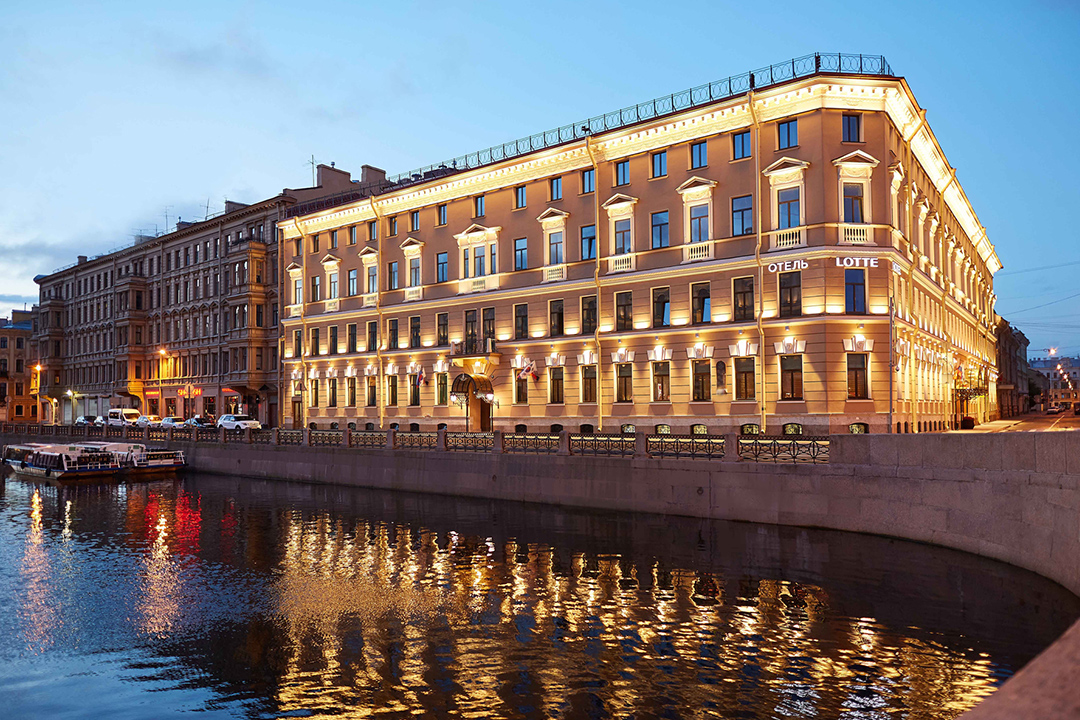 Lotte Hotel St. Petersburg, Bridge to Europe
St. Petersburg is Russia's second-largest city, and is also referred to as 'The Venice of the North' for its numerous canals. The five-star hotel opened in September 2017 as the second Korean hotel in Russia. It's directly across St. Petersburg's most famous landmark, St. Isaac's Square, and is also near the Hermitage Museum and the Mariinsky Theatre. 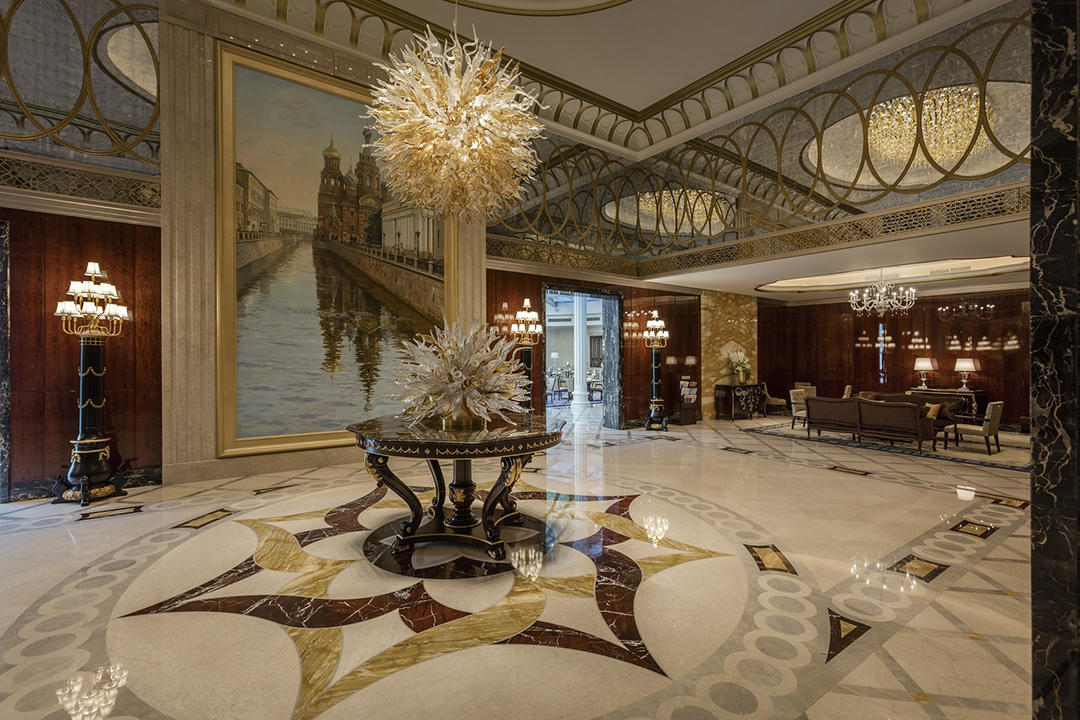 Standing six stories tall, with one underground floor, the hotel has 150 rooms in 10 different types, including Superior, Premier, Heavenly Suite, Superior Suite and Premier Suite. These rooms come in different concepts such as classic, modern and elegant. MEGUmi serves the modern Japanese cuisine, while The Lounge is the all-day dining restaurant, serving you breakfast, lunch and dinner. L Terrasa is the rooftop bar on the sixth floor, where you can also enjoy the view of the beautiful St. Petersburg white night.
Information : Lotte Hotel St. Petersburg 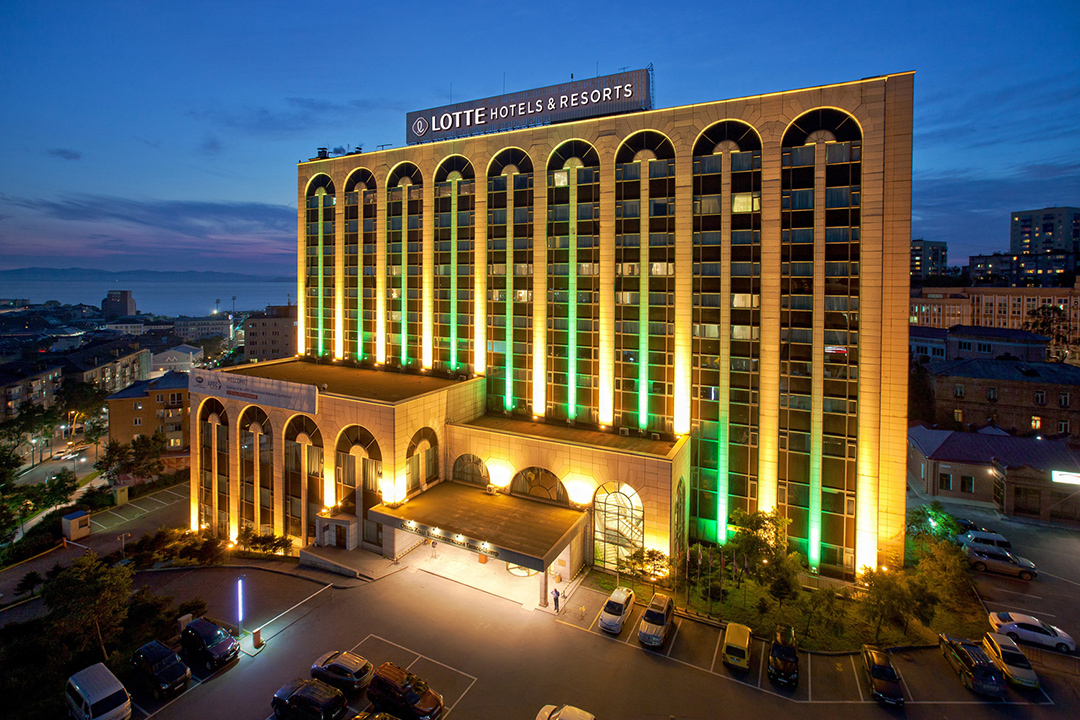 Lotte Hotel Vladivostok, Closest European Hotel
Vladivostok, only two and a half hours from Incheon International Airport, is the largest port in the Russian Far East, and it's also home to Lotte Hotel. Lotte Hotel Vladivostok opened in July 2018 as the fourth Russian location for Lotte, and it's the only five-star hotel in Vladivostok. It's located in the heart of the city on Semenovskaya Street, and it's within 10-minute walks of major tourist attractions, including the marine park, Arbat Street and Arseniev State Museum of Primorsky Region. 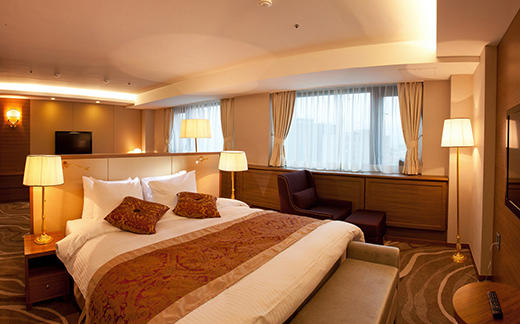 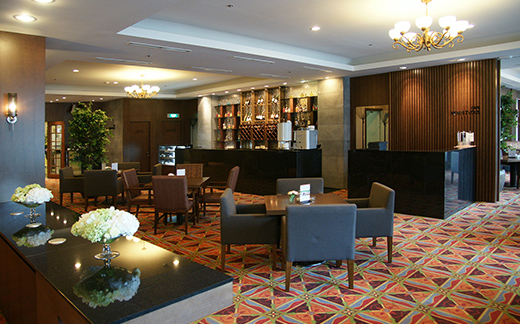 There are 153 rooms, with two types of regular guest rooms and six types of suites, including the Presidential Suite for VIPS. The interior exudes the modern and comfortable air, with the signature dignity of Lotte Hotel. Cafe Rendezvous is the all-day dining restaurant n the second floor, joined by Haekeumkang, the only Korean restaurant at a Lotte Hotel location in Russia. You can enjoy casual Korean cuisine in a modern traditional setting. Sky Bar Pacific is at the top of the hotel on the 12th floor, and it provides a wide selection of wines and whiskeys, against the spectacular view of the Zolotoy Bridge.
Information : Lotte Hotel Vladivostok