Through a Blizzard
Blizzards are nothing. Even when the mercury dips to -30 ℃ in the dead of the night, these drivers will hit the snow-covered mountain road and let their feels and instincts guide them. Welcome to the world of WRC Snow Rally, the world's most treacherous off-road racing circuit.
A car with stickers of its corporate sponsors at its bottom speeds through the snow. With a low bumper and side skirts that nearly graze the surface and a large spoiler at the back, this angry-looking car is driving on a road that seems barely walkable for people. Snow has piled up all the way up to the roofs of the houses on the side, and the car is making blizzards as it sprints by. Even an occasional slip or two won't be enough to slow things down. For drivers behind these wheels, bodily injuries or damage to cars aren't as important as getting to the finish line first. That's par for the course in WRC.

King of Off-Road
We were born to run and jump. And in the history of automobiles that stretches for about 100 years, we have tried so hard to develop motor sports. And these efforts have culminated in Formula One (F1) and World Rally Championship (WRC).
F1 and WRC have much in common. F1 hosts races around the world throughout the year to identify the best on-road driver based on points. WRC does the same, except it does so off-road. F1 is a single-driver competition, while at WRC, the main drivers are each accompanied by an assistant who analyzes the course and checks on the vehicle. Aside from weather condition and the driver's physical well-being, there aren't many major variables in a typical F1 racing. But at an WRC race, weather is just the beginning. All courses are in different shape and form, and drivers may run into wild animals or even people along the way. There are many other challenges that test these drivers. Even Michael Schumacher, the great F1 legend, once said it's easier for an WRC driver to get behind the wheels of an F1 machine than it is for an F1 racer to drive an WRC car. 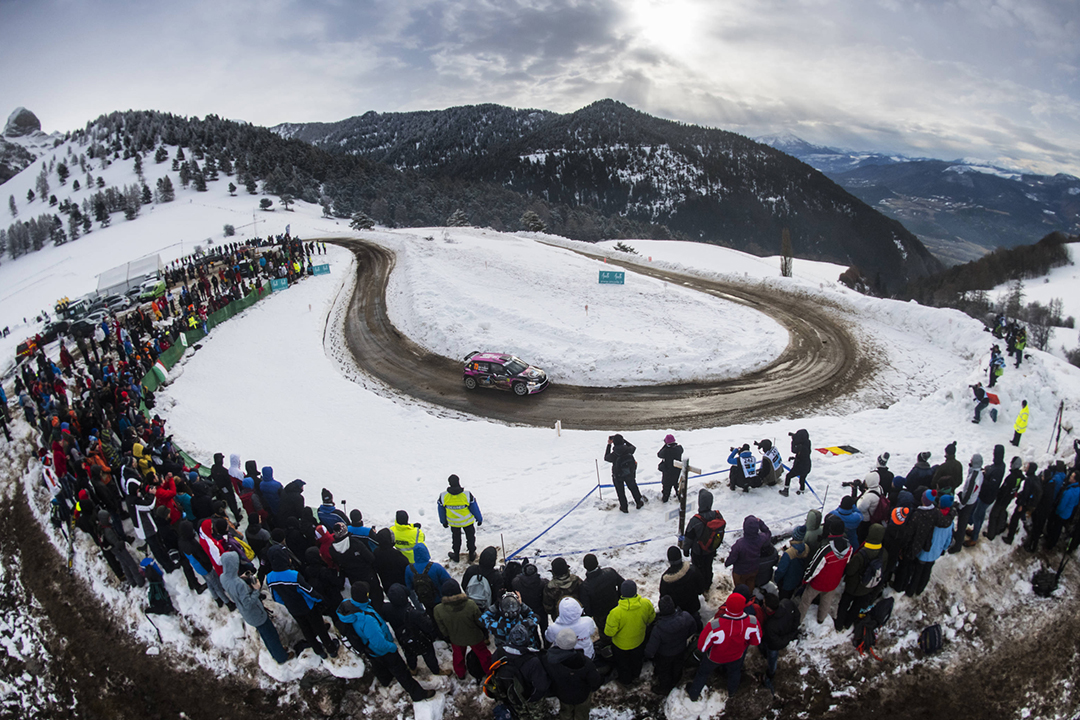 The F1 season goes from March to November. But the WRC season runs from January to November and stops at 13 countries. Rallye Automobile Monte-Carlo in Monaco in January and Rally Sweden in Sweden in February kick off the season. They're also the only two races held in snow, and they're typically called 'Snow Rally' stops. And this isn't your average snow. In Sweden, organizers have to shovel knee-deep snow to make ways for drivers. 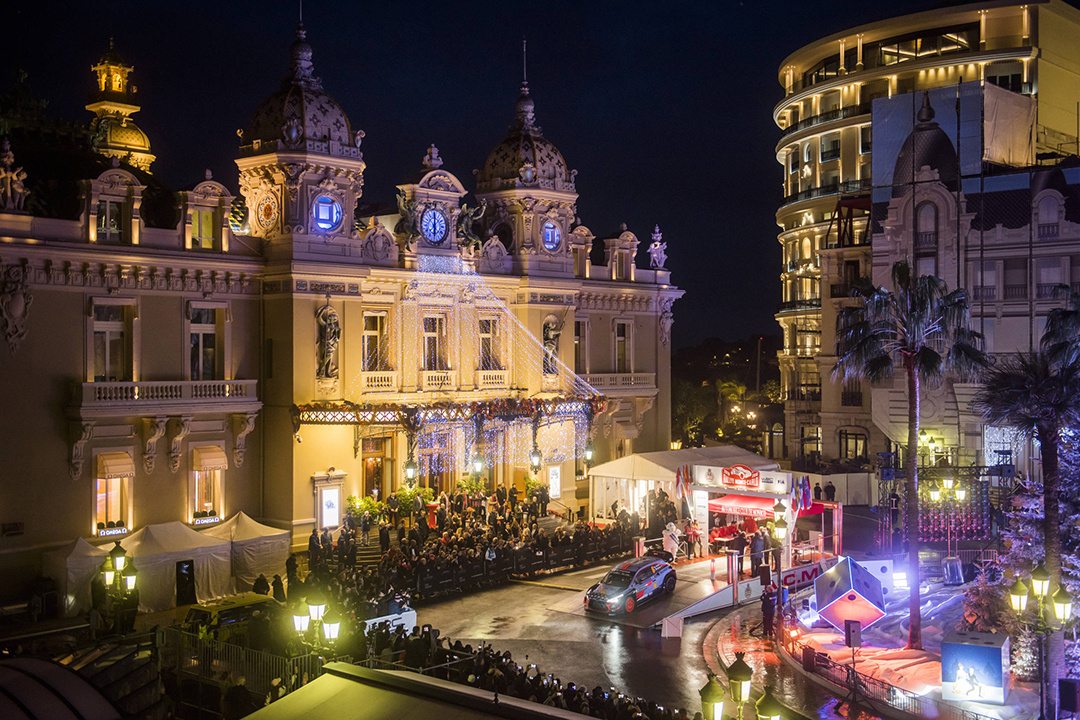 Greatest Winter Sport
Inaugurated in 1911, Monte Carlo Rally is the oldest WRC event. Monaco is the smallest nation in Europe, aside from the Vatican, but a very wealthy one at that, with the per capita GDP of more than $160,000. It's a popular destination for motor sports competitions. Monaco is known for its hot climate. So where does snow come from? Actually, Monte Carlo Rally mostly takes place in the mountains of France and the Alps. After a lavish opening ceremony in the Plaza del casino in Monte Carlo, drivers have to travel 37 kilometers in their cars just to get to the starting point by 9 p.m. (In WRC, drivers must drive from one course to the next).

It may seem crazy to be driving on the pitch black mountain road at over 200 km/h. And WRC courses aren't equipped with fencing or other safety barriers. If the car flips or falls off, the driver is solely responsible. Despite these dangers, WRC drivers all dream of taking the Monte Carlo rally. Not only is it the first race of the season, it's also the world's most storied race.

Rally Sweden is next. Launched in 1950, Rally Sweden is held on the snow-covered mountain track near Torsby and Karlstad. In Monte Carlo, drivers have to deal with many different road conditions - dirt, asphalt, snow and ice. In Sweden, it's mostly snow that they have to tackle. Some drivers say they prefer Sweden to Monte Carlo.

But snow is far from the only challenge. When the race takes place, the temperature in the region falls to about -20 to 30℃, and it could cause damage to the engine and other unexpected problems that can throw drivers off. Interestingly, drivers also experience problems when snow melts. In 2014, snow on parts of the course had melted, and studs on tires got worn out quickly. And that caused a lot of slips on snowy parts that led to crashes. 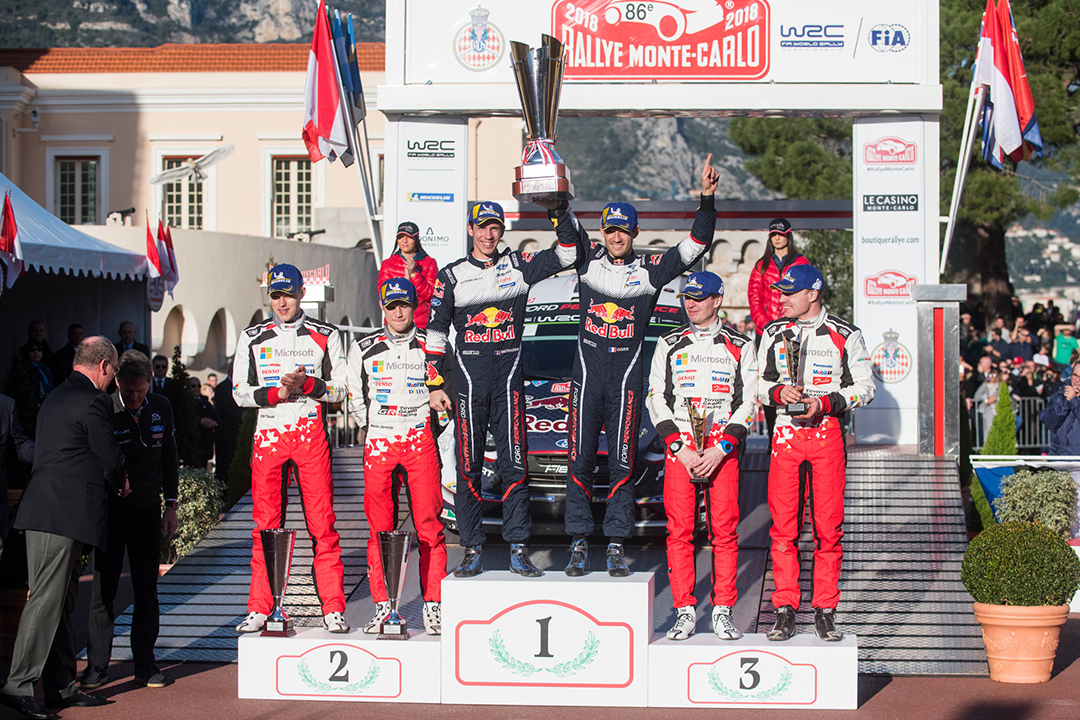 Down to the Wire
In 2018, Toyota and Hyundai, the two Asian giants, dueled for WRC supremacy. Toyota Gazoo Racing captured the overall championship with 368 points.Hyundai Motorsport finished in second place with 341 points.
And Thierry Neuville, who earned 41 points in Monte Carlo and Sweden to take a 10-point lead on Sébastien Ogier, ended up finishing second overall behind the Frenchman. Before the final stop in Australia, Neuville was trailing Ogier by just three points for the lead. 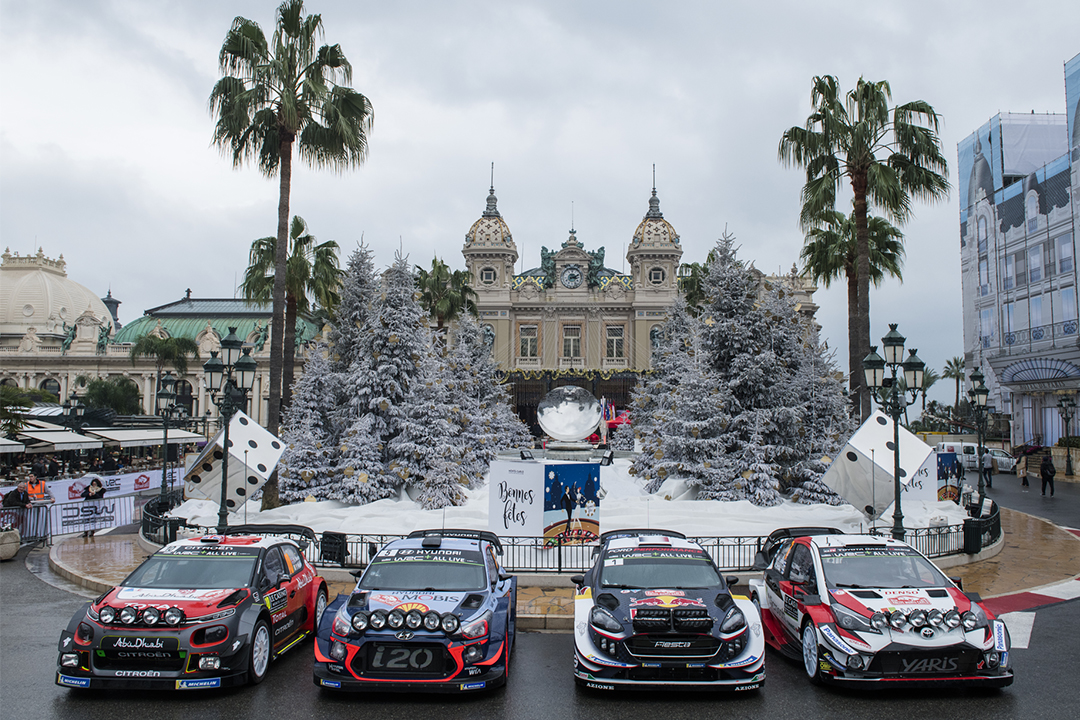 Whether it's dirt, sandstorm or blizzard, these challenges, not to mention the way drivers are so exposed to them, make WRC so thrilling and exhilarating to watch. WRC is the world's most treacherous off-road racing circuit. And the 2019 season will start in Monte Carlo on Jan. 24.